A couple of weeks ago I finished these figures. As life has been a bit unpredictable lately I had not had a chance to photograph them before today.

The majority of them are for my Crazy Crew Gang (marked in red). These are becoming so numerous that I think they will be turning into a new faction rather than just another Civilian Gang. I now have plenty of long range weaponry as well as close combat items that they should be able to live in their own settlement, and take care of the Zombie problem as well. I am also thinking of using them as gun runners to the Monkeys which will make them Outlaws. I also dug out some Monster trucks I bought years ago on a whim which will suit this gang.

The other three figures are; a Mother Superior figure from Reaper to command my Sky Clad Nuns, Michael Jackson Zombie and man on Toilet (terrain) both from Mega Miniatures. 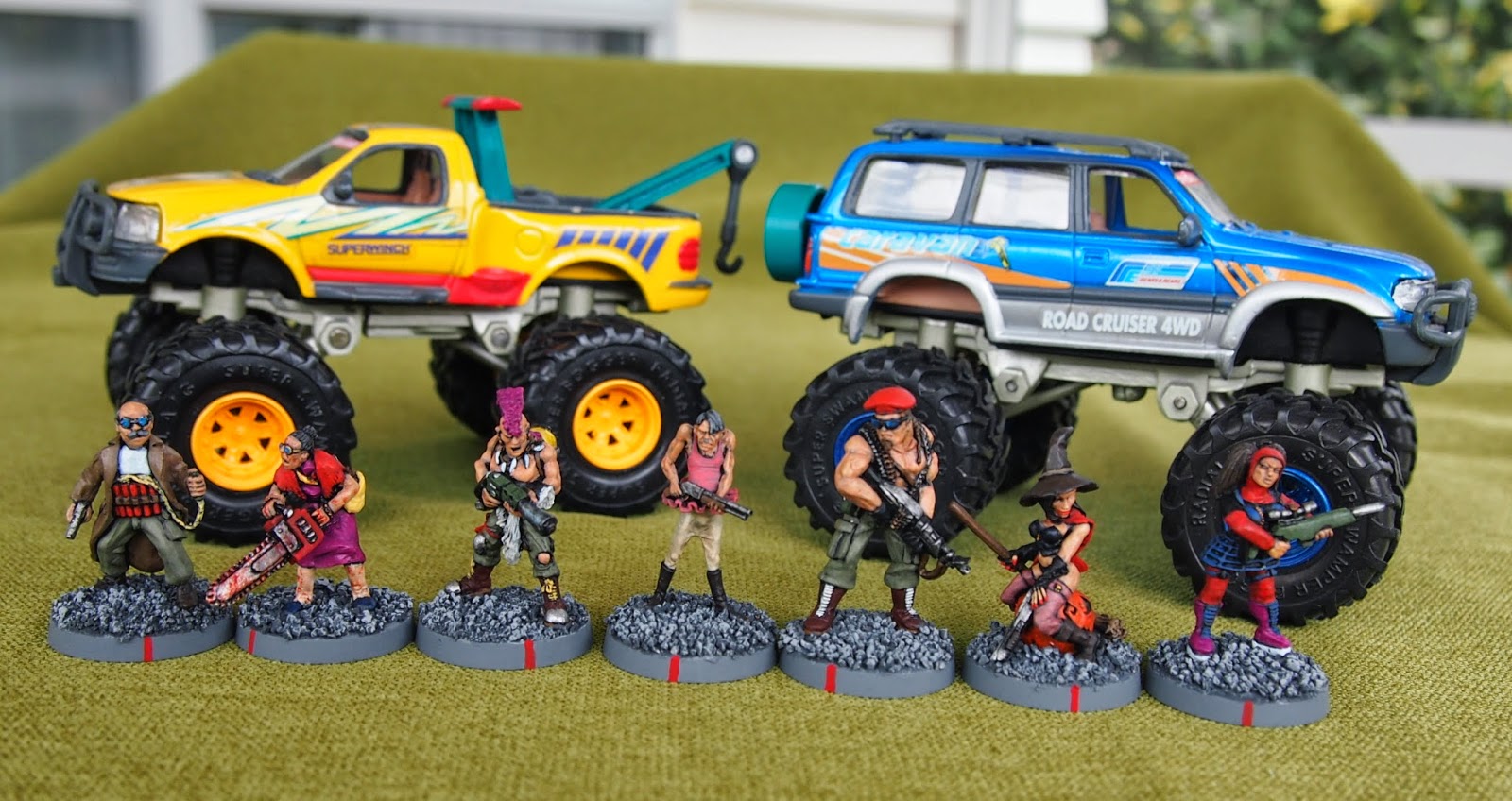 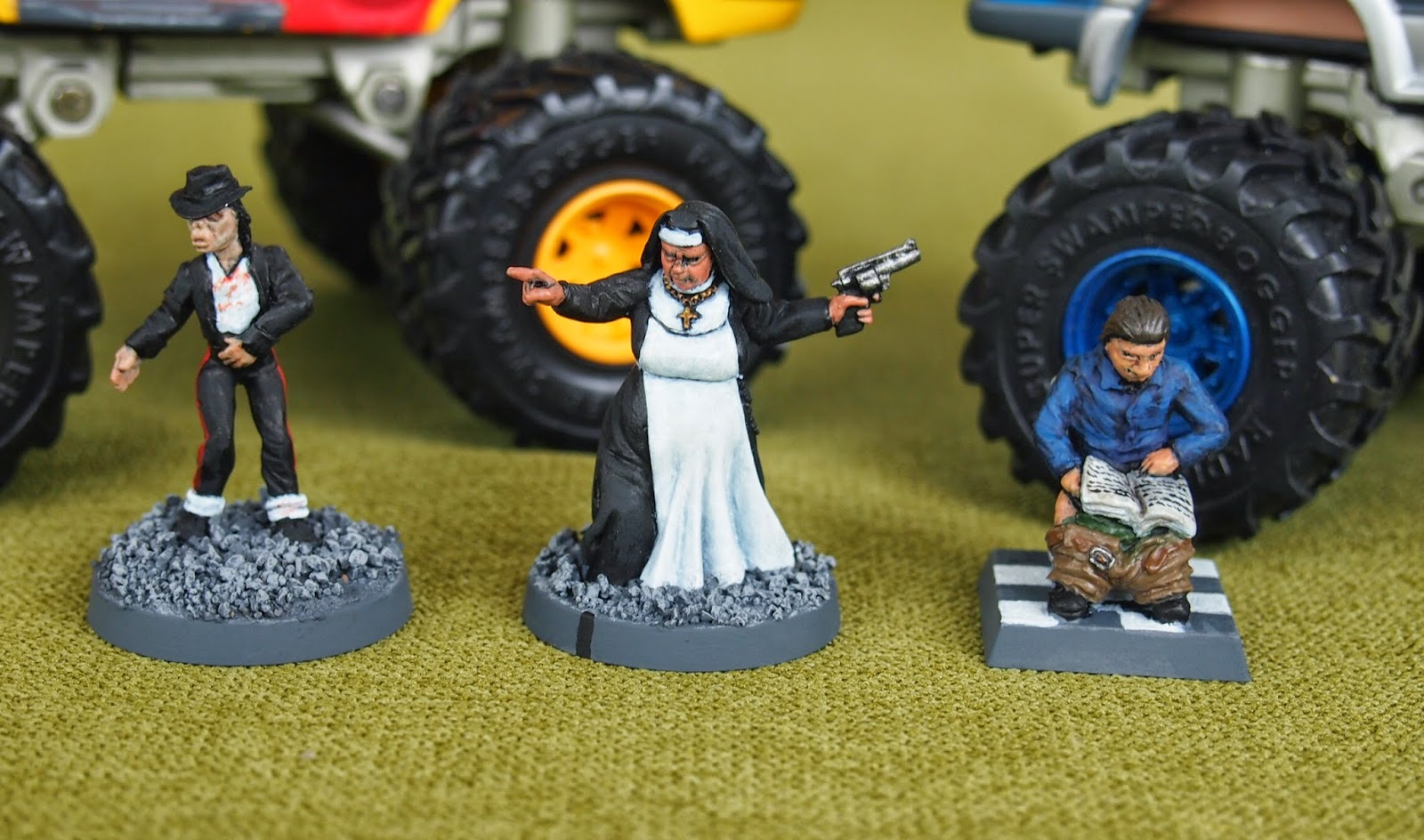 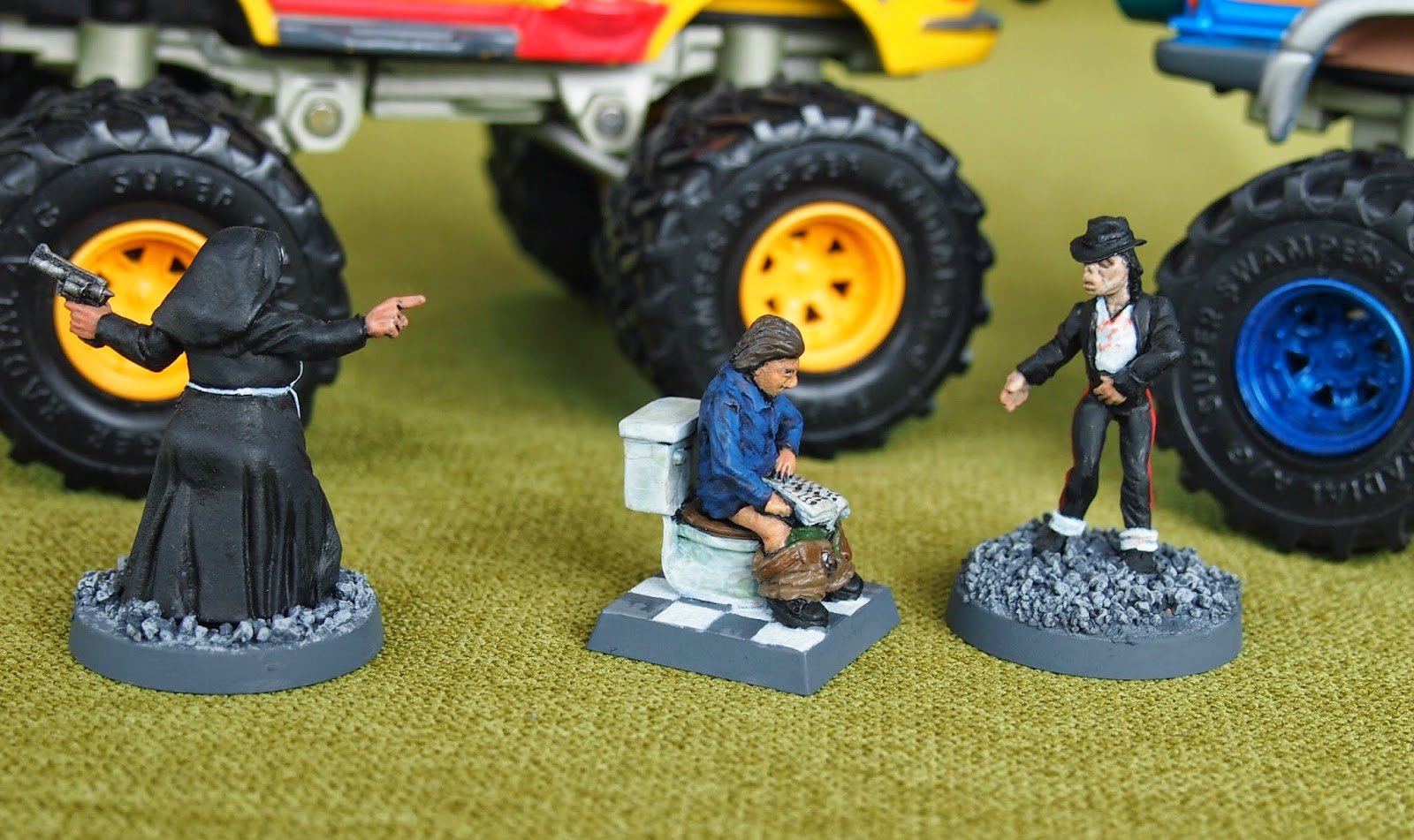 I have marked up the UN vehicles with some Letraset sheets I bought years ago and thought I'd lost. The backing sheet is really stiff which made it hard to lay the letters down on the Models. One sheet was so old it kept shattering into small pieces, but I got there in the end after several attempts to put down each letter.
I need to add a command vehicle and several transport vehicles to this unit. I also think it needs more AA weapons as well. 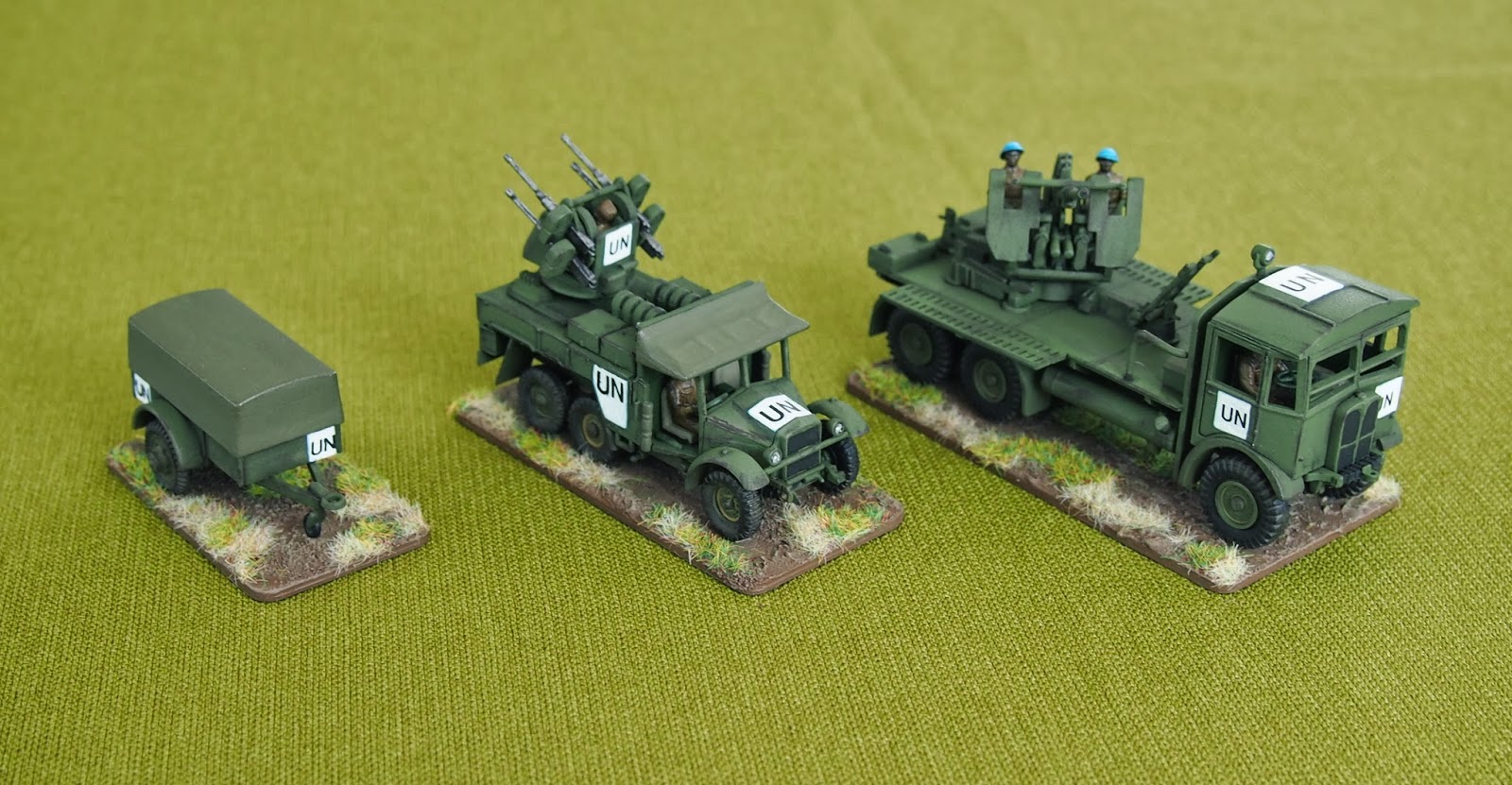 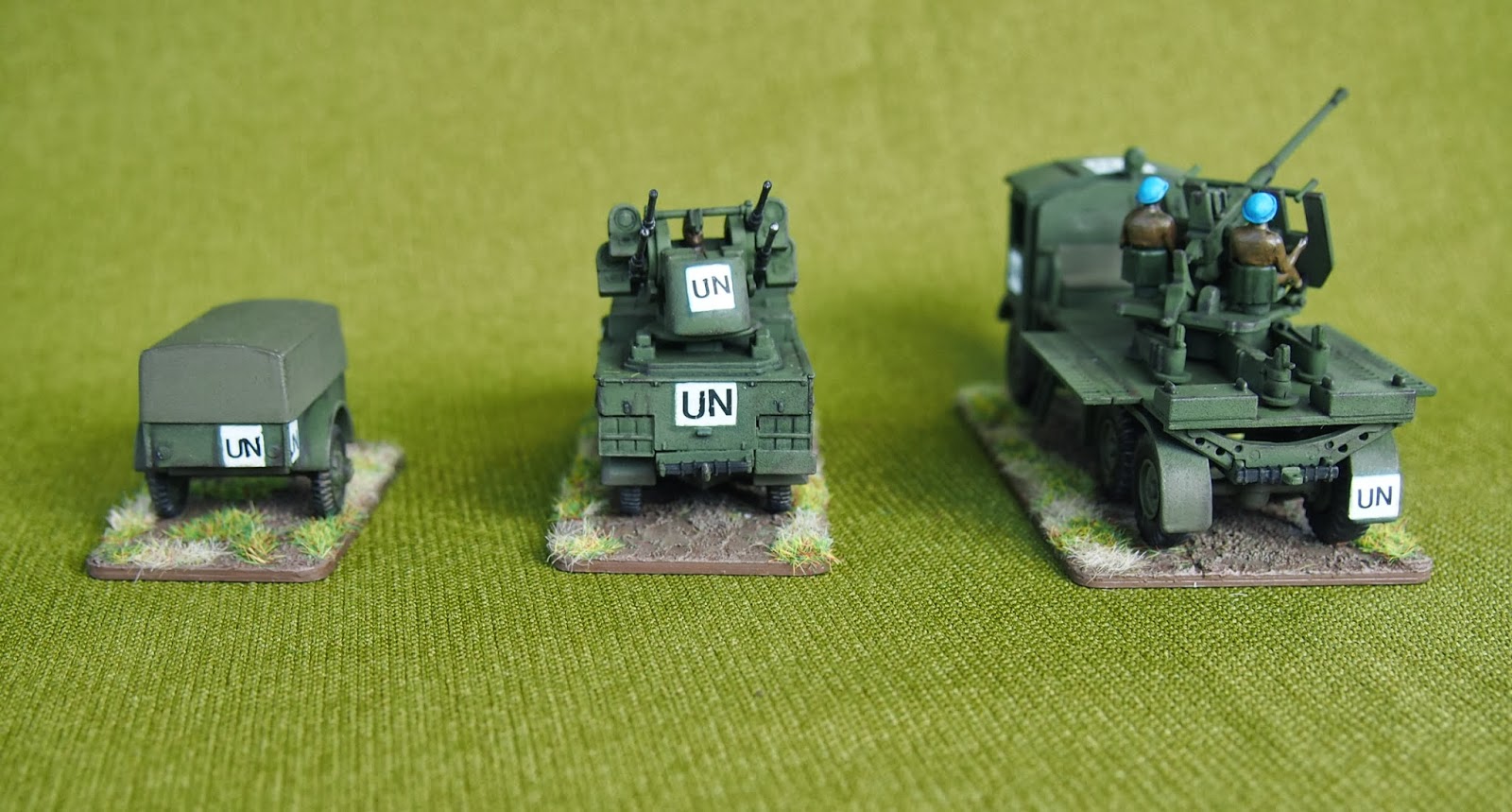 I have made a start on other vehicles assembled from the bits box and Airfix models. The Jeep is either going to be a Command vehicle or an Airport vehicle with a follow-me sign on it. The Airfix half-track with the Matchbox Quad AA gun will be for my Belgium Tank unit. 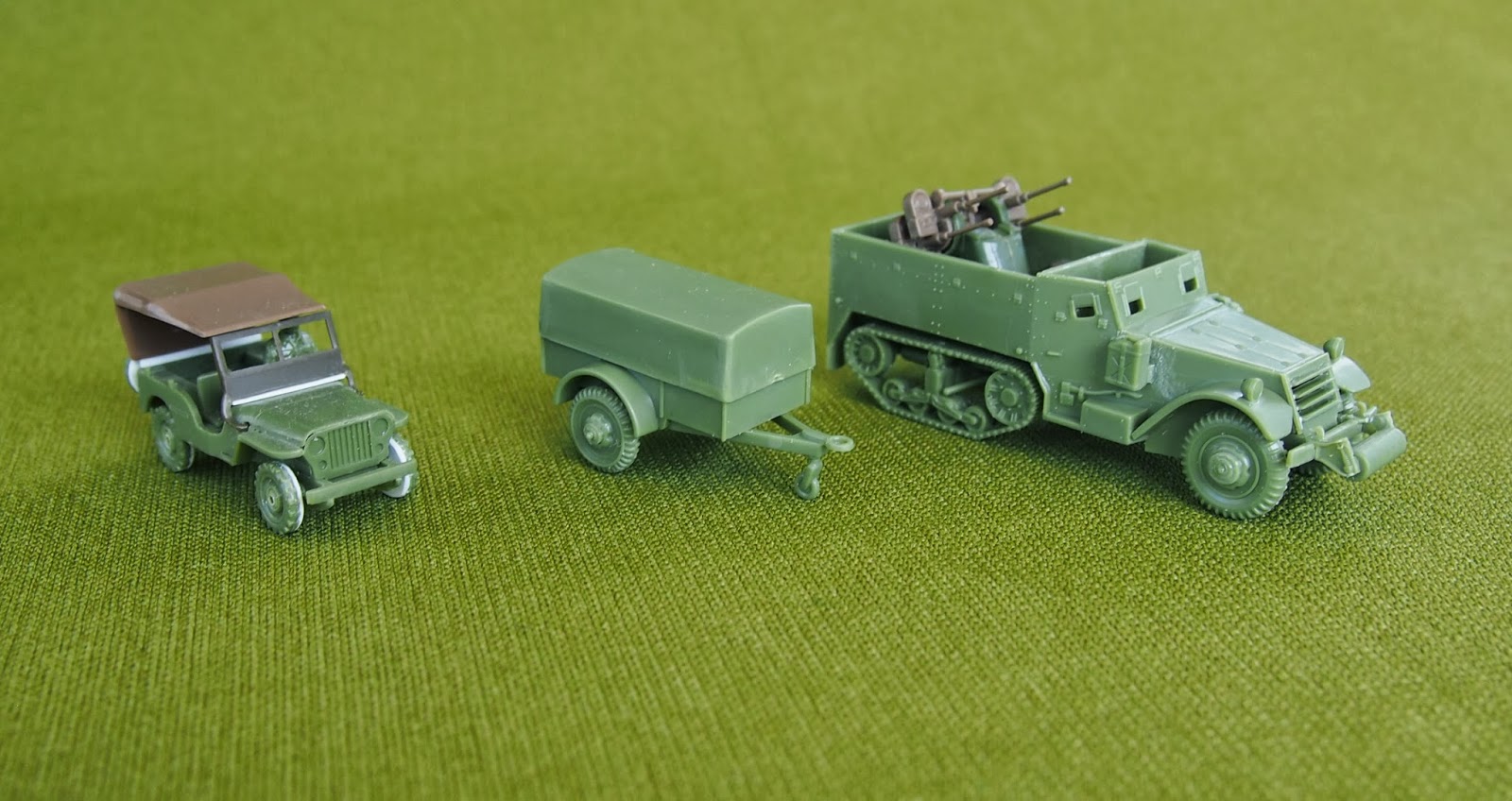 These old Half-tracks models were first assembled in the mid 70's while I was still at school. I hope they paint up ok. I mounted some excess 6pdrs Israeli style. I intend adding a command vehicle armed with a US 37mm gun. 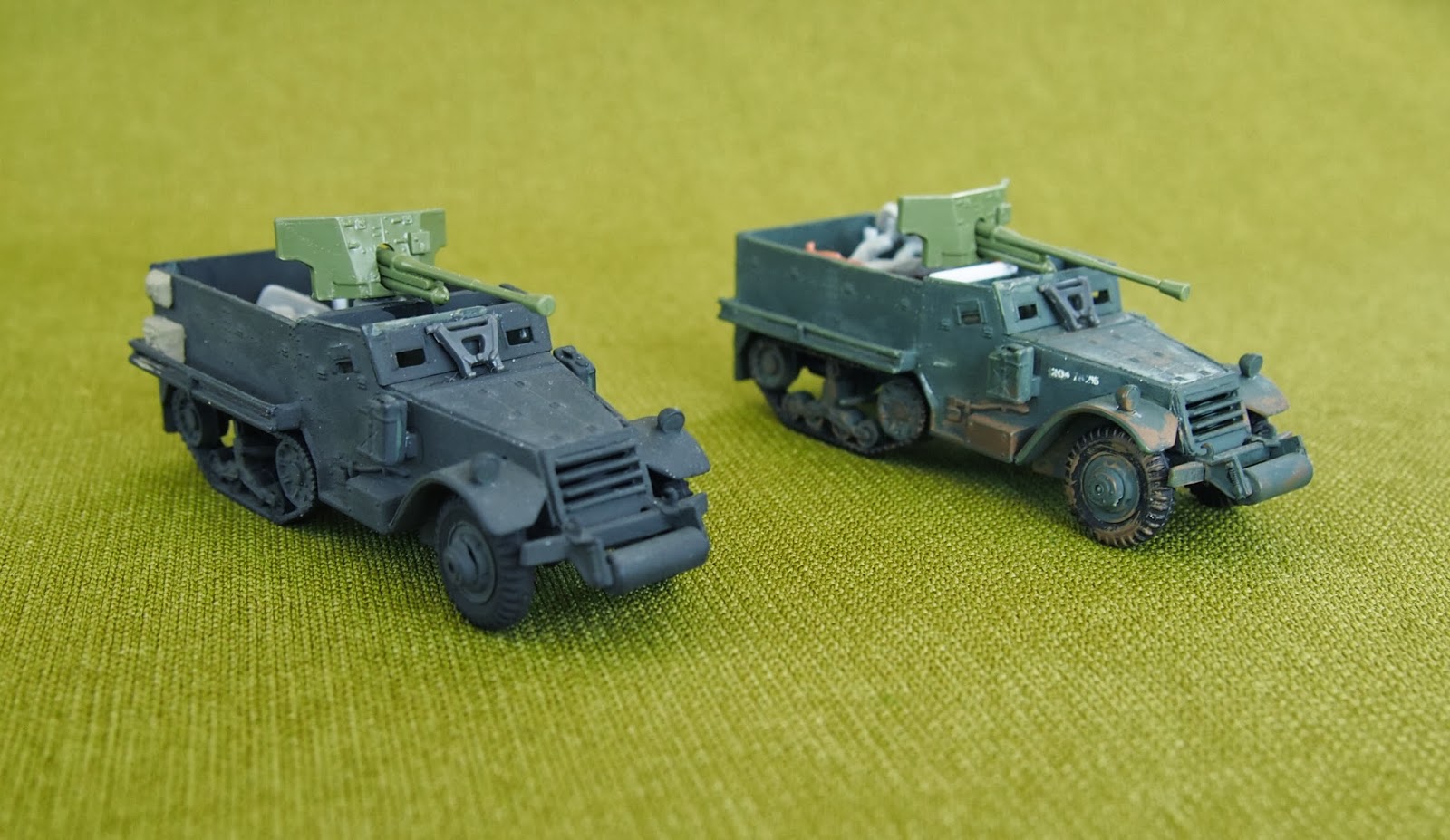 These ex Soviet Tanks will be for my Independence Force. I added some extra oil drums to the T34/85's. 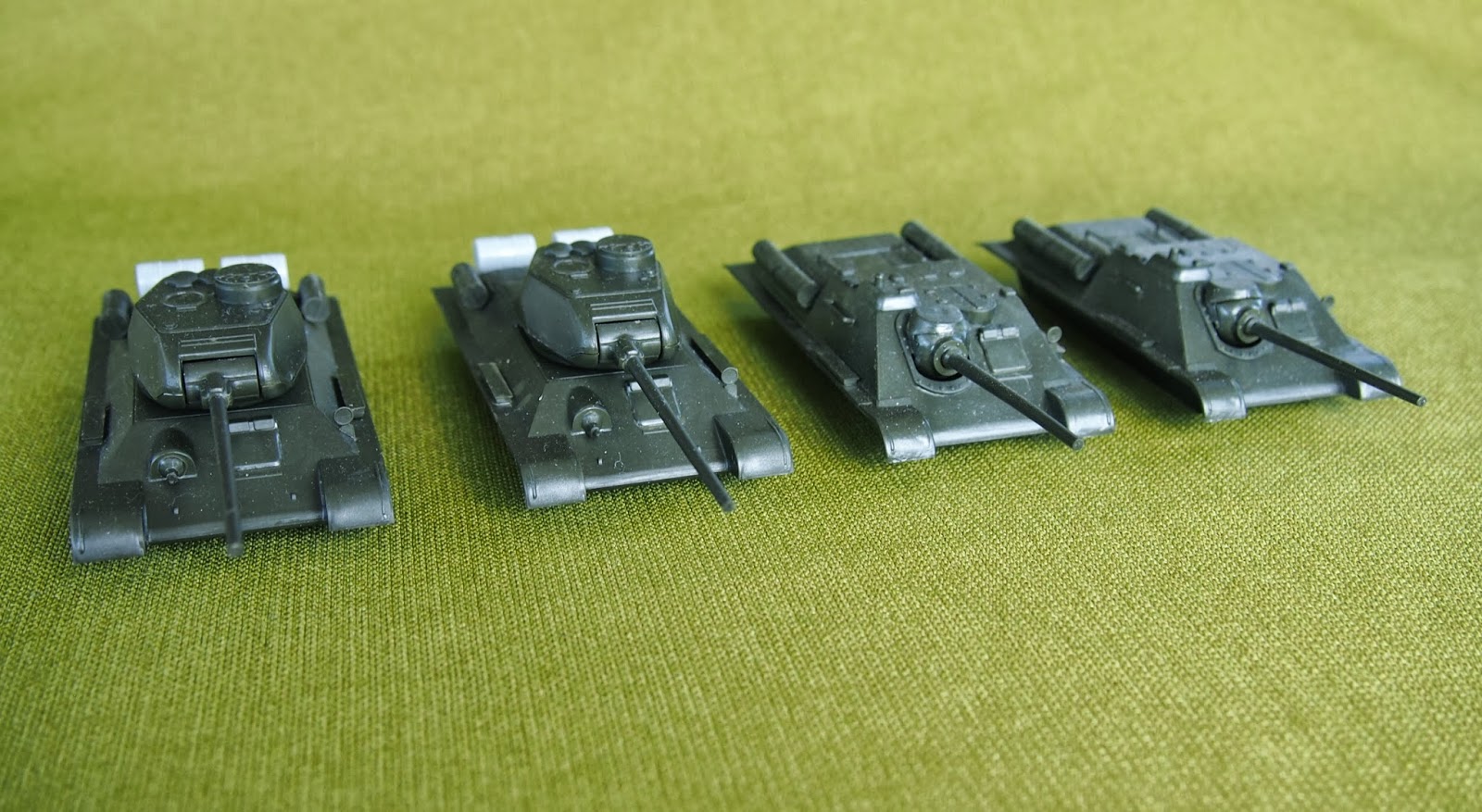