So whats on the Work Bench?

Its been awhile since I have posted anything Wargames related on the Blog, this is a bit of a catch up.

Blogger has changed since I last posted some photos and I'd like to say that the new interface sucks. It could also be due a compatability issue with my old iMac which is starting to show its age?

First up some sandbag emplacements which are a mix of bought and scratch built items. I made these especially to fit in front of AT guns so had to lower a couple of them. They are on my Wargames table at the moment but I have not had a chance to use them in a game. 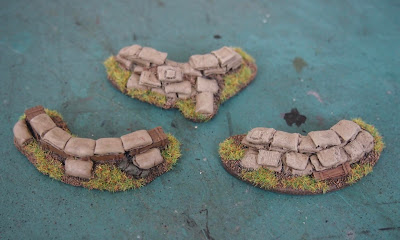 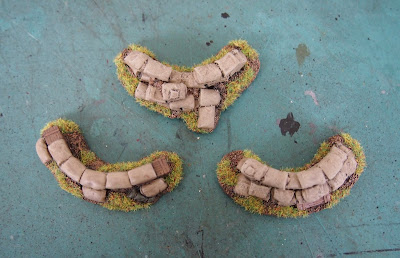 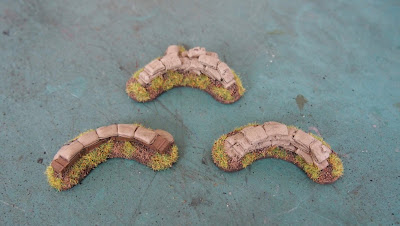 Next up are the twelve Ancient British Chariots that I am working on. Six are from Victrix and the other six are from Renegade. The Renegade horses were like Cart horses which seemed completely out of place so I used them for my Robin Hood project. I replaced them with three sets of horses from Foundry and three from Wargames Factory. Maybe I should have used the LoTR Horses I have as they would have matched the Victrix horses better? They have been stuck to their bases an hour ago so too late now. 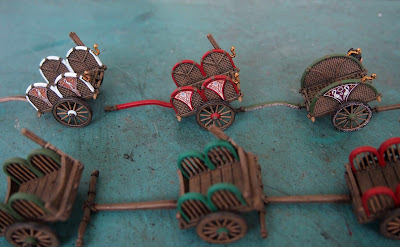 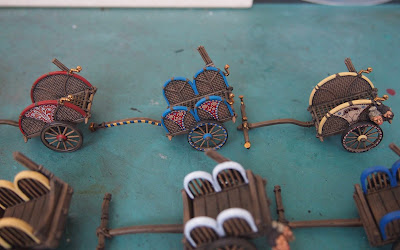 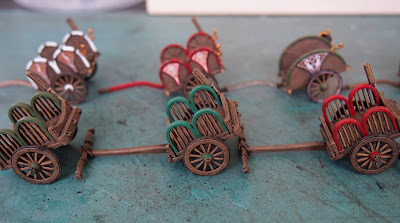 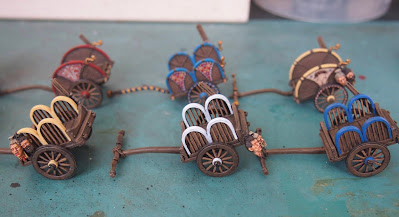 The Victrix Chariots are at the back with the Renegade at the front. 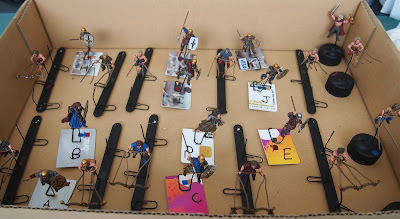 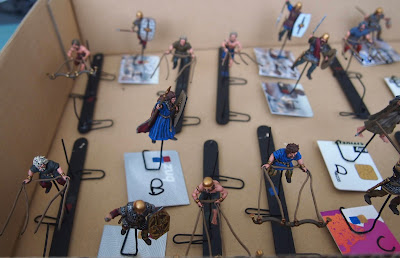 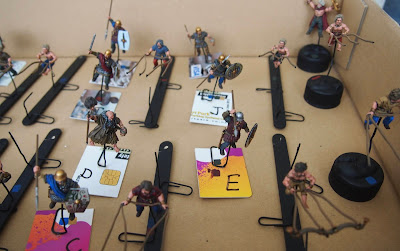 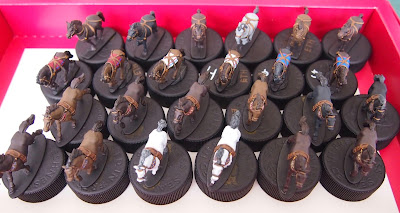 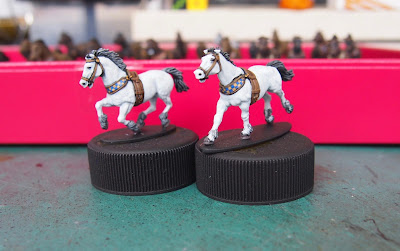 I had a conversation with a friend about doing Crete as I have some of the old Foundry German Paras. I also wanted some Gebergjagers. I found some from Black Tree but knew they would be larger than my Paras so decided to use some Perry Afrika Korp instead. These are really slim but quite nice and lend themselves well to conversions. The metal figure is an old West Wind figure. 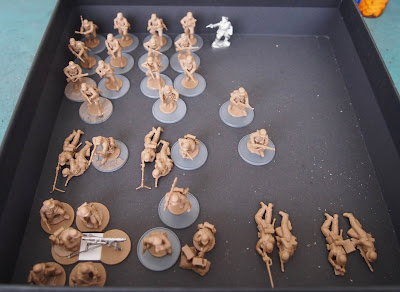 Also on the work bench are my Future War Police figures. I have had little time to work on them but have managed a single coat of Dark Blue.  I think I have a colour scheme worked out which is partly inspired by Judge Dredd and some Cyber Punk schemes I found on the Internet.

John Shaw is a Spammer.

He keeps attempting to post links on my page and I keep marking them as Spam. I hope that he finds a useful hobby soon as he is wasting his time.

I do wonder as to his mental ability as he does not seem to get the message.

I do wonder if John Shaw is his actual name? It is most likely an assumed name and he works out of some Third World Spam Factory conning little old ladies out of their life savings.

John Shaw will most likely try and Spam this post as well just out of ignorance.

Really the world does not need people like John Shaw around.

Sorry if you came here expecting an interesting post rather than me musing about John Shaw. I do have a post that I have been thinking about doing but have been tied up with trying to paint twelve Ancient British Chariots and it is taking a rather long time as I want to do an outstanding job of them as they will be the centre piece of the Army I am assembling.

Now if John Shaw wants to write and tell me that I have written the above paragraph wrong, then that might be a useful contribution that he could make for the first time in his life.

Good wishes to everyone in this difficult time (except for John Shaw of course).