This time of year I realise that I really need a light box. Usually the light on my Desk is enough for photography but not during the winter months. These figures have just been completed which brings my total to 13 Chariots and 132 figures. Still quite a few to go to make a 450 point DBMM Army.

Five of the figures were left over from the Chariots. These were such nice figures that I could not just discard them, so three of them got swords and shields, one got some heads and a shield. The fifth just needed a shield. 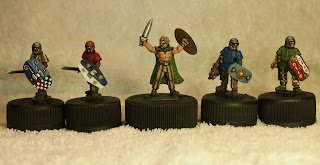 The other eight figures are an Infantry Pack. I really wish that I had bought more of these when they were for sale as they were such a pleasure to paint. Shield transfers may be available as well if they were. They got spears cut from left over Victrix arms. 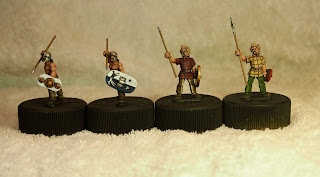 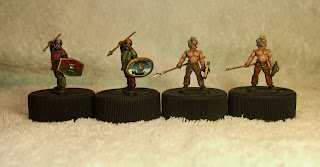 Next batch will be some Black Tree Infantry figures.