Just some Black Tree Design Celt Slingers that have been photographed before I mat sprayed them. I still have not ordered ant bases for this Army yet as I am still uncertain about the postage situation. 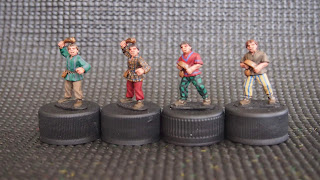 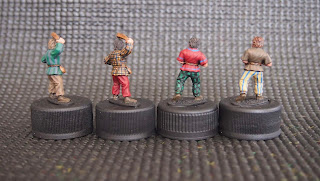 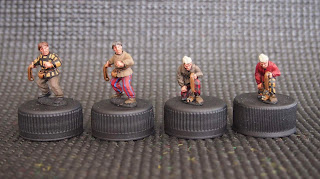 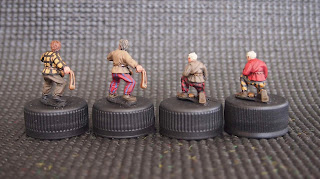 After I finished the previous Fanatics and made a joke about the Sex Pistols I thought that I should have made a joke element. I have the maximum allowed Fanatics so I will only use this stand occasionally. 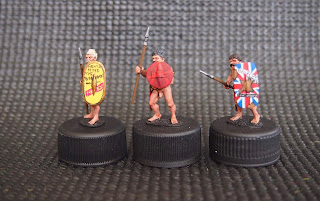 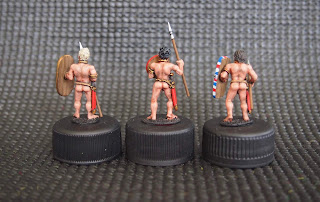 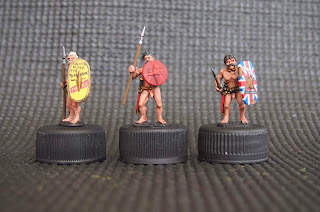 For now, he says.

I've had the Wargames Foundry figures painted for well over a decade now as they were used for a Demo Game in about 2004, give or take a year. I bought some other items from Warlord Games whenever I've been ordering something else. The figures from Warlord are a little taller than the older figures but they seem to work together ok.

This Model A van I had originally painted up to use as a GAZ Radio Van for my Russian forces. As I had only painted two Infantry Sections and two Scout sections before I abandoned that project, I will have to go back and finish it sometime. During the Lockdown I was watching the Dads Army marathon on TV and remembered this Van. A quick Google for the signs and a repaint of the windows and it was done. 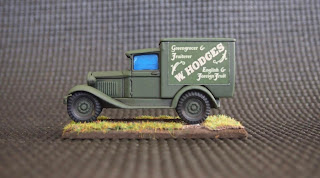 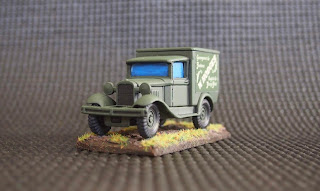 Before the Lockdown I had bought and opened some Araldite and Super Glue and thought I had better use them before they dried out, so dived into the Lead Pile to find some things that needed assembling. These Dads Army items were the result of that search along with the PAK40 I will be painting soon, (Also the 76m AT Guns just finished)

This Smith Gun was a tricky little item to assemble. I also added a plastic Brit crewman fitted with a lead head and helmet that was left over from the kit. 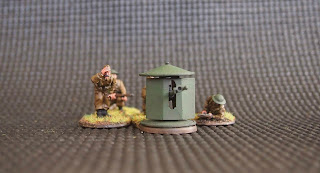 This Armadillo turned out nicely. It is based as most of my Early Vehicles are as I started with some Tony Ashcroft 1/56th 38T's which have an integral base. The figures are quite a tight fit and needed some slimming down. 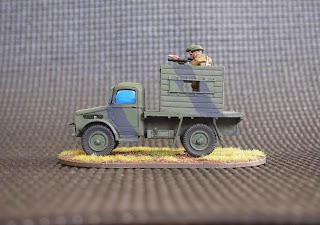 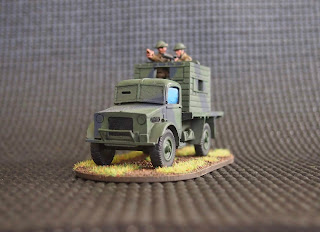 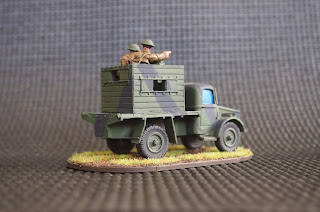 A Bofors 40mm AA Gun. I added an extra crewman and a dice to the base for casualty removal. The plastic figure has a metal Helmet and took some slimming down to get him close to the others. I still think he looks odd. 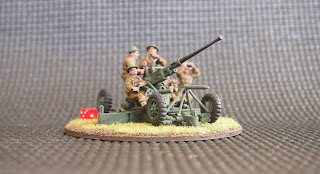 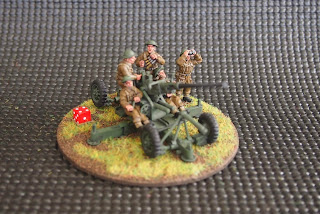 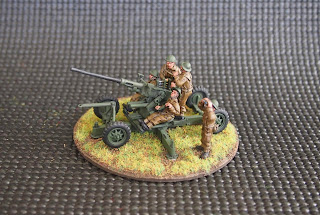 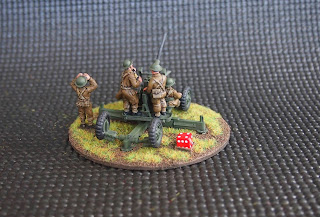 There is quite a tale behind the purchase of these guns.
I wanted a 76mm AT Gun as I was planning to enter a Bolt Action Competition with my US Winter themed Troops. However I decided that the paint jobs were not up to it and entered with some Late War Germans instead, and ordered the Gun anyway. What turned up was a Gun crewed by summer equiped troops. I complained to the local supplier who asked for photos etc. They were informed by Warlord that they cannot supply the correct troops and refunded my money. About a month later another Gun turned up from Warlord for free with the correct crew! So now I had two guns with a Summer crew and a Winter Crew. Some time later I downloaded the Old Hickory PDF from TooFatLardies and found that I could use these two guns and the two old Black Tree Design 57mm I already had. Only I needed more Crew figures. Two sets of Artizan Winter Gun crew were ordered to which I added the four figures from a Warlord Gun and then the Summer Crew were added to the 57's with a couple of BAR Gunners from Crusader Miniatures to make up the numbers. 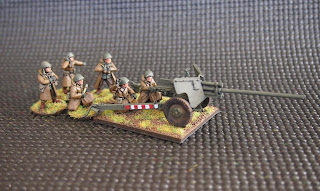 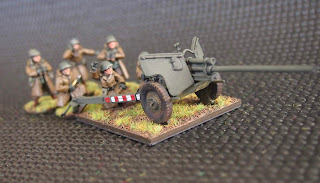 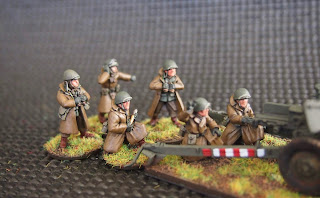 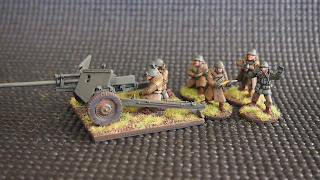 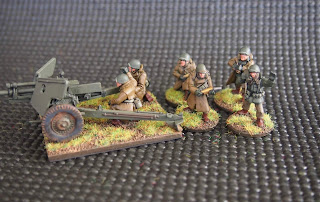 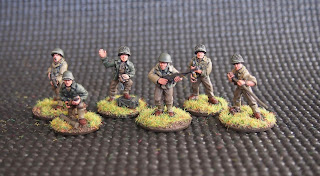 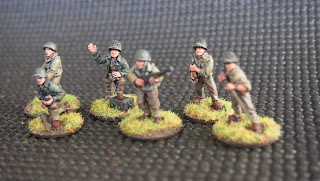