Since I had a half box of Warlord Celts and have not painted anything for this Army for about 6 years , I thought I'd practise painting some. These do not match my other figures in size or sculpting style so they may be just temporary place holders. The figures are meant to be adolescents so unless I can find something that fits the description these will have to do.

My photography skills suck today as I used the wrong settings but hopefully these will do for now. 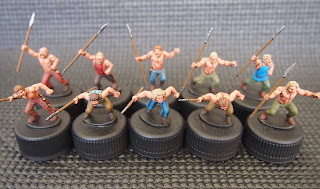 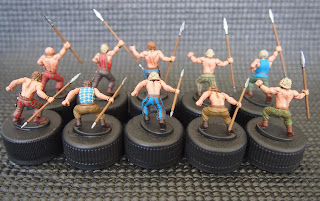 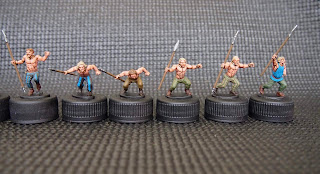 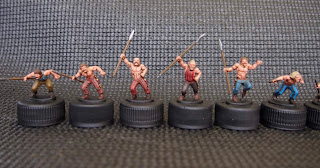 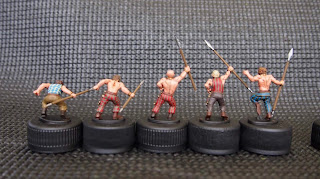 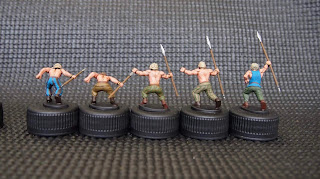 Well I have actually managed to finish something. I had only been able to spend an hour on painting on Sunday afternoons for a couple of weeks, and then I seemed to regain my energy and have managed to paint four nights a week for the last couple of weeks.  I have also managed to find the enthusiasm to buy some Vitrix Celt Chariots and Gaul Cavalry and also all the DBMM books. I still need to buy some MDF bases. I have also managed to sit in on another two DBMM games taking a command.

I bought these figures from Ebay and thought from the photos that there was a chance that I could use them as they were. Unfortunately the paint jobs turned out to be a bit rough and some of the bases fell off so I had no choice but to strip them and start again. This turned out to be a good thing as they are now almost indistinguishable from my other figures. You might remember that I was worried about the Great Figures being a bit small? This batch of figures looked like they were sculpted by three different people and the sizes are a bit mixed. I thought that I might as well paint up some Great War HMG gunners at the same time. These turned out to be a great mix and once added to the bases look like they are interacting with the original figures. The left over figure will donate his head to a Flag Bearer conversion that I am planning.

When I took the photos the sun was streaming onto my paint desk so they look a bit washed out. I have tried to change the colour on a couple of the photos so they are not really the light Blue they appear. I will have to put these aside for now as I have other things that are more urgent to paint (Celts). 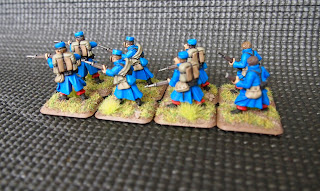 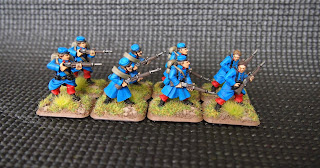 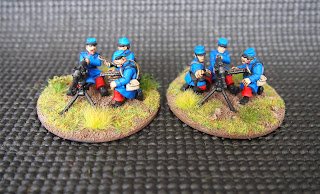 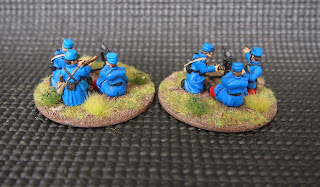 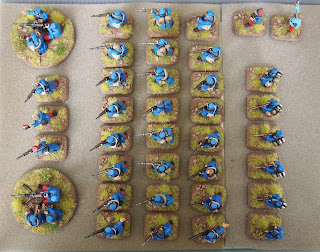