I think I may have mentioned that this was originally made with Necromunda in mind, but I decided to use it for my Future Wars collection. I have been doing some reading about Judge Dredd and really like the backstory on that. My Future Wars collection started as a German based theme with my Copplestone Police. I now see this Terrain as part of the services required for one of the large Habitation Blocks. Not everything can be built underground so this one is above ground. The reason for the large Hazard strips is that the pipes are filled with Toxic or other unpleasant waste matter. It would be unwise for a flying vehicle to crash into them.

I have used posters I found on the Cyber Punk Facebook page and some other places on the net to decorate the structure as it looks a bit bland otherwise. The Towers are made from Pringles Tubes, the pipes are some plastic tube I found somewhere, and the walkways are some recycled parts with Granny Grate. there are still plenty of unpainted items to paint. I will tackle doing the Water Blasters next once I finish the building I bought two weeks ago. 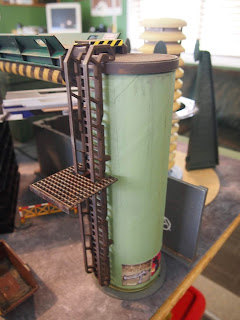 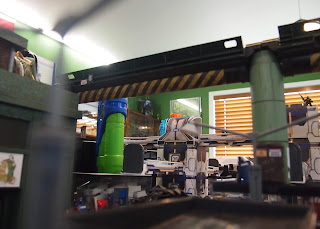 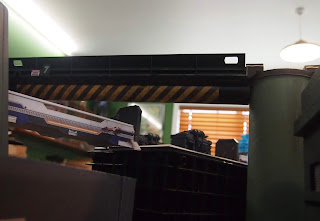 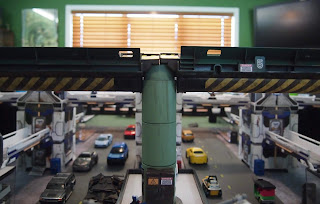 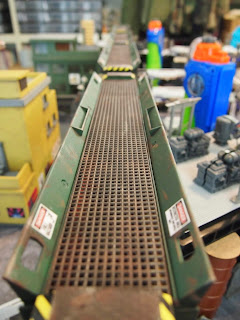 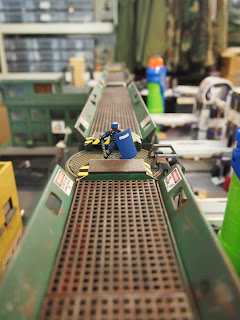 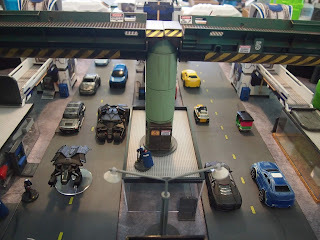 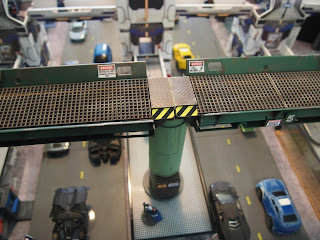 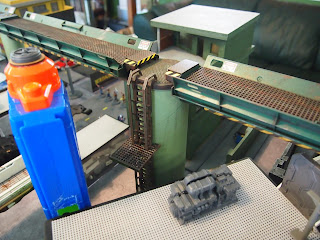 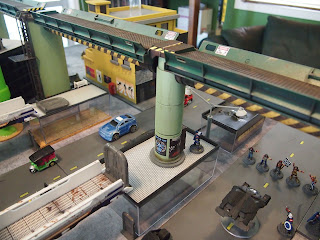 I think that I will be putting this project aside for now as no actual gaming has eventuated. I have another Gang planned which is Human that I will do when I find I want to do something different. I have too many other things I need to paint.

I bought these Goblins off Ebay but found that one of the Fanatics was missing his head. I then had to buy some Blue Stuff and attempted to copy the other one. The first attempt using Green Stuff did not turn out very nice but the second attempt using Selleys Knead-It worked out well enough. Including the flattened nose as I had made the mould too shallow.

I have made no attempt to name any of them as I am fast losing interest in this. The Troll gave me a few issues. I wanted to try a blue skin tone and at first did not like it so put it aside for a few days. I then took another look in daylight and quite liked it, and then added some white veins. The eyes are not right as is also the Squigs, so I may revisit these after I have had time to think about it. 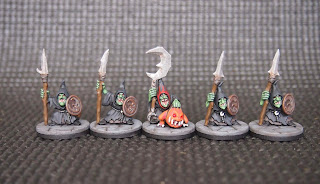 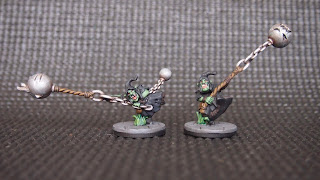 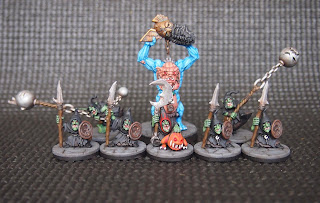 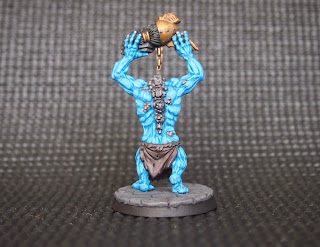 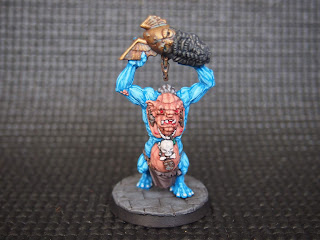