Over the Christmas break I decided that I could not face painting Zulus which had been my plan. I felt a bit bored painting 28mm Humans and wanted to do something different.

In the back of my mind I had wanted to do an AK47 type project in 15mm but I had sold all my painted and unpainted Soviets and decided that 20mm would work just as well. I have a few building that would work in both 15 or 20mm for Airfield buildings or factories, and some tanks that are excess for my WW2 collection. So did a repaint on a few of them plus a few conversions of AA vehicles for a UN unit. The game of Bolt Action that I had played in 20mm convinced me of the usefulness of those rules for this project.

I thought that this would be a cheap project but have spent heaps on Soviet Vehicles and Aircraft plus some more buildings. I also bought a large amount of figures from Elheim.

The premise is that the Congo Conflict has escalated with other Nations claiming land and or sending ex WW2 Tanks and equipment in support of either side. First completed Unit is a Belgium Tank Unit with SP Artillery support. 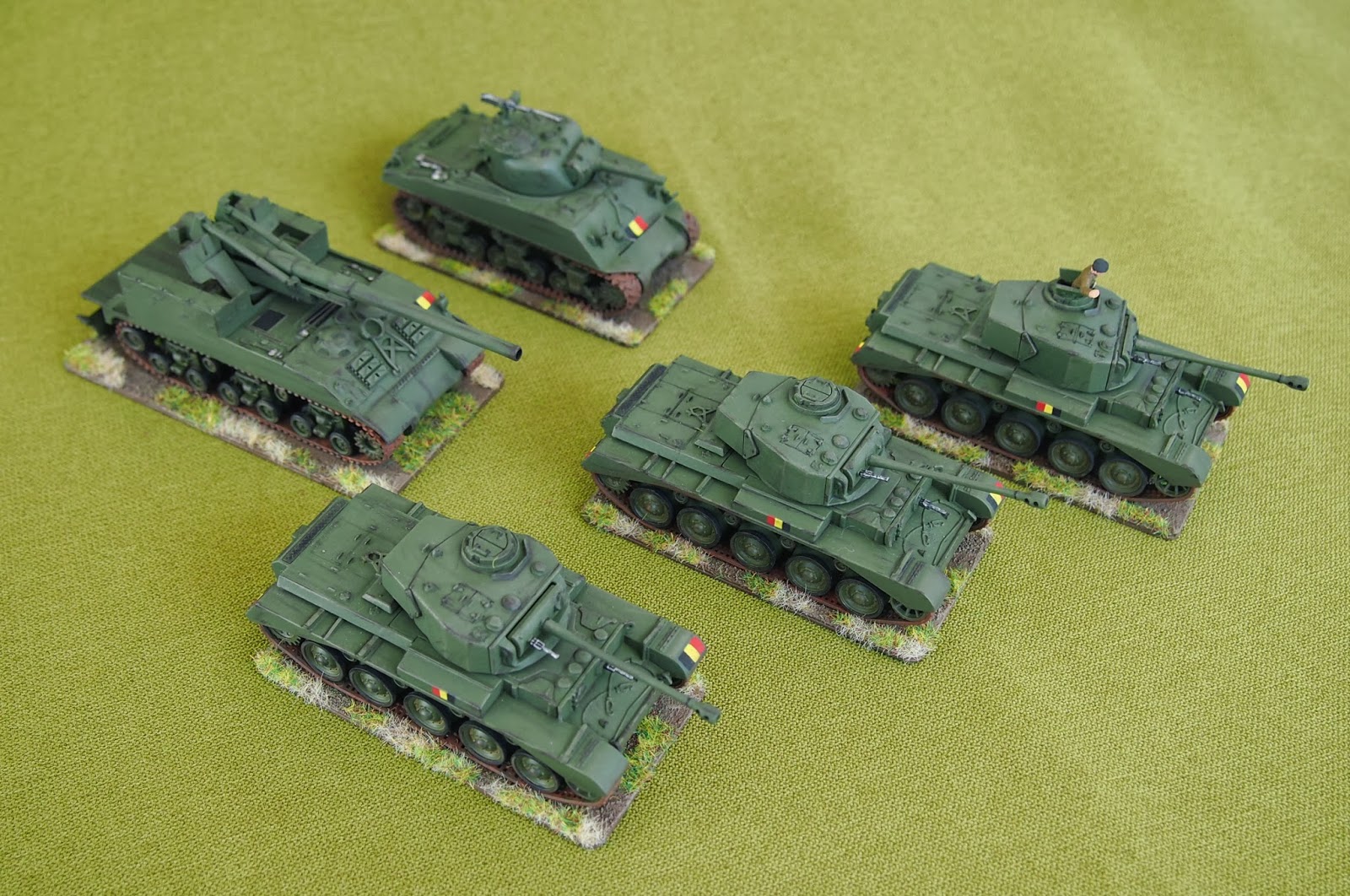 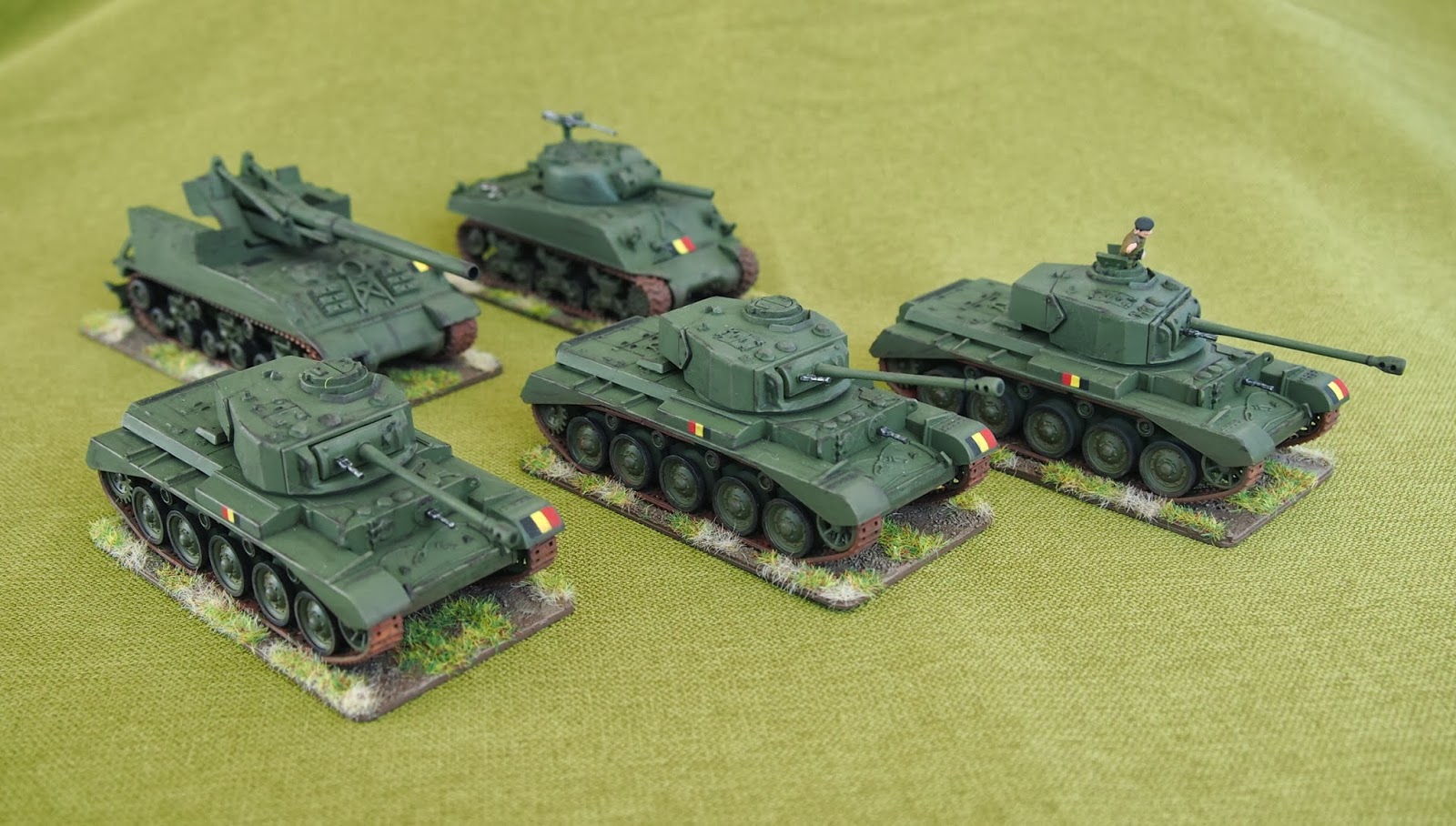 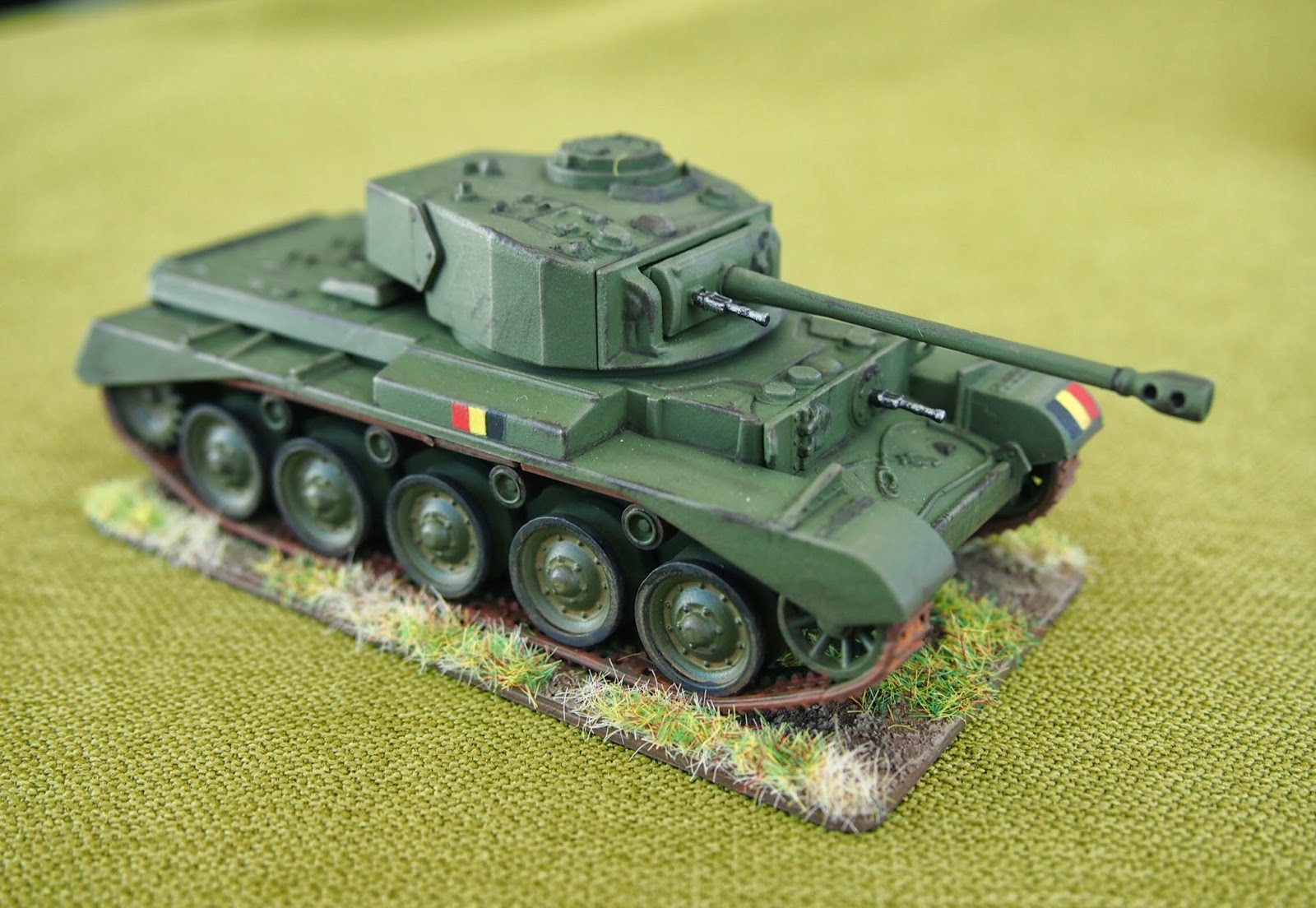 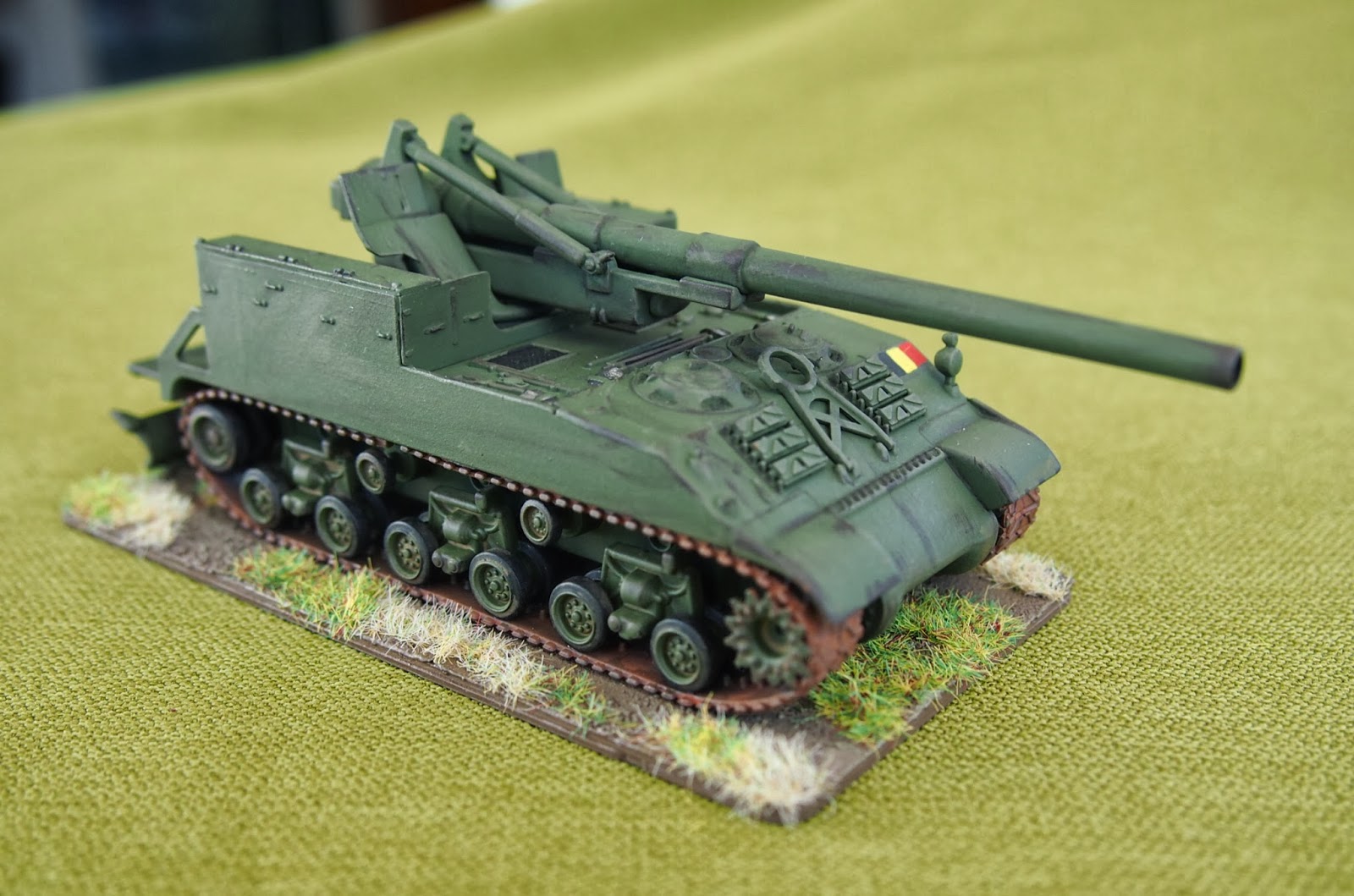 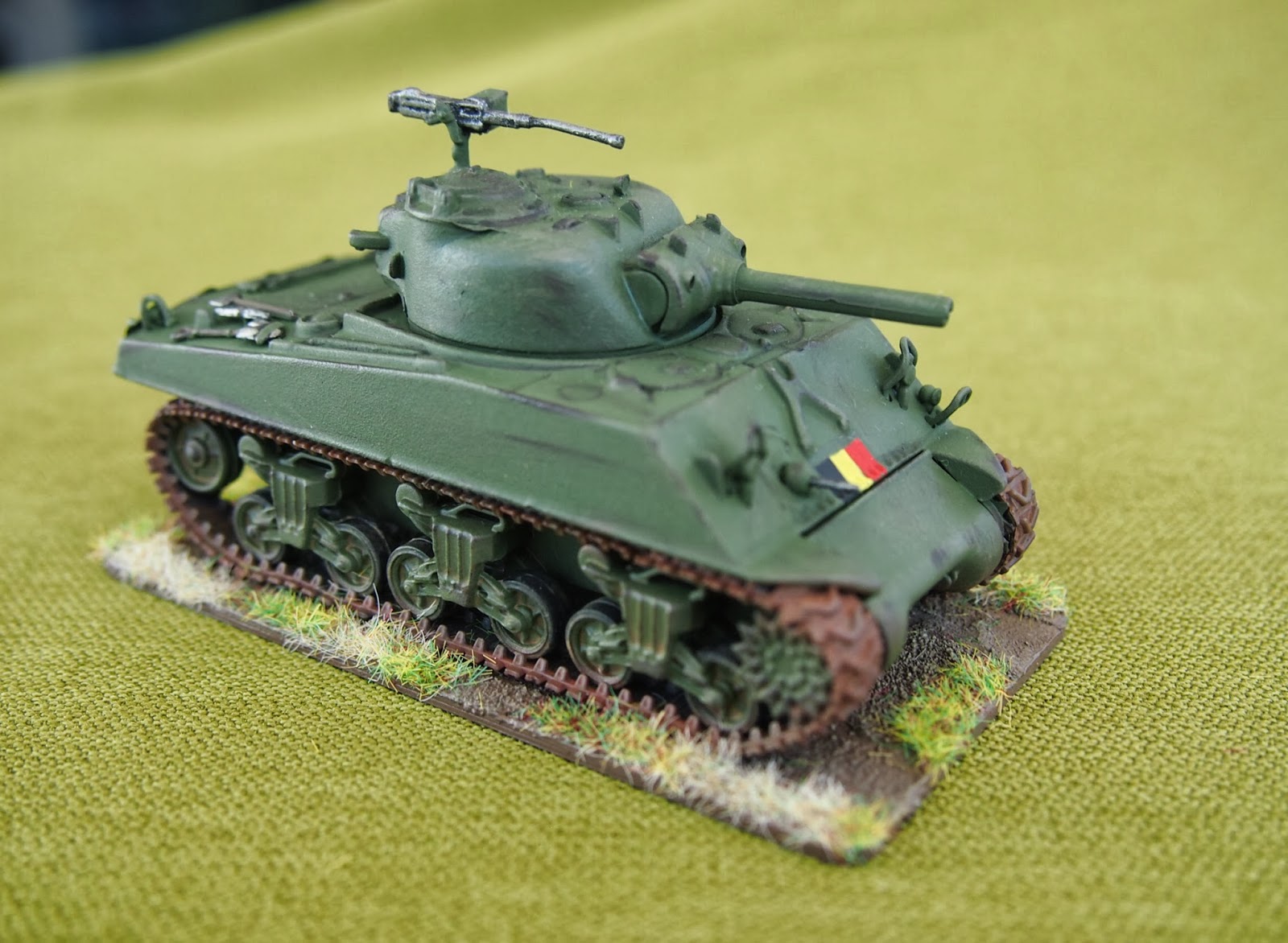 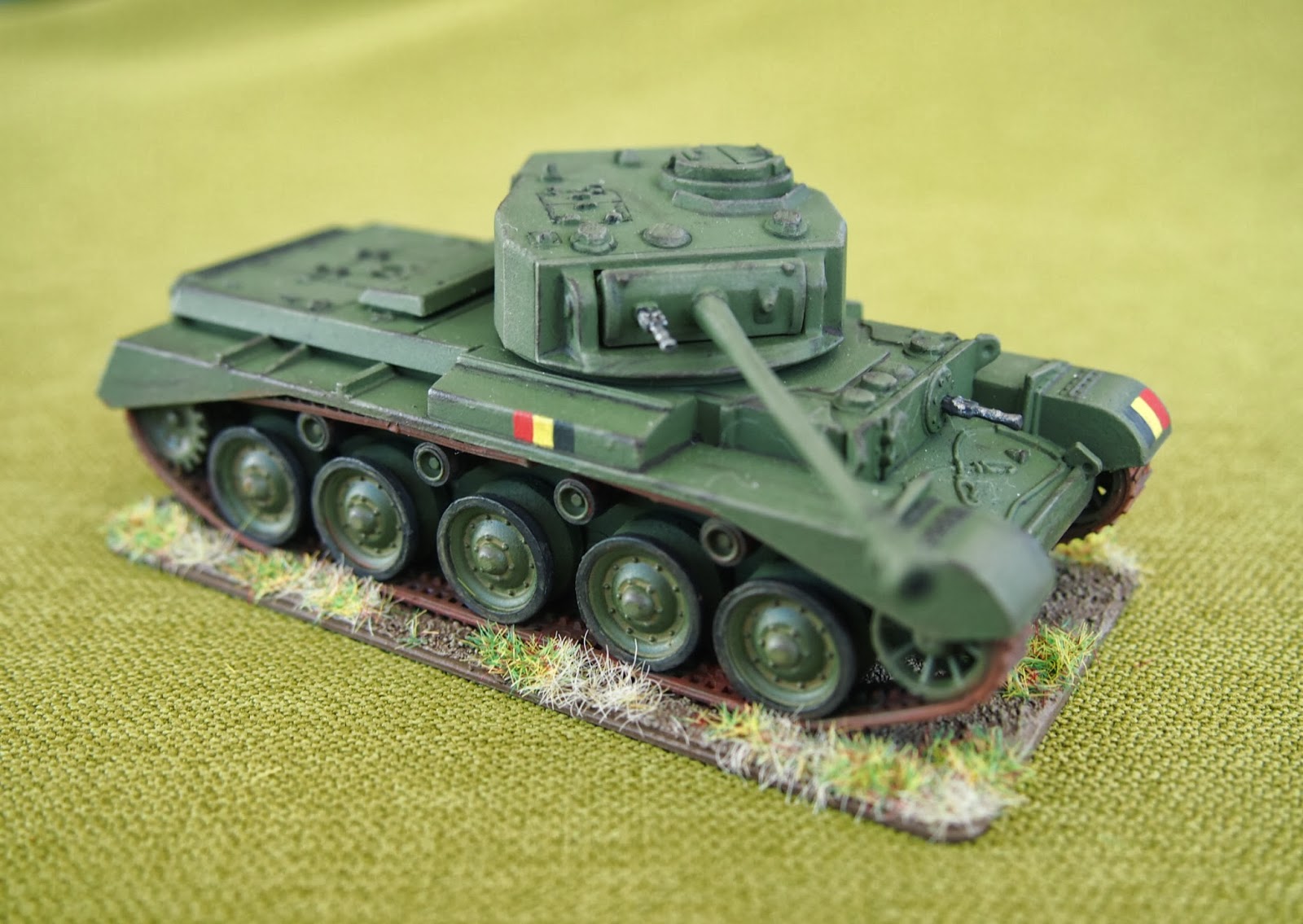 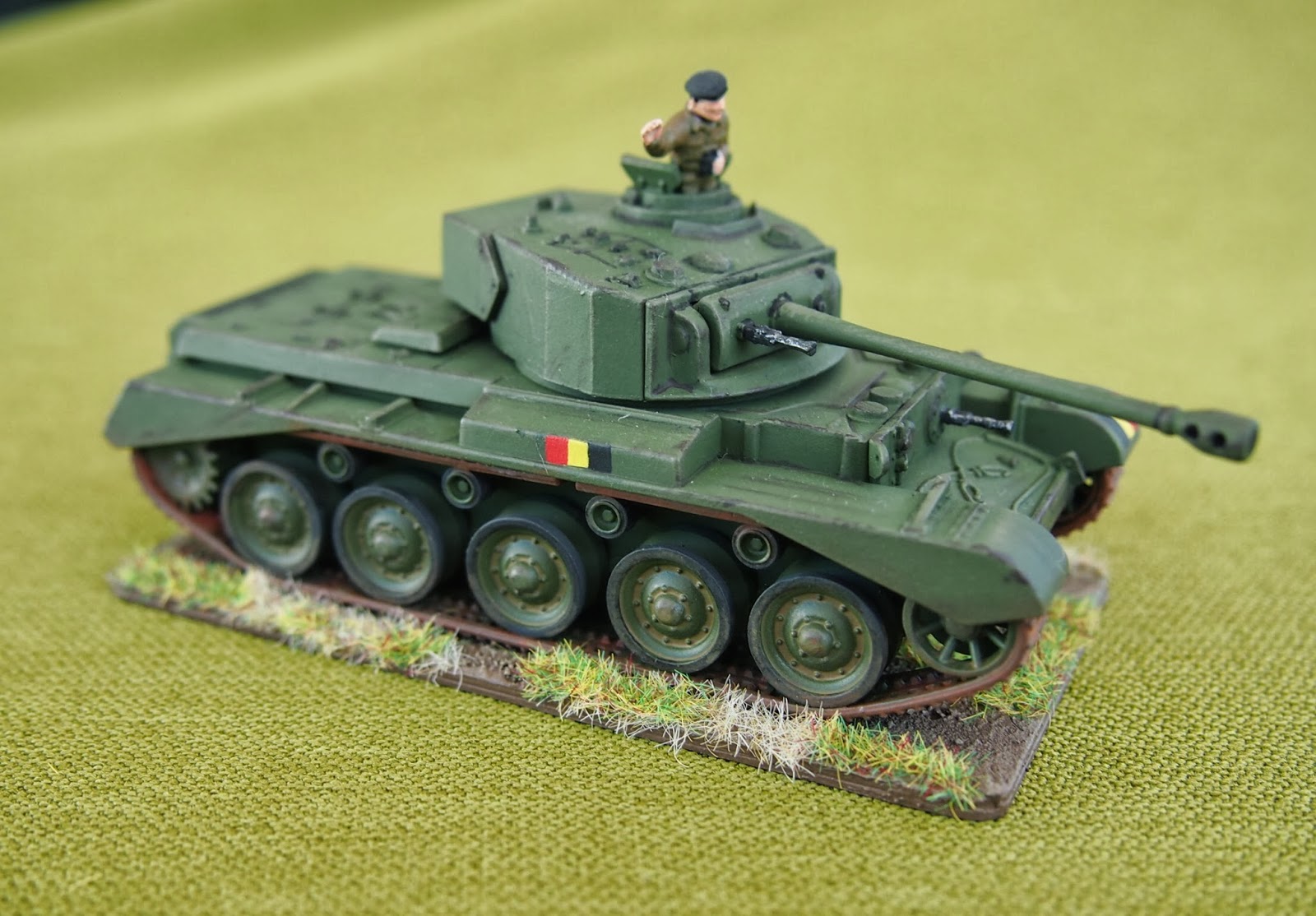 Almost complete are some Indian UN AA vehicles. I need to find some Letroset or similar UN letters to finish them off. I am planing on remounting the Quad mount and replacing the gun with a Searchlight as I think it looks too ungainly mounted like that. 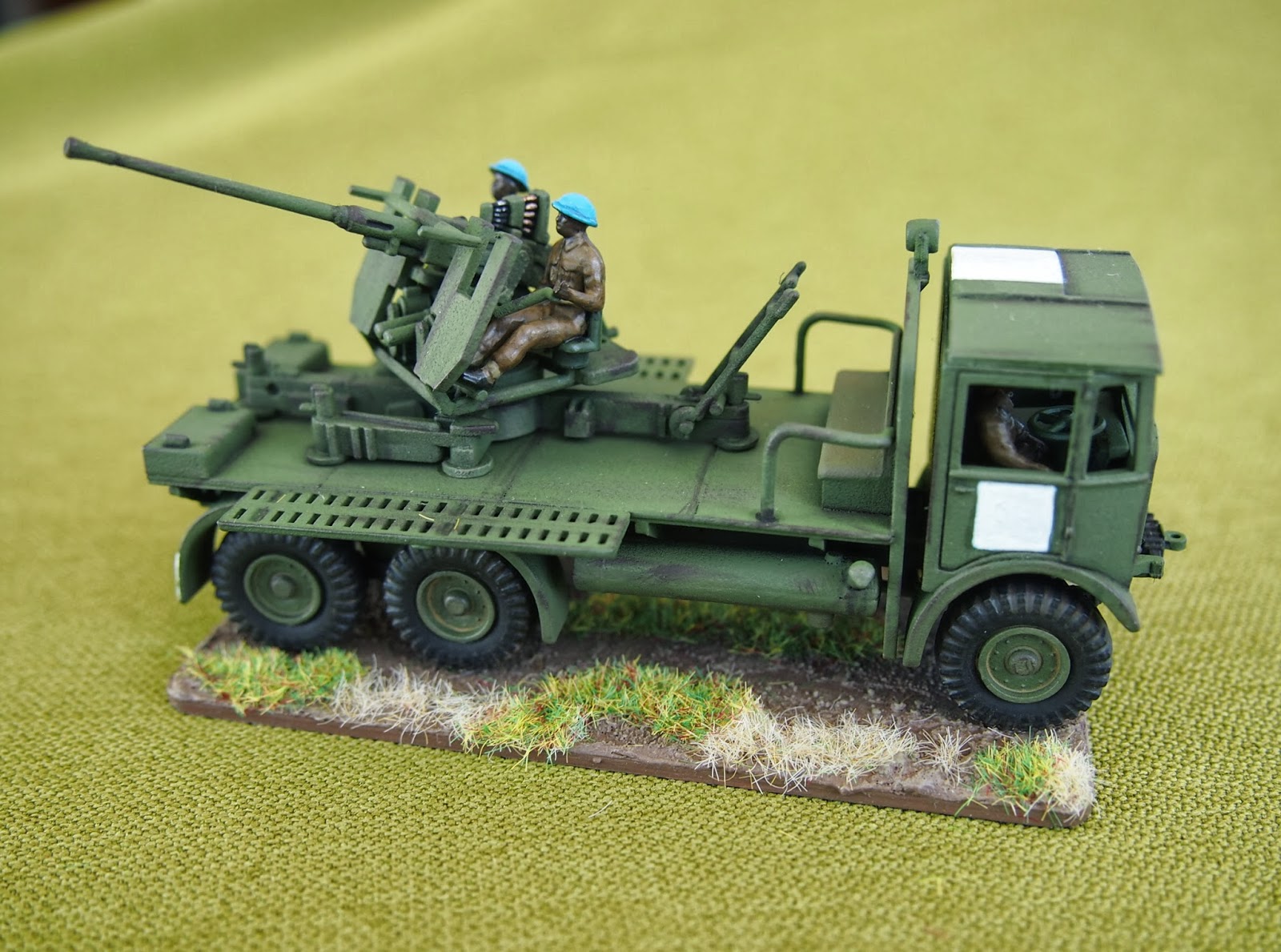 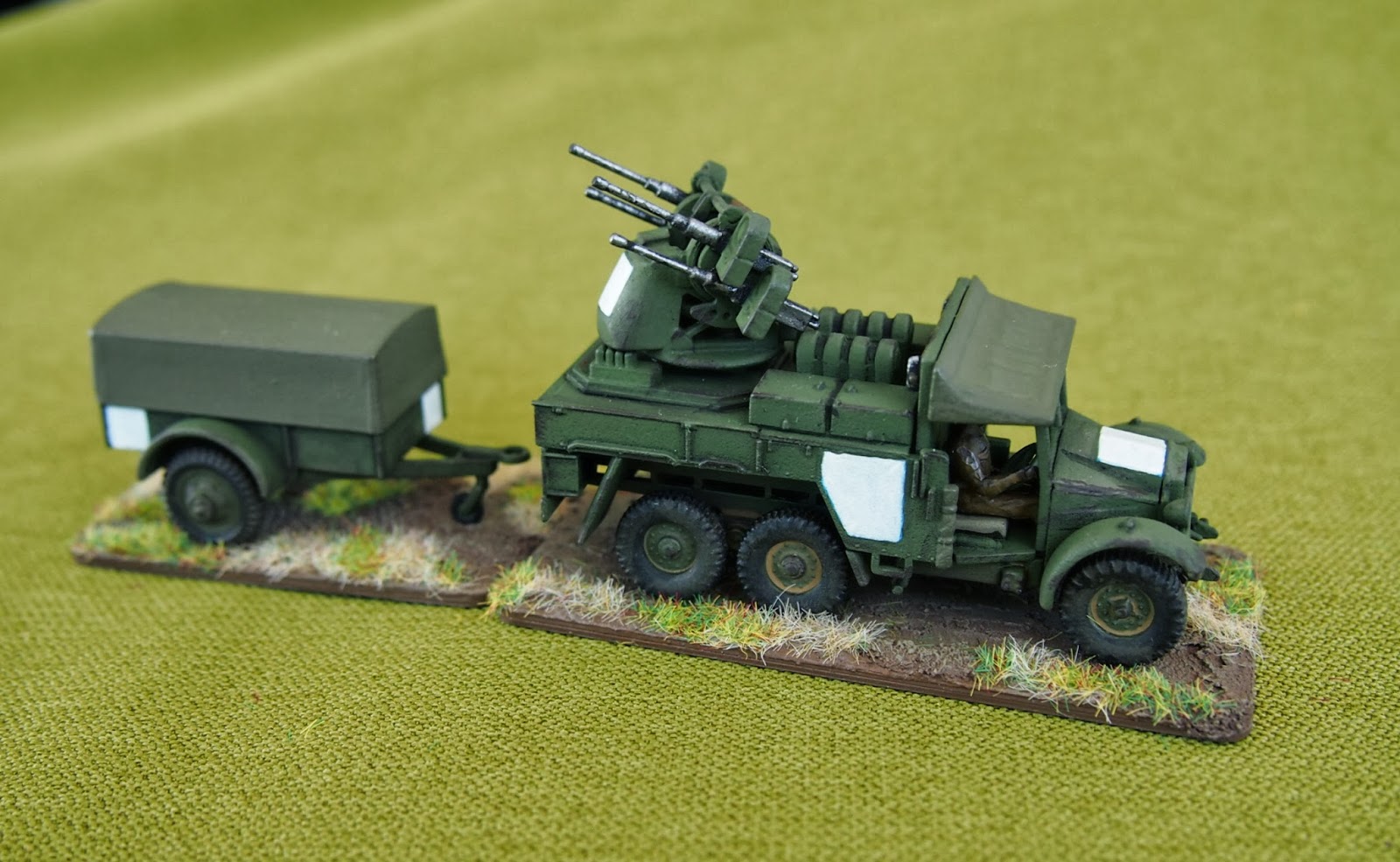 I just finished eight dismounted Archers which are supposed to be the foot versions of the Mounted Merry Men I completed a few weeks ago. They could be used as separate units in some games depending on the scenario. I also put some Decals on the shields just to complete the vision I had in my mind. All the figures are second hand GW models which had to be stripped. 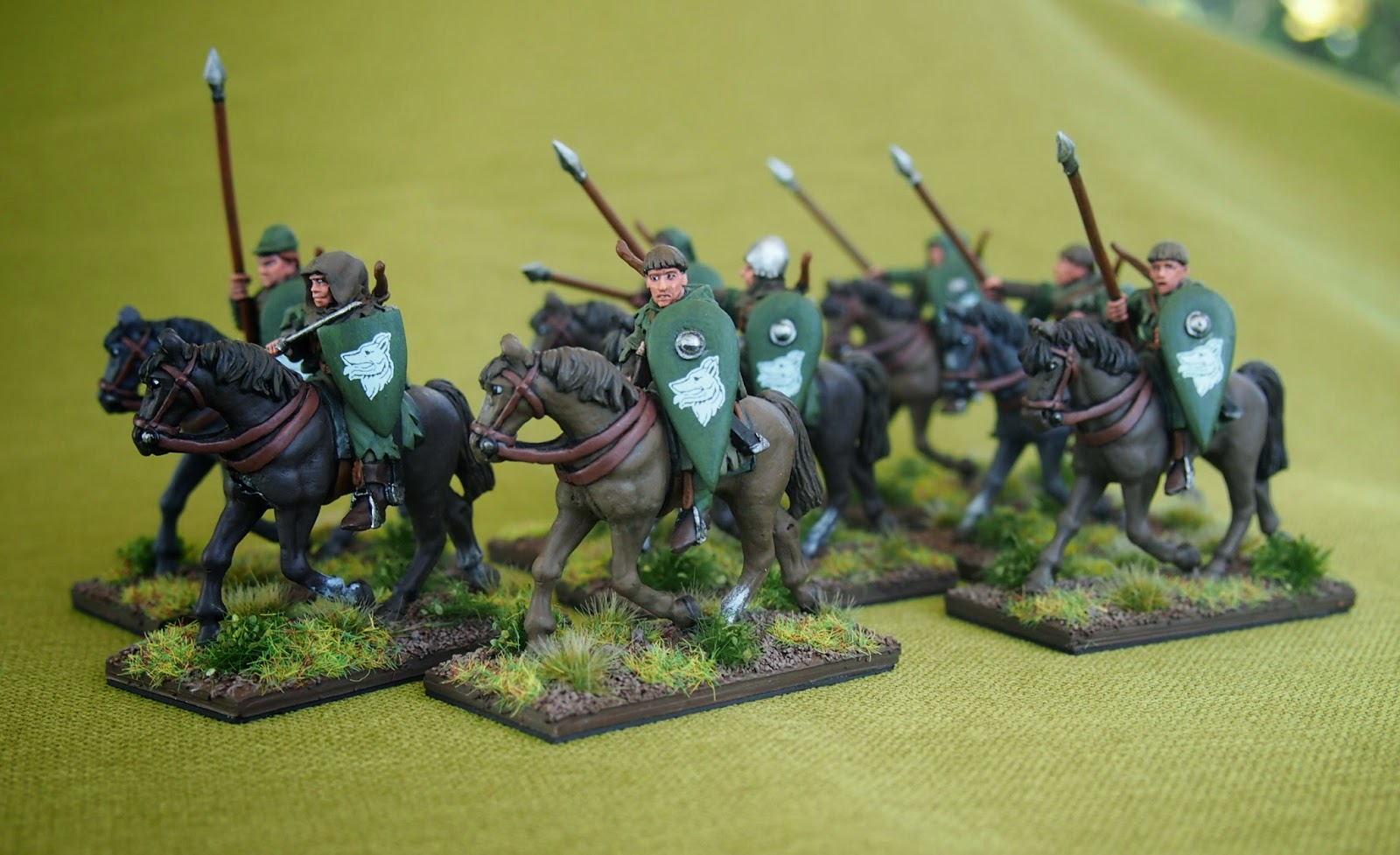 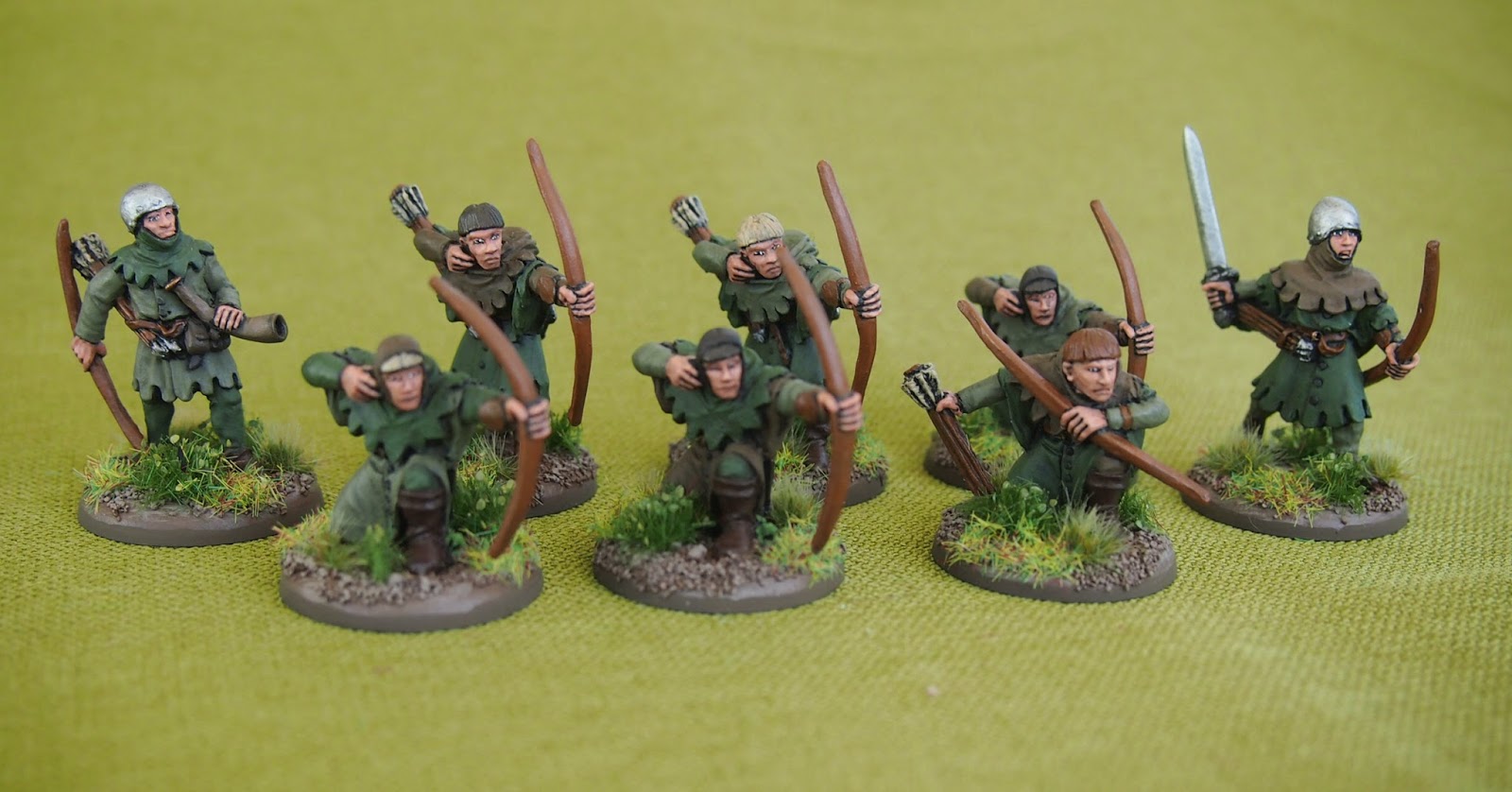 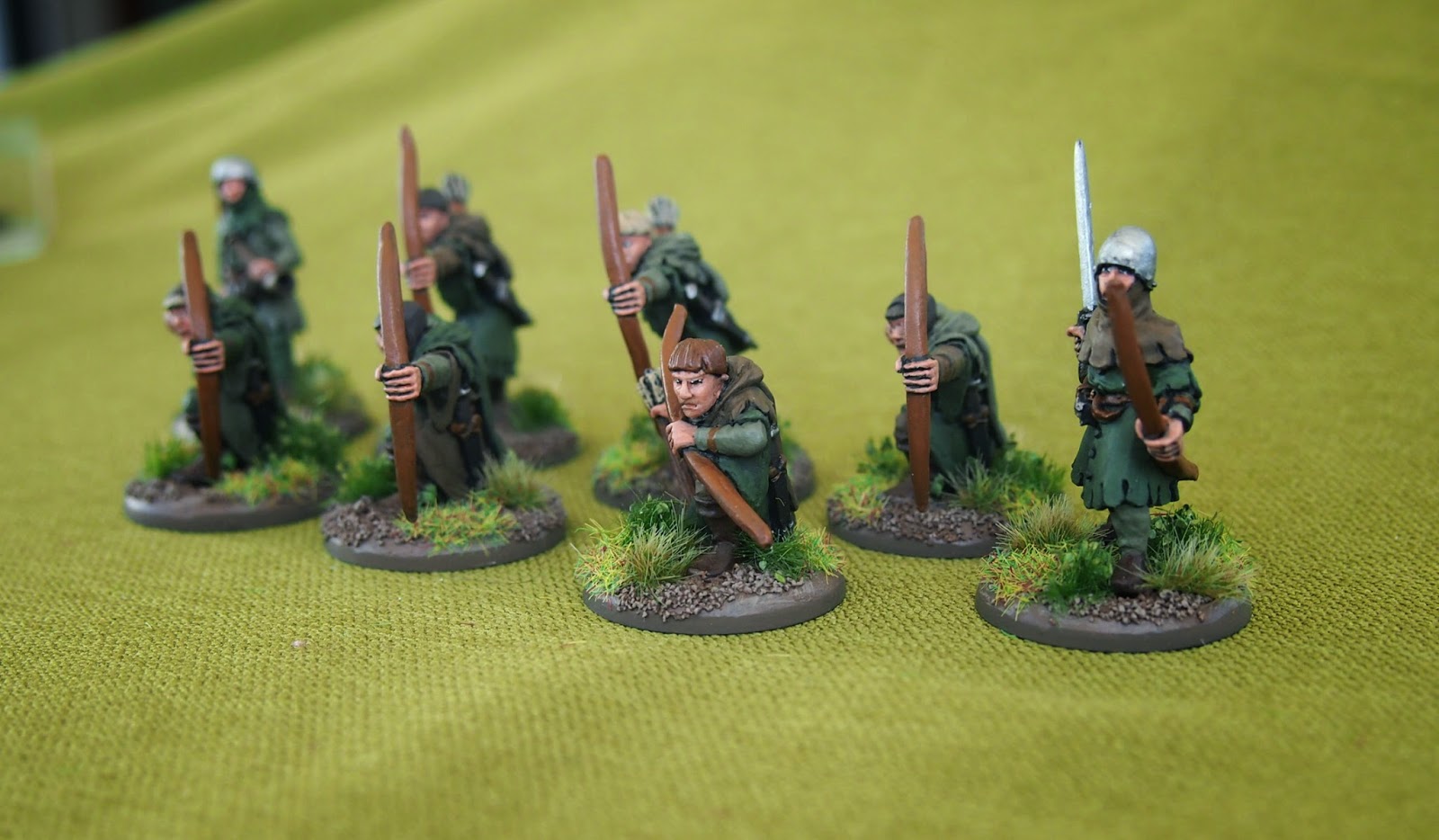 A small update on my Future Wars experiments.

I have had a bit of a play using my Urban Terrain and found a few surprises that I had not expected. I have played around six turns so far and think I need to find a way to get my Walkers into combat a bit quicker as they move at six inches and cannot run. (They are armed with two Flame Throwers so are ideal for taking out Spawn points).

As the terrain offered more blind spots, the Zombies were able to sneak up on some Humans and killed two from the Sky Clad Nuns unit and two from Elvis's Show Girls unit. 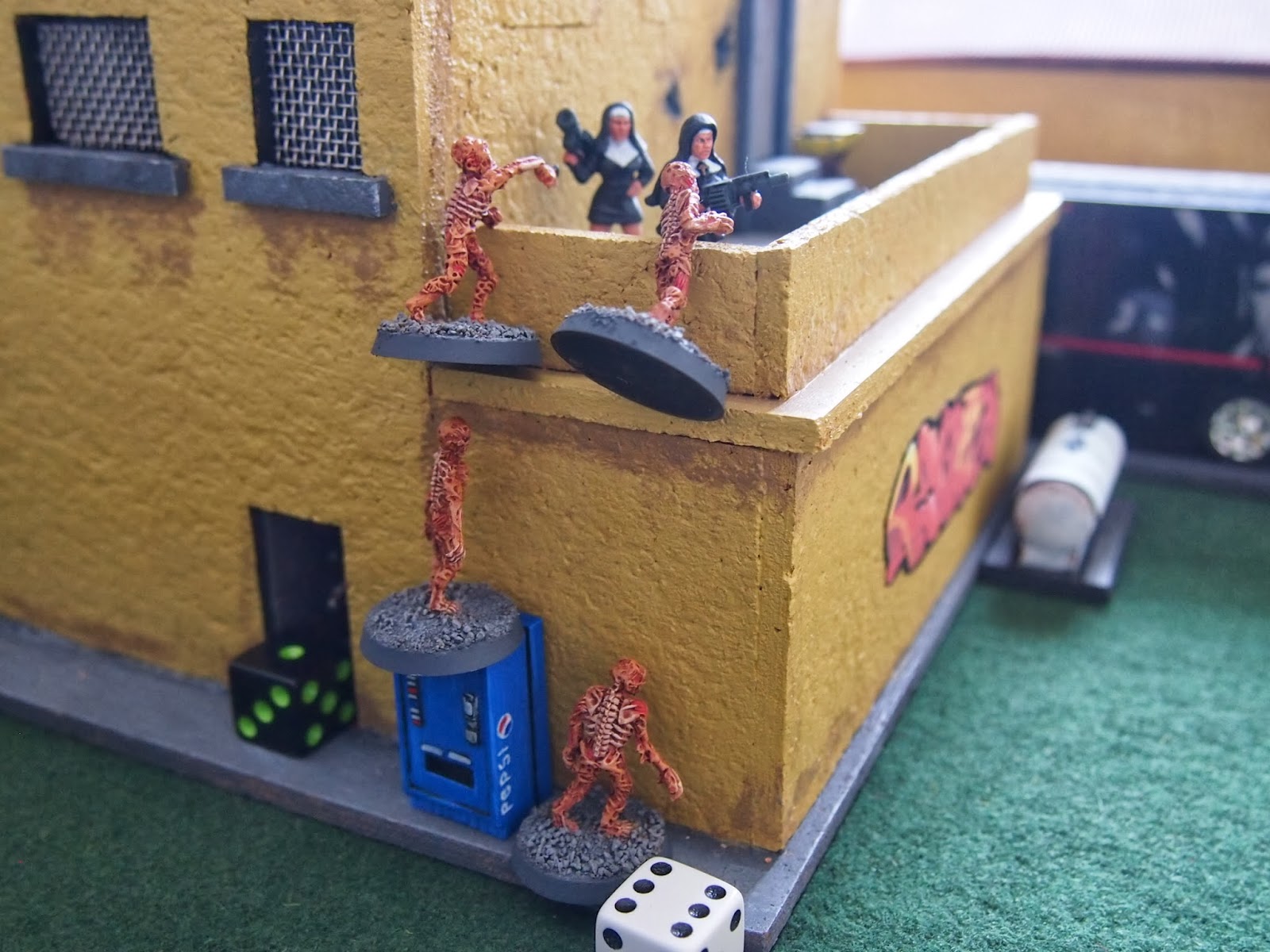 Since I was allowing the Zombies to climb if the terrain seemed suitable, these four managed to surprise and kill these two Nuns. On the other side of the road a group of Zombies managed to charge around a blind corner and kill two Showgirls guarding a door. One Zombie managed to gain entry into the building but was then shot.

I am thinking of a way for Zombies to breakdown secured doors, but that may be over thinking things and not really worth the effort!

This Squad is guarding a spawn point quite effectively. I decided that an A.T weapon or Flame thrower can destroy a Spawn point on a casualty roll of a 6. This team has failed to destroy the point with their Flame Thrower after several attempts, but an A.T team destroyed another with a single shot. 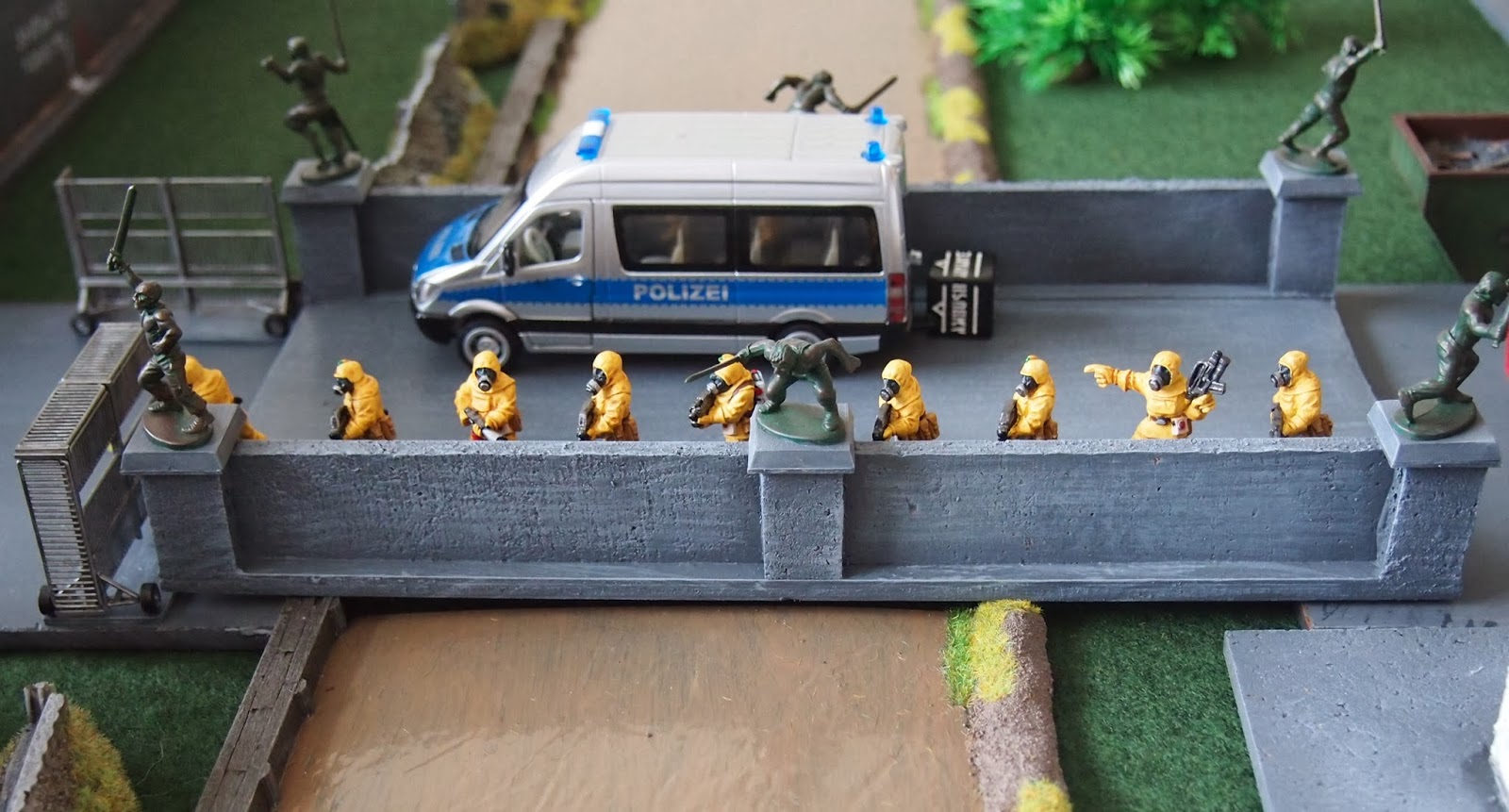 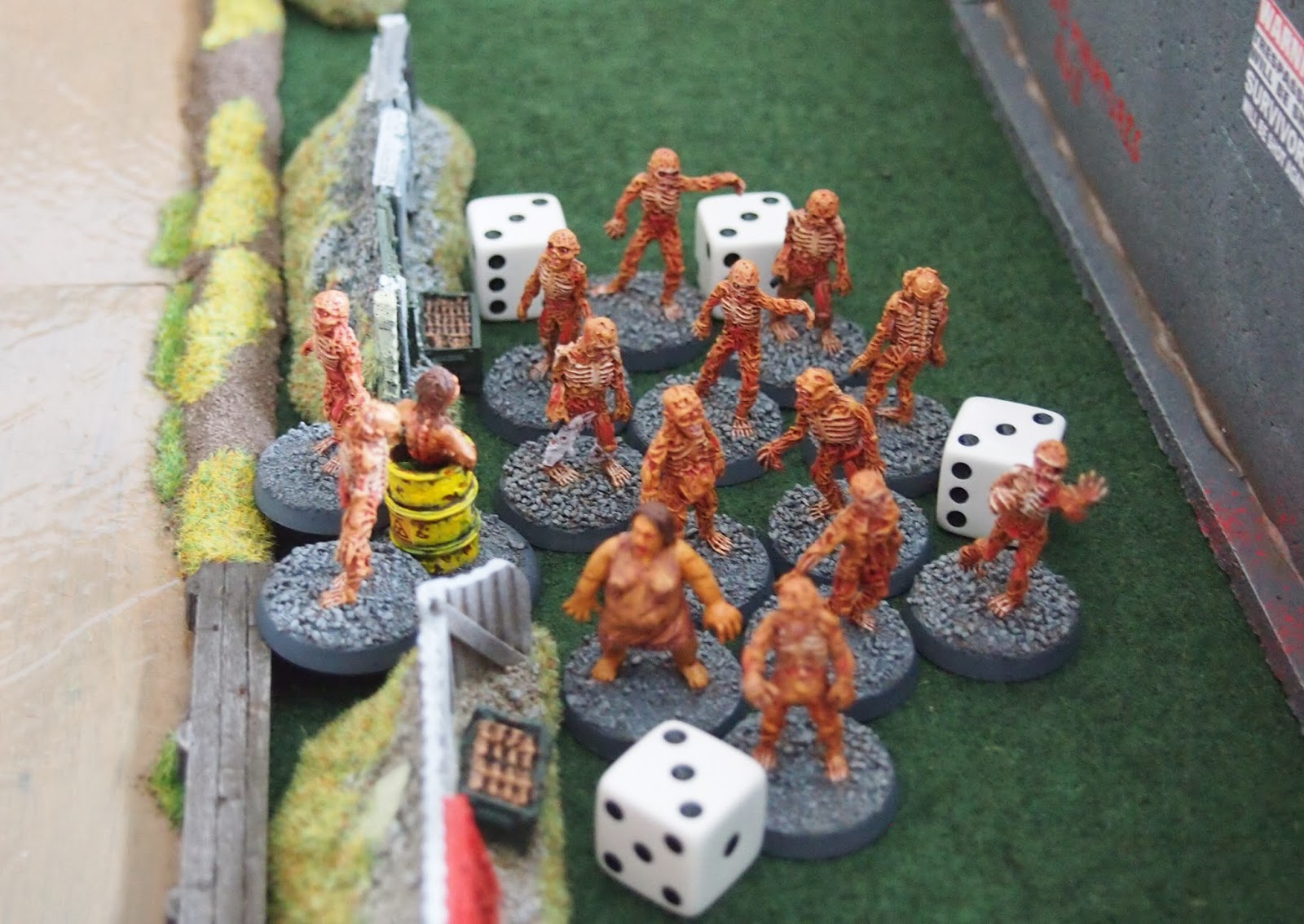 This Spawn point produced all these Zombies in one turn which was then cleansed in a single round of shooting.