I have just finished eight Sailors to fill out the crews for my Pulp boats.

The figure wielding a nasty looking knife is from Pulp figures and is just painted.
The Commander is from Foundry and the rest are Brigade Games.
These crew my armed Trawler.

All these are From Pulp Figures which are to crew my river Boat.

I have a few figures left over in cold weather gear which I have added to my Falklands lead pile.

It seems like only a week ago that I asked Warlord about a missing part on my MKIV Male Tank. Well Saturday morning a new packet arrived with a set of beams, plus a packet of British WW2 Tank accessories. I cannot use the extra bits for WW1 but they will be handy for when I do my Indian Pattern Armoured Car  and Early Stuart. 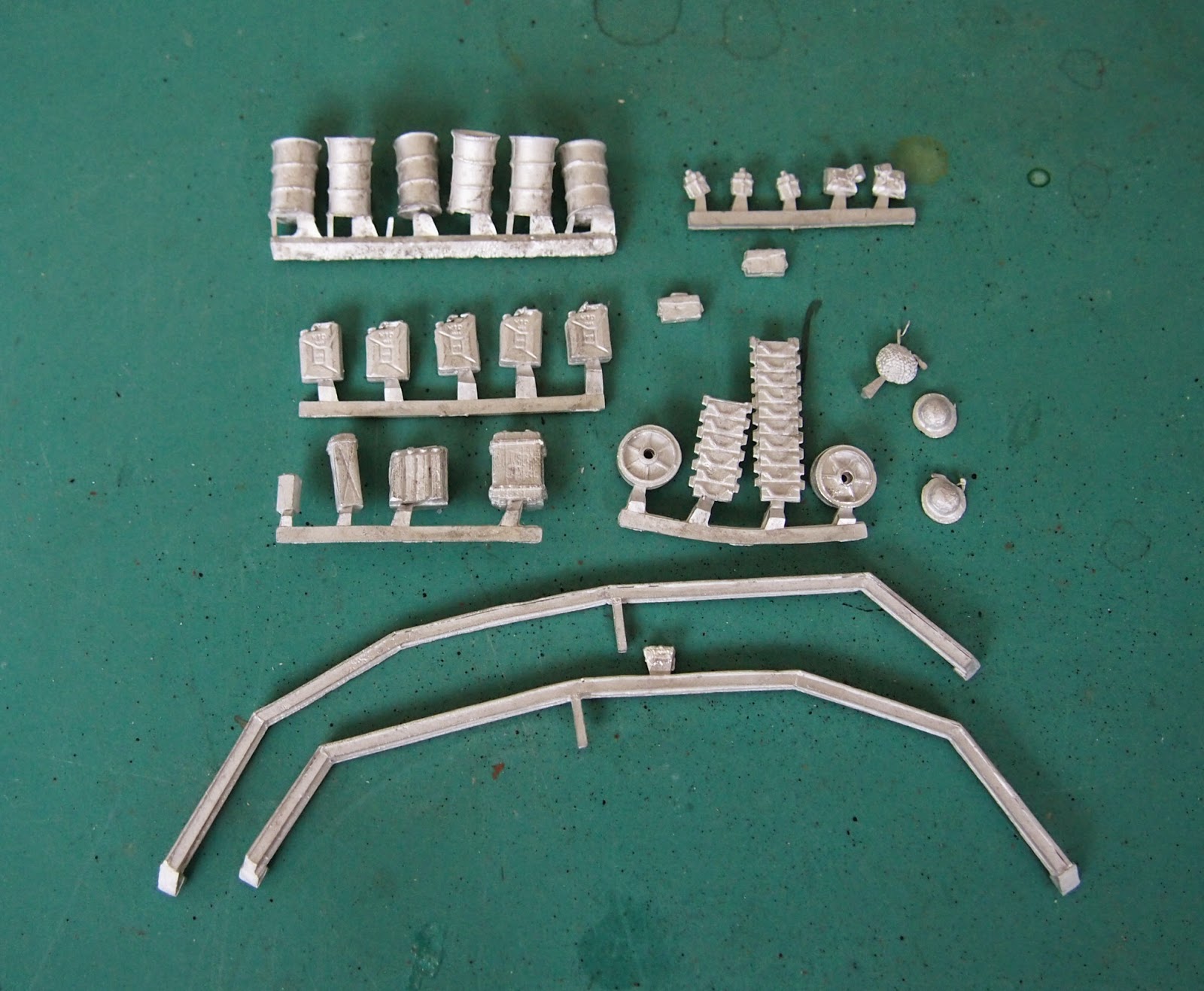 I really like Renegade figures and keep kicking myself for not buying an Army of Germans and British figures before they halted production. I hope this is only temporary as I have renewed my interest in Late WW1.

Years ago we used to play Contemptible Little Armies so I bought about 30 Germans and a British HMG second hand at a convention. The Germans were painted as Turk Assault troops and the British HMG was mounted on a truck for my Dinosaur Hunters. I think I only played one game with the Dinosaur Hunters so have decided to repaint the HMG and Crew for the Western Front.


I will add static grass and tufts when I paint a few more Brits.
I am really pleased with the result already. 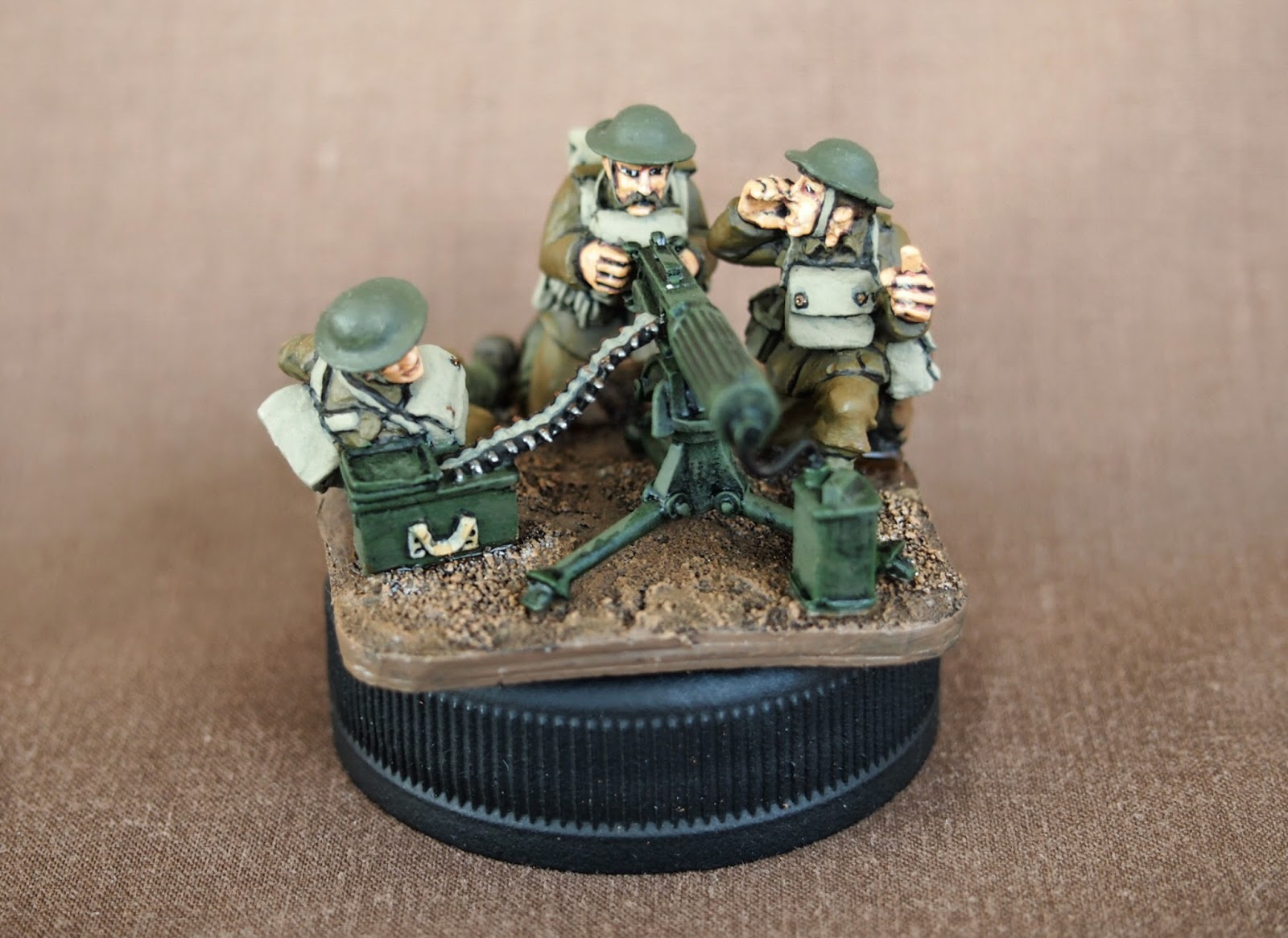 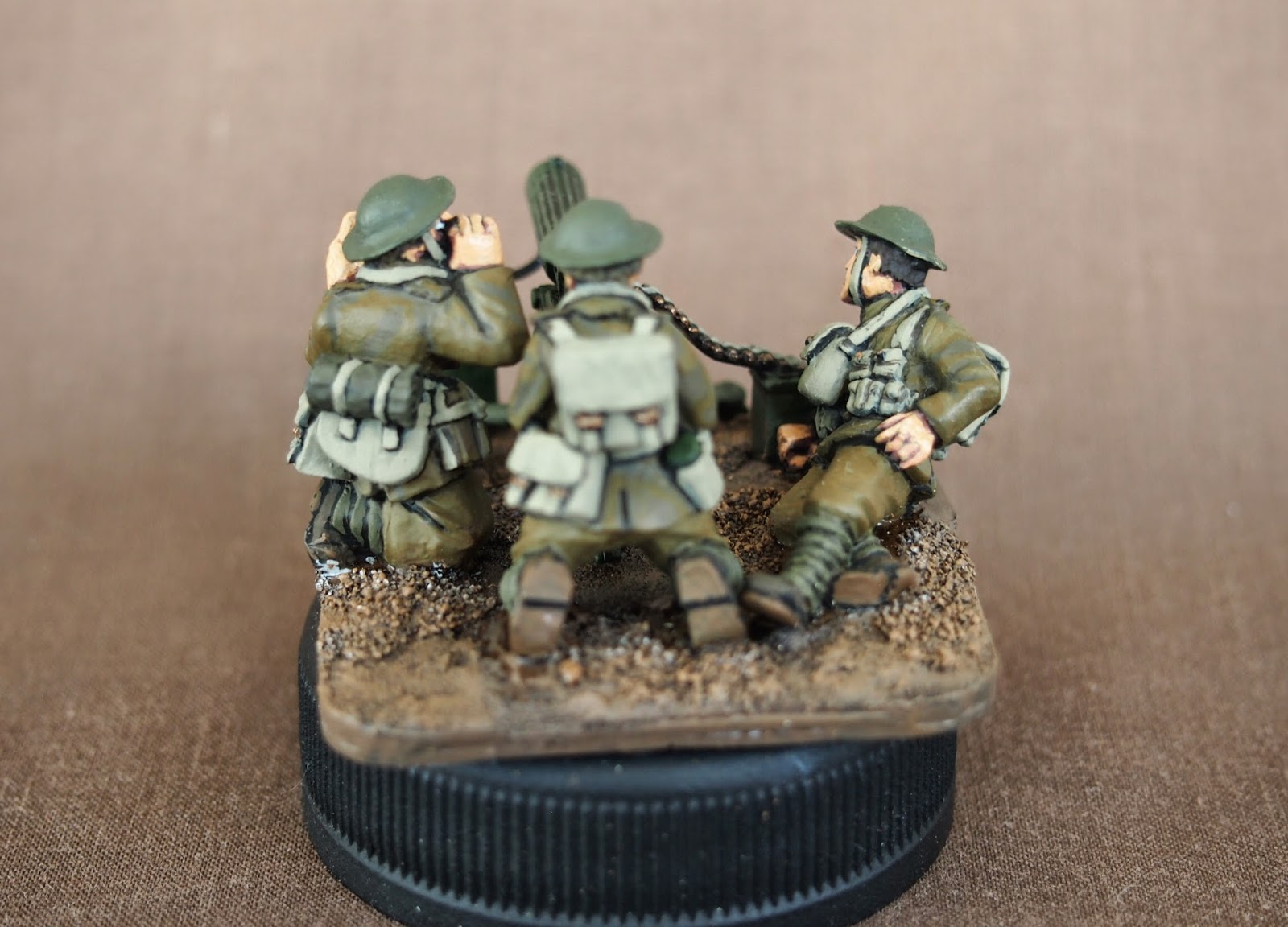 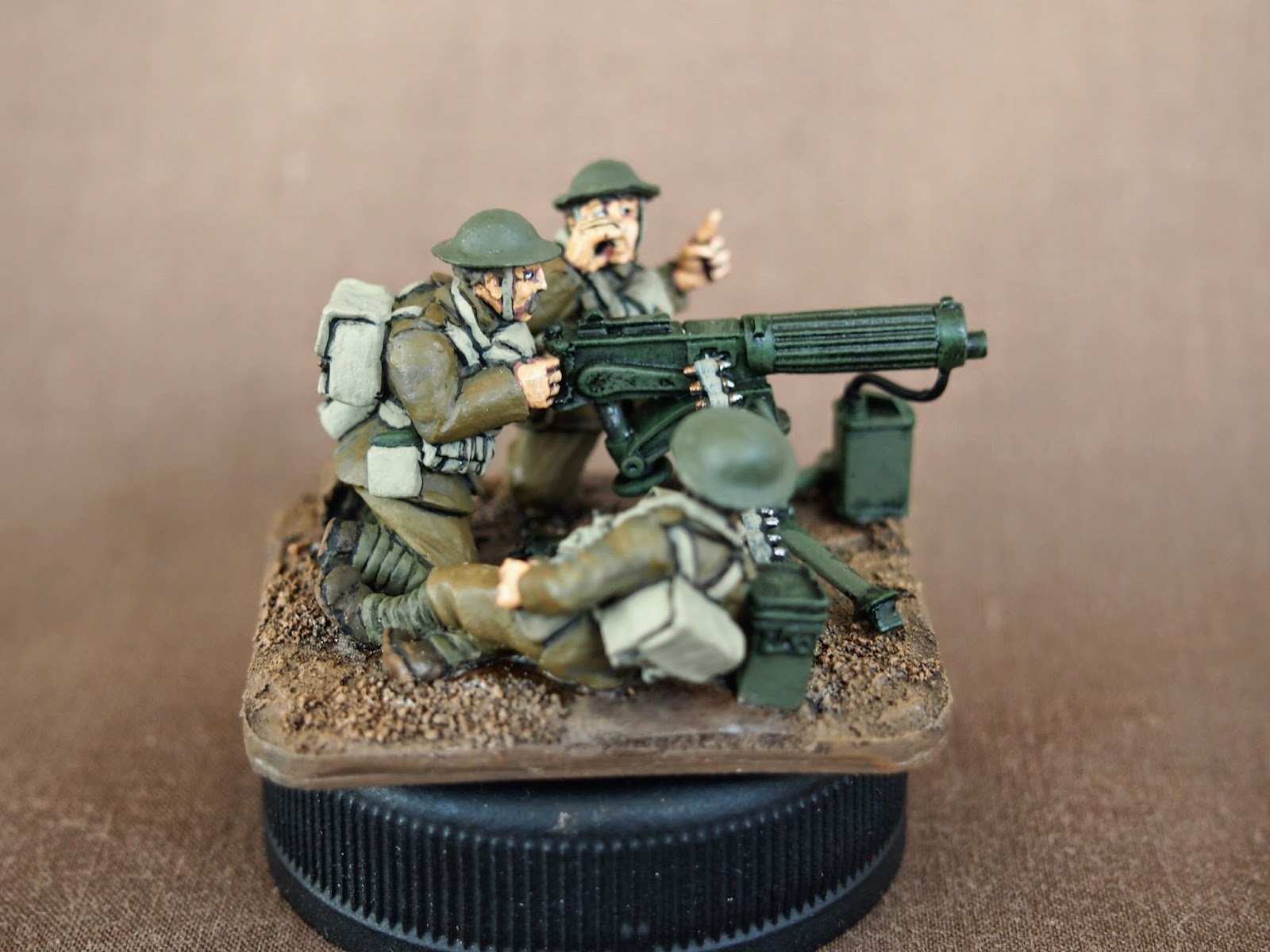 Well it certainly feels like that after assembling almost seven regiments of them, plus a regiment of NNC.
These are the Warlord figures which are very good, although I think that they look a little on the small side. I prefer to paint larger more heavily sculpted figures like Black Tree Design. I also would have liked some texture on the bases as I found it difficult to merge them into the larger bases.
I initially planed to use Black Tree figures for the command, but felt that these just looked wrong next to the plastics. I instead made a few command figures from the plastics as I had bought the Army box which did not have any command (Induna) figures in it. Luckily I also had a few regiment boxes which gave me three metal figures. Next time I base I need to remember to shim the metals up as they look small due to the very thin bases.

I had initially planned to use 24 man regiments but decided that I hate the figure in each corner look. I  have added six more to bring the units up to 30 and tried to randomise the positions as much as possible.

Not happy with how my bases have been looking lately I spent some time looking at colour charts in my local paint shop. I also bought some Wood Stain from a hardware store after reading of another Blogger using it. Happily all these changes and the use of my normal base Brown turned out really pleasing to my eyes. I will buy some grass tufts later when I decide which ones to go with.


This will be my Indhlondhlo Regiment. 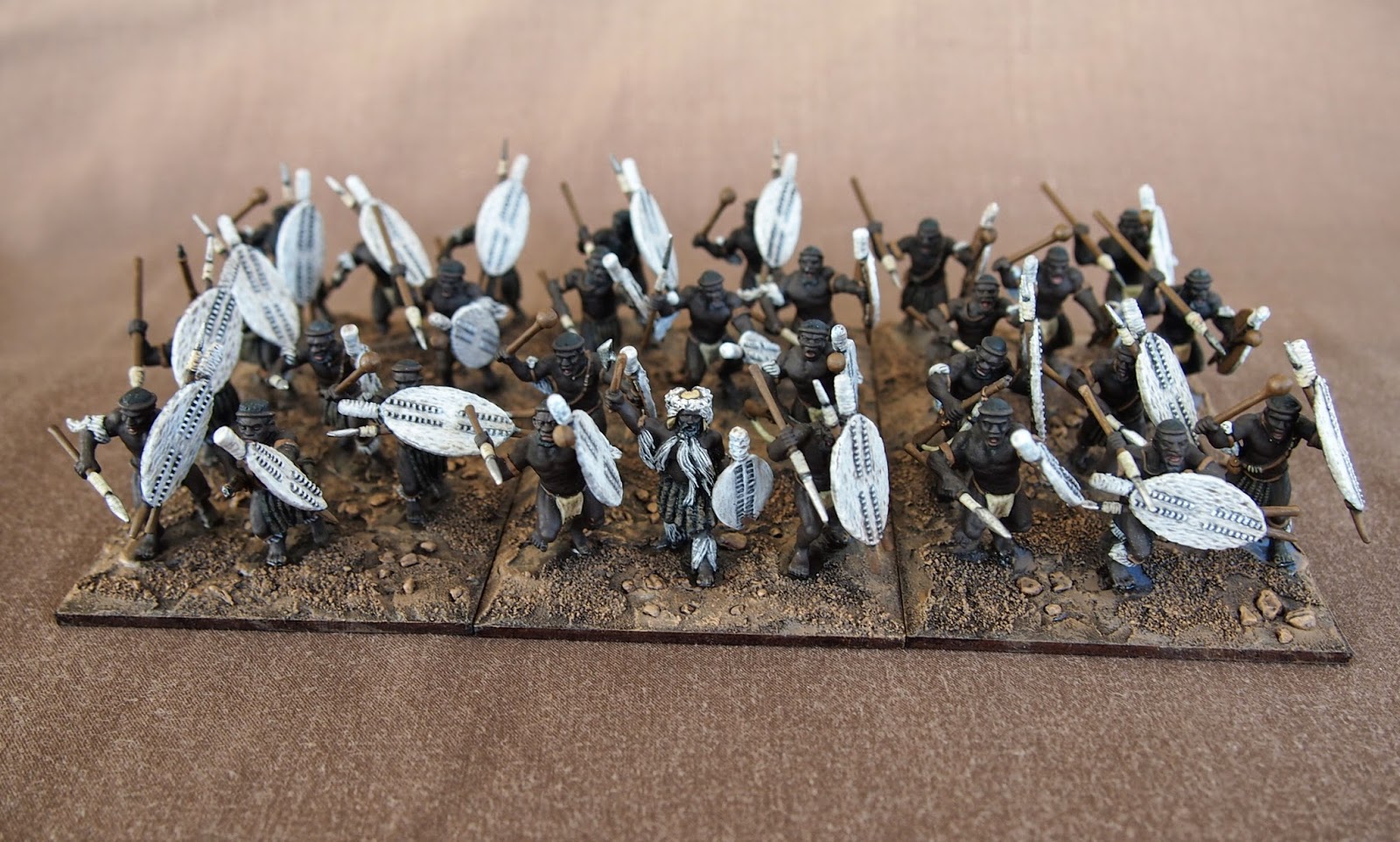 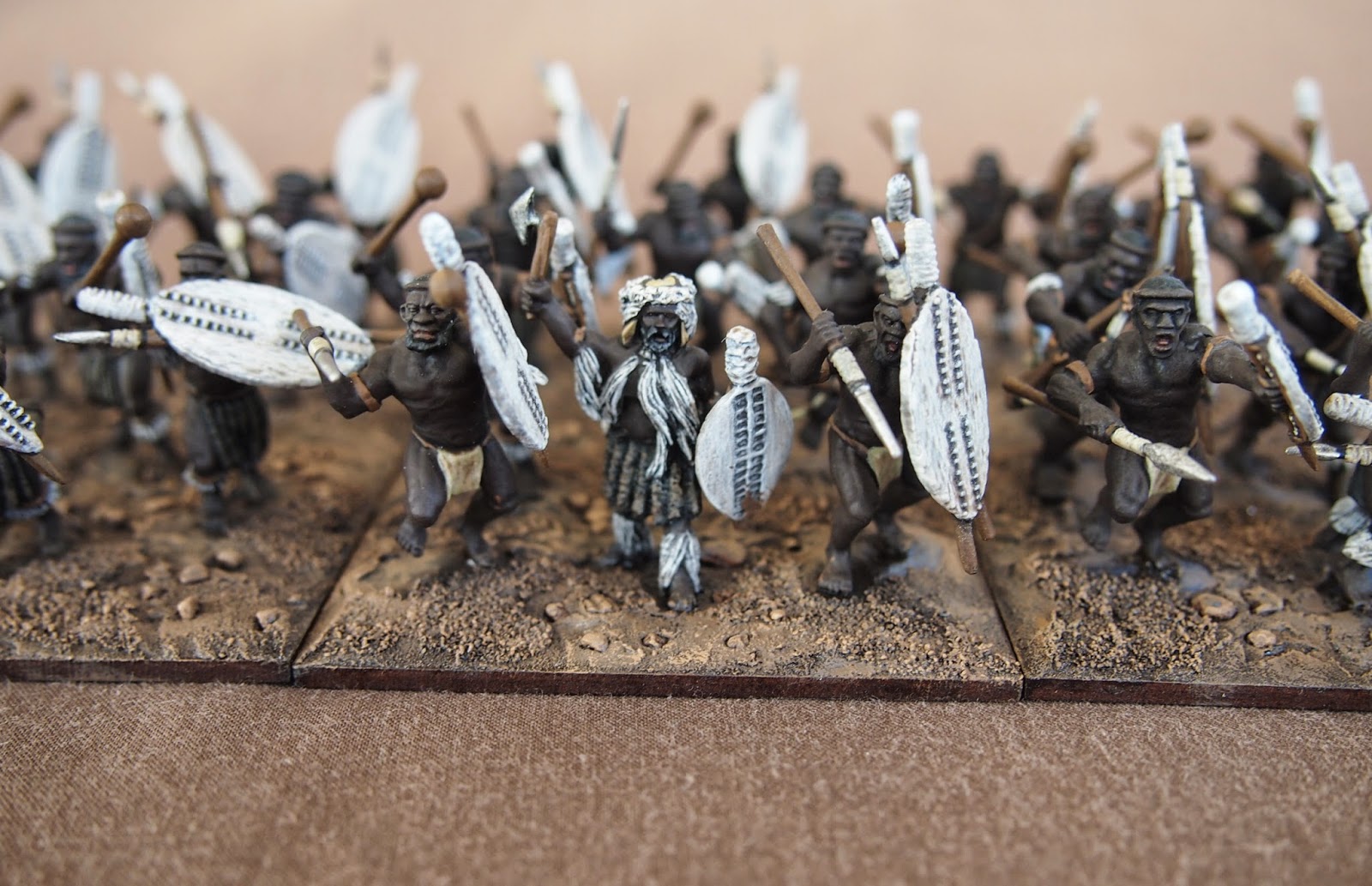 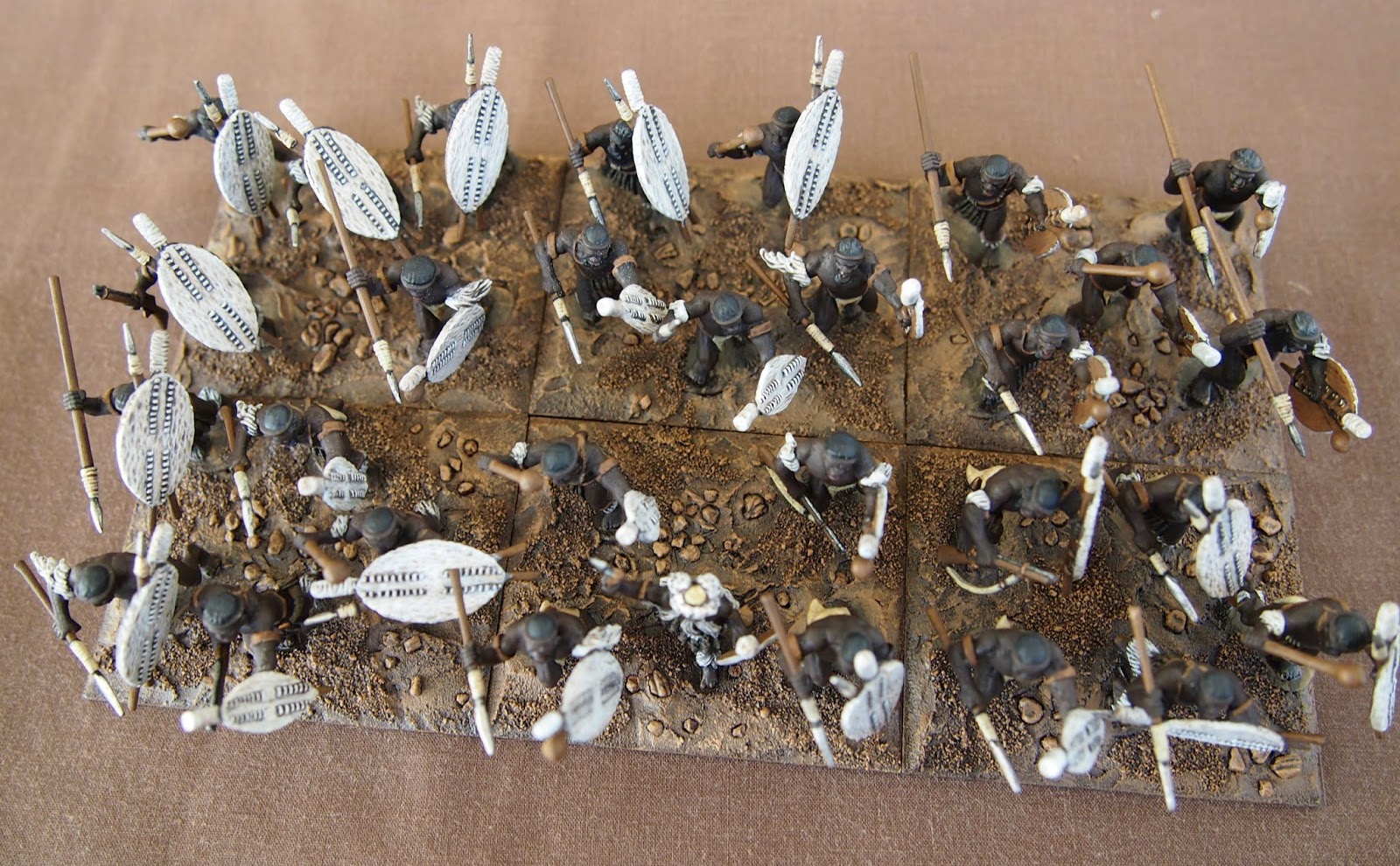 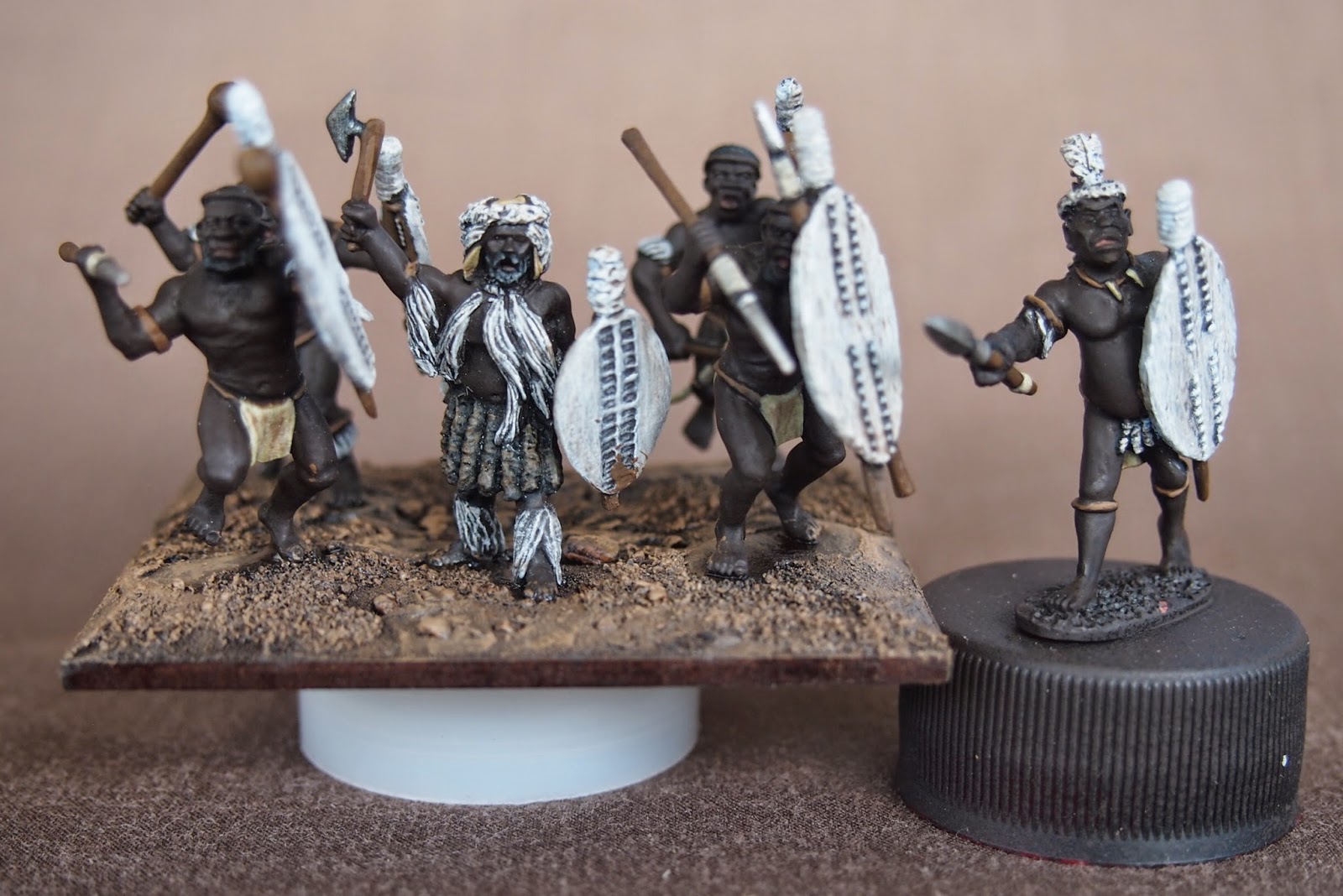 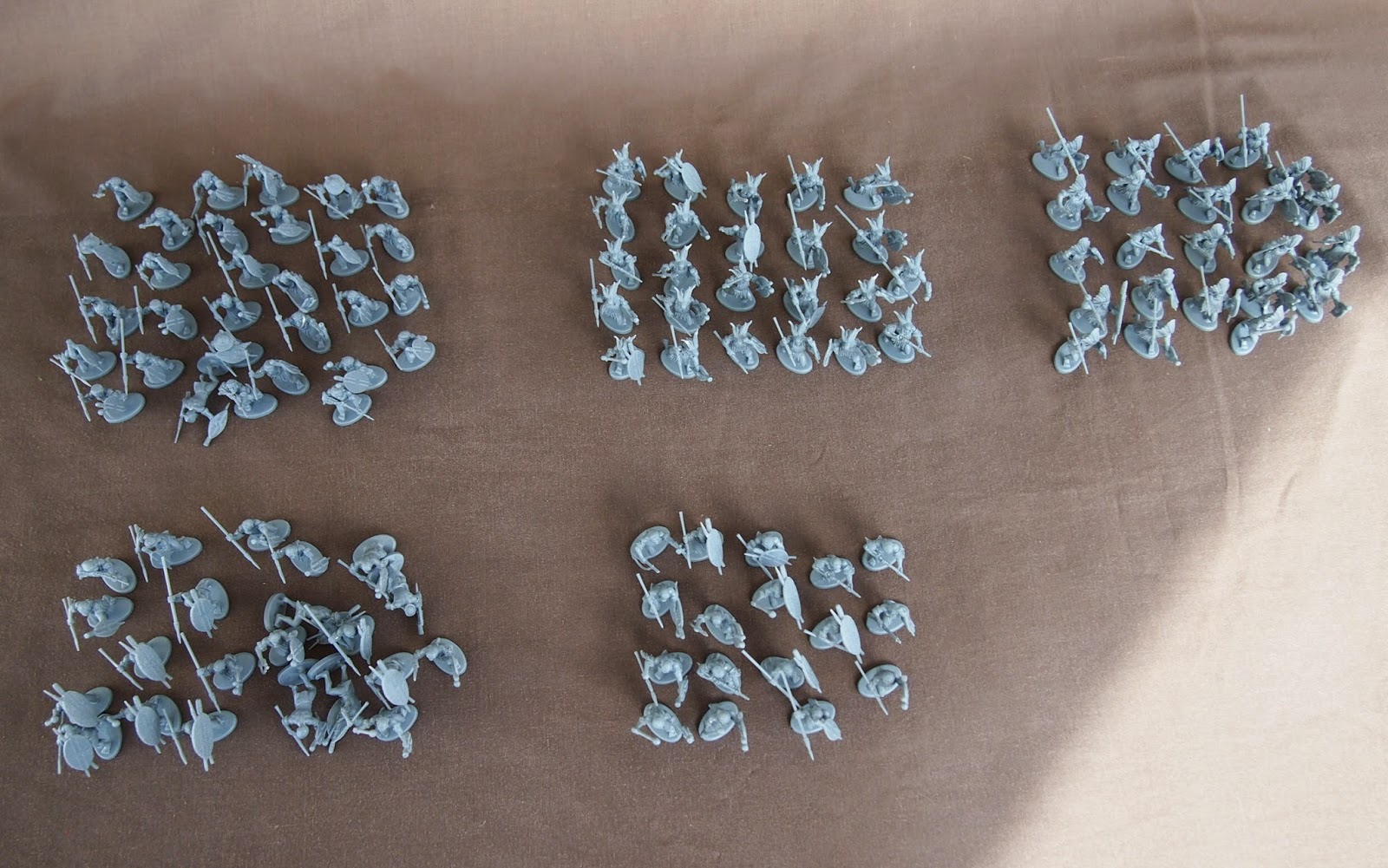 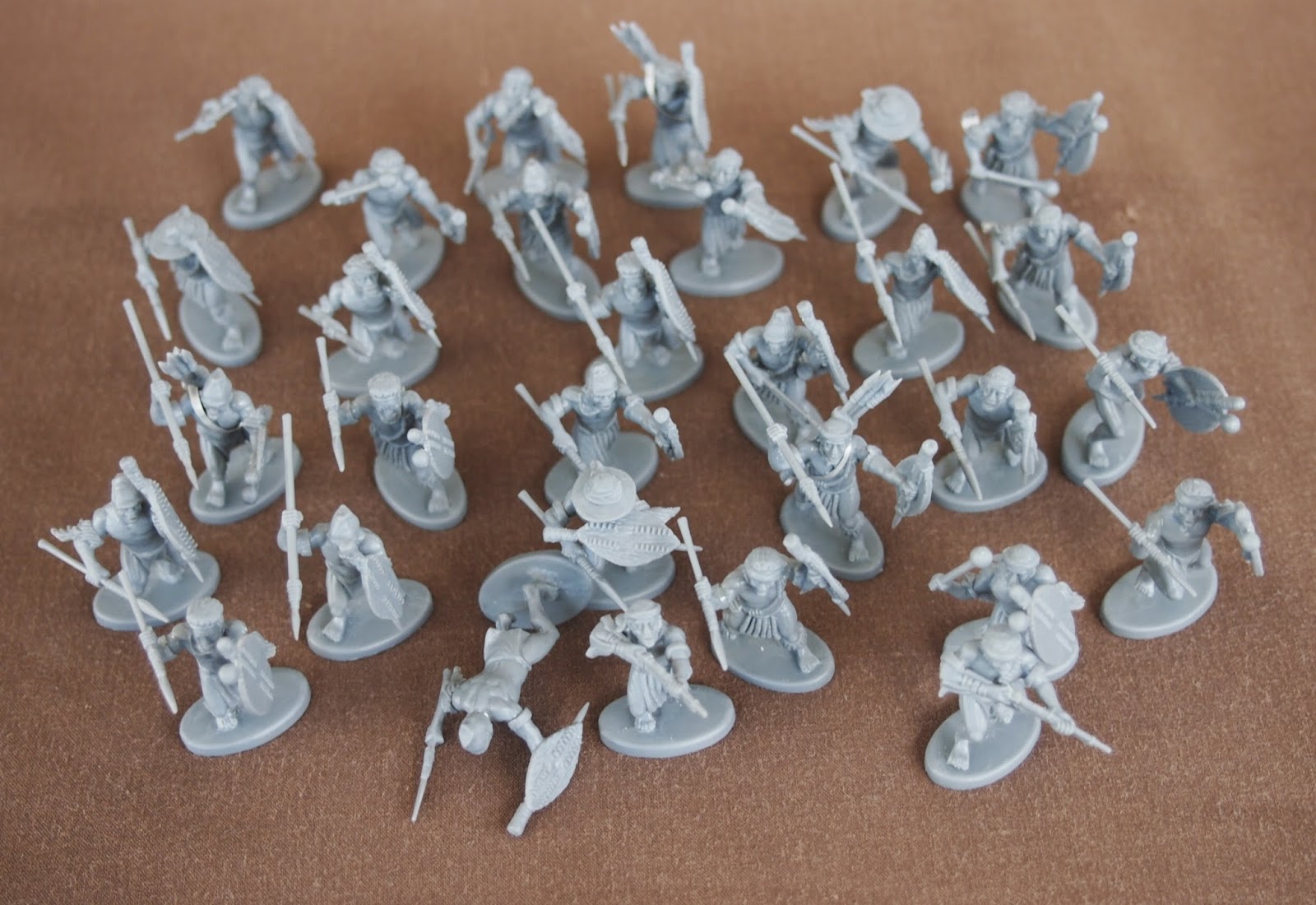 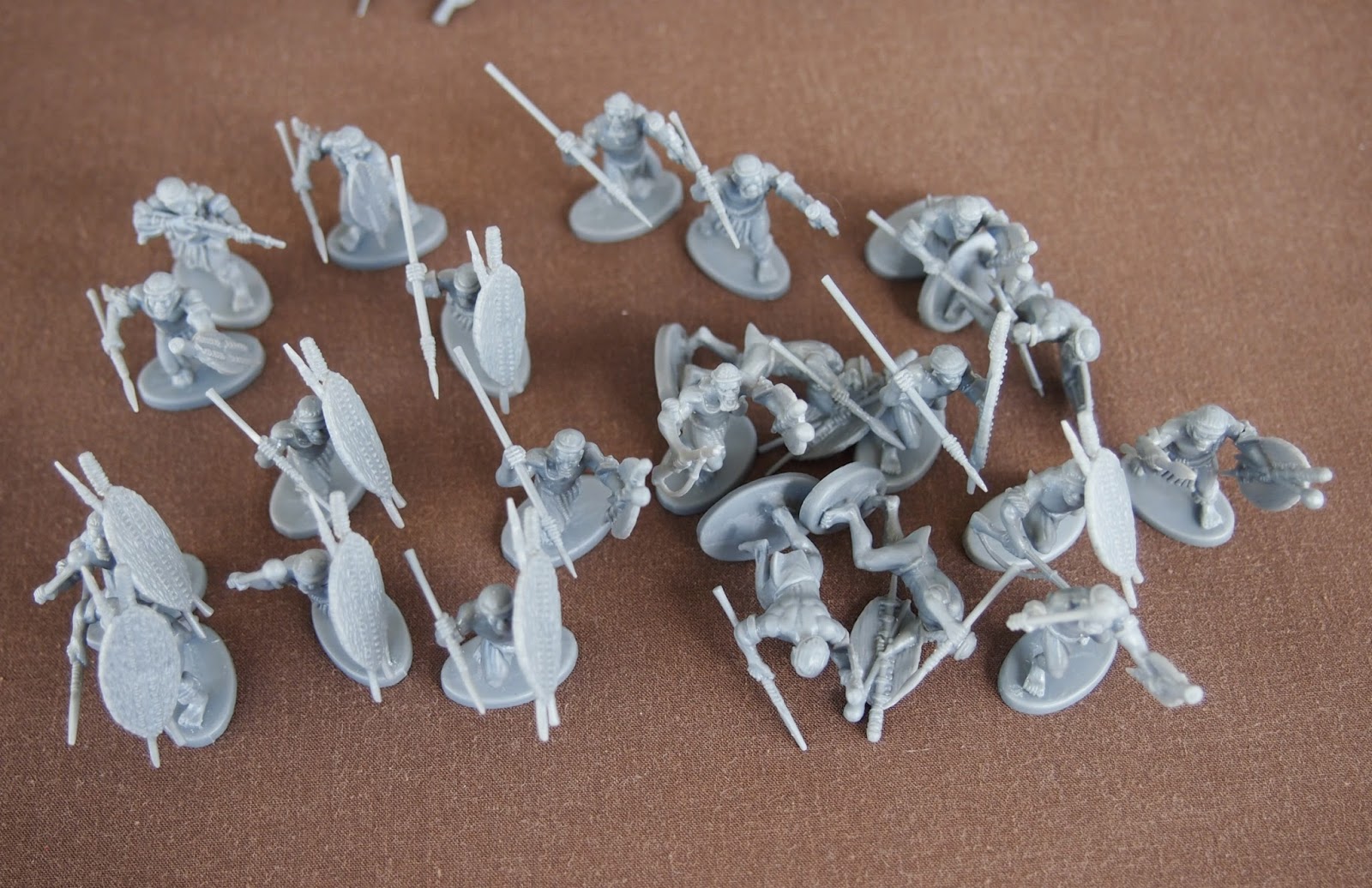 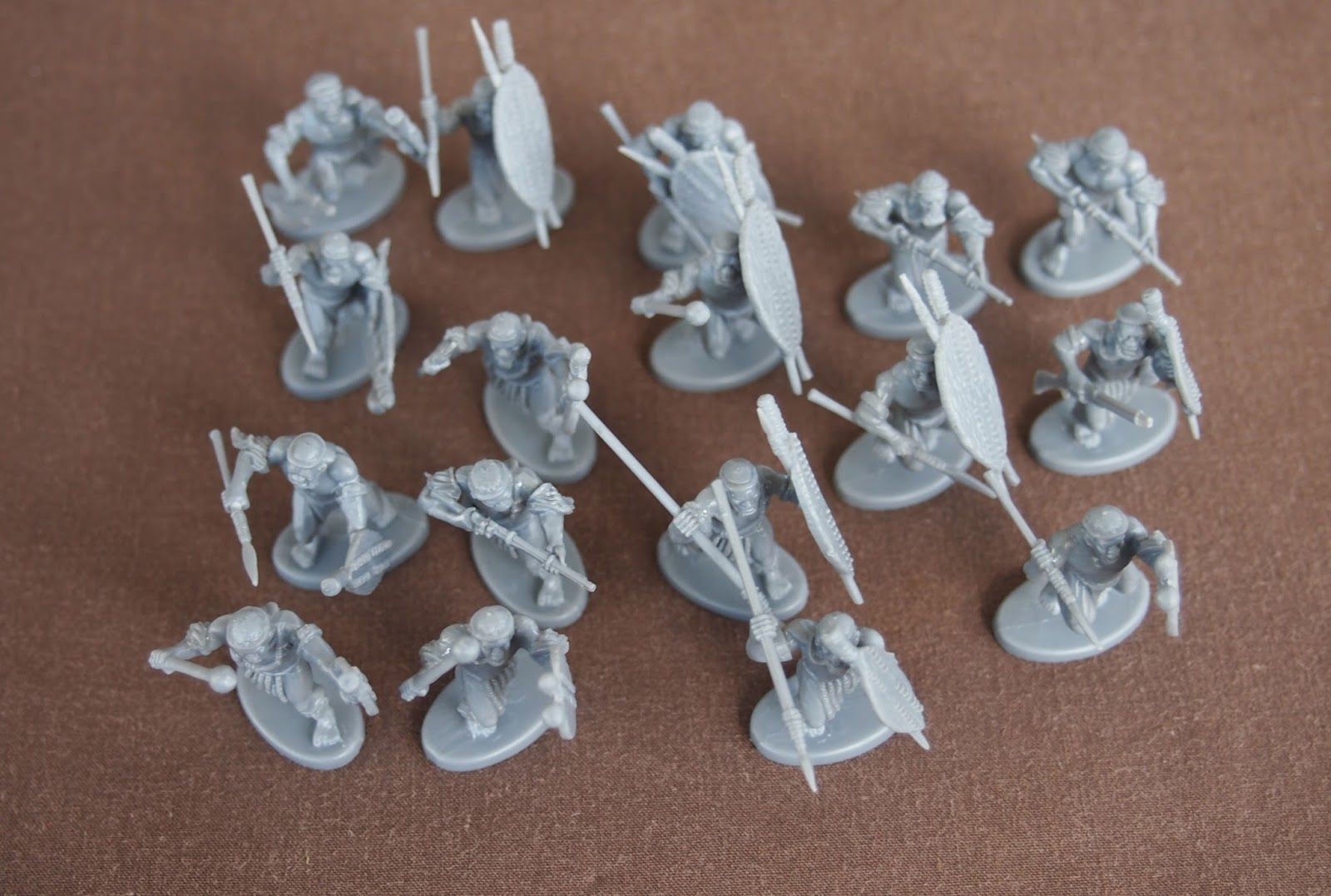 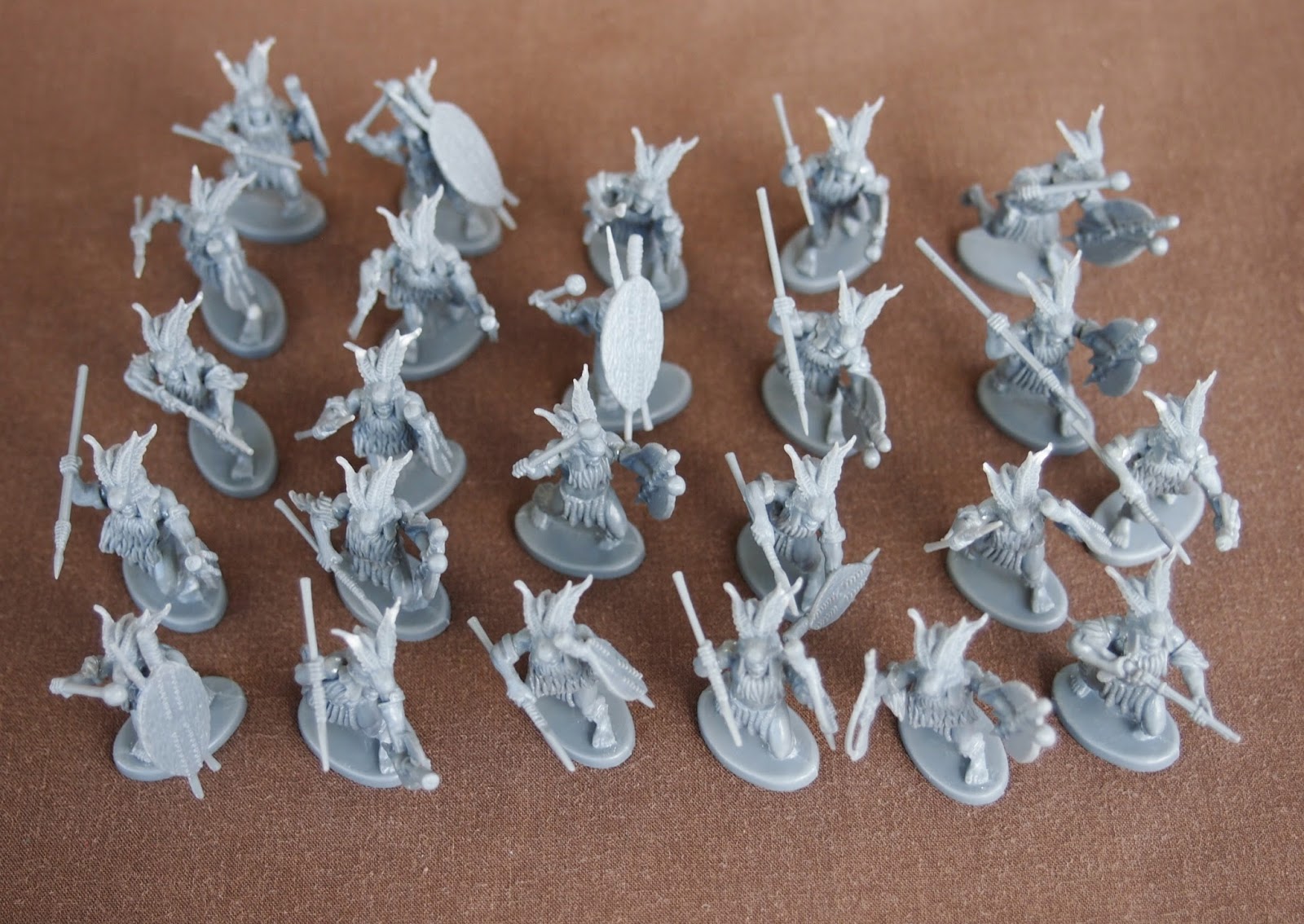 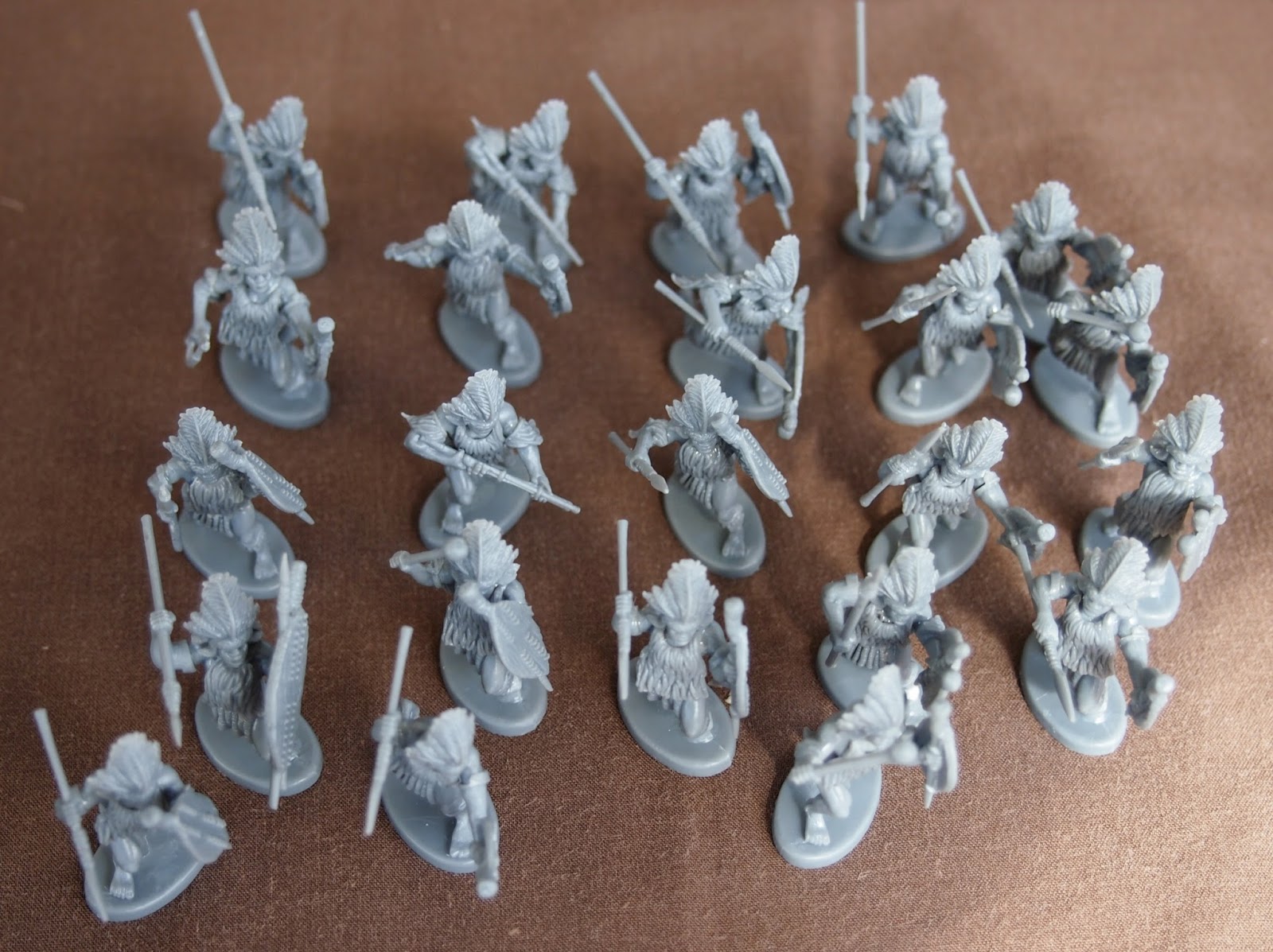 I have just received a German A7V and a Male Mark IV tank from Warlord. I have not seen any reviews of them yet so thought I'd post some pictures. Unfortunately I seem to have two right hand rails for the unhitching beam of the Mark IV Tank. I could easily just cut off the mounting blocks and reverse them but have emailed Warlord to see if I can get the correct part sent.

I have not thought through at what level I want to do WW1 but fancy doing Villers Bretonneux. This will require 1 Male MK IV, 2 MK IV Females, 7 Whippets and three A7V's. Plus guns and Infantry.
I am playtesting some rules to see if its worth buying all those Tanks. So far I have tried and dismissed Great War Rules by Warhammer Historical. I felt that these were too slow and not much fun. I also have the mods written by GAJO Games for Bolt Action which seem to work well and are fun to play. I made one change by using a deck of cards to determine which unit moves/fires etc.

I also received my fourth ruined house kit. I had previously thought these were too small to match my WW2 houses, but will be ideal for making ruined houses for WW1. These will be mainly to block line of sight and match the smaller 1/56th scale tanks. (I use mainly1/48th for WW2)

Years ago I had an A7V from Tony Ashcroft but sold it off with my Old Glory Germans. I wish I could give a comparisson as that was a really good model and painted up well. I hope the new owner is enjoying using it still. 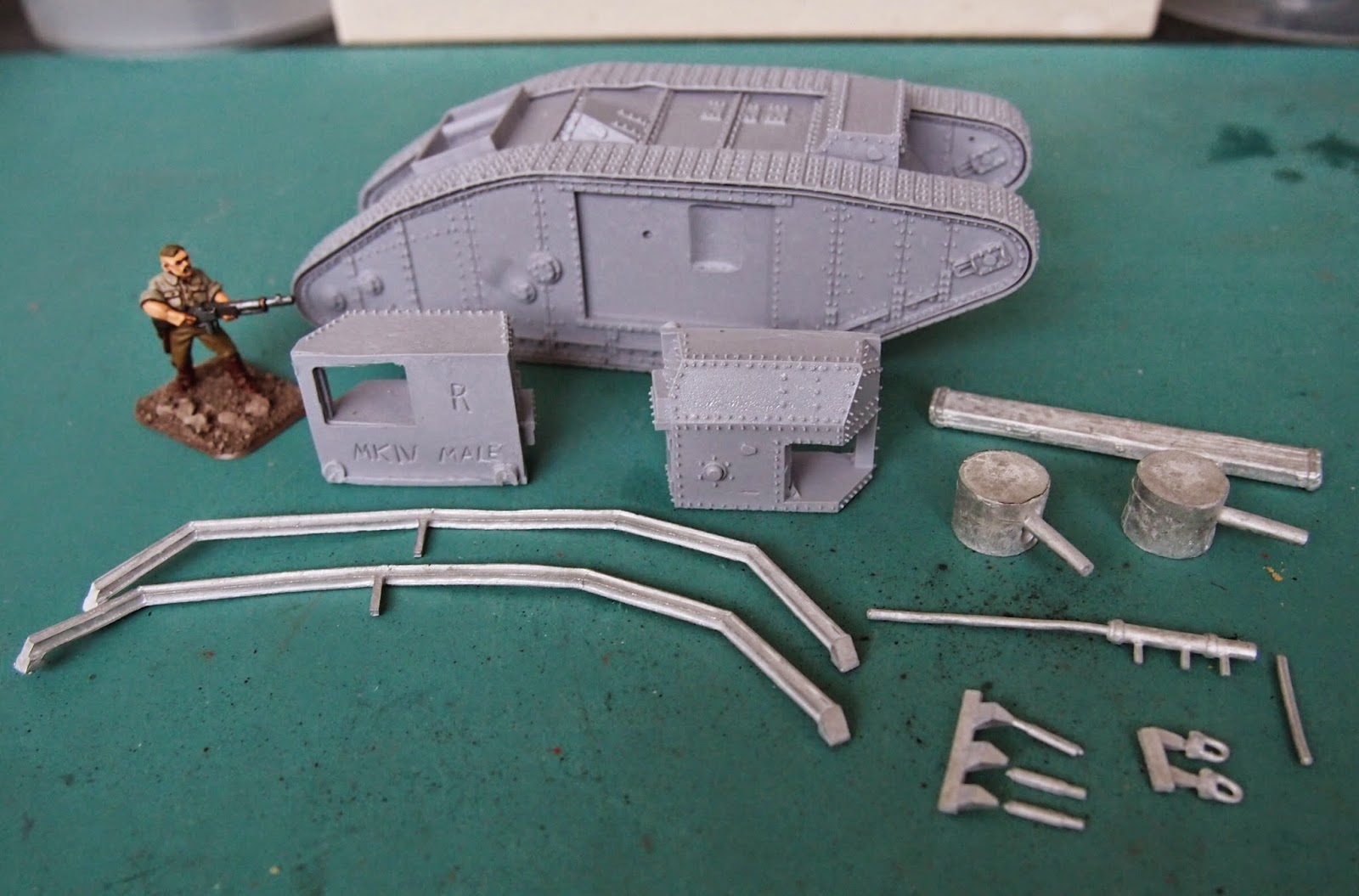 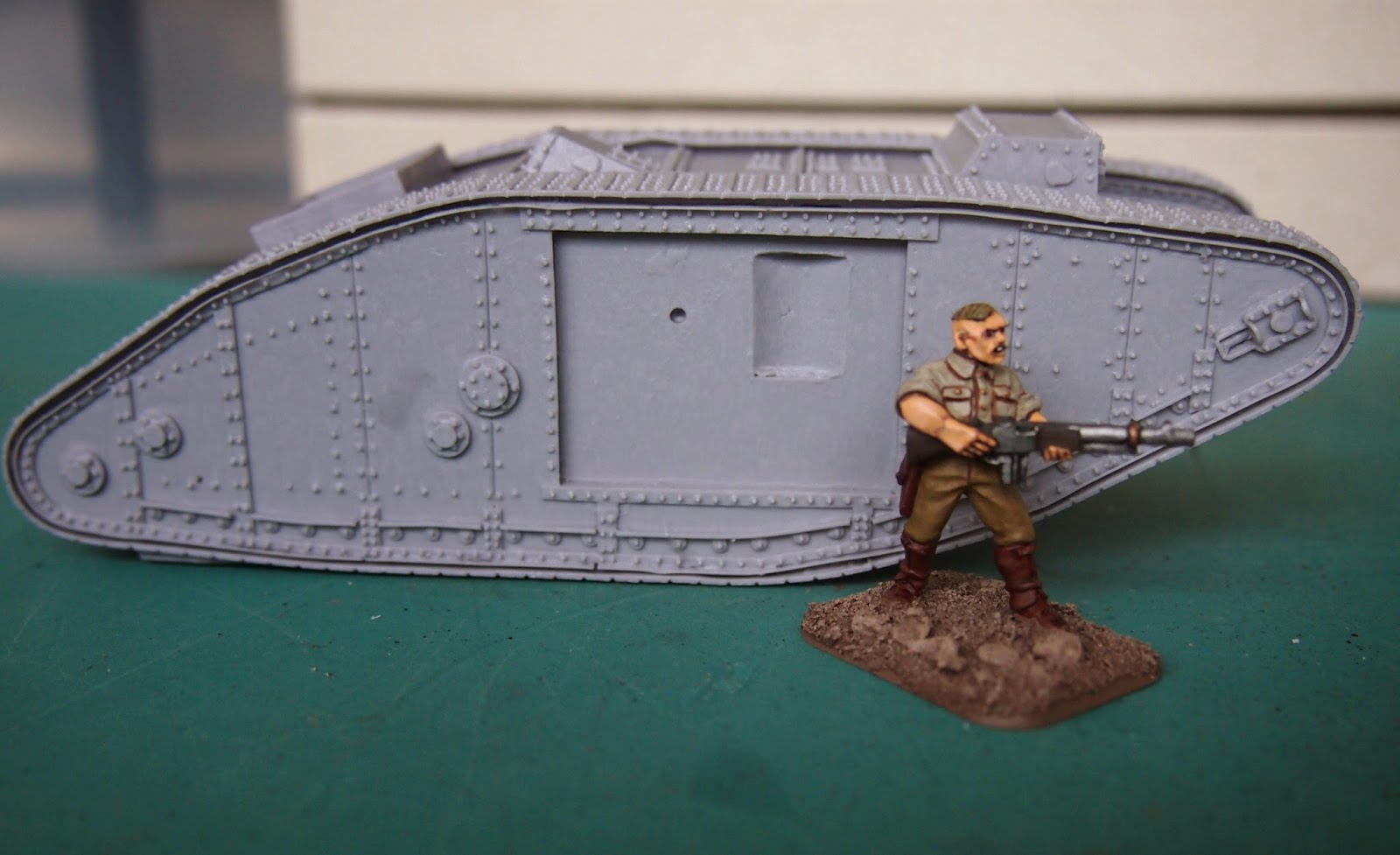 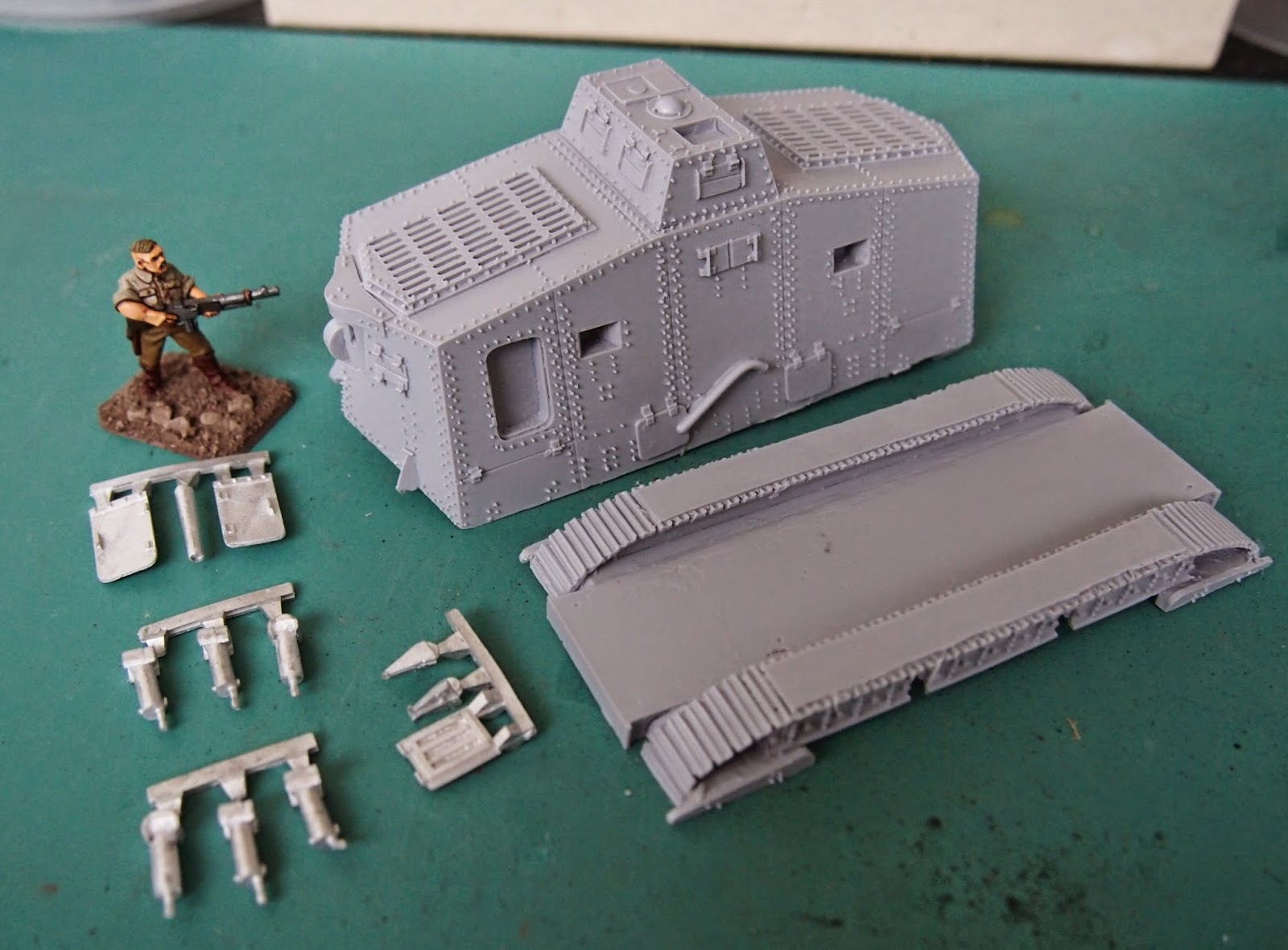 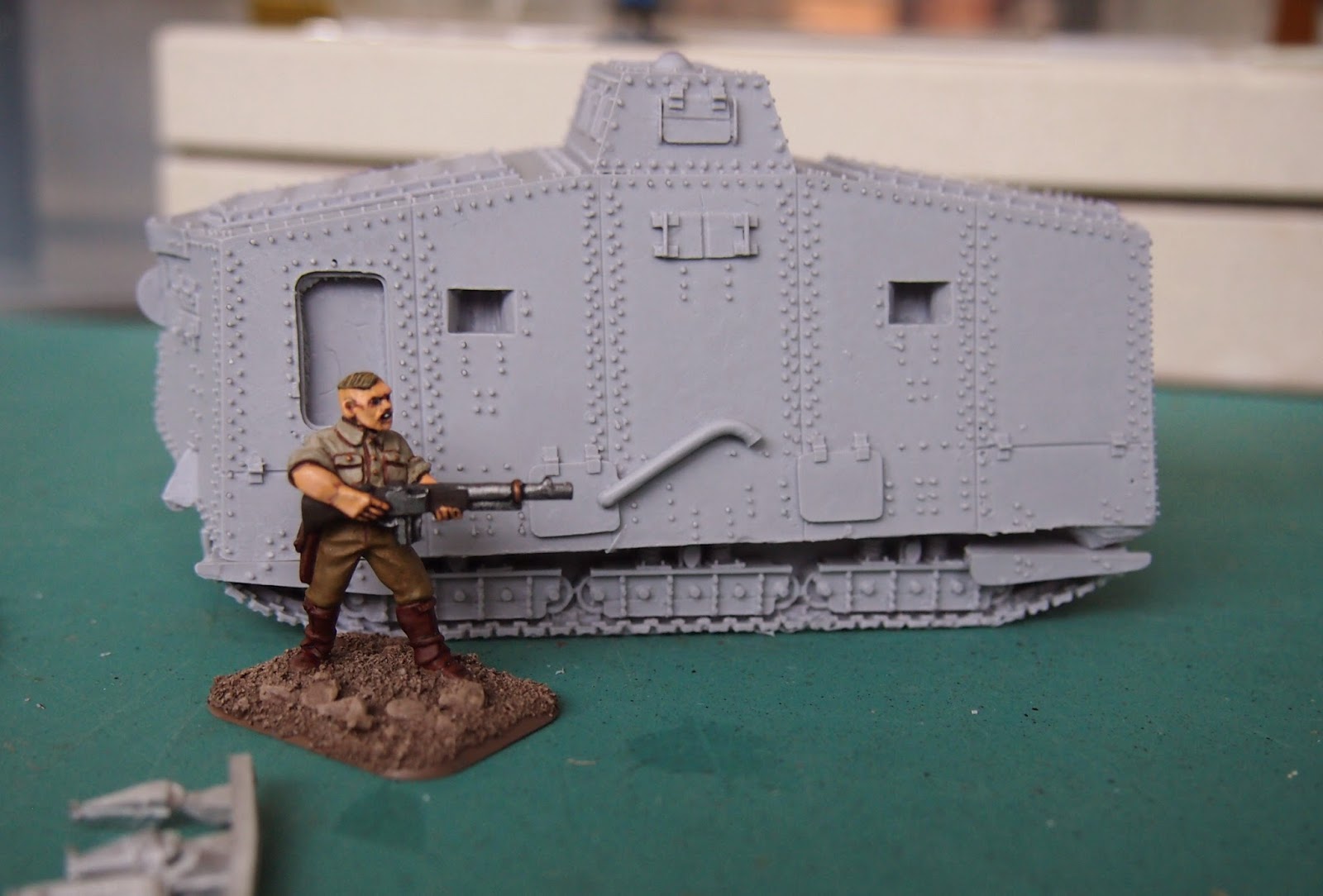