I have just finished all the figures for my Euro themed Police and Terminator forces. (Well that is until I remembered a box of Vasa Riot Control Team stored away).

I painted an Ambulance as a Police SWAT van and gave it a Driver made from a plastic EM4 civilian. The Arms, head and front of the torso will be left over once I assemble a heavy weapons conversion. So with a bit of Greenstuff to make the shoulders back and legs I made a driver. 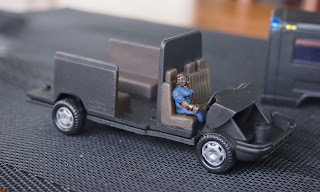 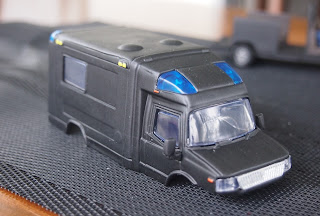 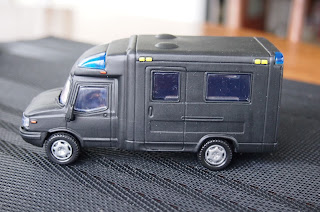 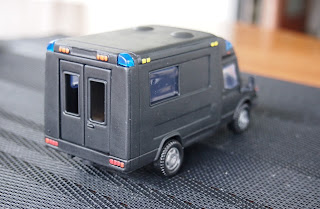 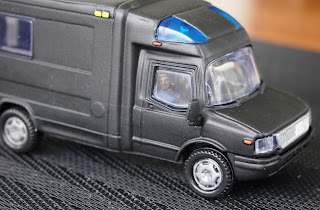 I also assembled a couple of  EM4's Motorcycles and made a matching pair of dismounted Police. Each of hese I gave a Wargames Foundry Pistol as I did not like the futuristic looking weapons they had. I attempted to match the bike's paint jobs to my earlier items. 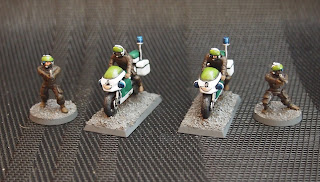 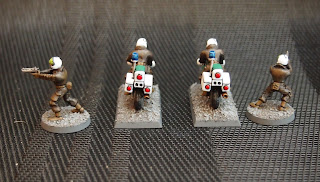 Also in the lead pile were some Police and Heavy Weapons figures which I attempted to match to my earlier figures. Since I did not have the old GW Flesh colour of the Police I instead painted them as Negros. The older figures are stood at each end of the line up. 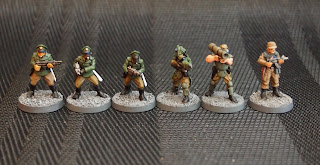 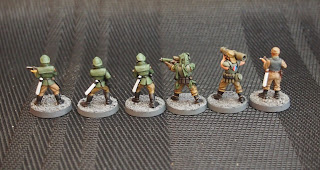 The Scotia Grendel Biomechs were painted as T800 Terminators like this Sarah Connor Chronicles photo. 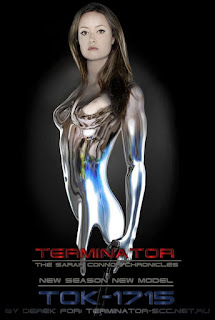 I now have only to paint the Riot Squad, a Platoon of Viridian Soldiers, a couple of gangs of Foundry Street Violence figures, the rest of the EM4 plastic figures and some Sci-fi Vehicles. Oh and some more Zombies. (only he says) 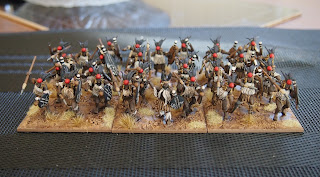 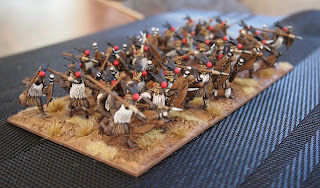 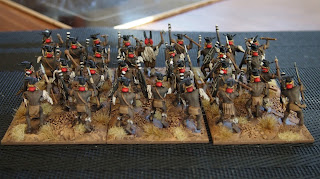 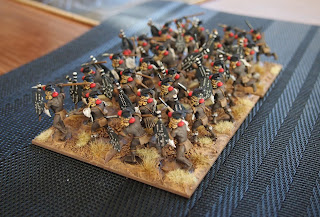 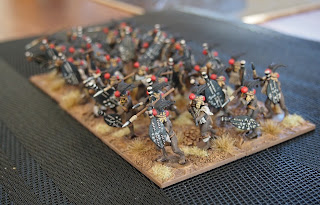