This is my seventh Zulu Regiment which I seem to be able to breeze through without any problem. Nothing fancy just a basic Married unit. I've called it the Utulwana Regiment. 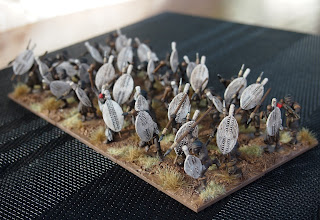 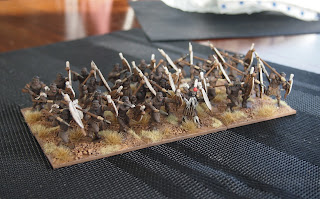 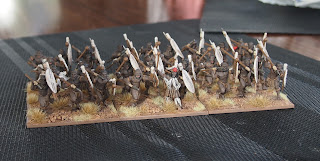 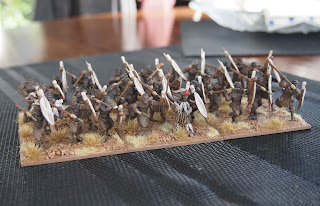 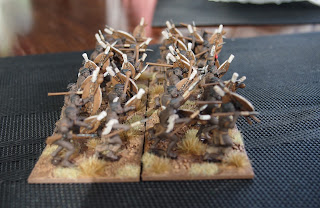 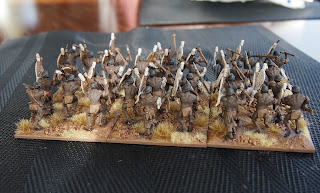 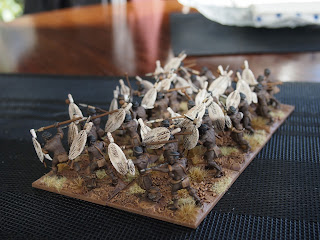 I've long enjoyed Apocalypse Now as a Movie rather than a realistic portrayal of the Vietnam War, as some of the scenes are very memorable. So when I received a figure of Tim Collins from TAG with an order I immediately thought that he would make a decent Kilgore figure for a Command stand. The Hat came from a Pulp figure which was hightened and some cords were also added with Greenstuff. The Radio figure is a Westwind figure with a Head swap as I only had a long haired example left. The Surfer is also from Westwind which is the really odd looking figure holding a shotgun and kind of waving with his other hand. He has a head swap from a German pack from Westwind. The Surfboard was made from plastic card. 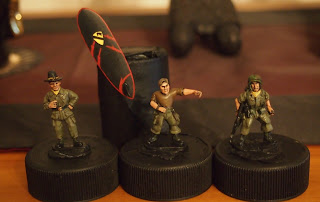 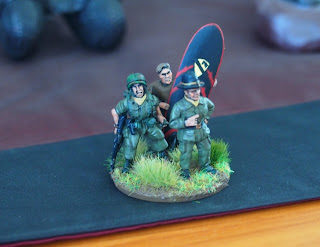 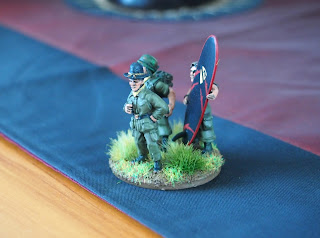 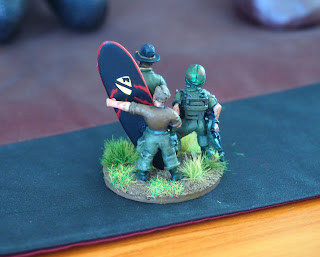 I popped into the local Train-shop the other day to buy some Vallejo paint and had a look through the secondhand train items as I usually find something of interest for 20mm terrain. I found instead some Containers which had been removed from either Truck bodies or Train wagons in either O scale or 1/48th scale. (if there is any difference?) I've looked on Ebay and have Googled for these but cannot find anything that matches the refrigerator units on the front so am unsure who makes them.

I initially picked up two of them as they were $8.50 each but then thought that I'd regret not buying them all in six months time when I had forgotten how much they had cost.

My plan is to make some of them as truck trailers and the rest as dismounted units, used as permanent storage units for the Factory that I plan to make for my Post Apoc or Zombie gaming.

The doors are able to be opened but the interior looks like it would need some work to look decent. I'm thinking of having some Zombies or supplies spilling out. The labels look decent in the photos but they are only paper labels stuck on. I may remove them or just varnish and do a dark wash over them. No rush to decide at this stage so I might come up with another plan. 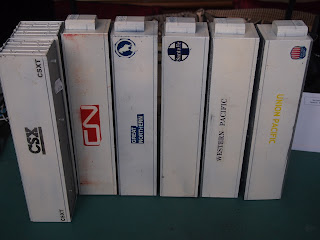 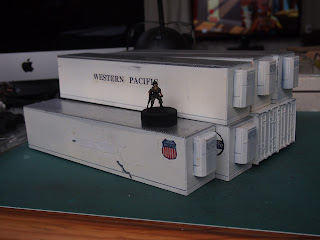 My 28mm M113's are almost done. I feel that I need to make some kind of marking on them as its going to be almost impossible to remember which of them are which squad. I use a card driven system in CDS which could get a bit confusing without this. The M577 still looks a bit bare so I am going to make up a tent section for the rear and some boxes and sandbags for the sides. The passengers are a mix of FOA and TAG. 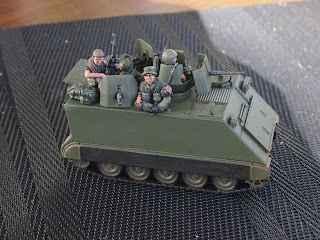 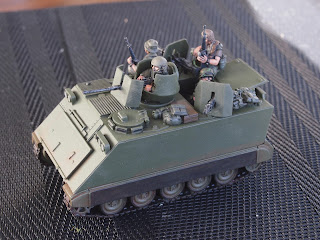 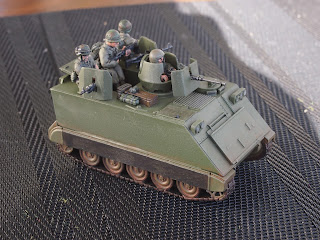 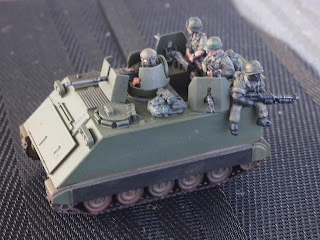 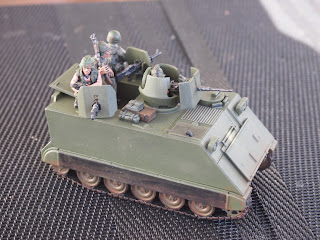 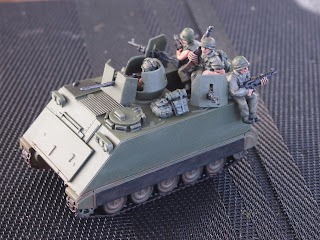 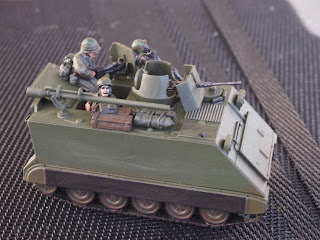 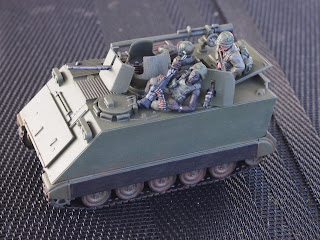 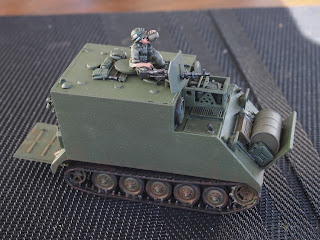 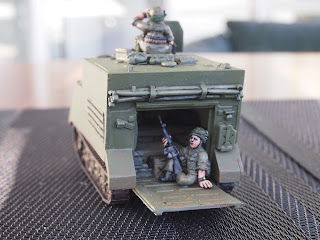 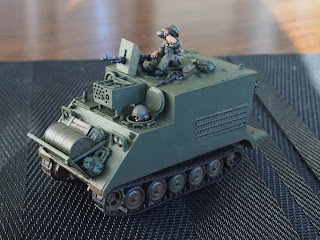 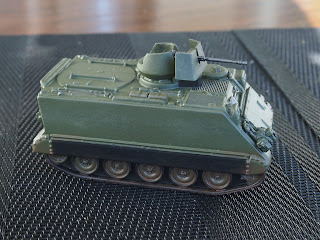 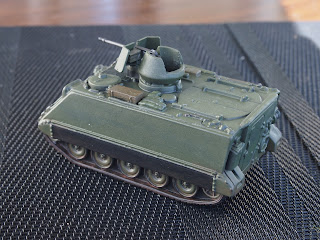