This unit seems to have taken far longer than any other that I have done so far for this project. I first painted all the crews in one batch, and then painted the guns, pack ponies with handlers and Rockets. I still have some limbers to paint which I will leave till last as I need more British units.

The Crews are a mixture of Black Tree Design, Casting Room Miniatures and Empress.
Some of the figures had some conversion work to them as I decided against mixing the Casting Room and BT figures on the same bases as they are different styles. 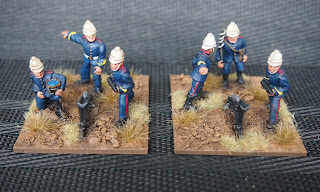 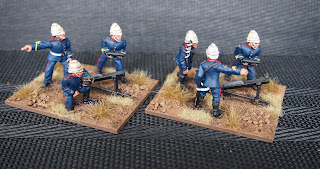 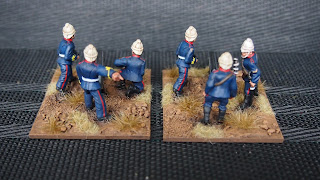 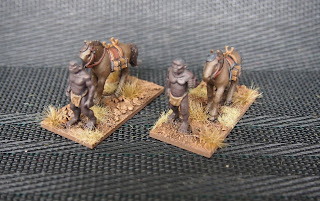 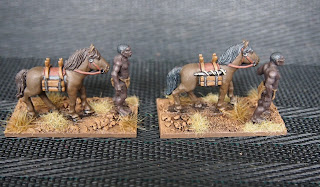 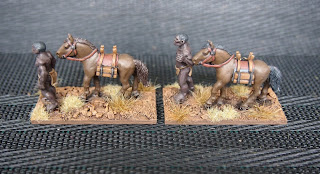 Gatling Gun and crew are from Black Tree. I modified the gun a little bit to reduce the width of the axle. I also wanted to reduce the size of the boxes but could not find an alternative in time. 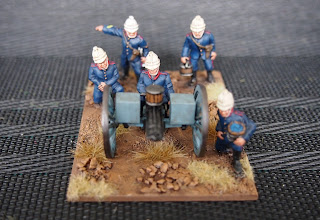 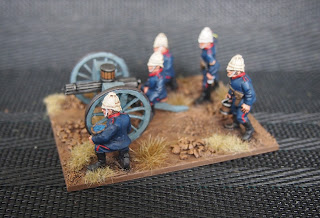 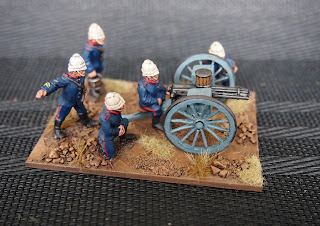 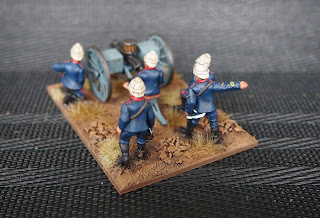 The Guns are from Black Tree which looked really odd to me. I removed about 5mm from the width of the wheel base, cut down the ammo boxes and then added seat backrests and steps. I also used some 9 pounder barrels from my spare Foundry guns. I will use these with my Limbers later on. 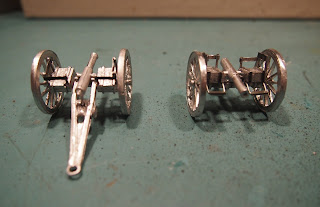 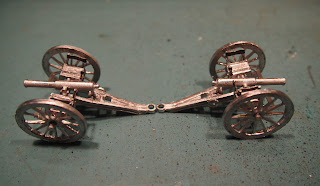 The Crews are from Casting Room, I also found these a little odd looking and modified ones face as he looked like an Ogre and reduced some of the hair on others. 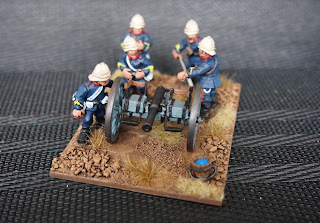 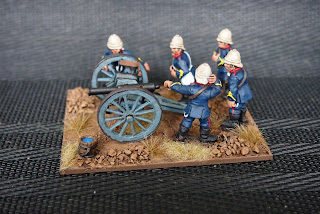 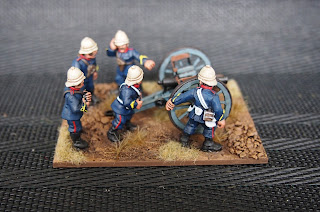 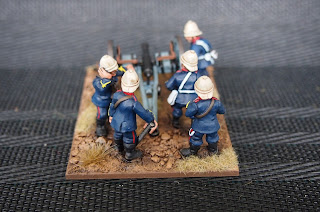 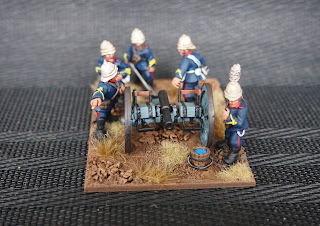 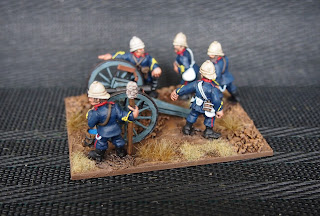 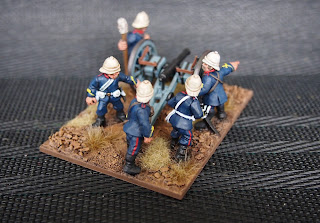 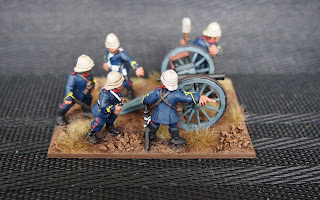 The Command consist of a Mounted Empress Commander with an NCO. I also made an NCO out of one of the Rocket Gunners. I don't know if these will actually be used in games as Command figures but painted them anyway. 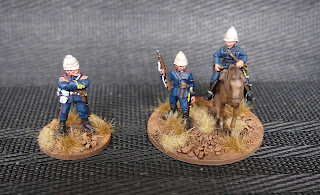 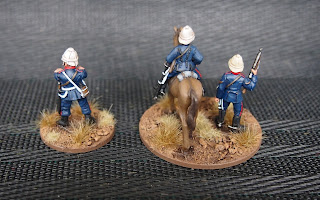 After painting all the Crews I got to the bit in Ian Knights Zulu Rising about Isandlawana and discovered that the Rocket Crews were just Infantry men! Oh well too late to go back and repaint them. I have also just put away all my figures as I needed my table for a Club evening. I had been testing out a few Mods for Sharp Practice and one gun had just been over-run while the other should be about to let fly at close range on a Zulu Regiment. I had nothing to represent the Rockets so will have to replay this.