Berlin Buildings - an update on progress.

Well this has turned out to be a much bigger task than I anticipated. Progress has been a bit slow as I am finding that I am taking two steps forward and another sideways, but progress is happening.

I built two buildings with windows from Resin, copied from some which I had built in plastic. I have attempted to assemble another two buildings but had issues with making more resin windows so put that aside till the warmer weather. I figured that the resin making kit stored in my back room is too cold most of the year and have just cleared a space in my cupboard where I keep my security monitor, as that seems to have a constant temperature most of the year.

The first building is ready to paint but, I am bothered with the way it looks. I suspect most people would say to not worry about it but the rest would say I messed up. Luckily its not too late to correct.
The issue I feel is that the roof looks like it has been designed by one committee and the building by another with different versions of the plans (what plans?) 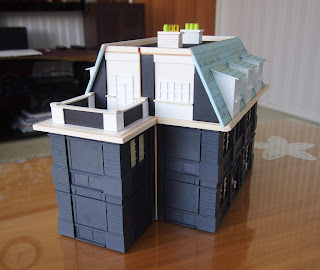 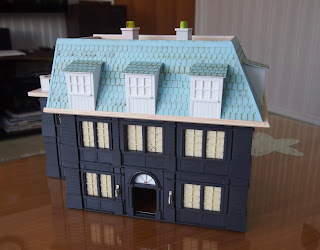 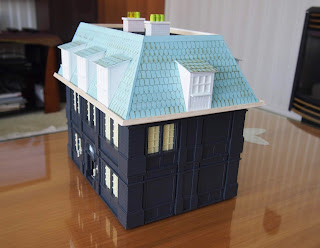 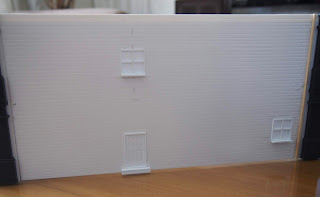 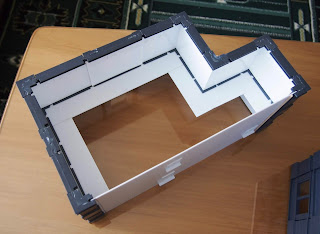 The fix for this is actually quite easy as it turns out that by switching some small window sections with some larger ones the roof will fit exactly like it was meant to. The building is all glued together so I have had to cannibalise parts from buildings three and four to make a new version of building one. 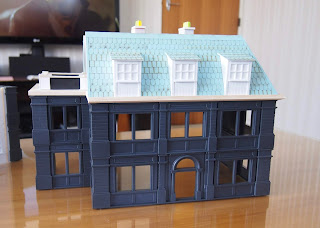 Building two had the roof built to the same design as one but since I have not done any detail work on it yet I should be able to cut it down for a better fit. 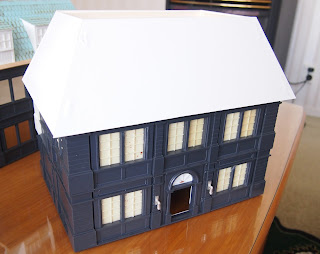 Building four has now become a problem as I was originally going to make a copy of building two, but have taken out the larger window sections and replaced them with the smaller ones. I also have loads of bits left over so could make a large odd shaped building or the smaller one. For the moment I will be going for the small version and try and get another kit to use the spare parts on. I feel the large version will be hard to store and transport. 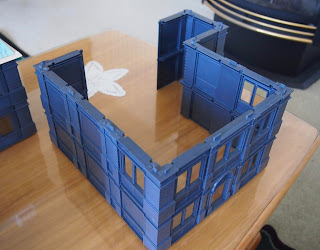 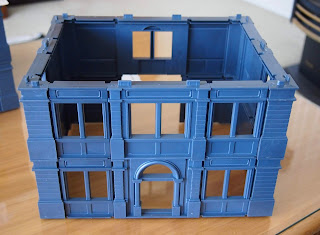 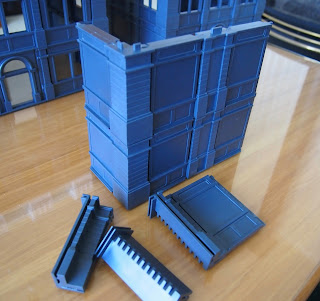 I case you are wondering what materials I have been using I will give a rundown.

I would like to build some drop in rooms at some stage but want to concentrate on the buildings first for the moment.