Revell Helicopters are a pain to fit together.

I am putting the first of the Revells together starting with the crashed one as it gives me a better idea of fitting them together without the crewmen. After I drilled some bullet holes through the left side cabin and window I discovered that I was missing this window on another of the kits so replaced it with some flat card. After glueing the hull together using clamps I had to go back the next day and try and close up some of the gaps and again clamp them. I have glued the glass into the nose and roof and have noticed the nose has a problem lining up underneath. 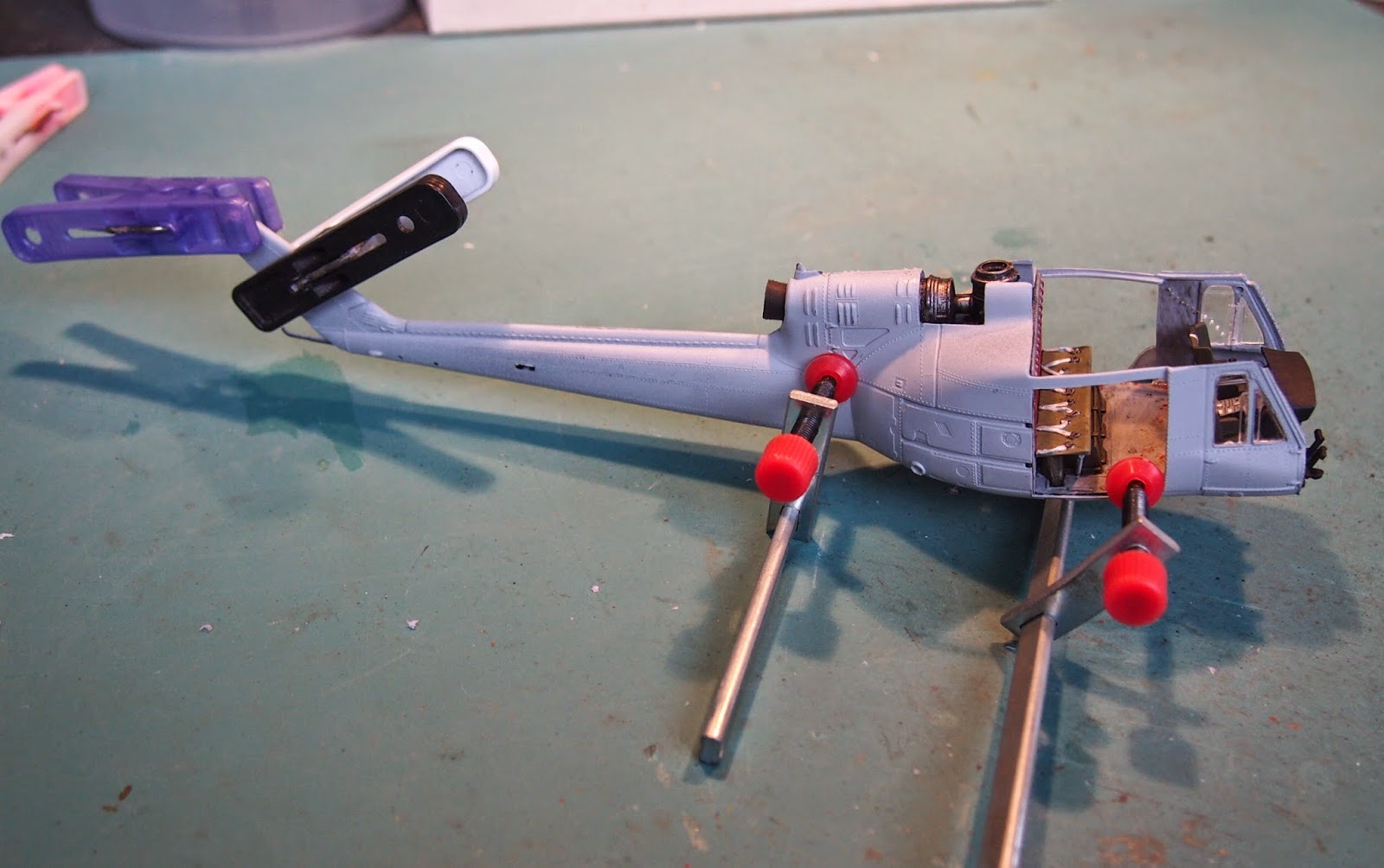 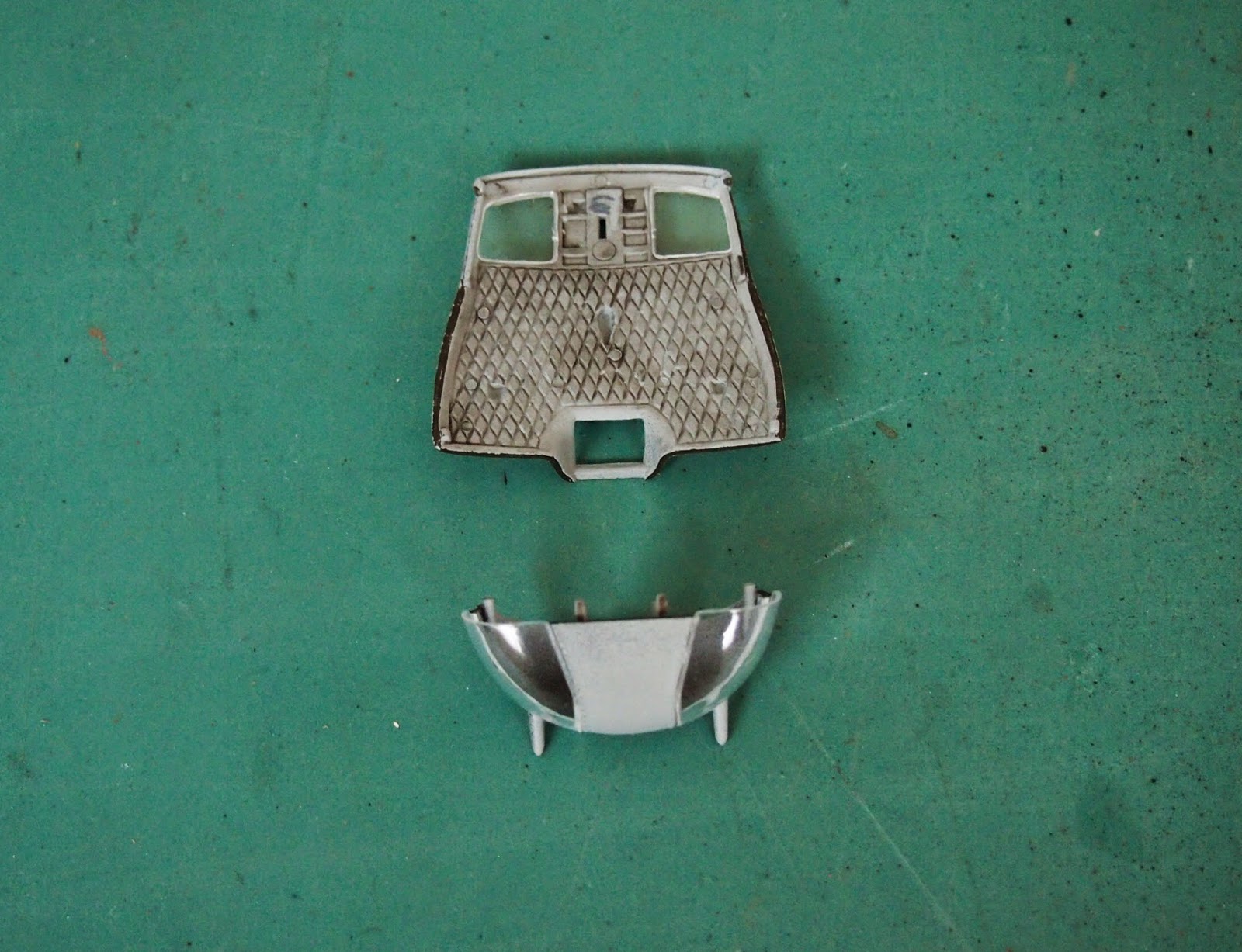 The crews have had more paint on the Helmets as I was doing the TAG crews at the time. I have had to cut the Helmets on some of the door gunners to fit into the Corgi Huey's. 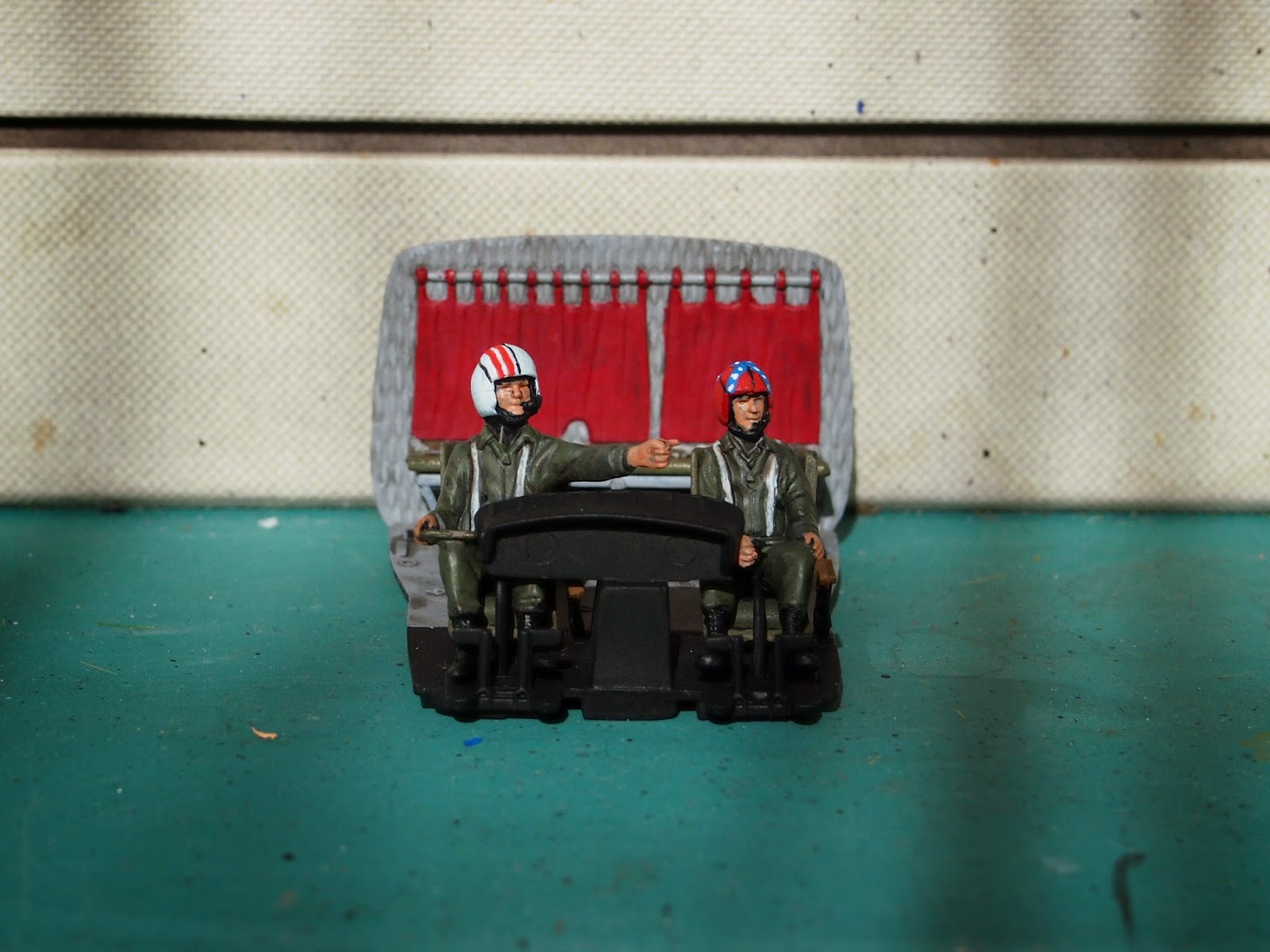 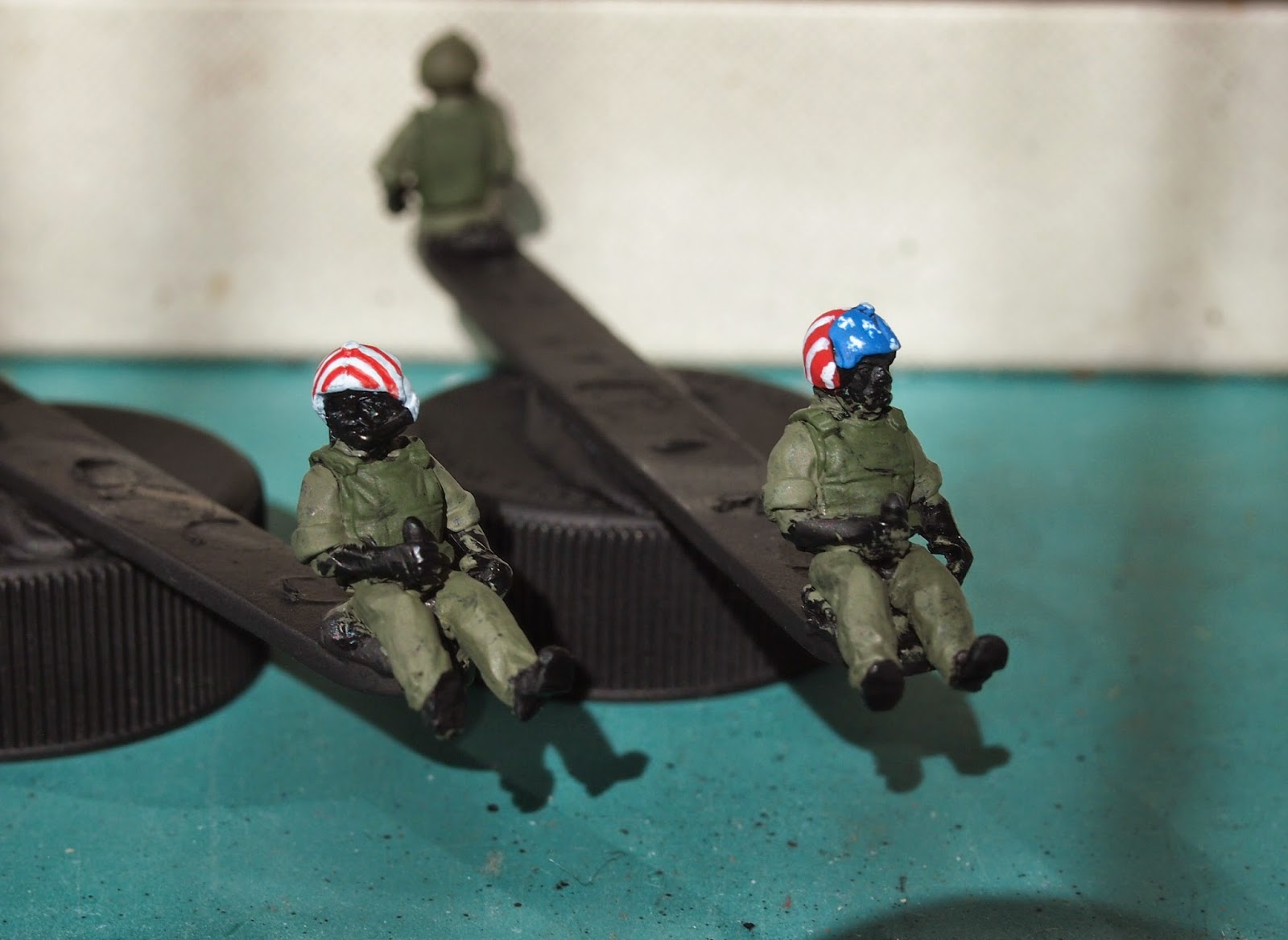 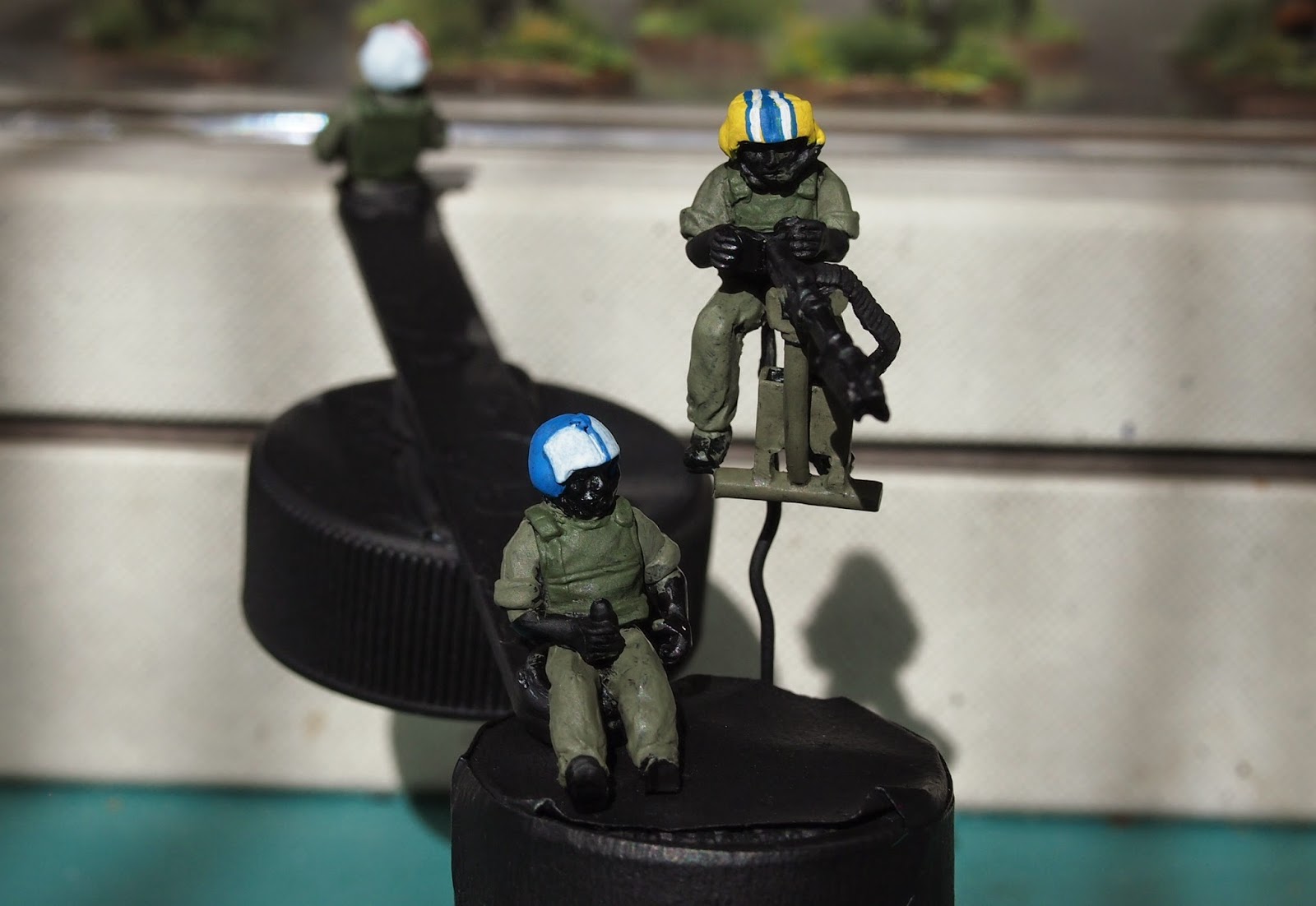 These figures were meant to be the second section of my second US Platoon. However I thought that the hats made the figures look even smaller than they already were, and thought of using them as Kit Carson Scouts.

After I had done some research I found some photos of a bodyguard for a local election official, all dressed in ERDL camouflage suits. I then thought that these figures could fulfil both roles in different games.

The light is very bad at the moment for photography so I hope these will do. They also look very glossy in the photos which is not the case in real life. 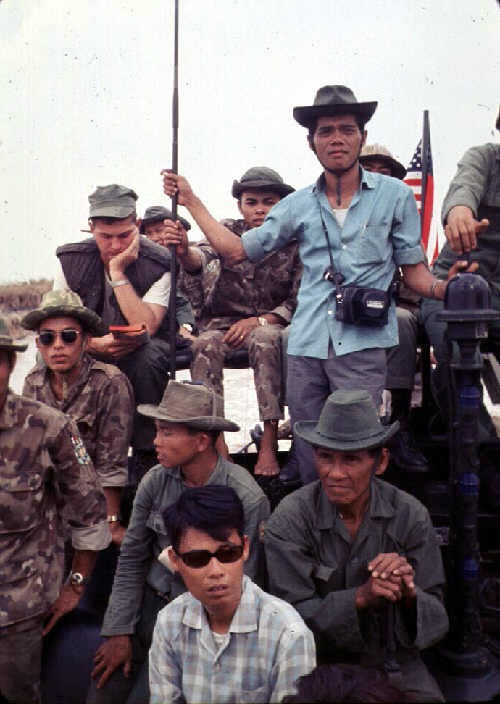 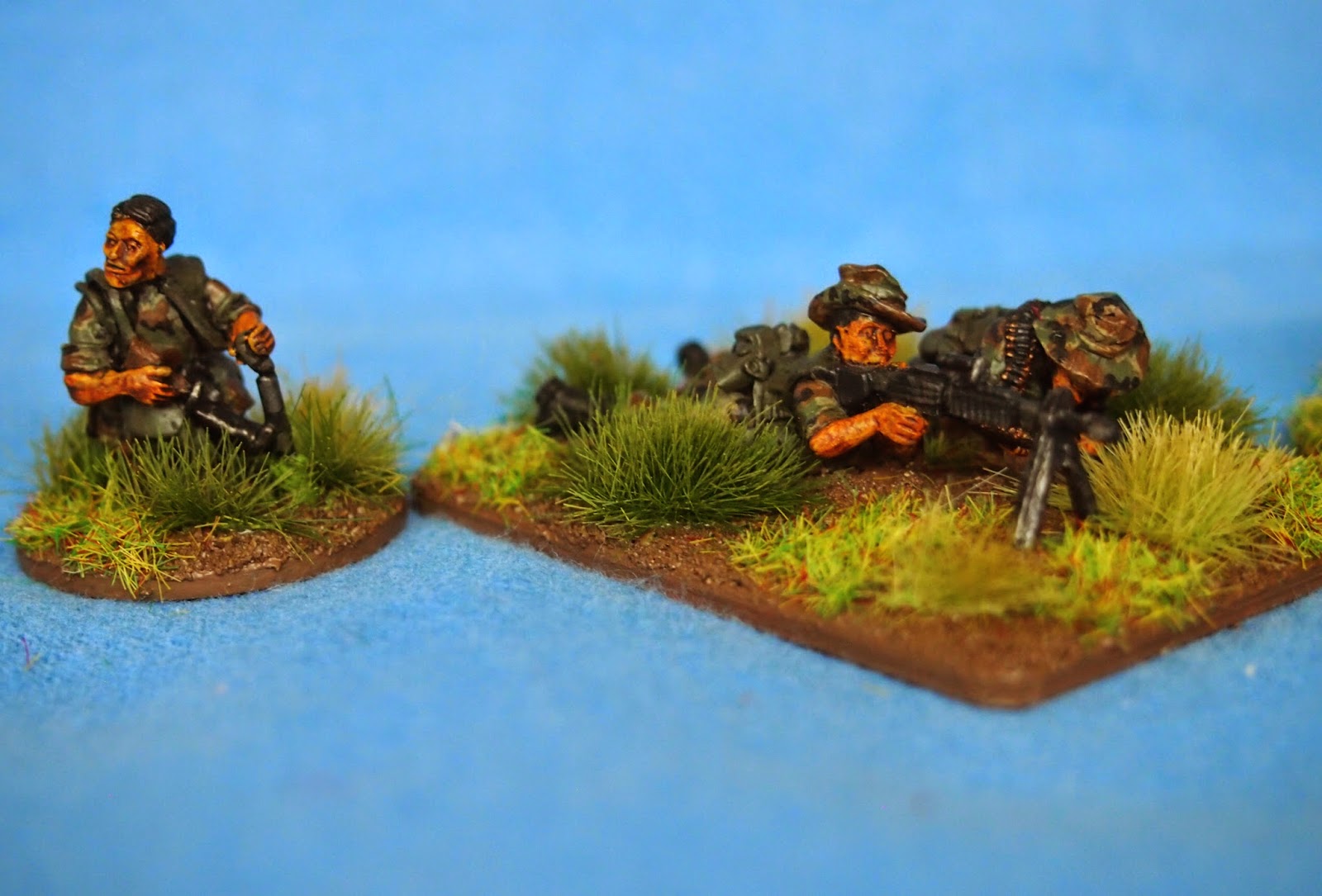 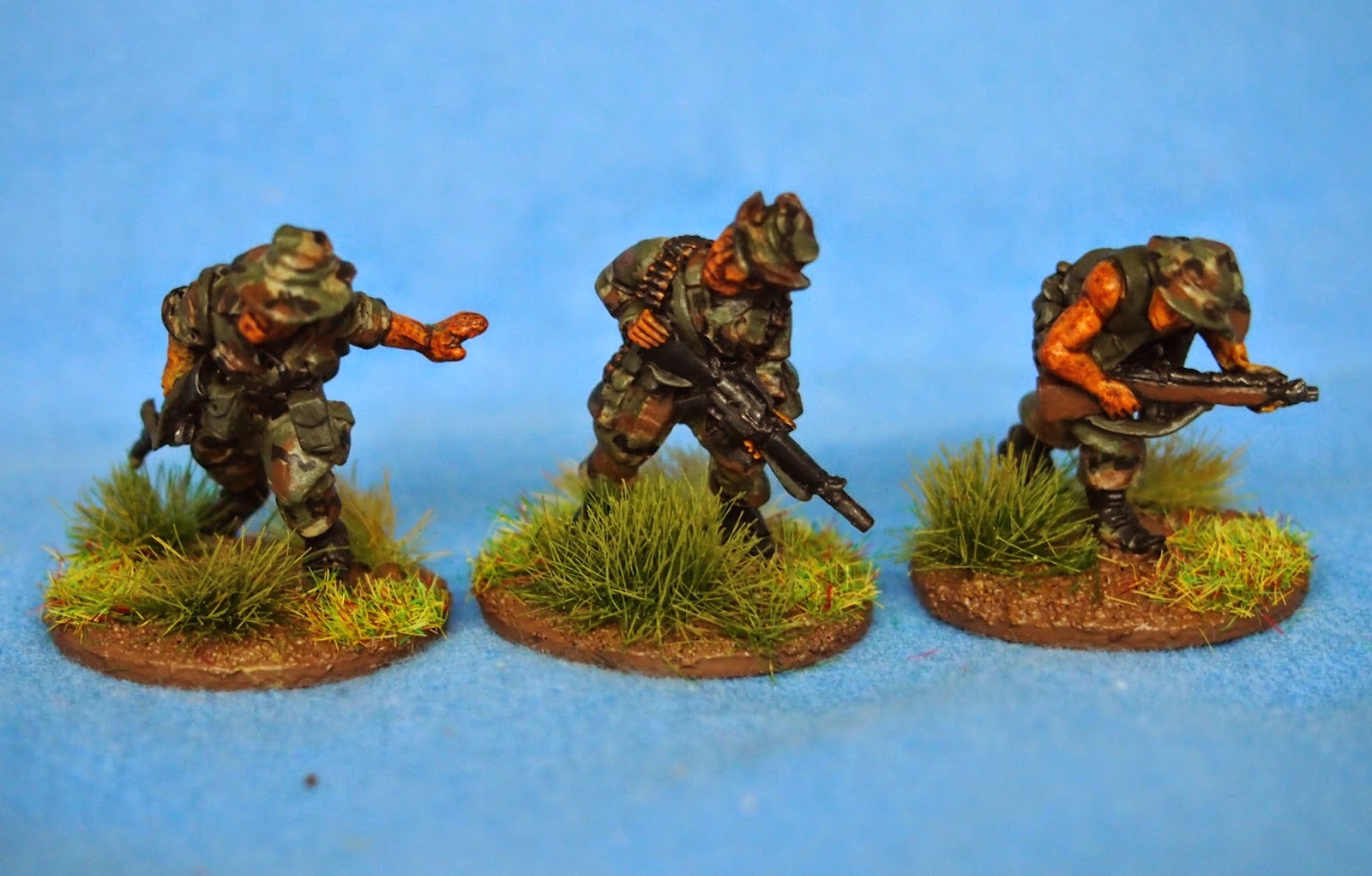 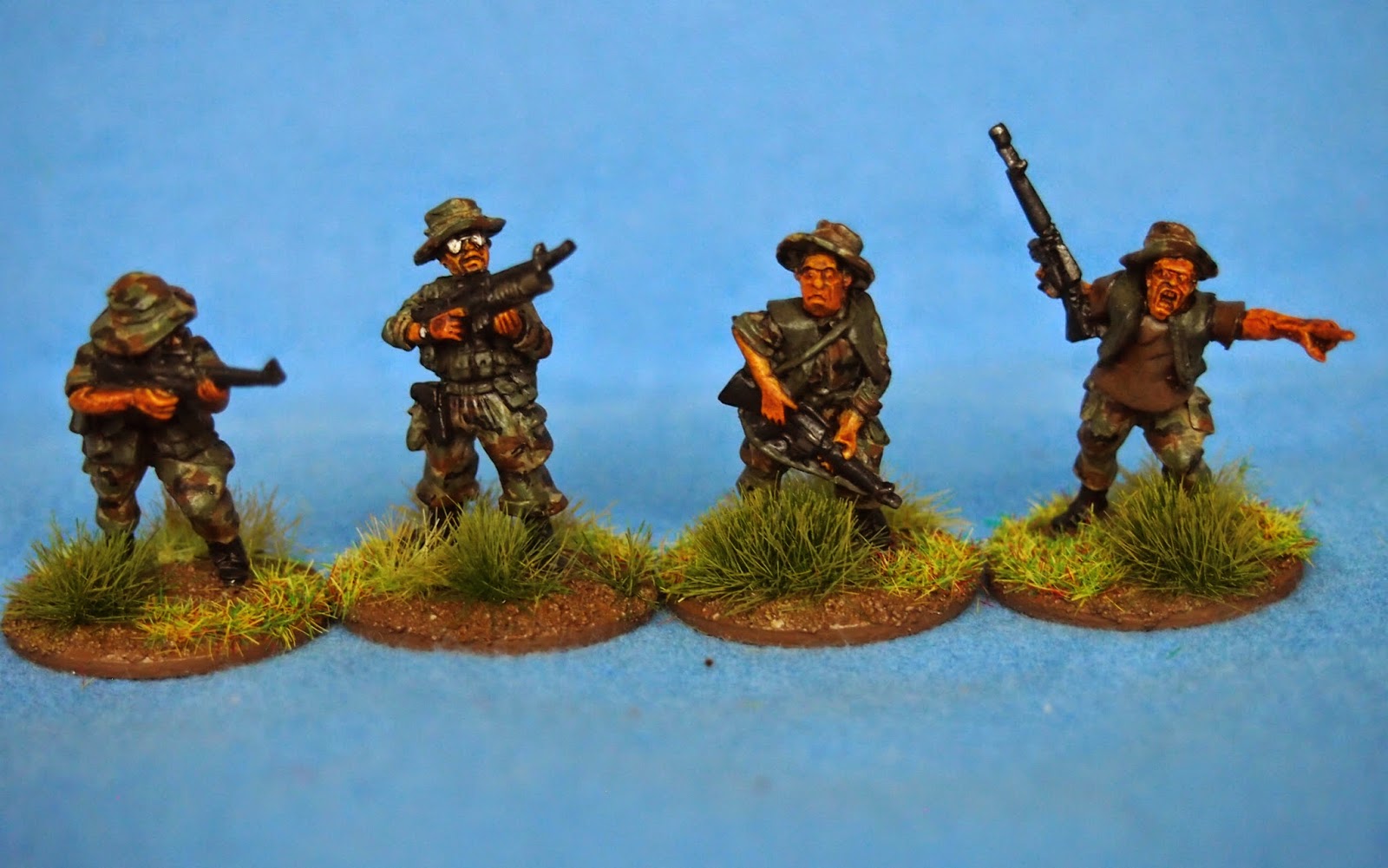 I also finished the missing member of the first section, a medic and a Flamethrower converted from a WW2 BlackTree figure. 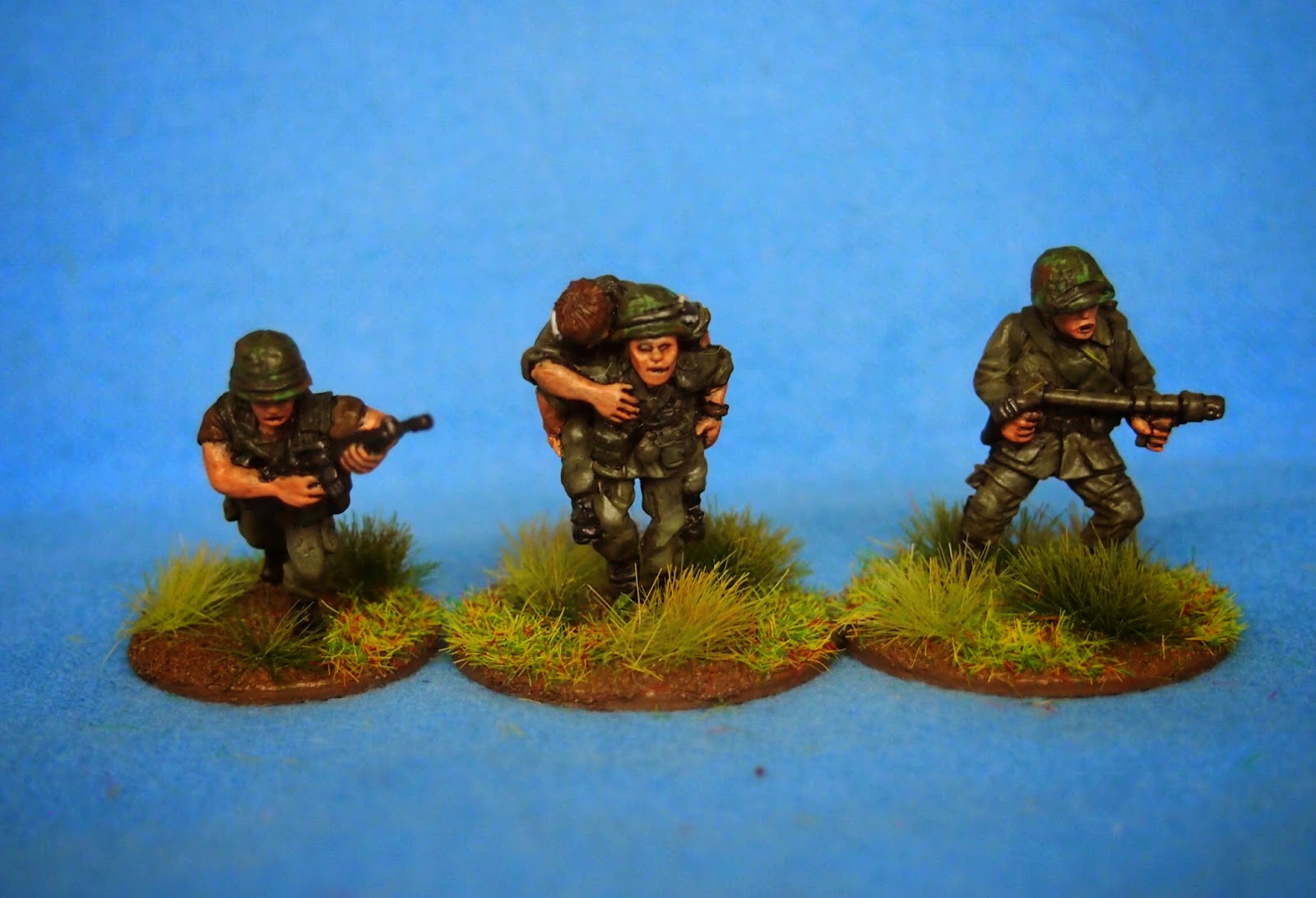 A few items have just arrived from Army and Outdoors (a local supplier).
Two LC1 Ammo pouches, a British Army towel (to wear around my neck) and a metre of Para cord. Which I was thinking of using to replace the missing metal clip on my bayonet to secure it to the etool cover. I also bought a bandage and a Davis belt from Trademe.

I repainted the blade on my 76 dated etool as it was very badly rusted and had very little paint left on it. It at least will be preserved and should not suffer anymore deterioration with rust. I am tempted to go and dig the garden with it though to get a few scratches on it to match the handle. 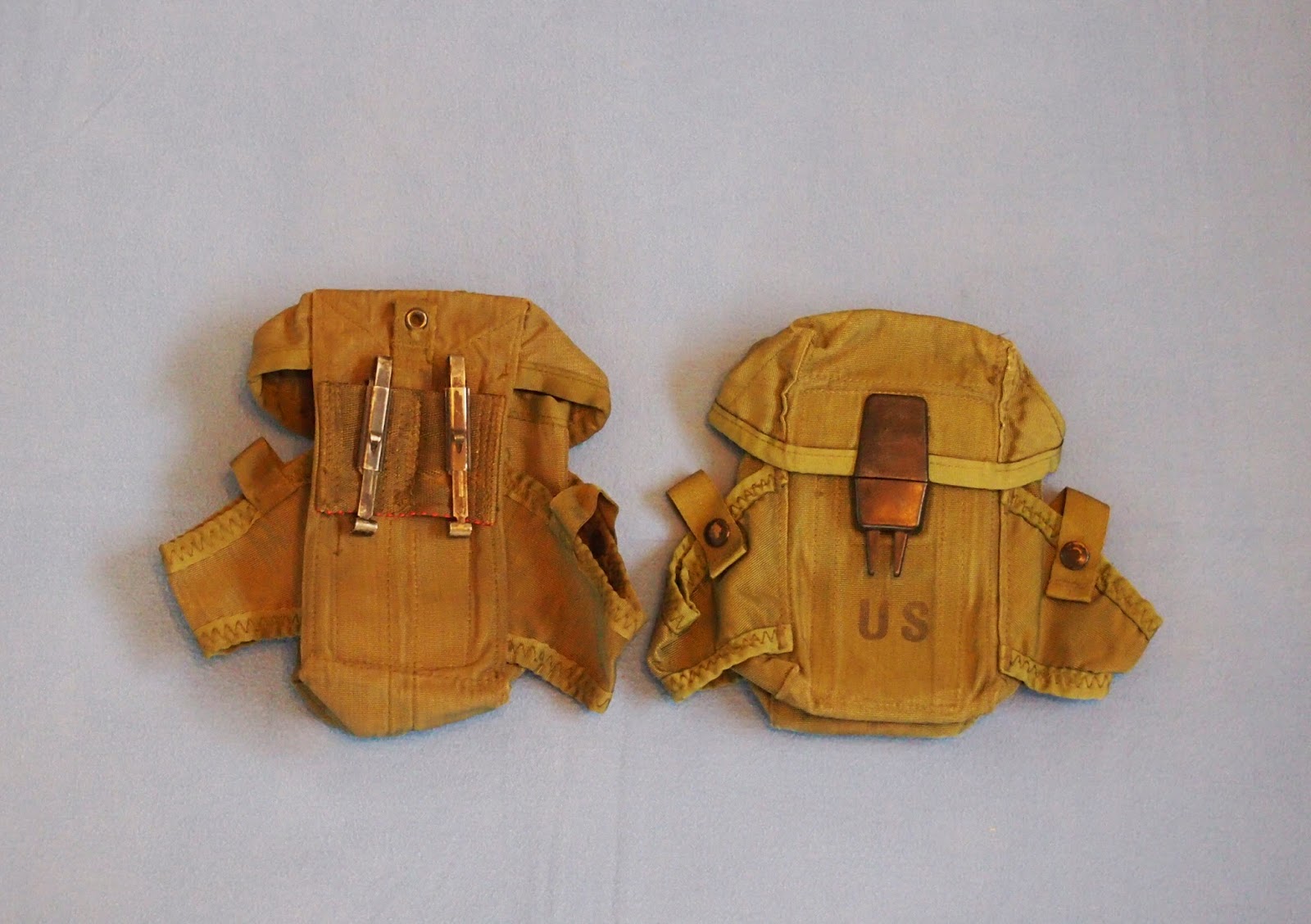 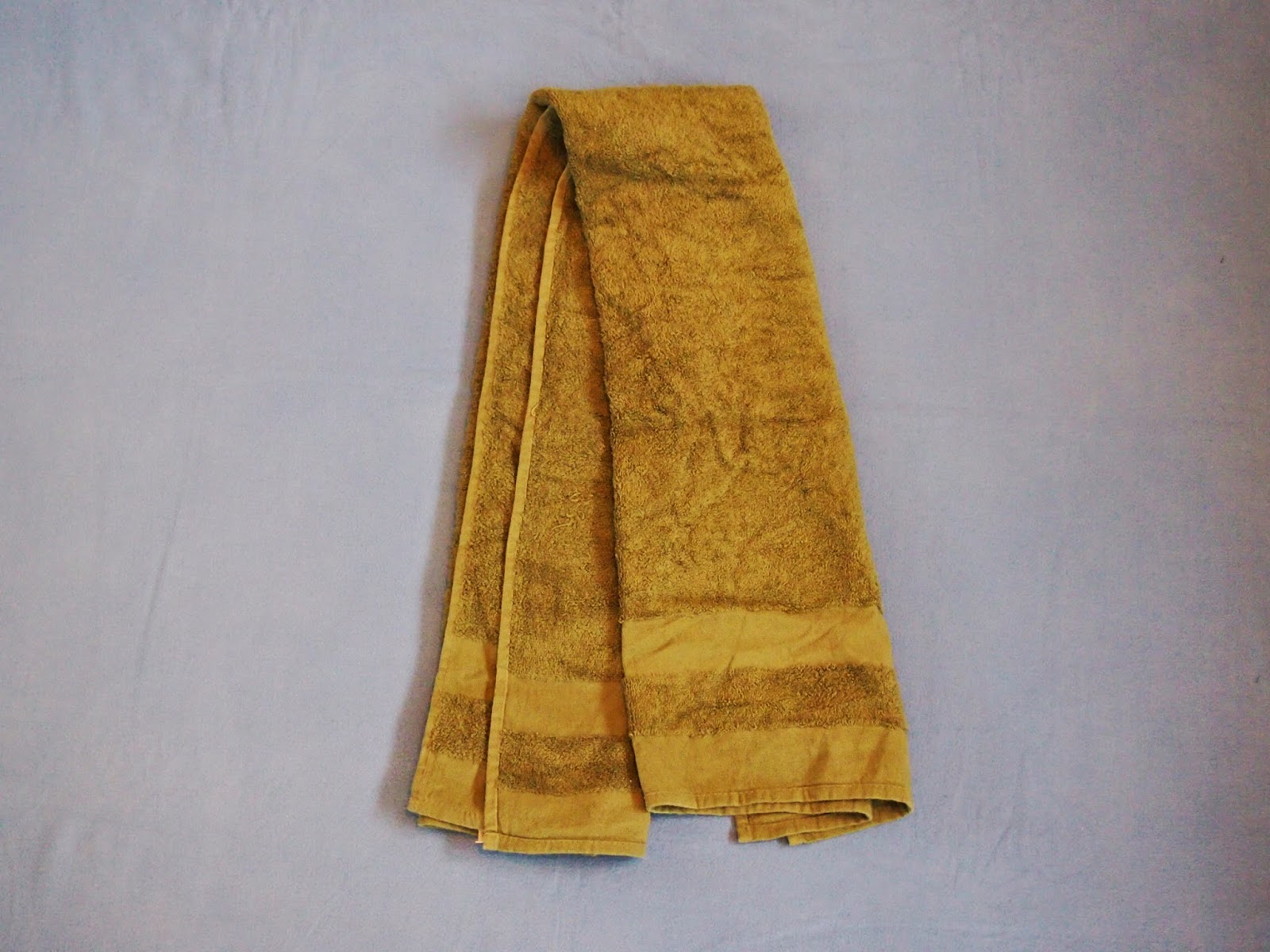 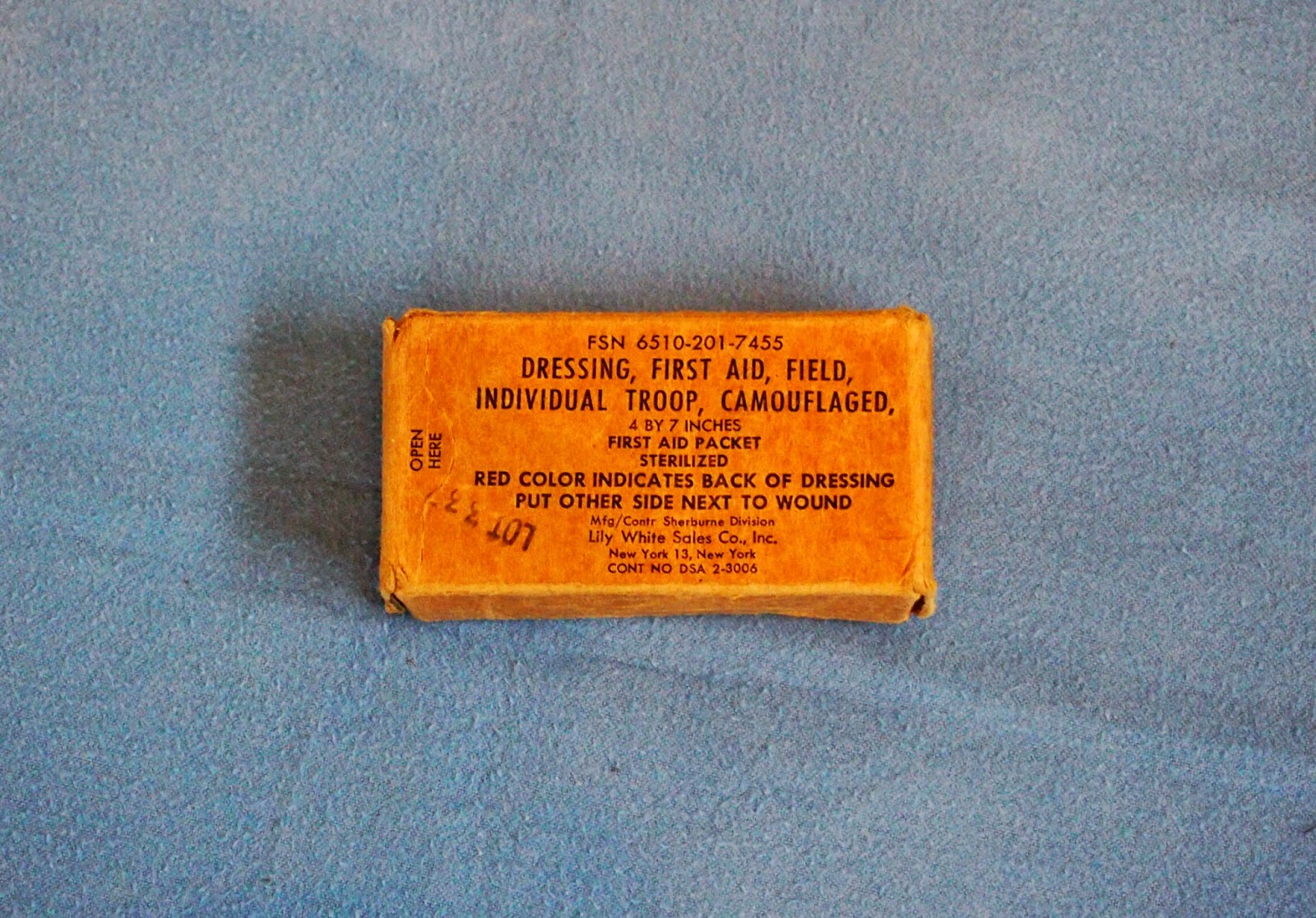 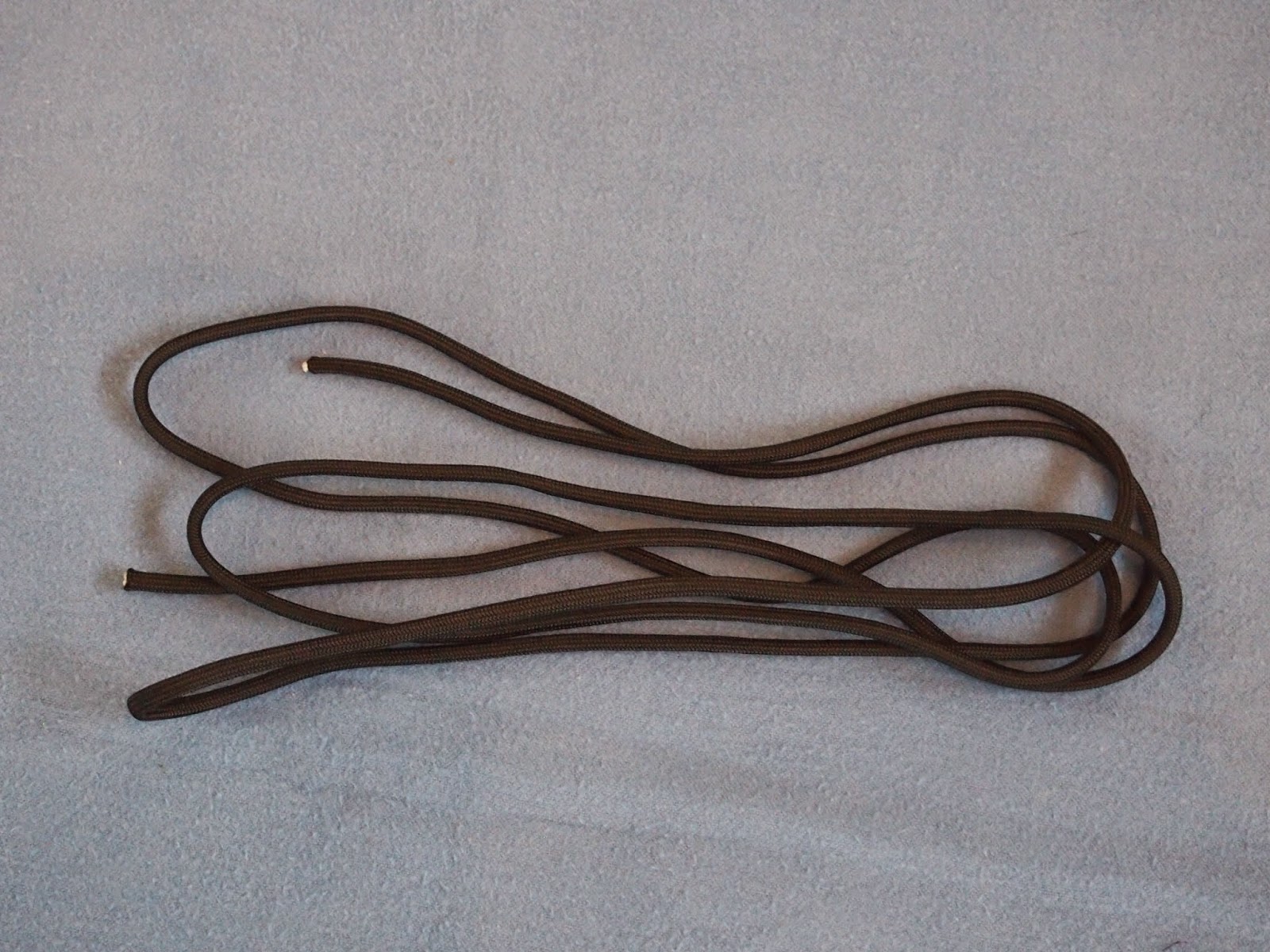 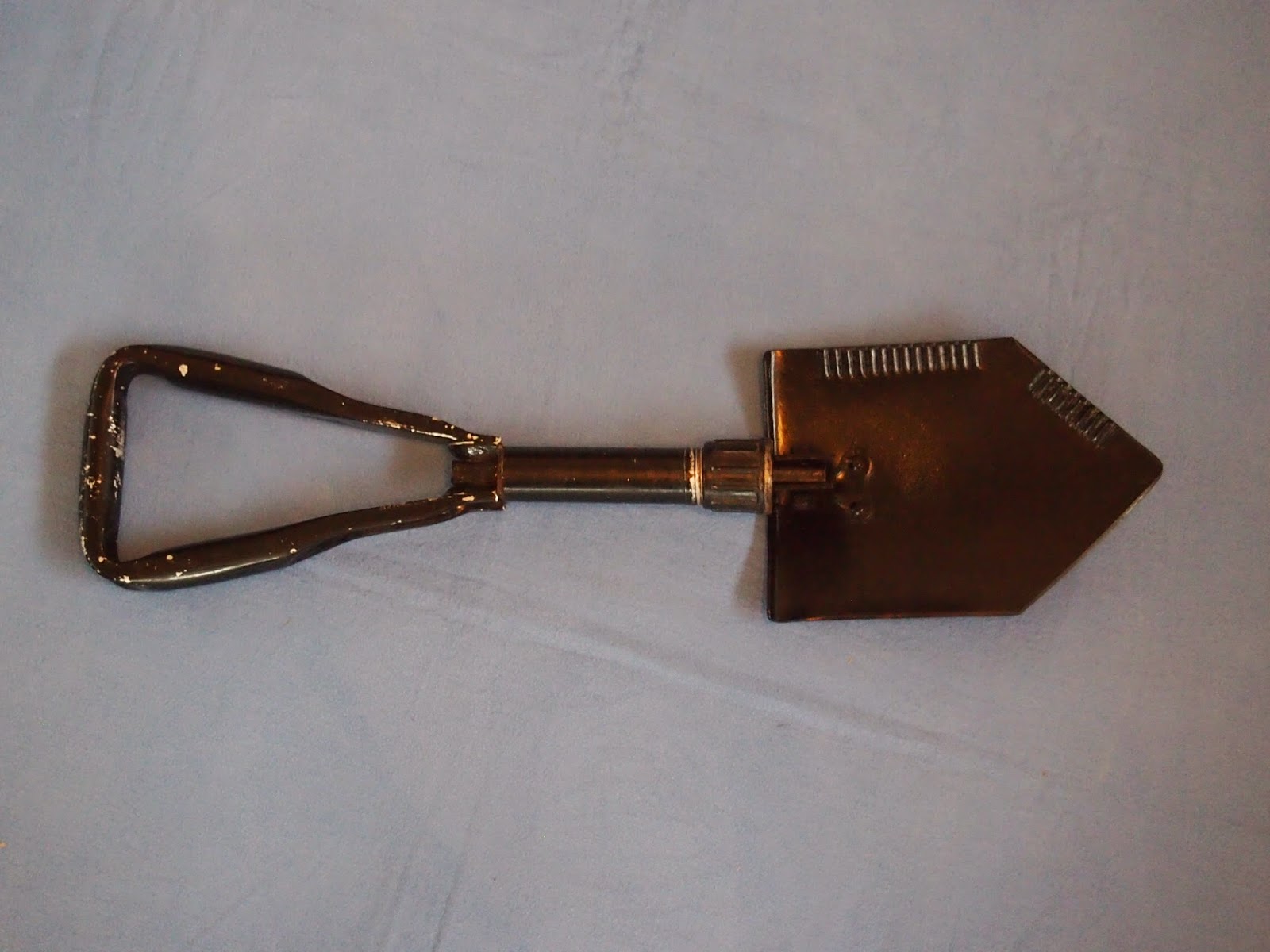 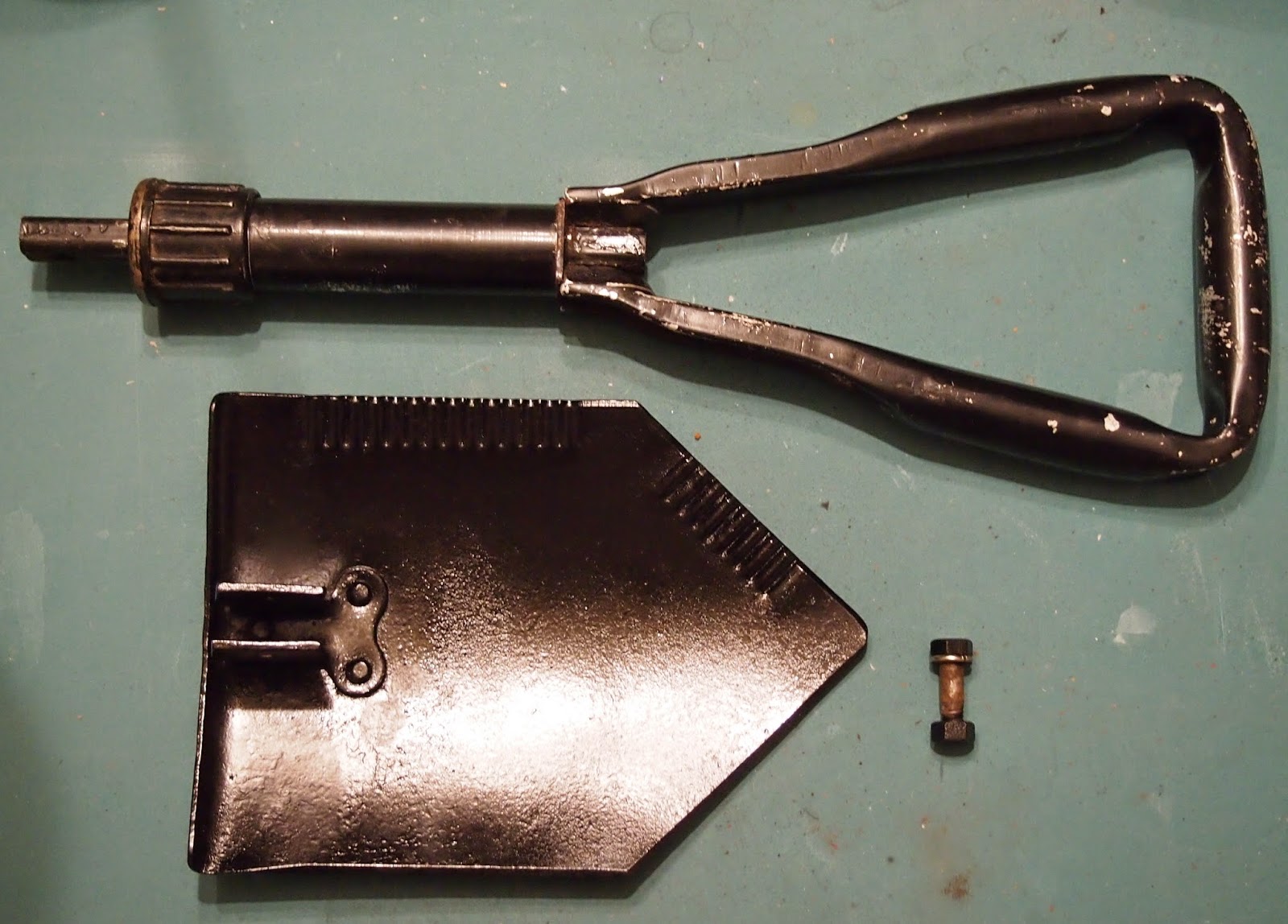 Ok, I seem to have spread my interests a bit as I decided to collect some Alice gear as well as temperate climate clothing of the same period. I already have a few items which are not Vietnam specific so hopefully this will not cost me too much.

I have been reading right through the U.S Militaria Forum learning quite a bit. Its a shame that I won't be able to find the same quality uniforms (badged) in New Zealand or the same amount of equipment but at least the prices are not too bad here.

The link for the forum is http://www.usmilitariaforum.com/forums/

I made a stand to put my M56 webbing on. I made this out of; a Camera tripod, a bar bell and a roof rack mounting. I think it looks alright but will try and get a manikin at some stage when I have finished my games room. 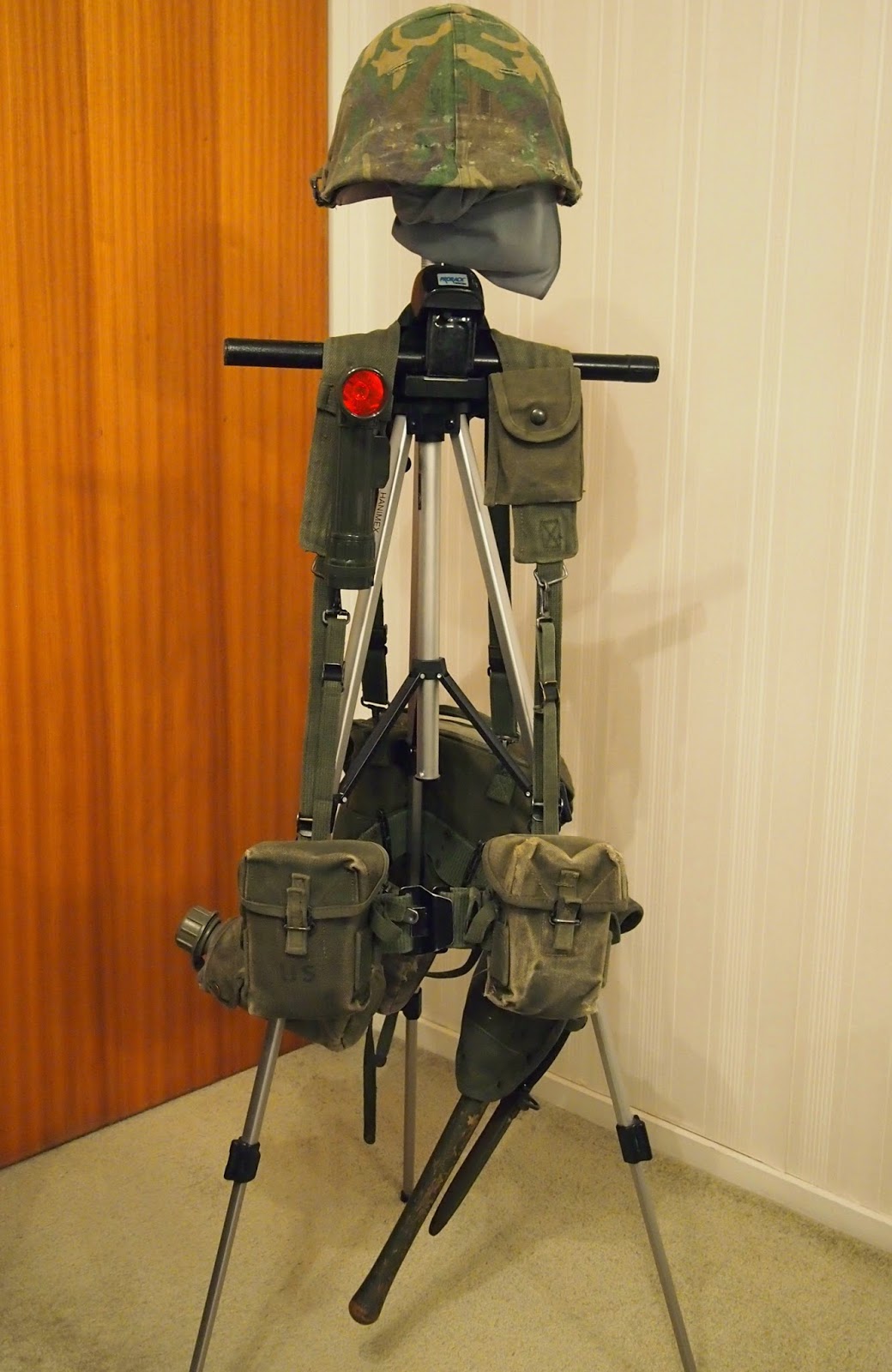 I am assembling three Revell Hueys at the moment. After doing some research I've found that some modellers have given up on completing these as the fit of the parts leave a lot to be desired. 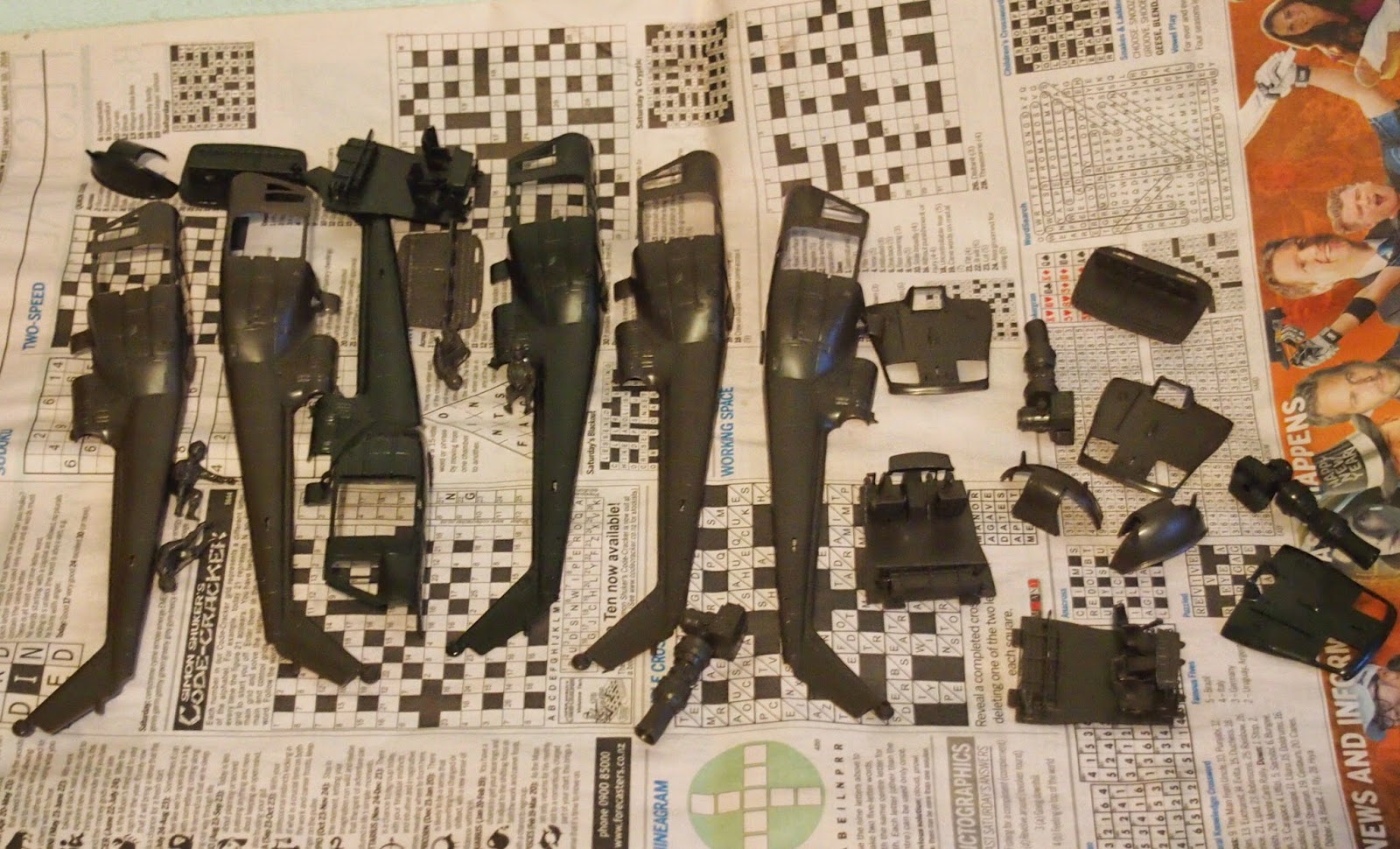 The interior parts went together well but I seem to have a problem with the left pilots hand and the right control fouling the body so may have to trim those parts back. 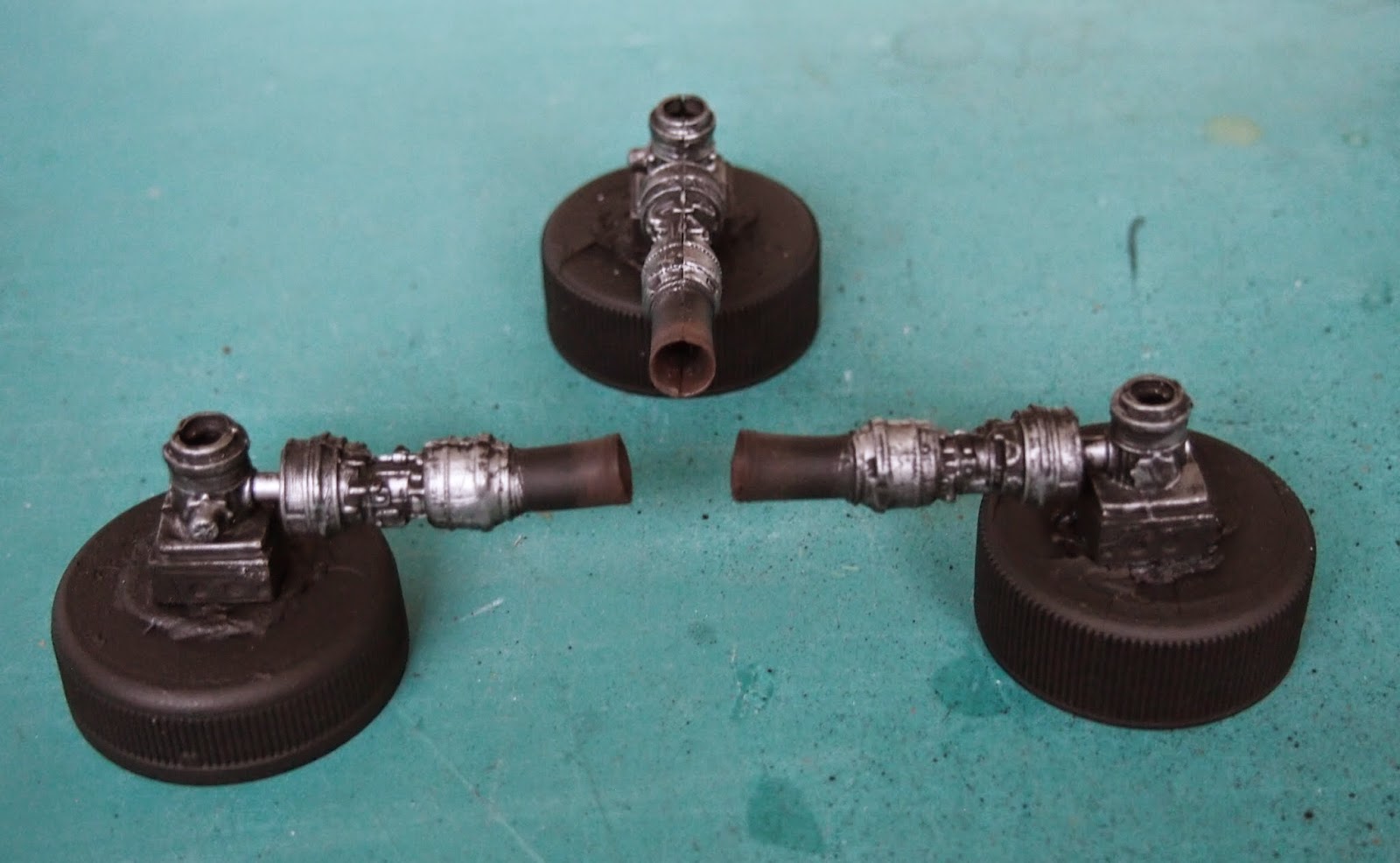 One of the Hueys will be crashed, hence the blood trail.

I have just undercoated the outsides of the body halves as it looks like it will be better to do that now rather than when they are glued together.

I will update this build when I make more progress.

This is the first section of my second Platoon of the US troops I am painting up. Also painted were the Platoon Sergeant and the Platoon Command stand. I miscounted and need to add another member to the squad so photographed the section leader twice. ( I really like the talk to the hand pose)
The Sergeant is also one of my most favourite figures that Westwind produce but added length to the shirt to make it a jacket. For some reason I keep calling him Sergeant Rock but know its the wrong War. 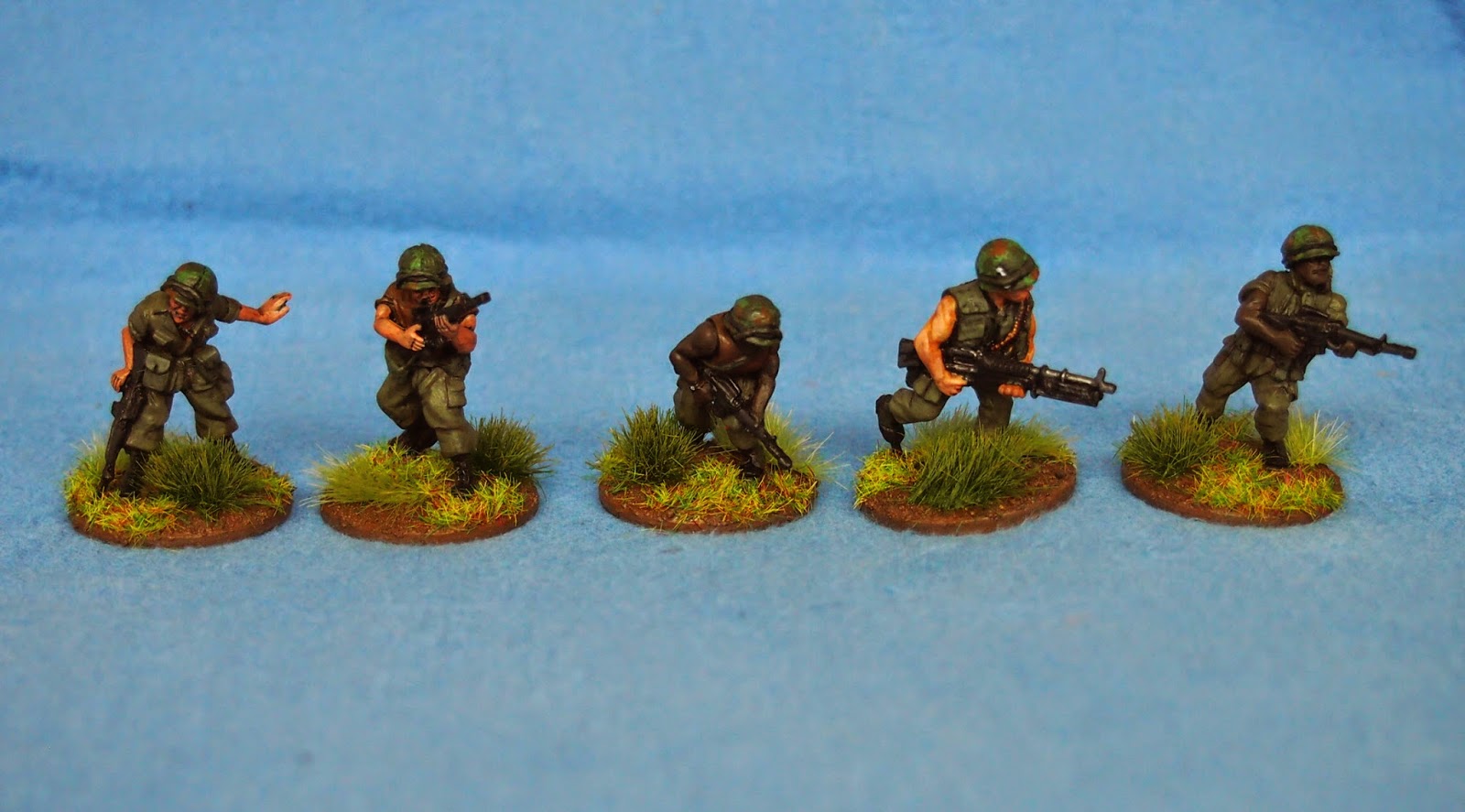 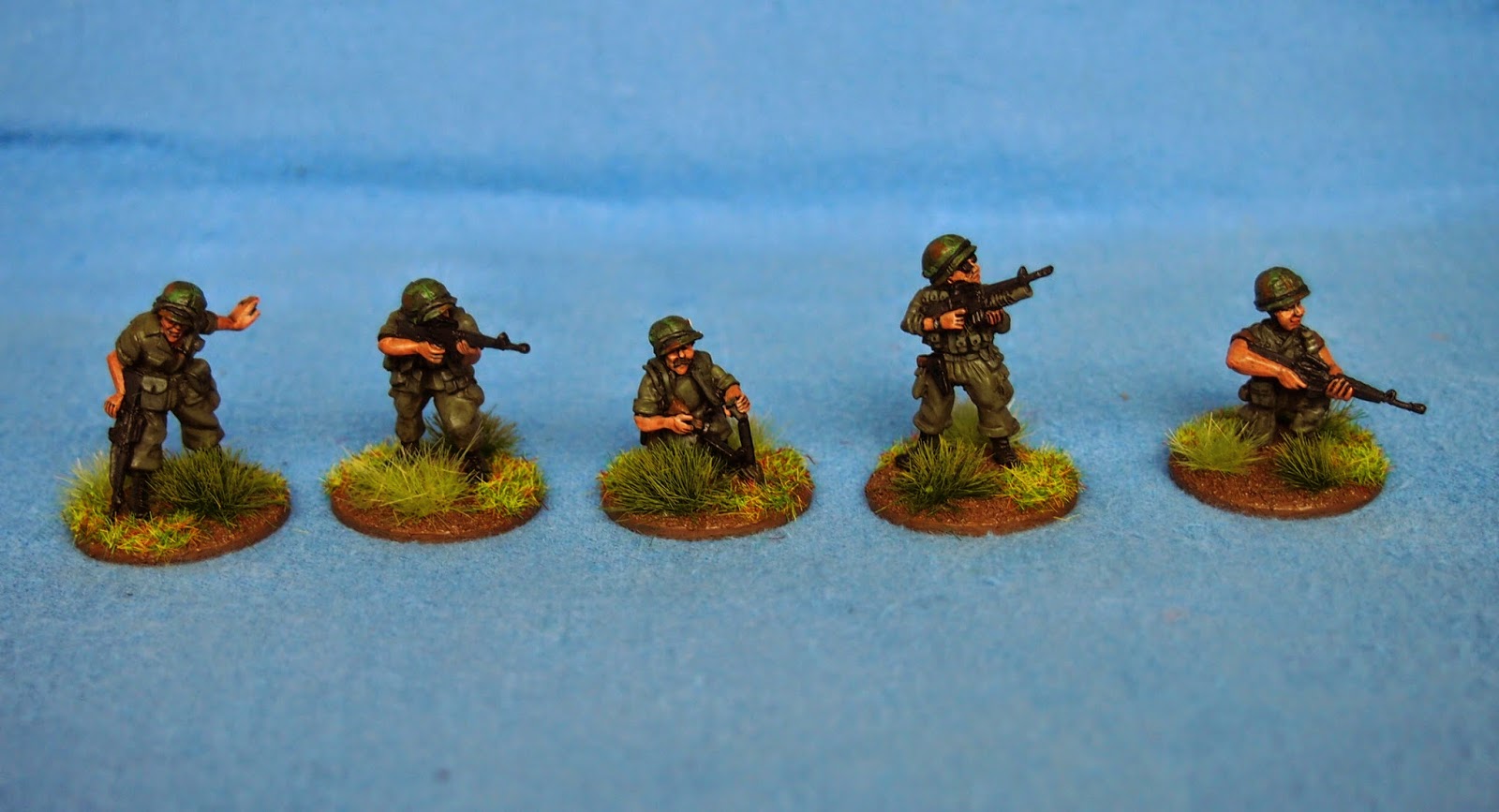 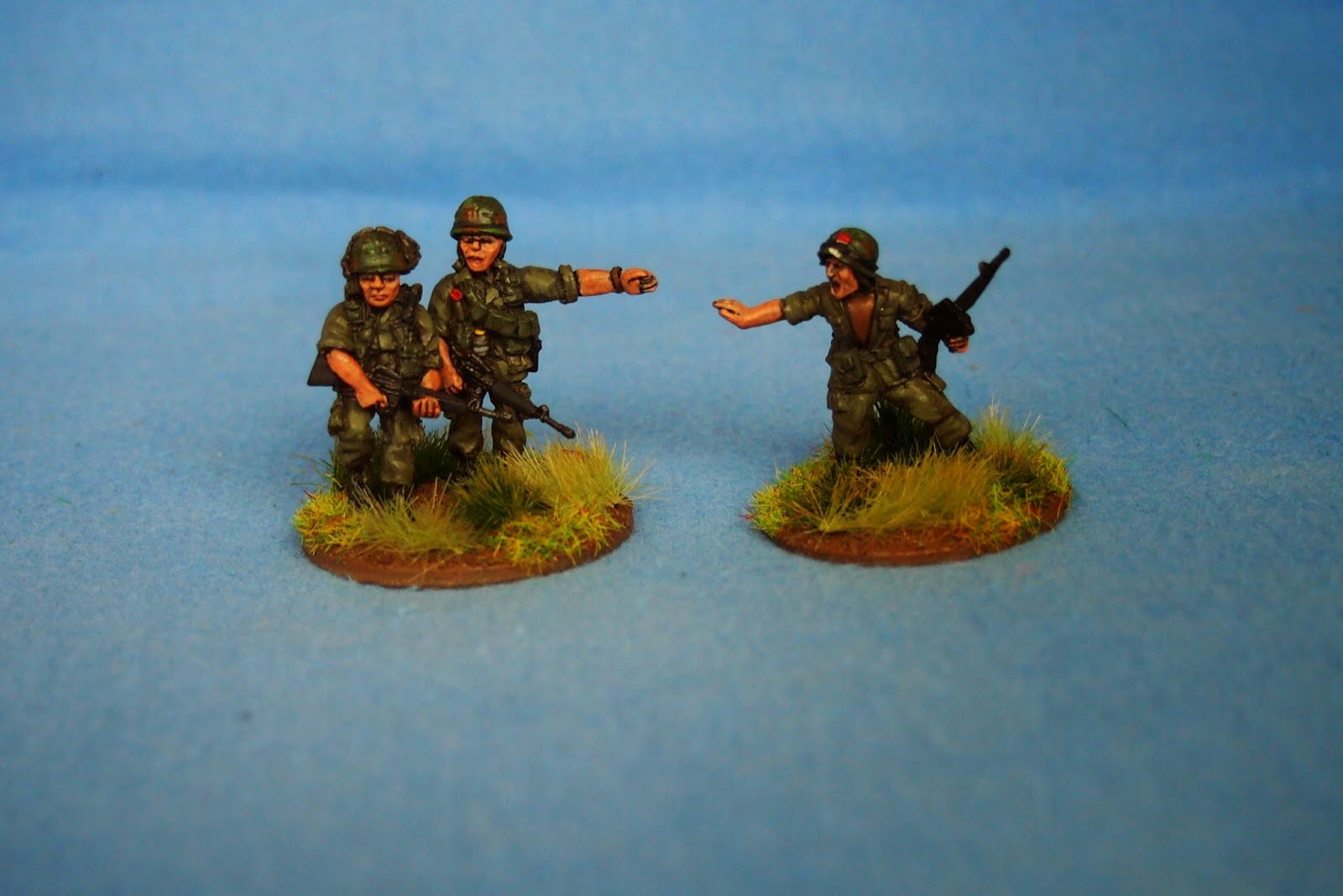 I thought that this would be a good time to show the Mutt Pencil sharpener which I am thinking of turning into an Armoured version. 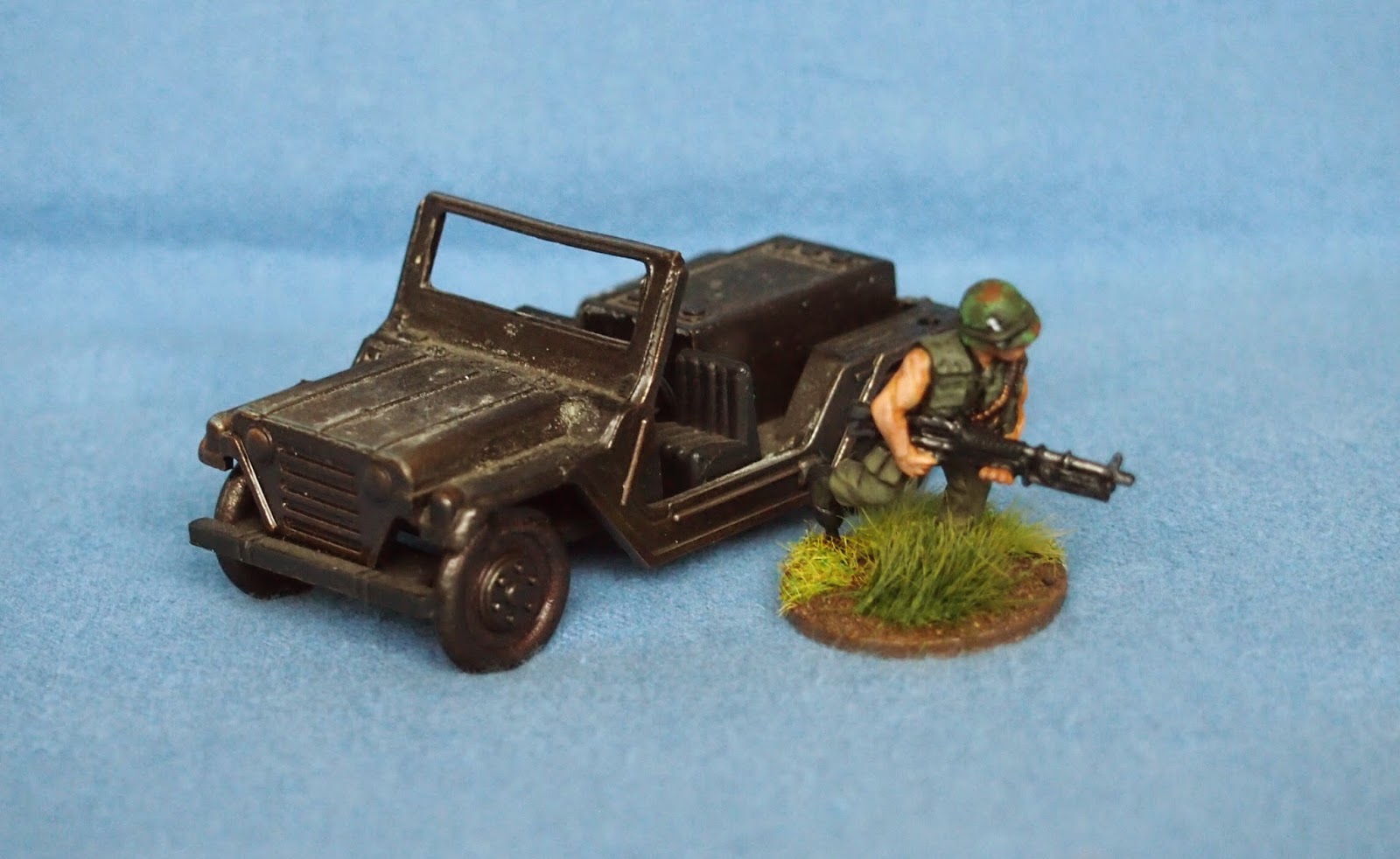 I bought a 3rd pattern Jungle fatigue jacket from Ebay. I paid more than the one I missed out on Trade-me, but this looks in much better condition and would be from unissued stock. The only issue I can see with it is some small black marks which is probably mould. 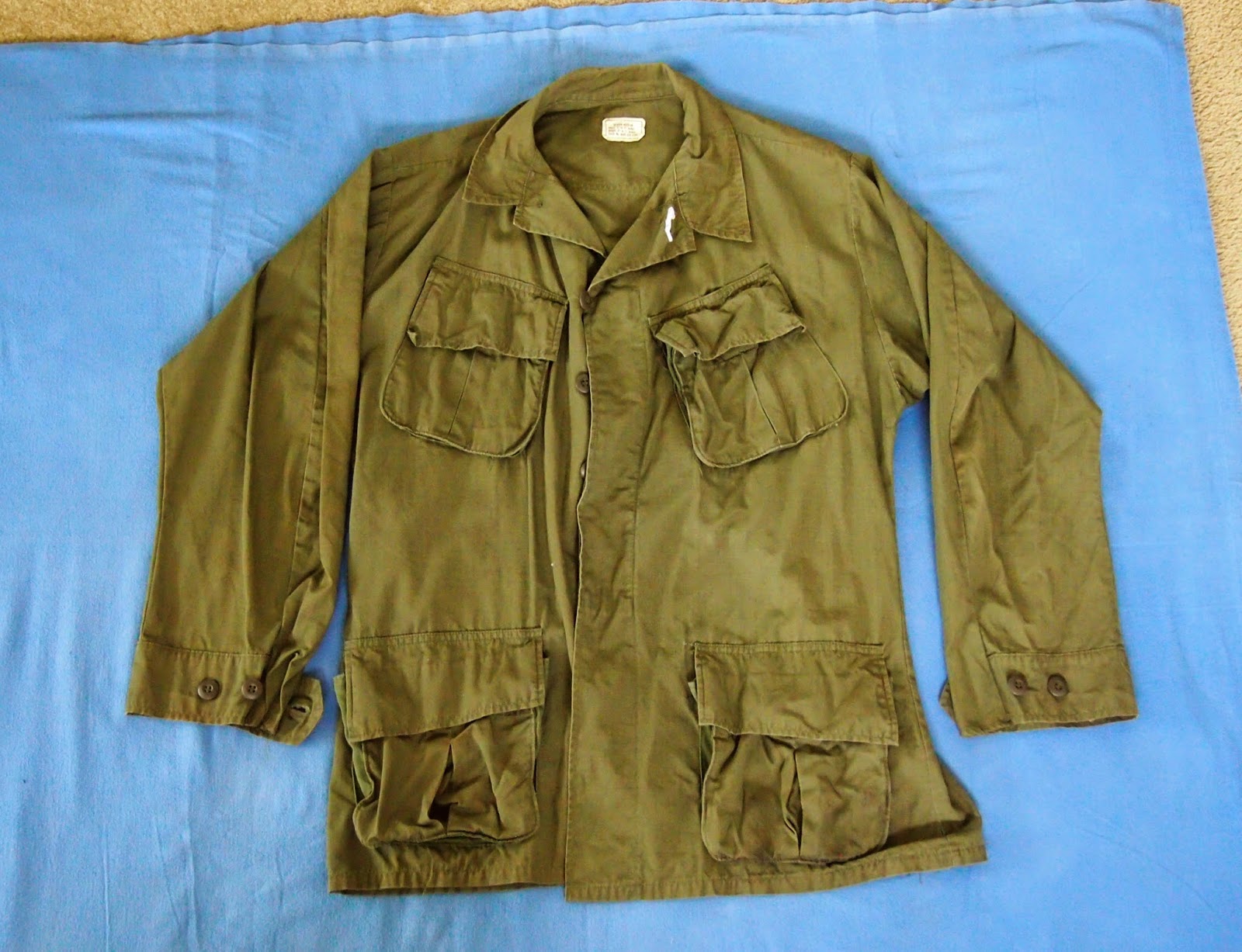 I also bought a Bayonet and entrenching tool. 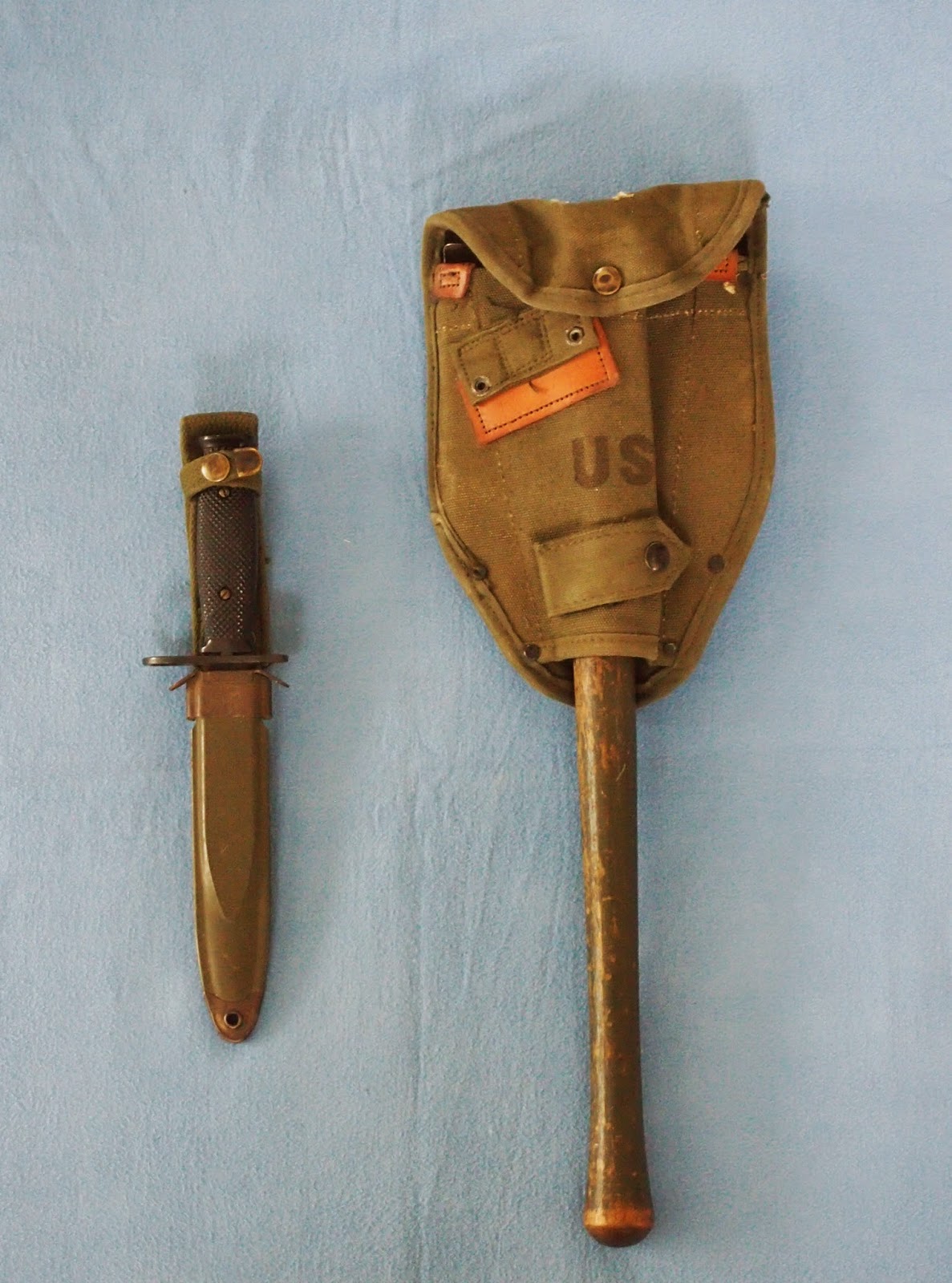 The Bayonet has some serious knicks on the blade and has a broken edge on the handle. You cannot tell once its sheaved though. The M51 entrenching tool cover was bought locally on Trade-me. The seller came around to my house and gave me a choice of three. He explained that he had found a crate full of them in his Father In laws shed. I chose the one with the best labelling. The tool was bought at the local Comrades store. I figured that there would be a bidding war once the crate full of covers was sold. So went with a 44 model tool for the moment. It has original paint on the handle and Yugoslav Army green paint on the blade. 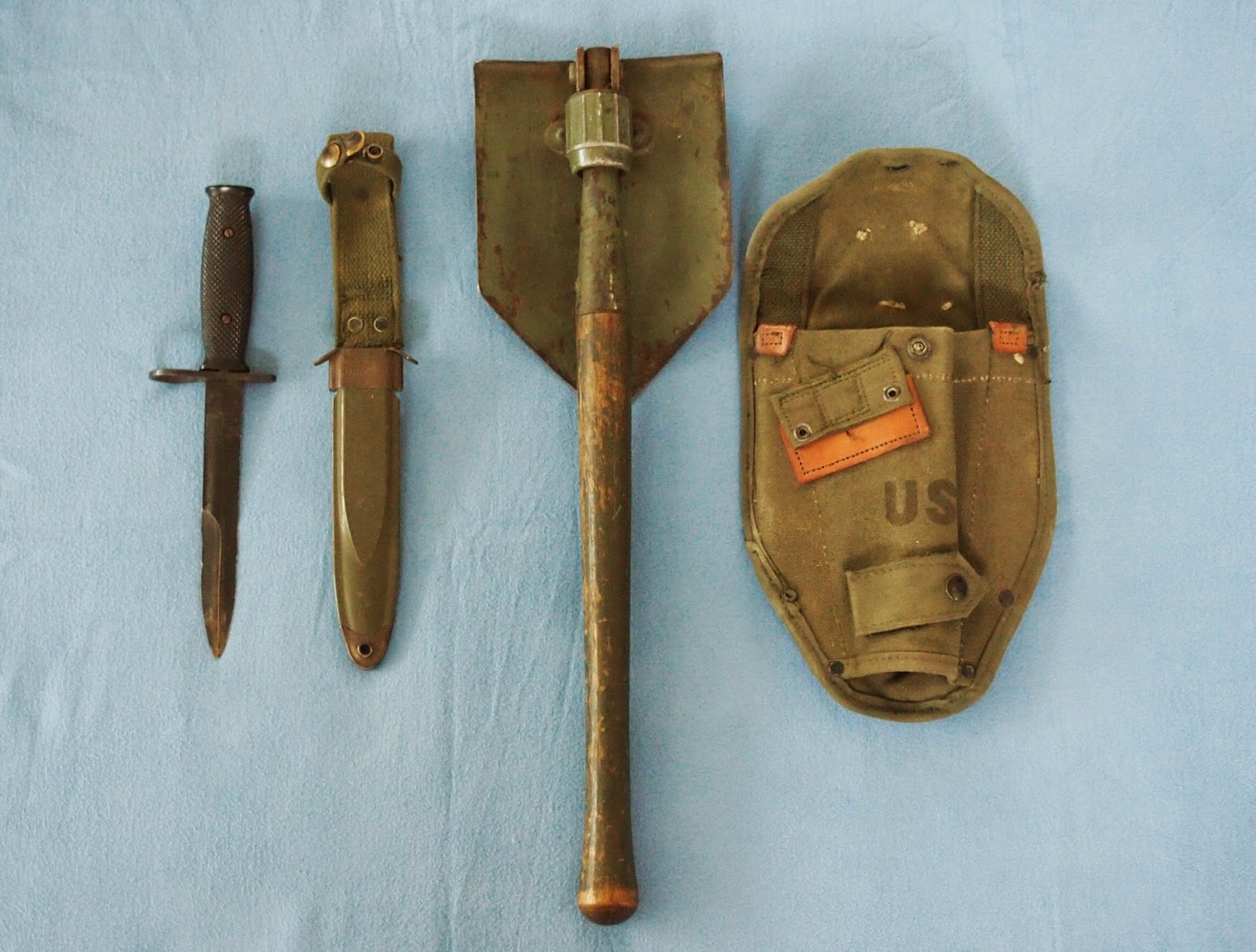 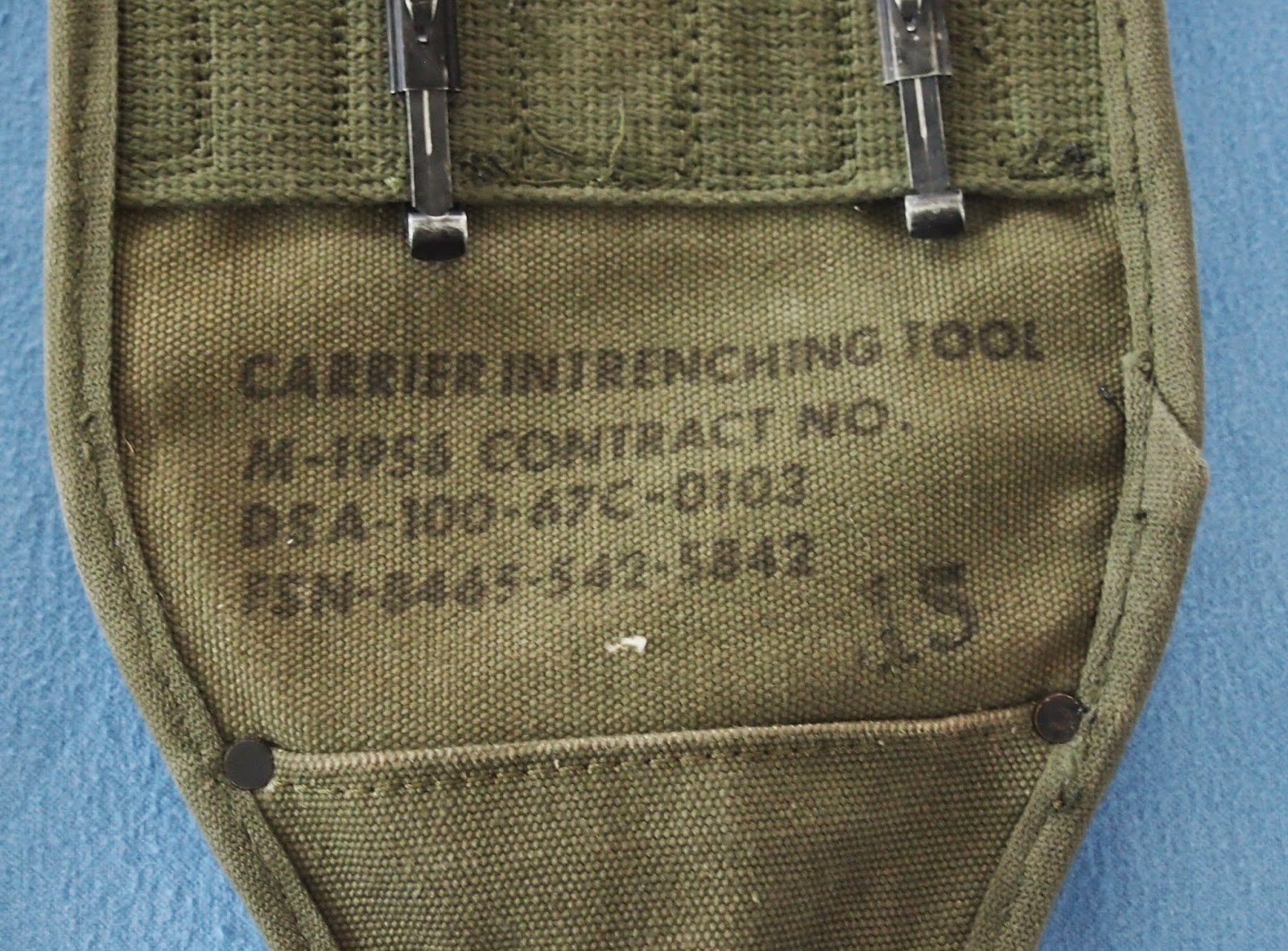 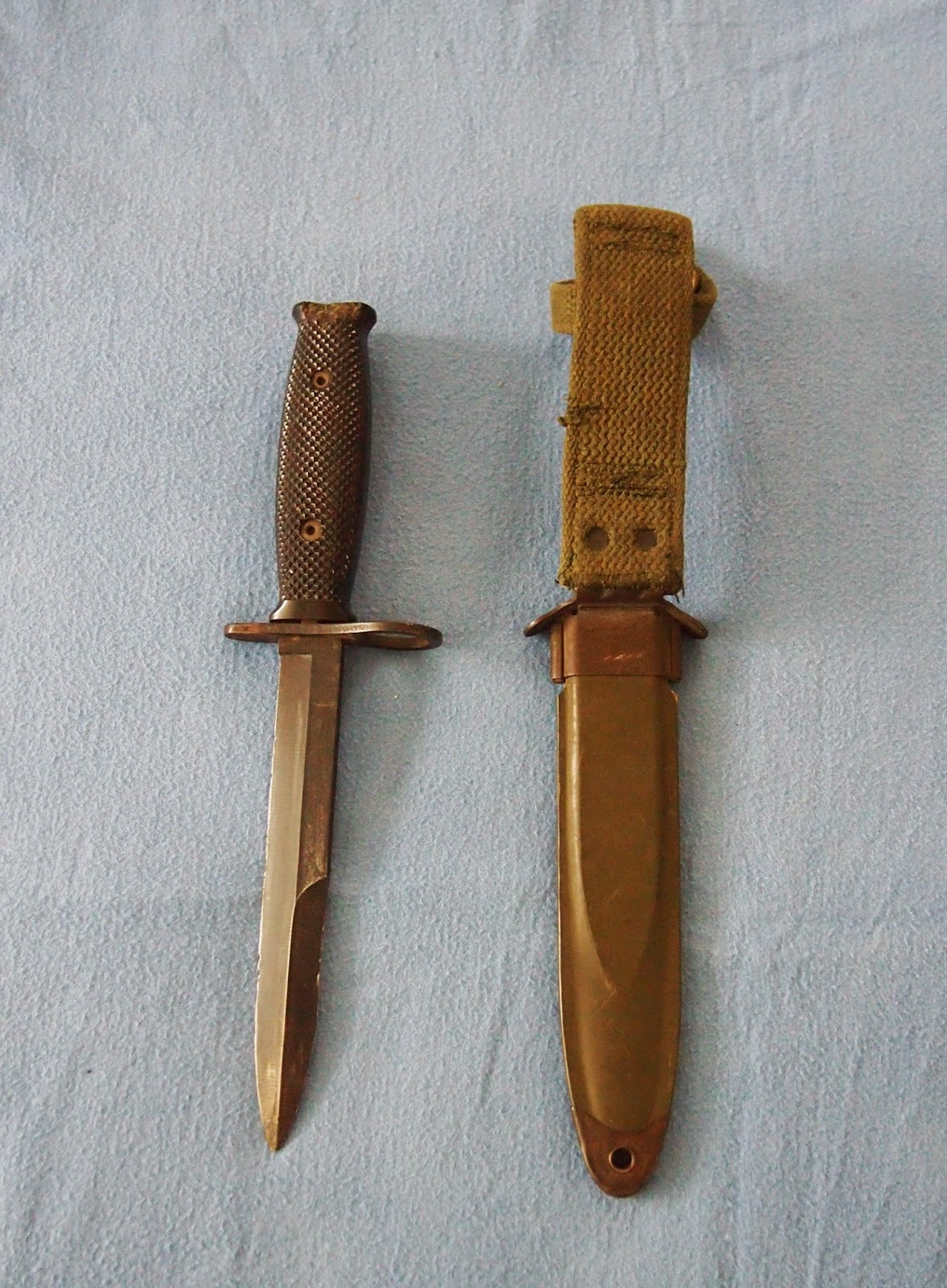 I also dug out a British pig sticker Bayonet from my spare room. I am a bit angry with myself as it has always been in good condition since I bought it at the age of 12 or 13 in the early seventies. (Much to my Mums horror). I have normally kept it in a drawer where it has been ok but recently left it outside on the top of the drawers where it has rusted up. 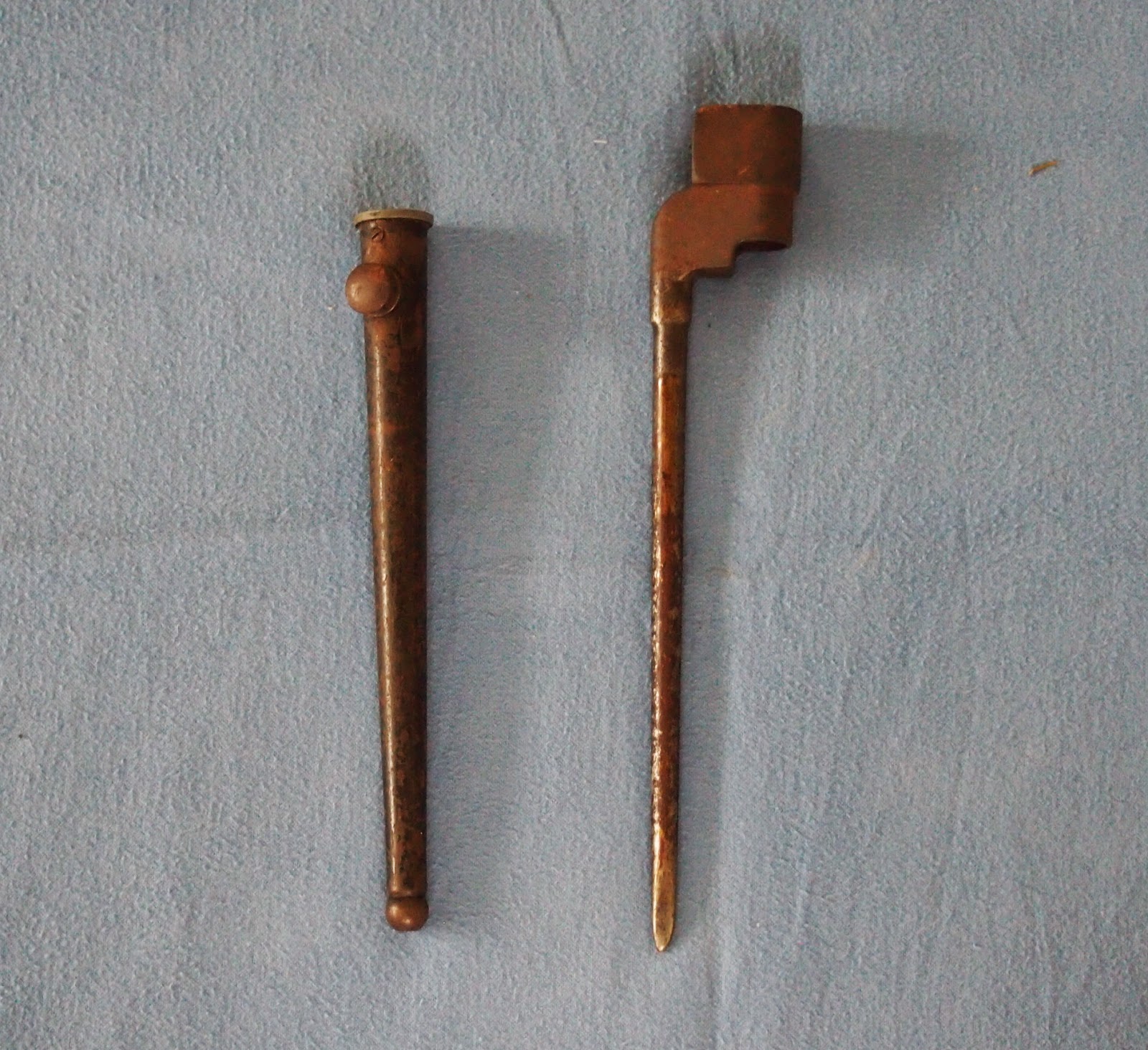