It feels like the building is taking longer than I expected, as there seems to be so much work in attaching brackets and other detail work. Still it should be covered in next week (hopefully). 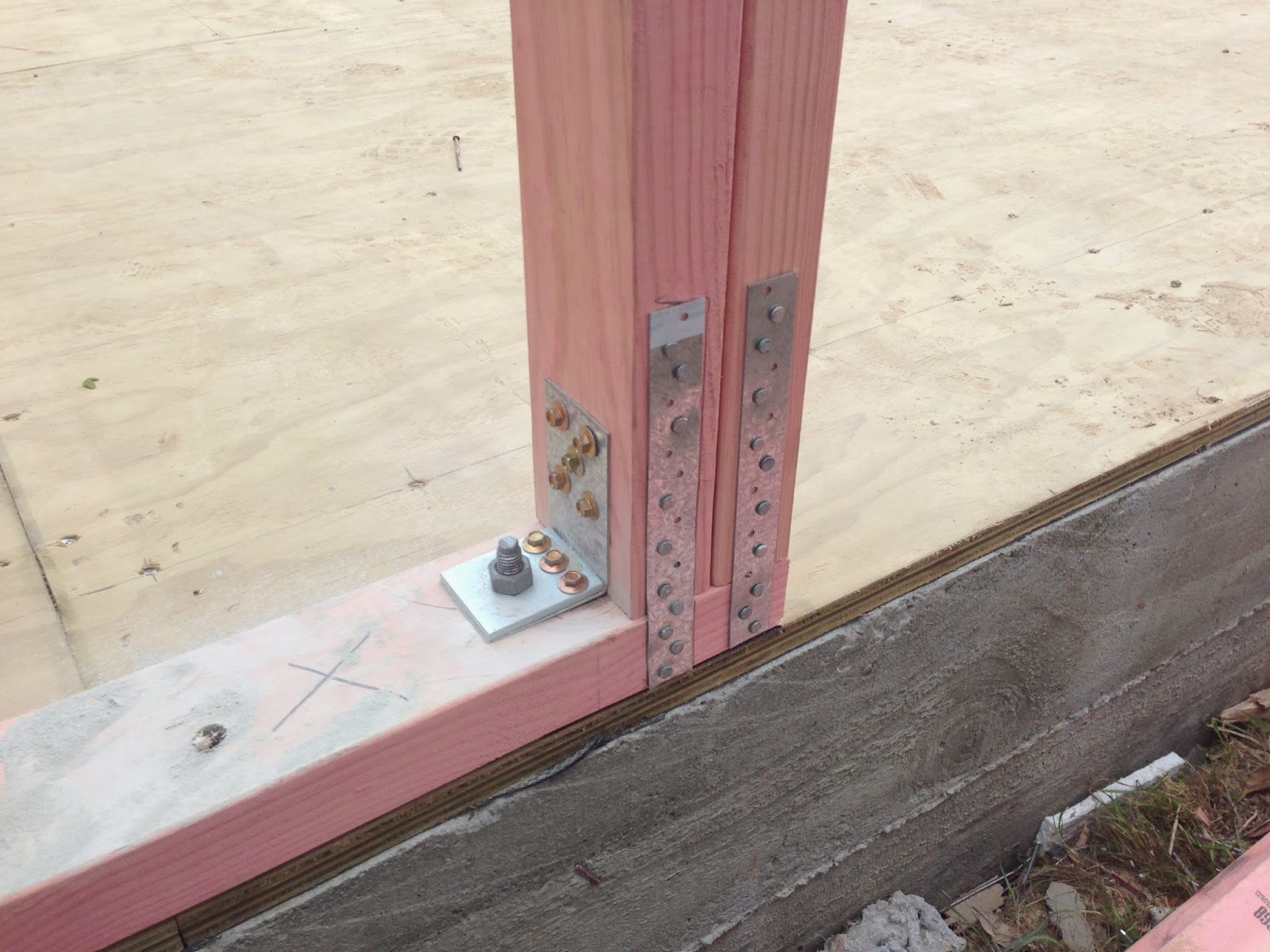 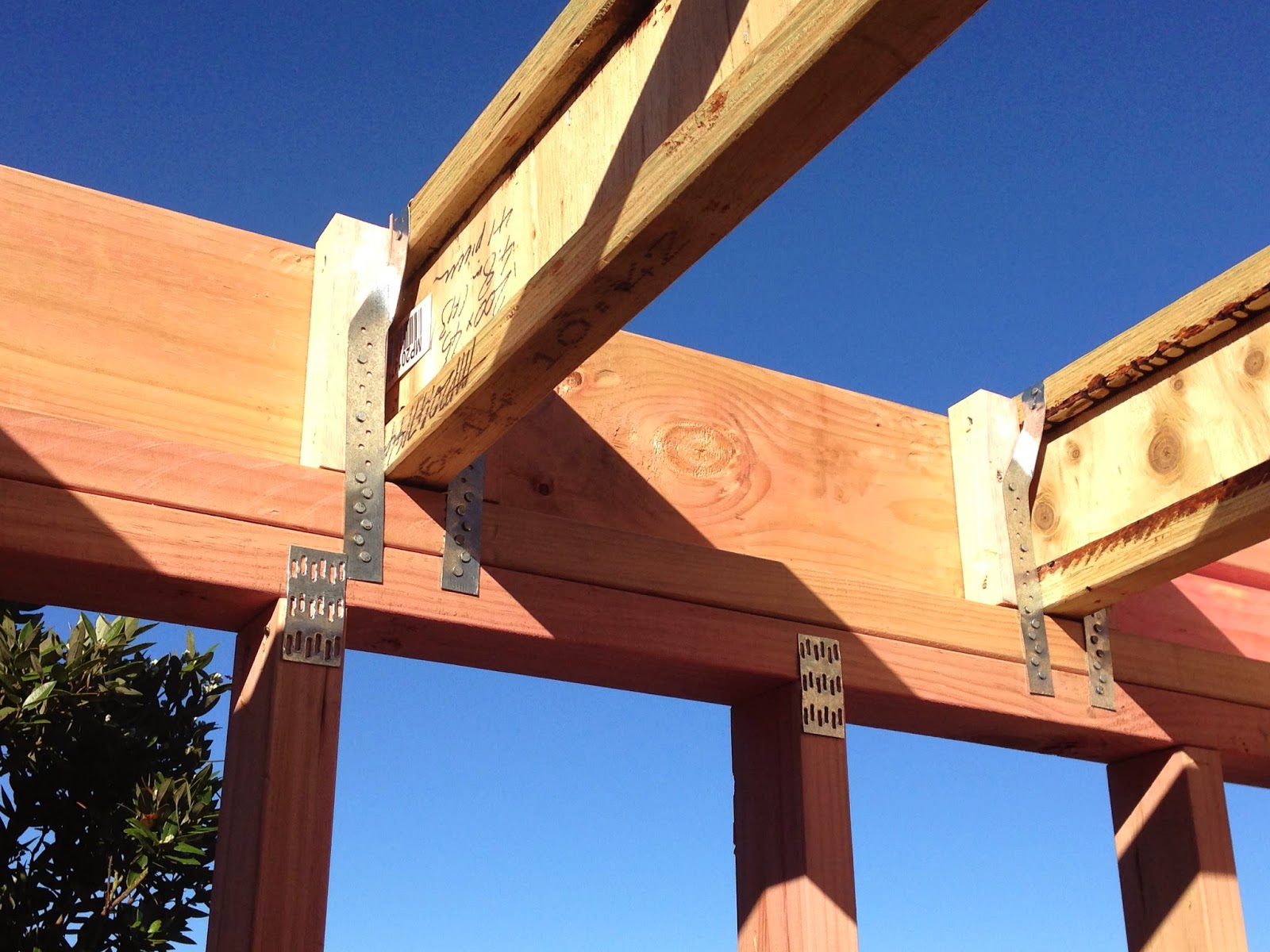 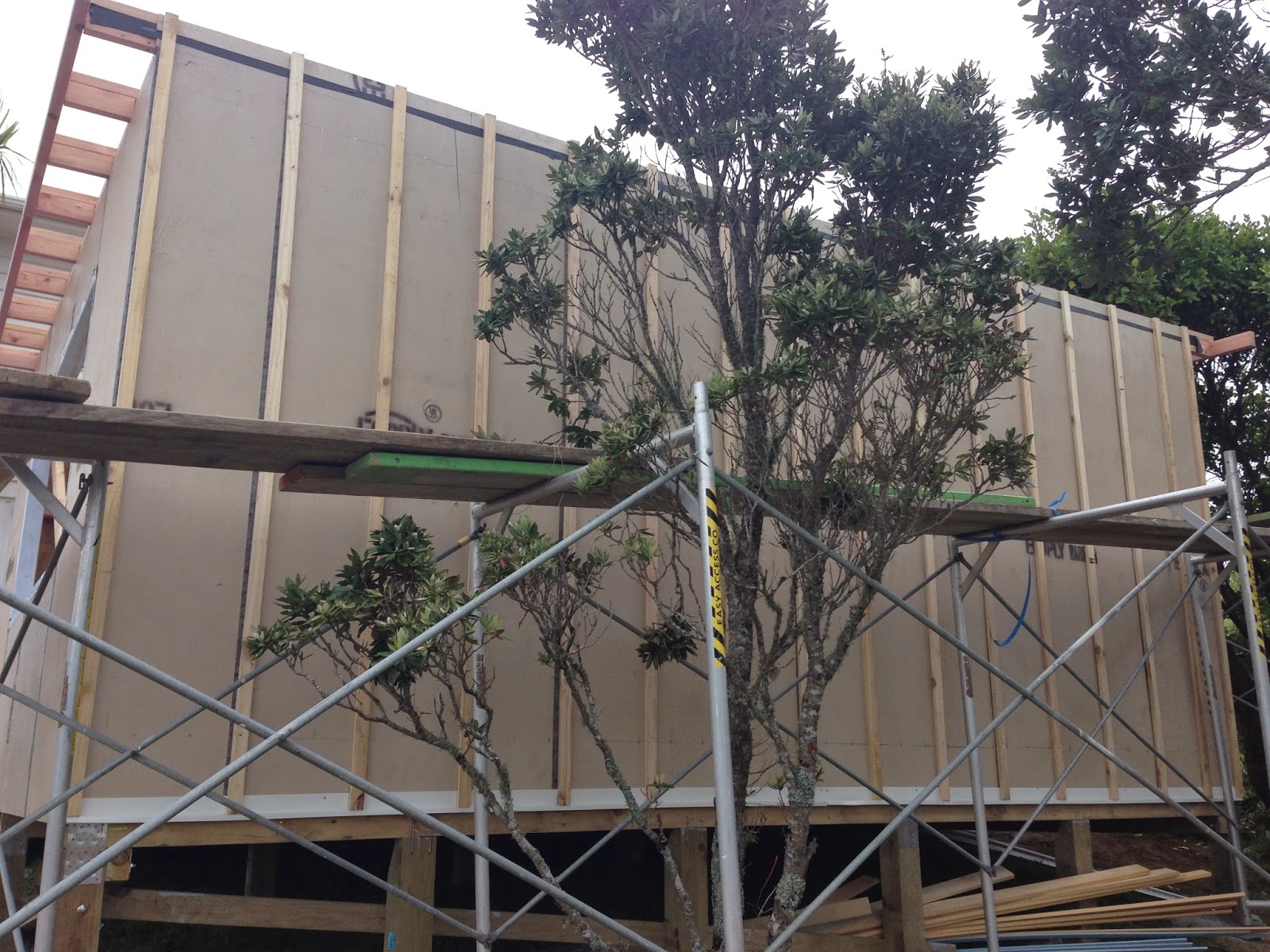 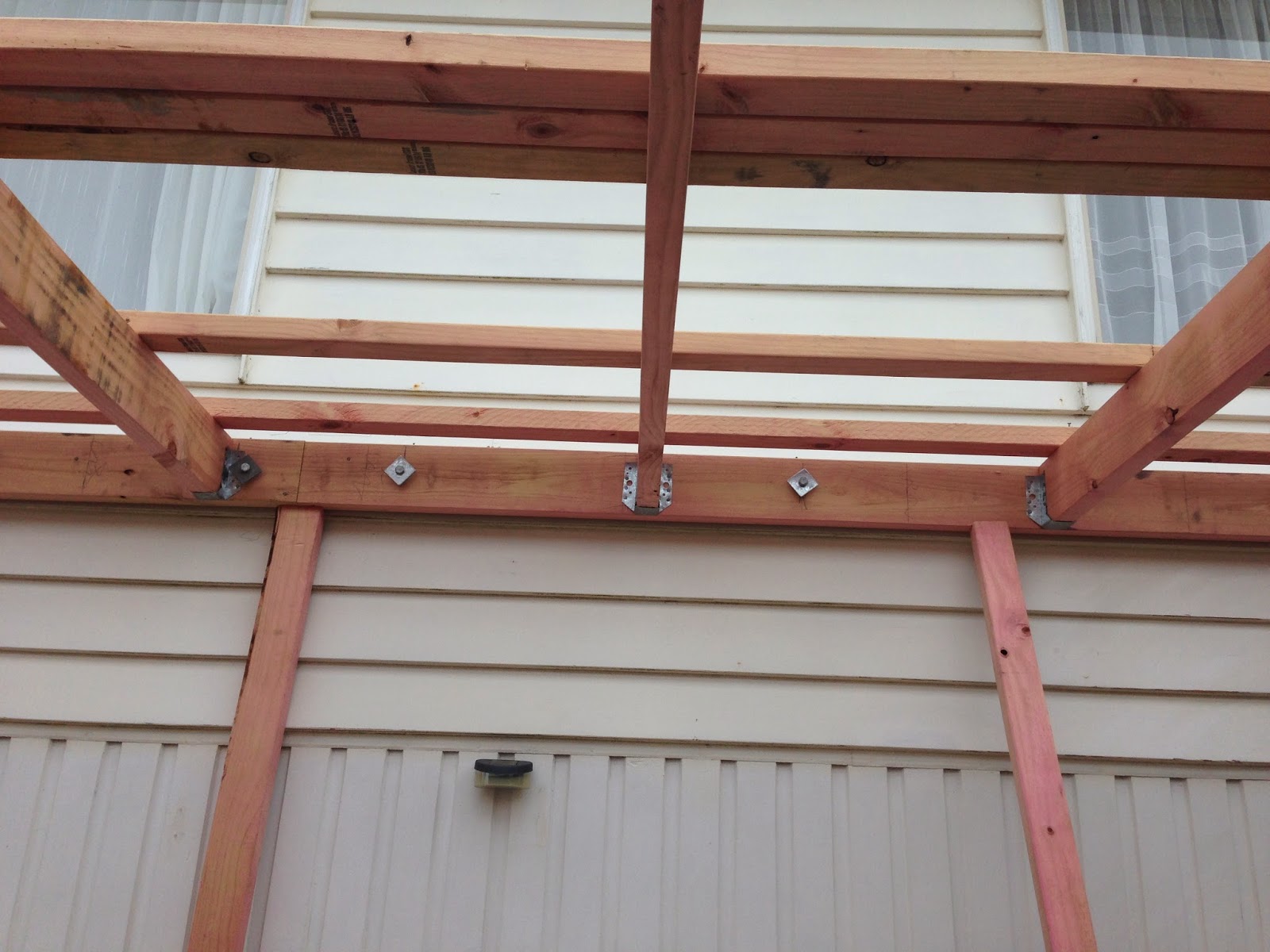 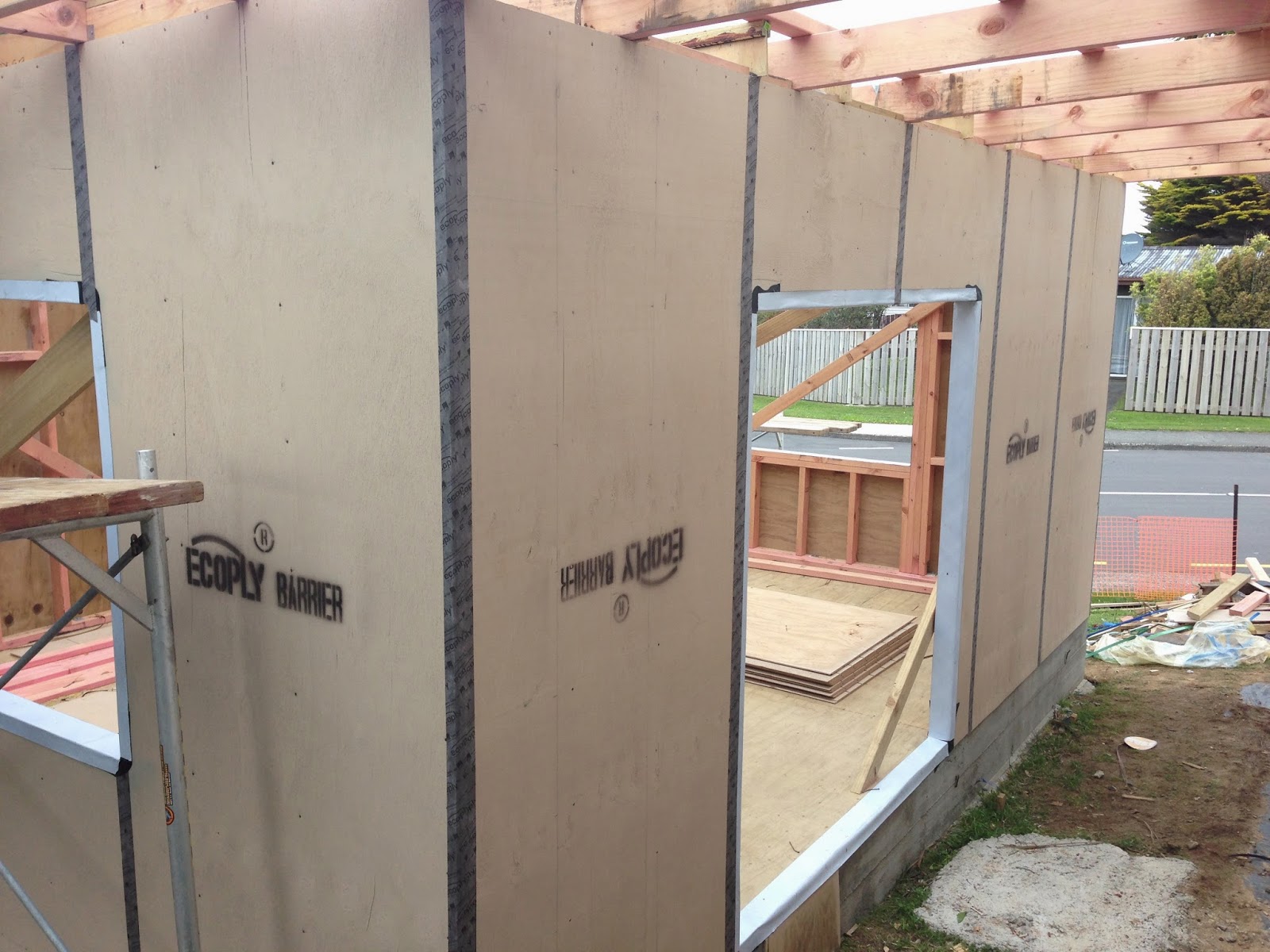 Now that the frames are up (with the door in the wrong place!) I am finding that I miss the view from my front door of the road and distant hills. I will get this view from the big window facing the street and also my bedroom, so its not worth worrying about really. 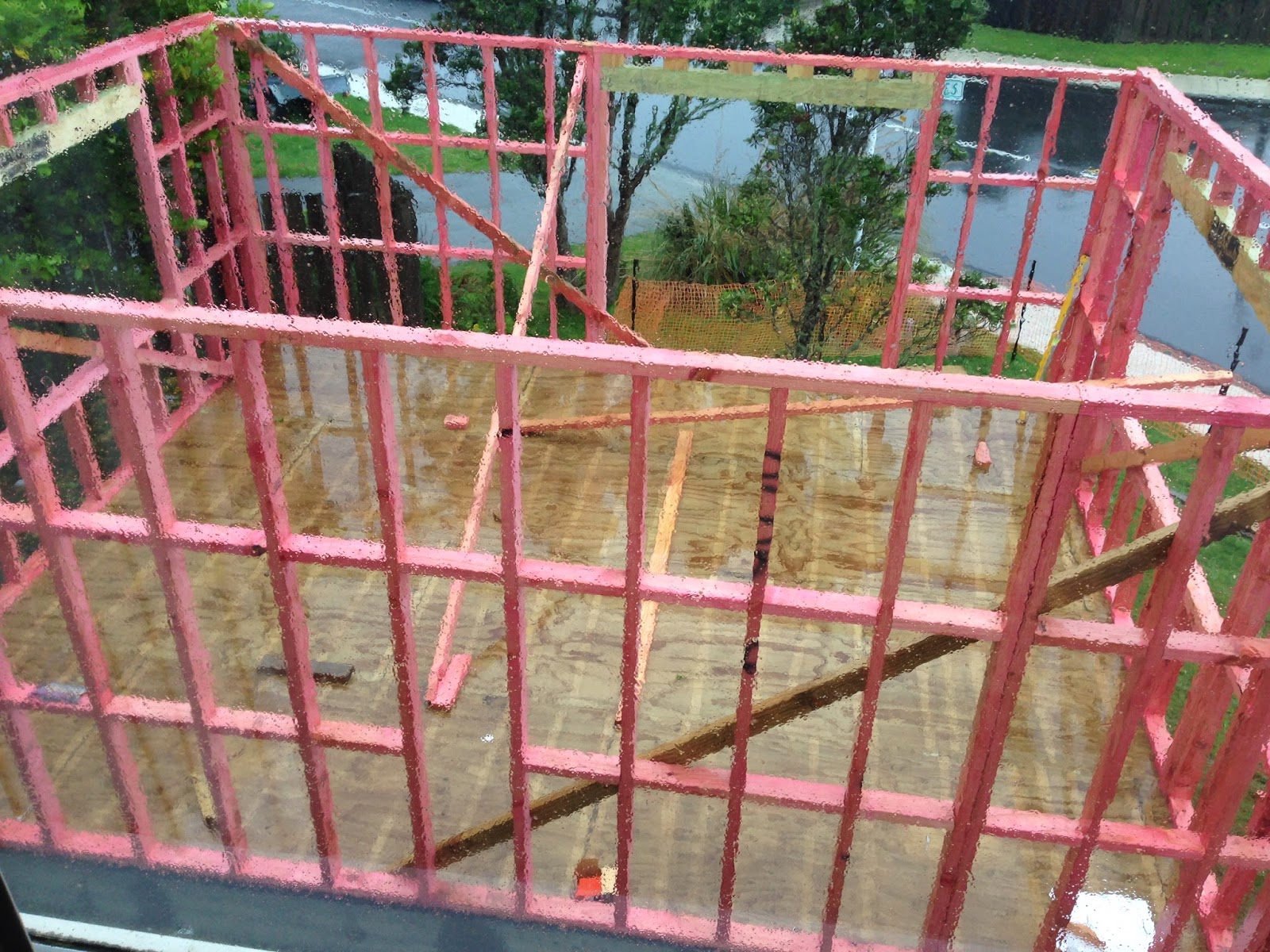 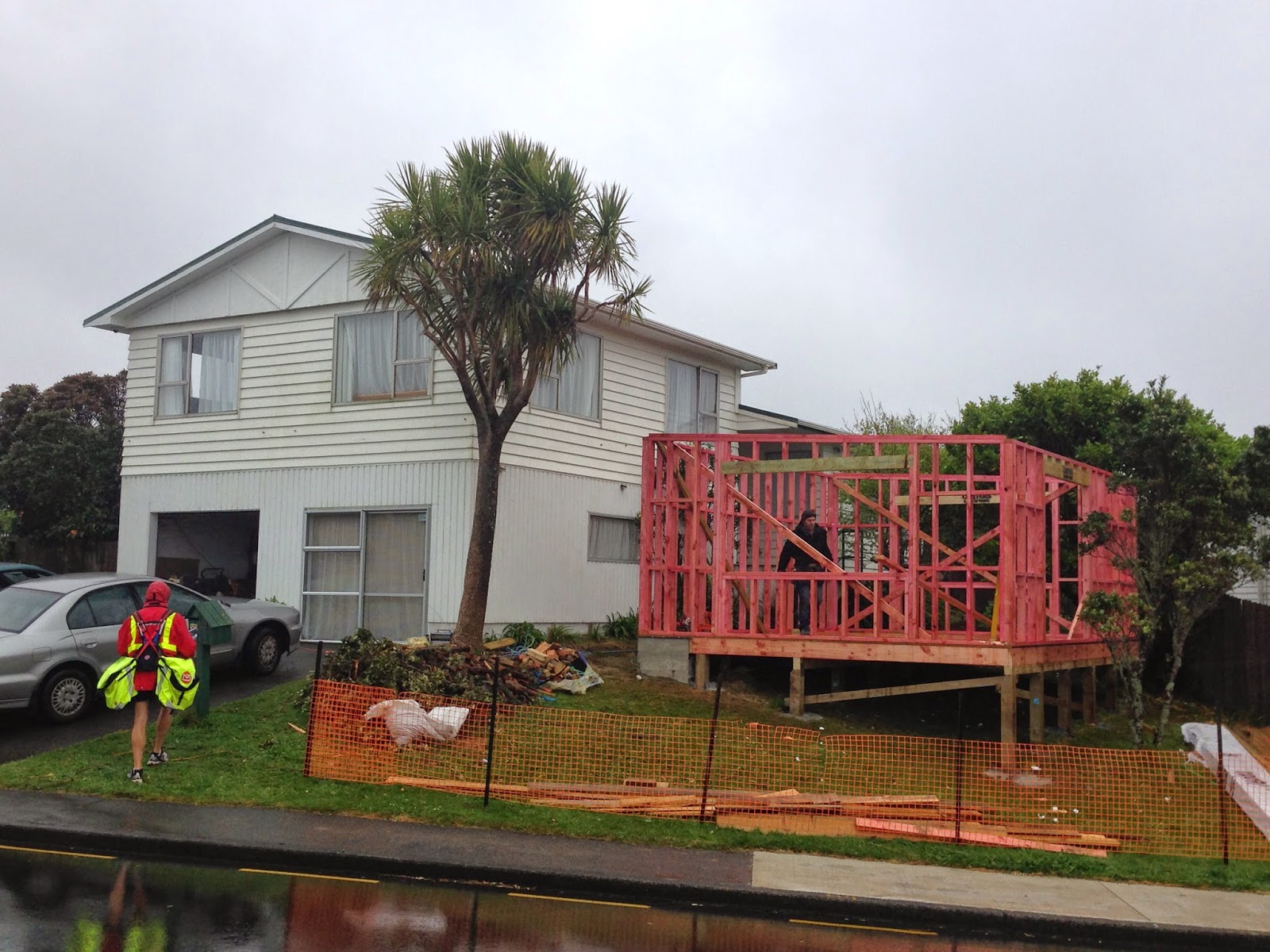 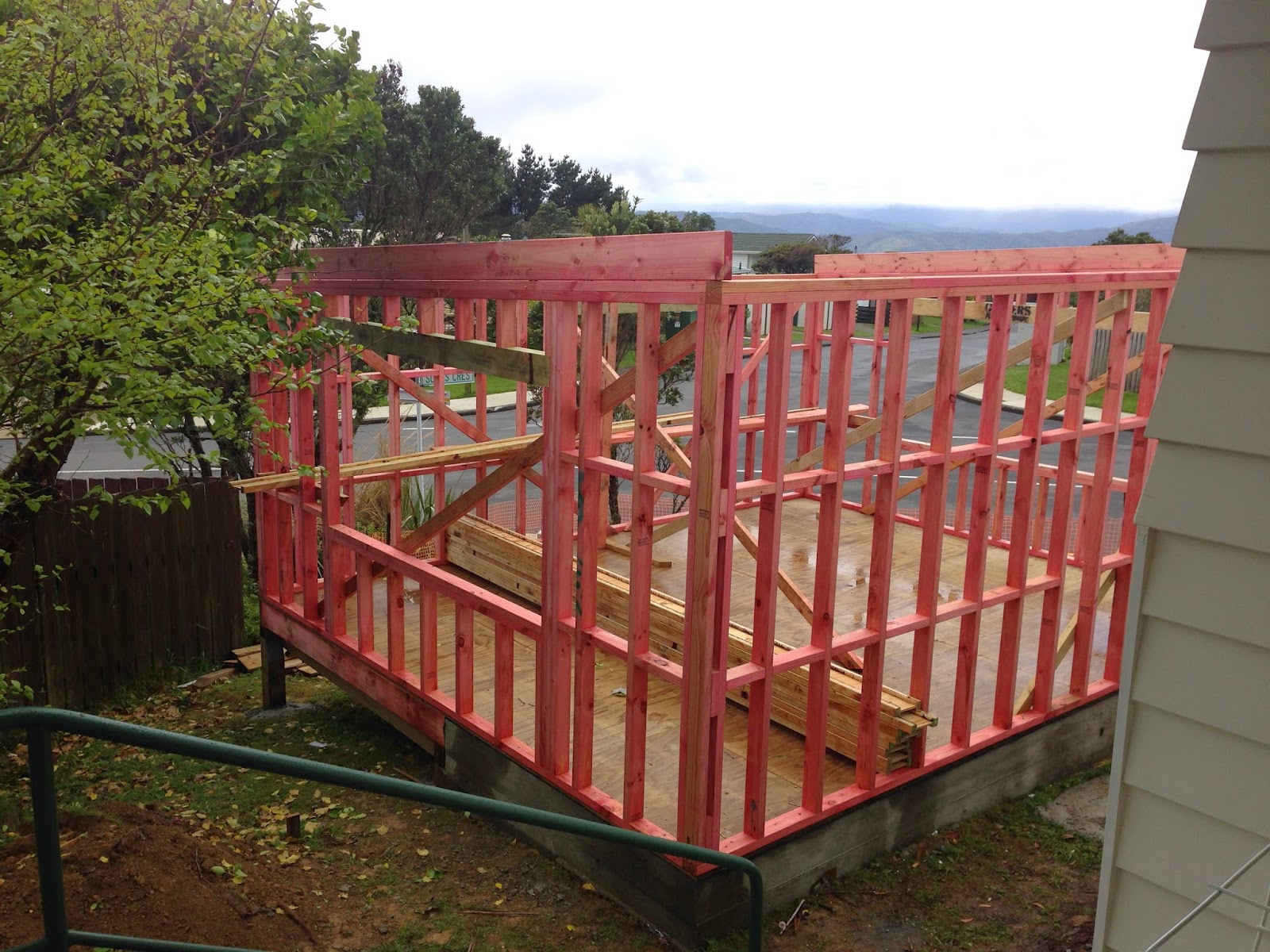 I have just finished some of the VC weapons stands from TAG. I like these figures as they are very easy to paint and come up well. I used a wash technique as I find Asian skin really hard to paint and this method seems to work better for me.

Today was a bit gloomy so the photos are a bit unfocused and not lit very well.

I have based the MG's with an ammo carrying figure based separately. I would like to hide these in terrain on the table and felt that a small base would work better than having all three figures on the same base. 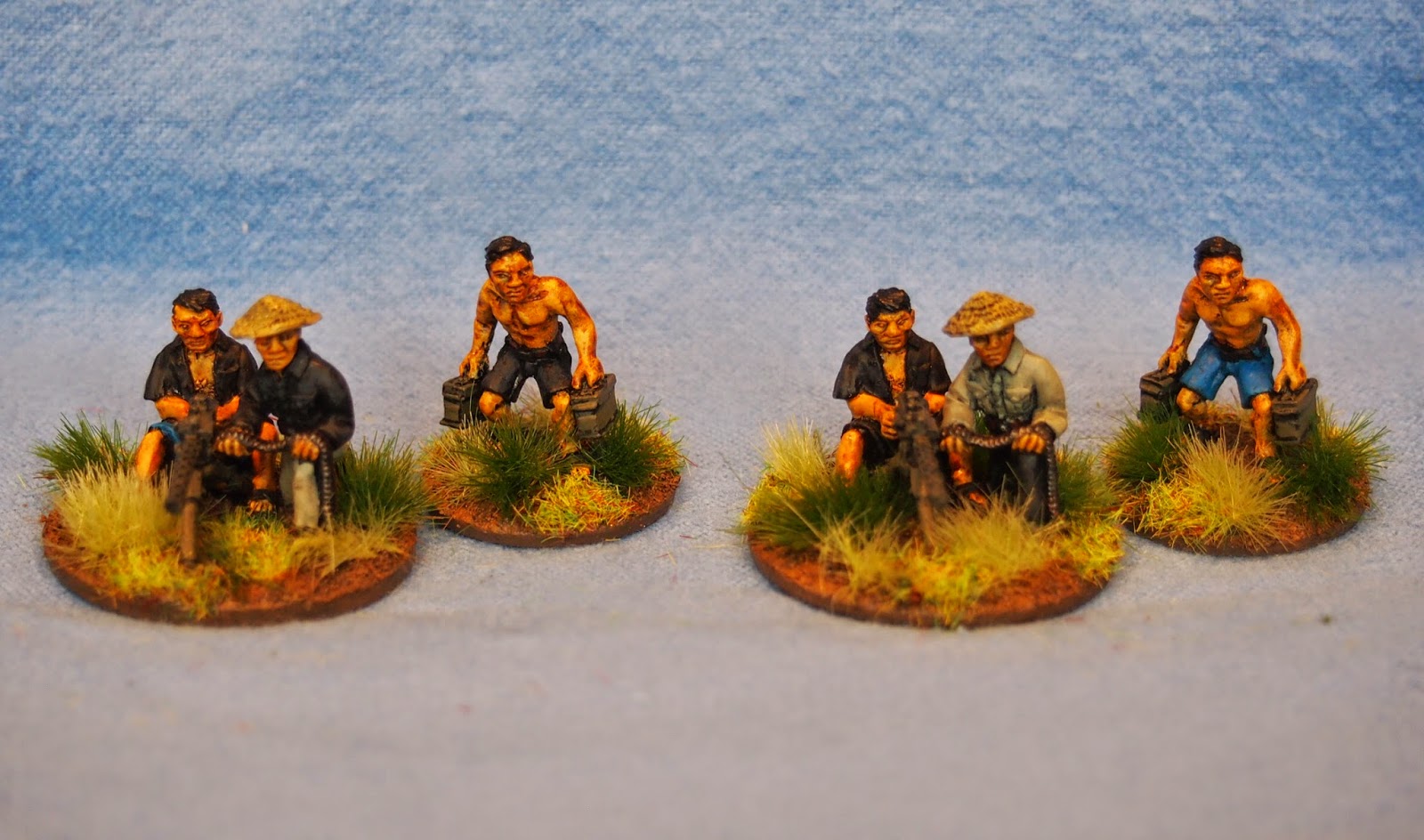 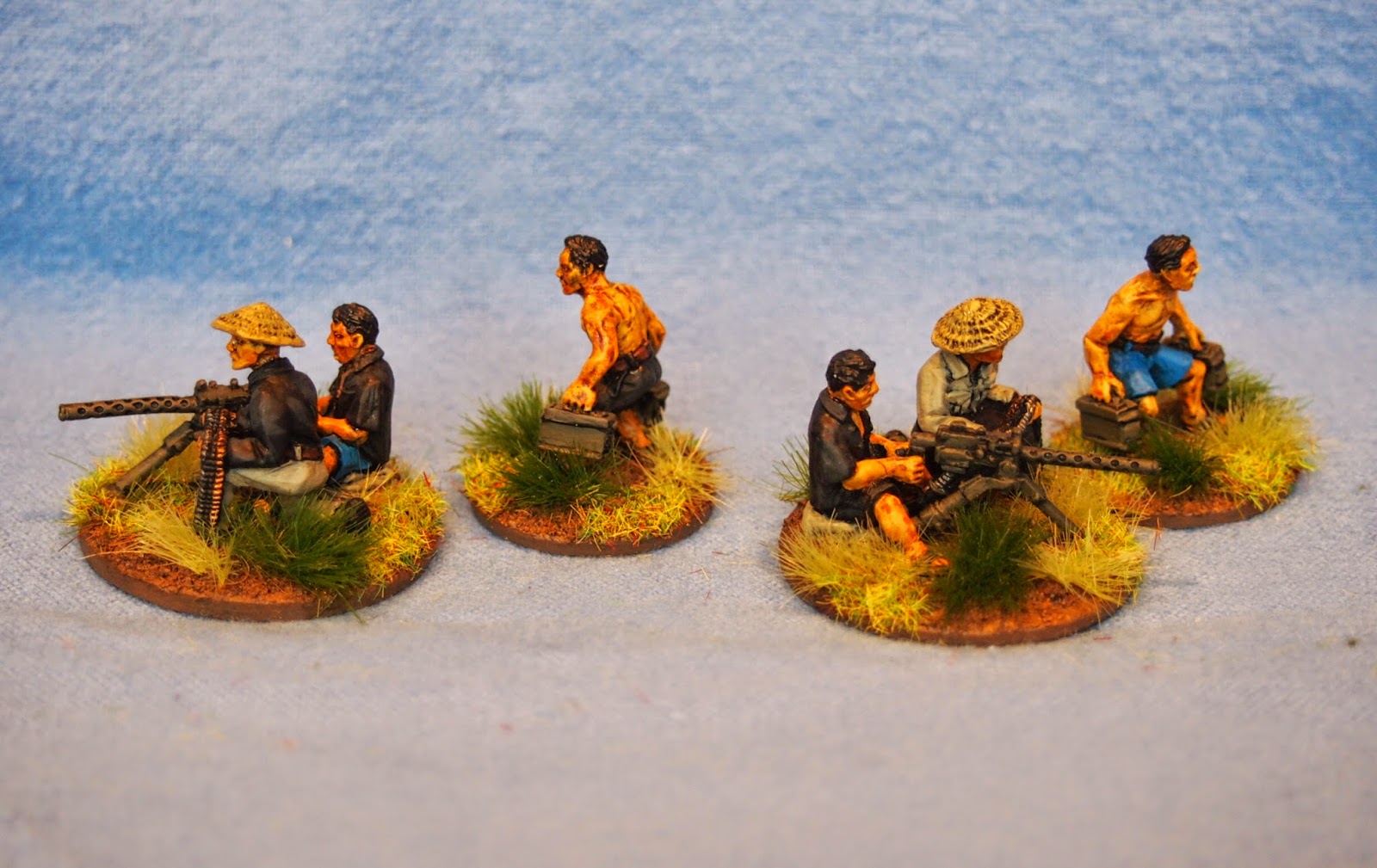 I based the mortar crews three on a base as these are really just artillery and would be hidden at the rear on the table. I wanted them to look hidden so added a few tree trunks on the bases. 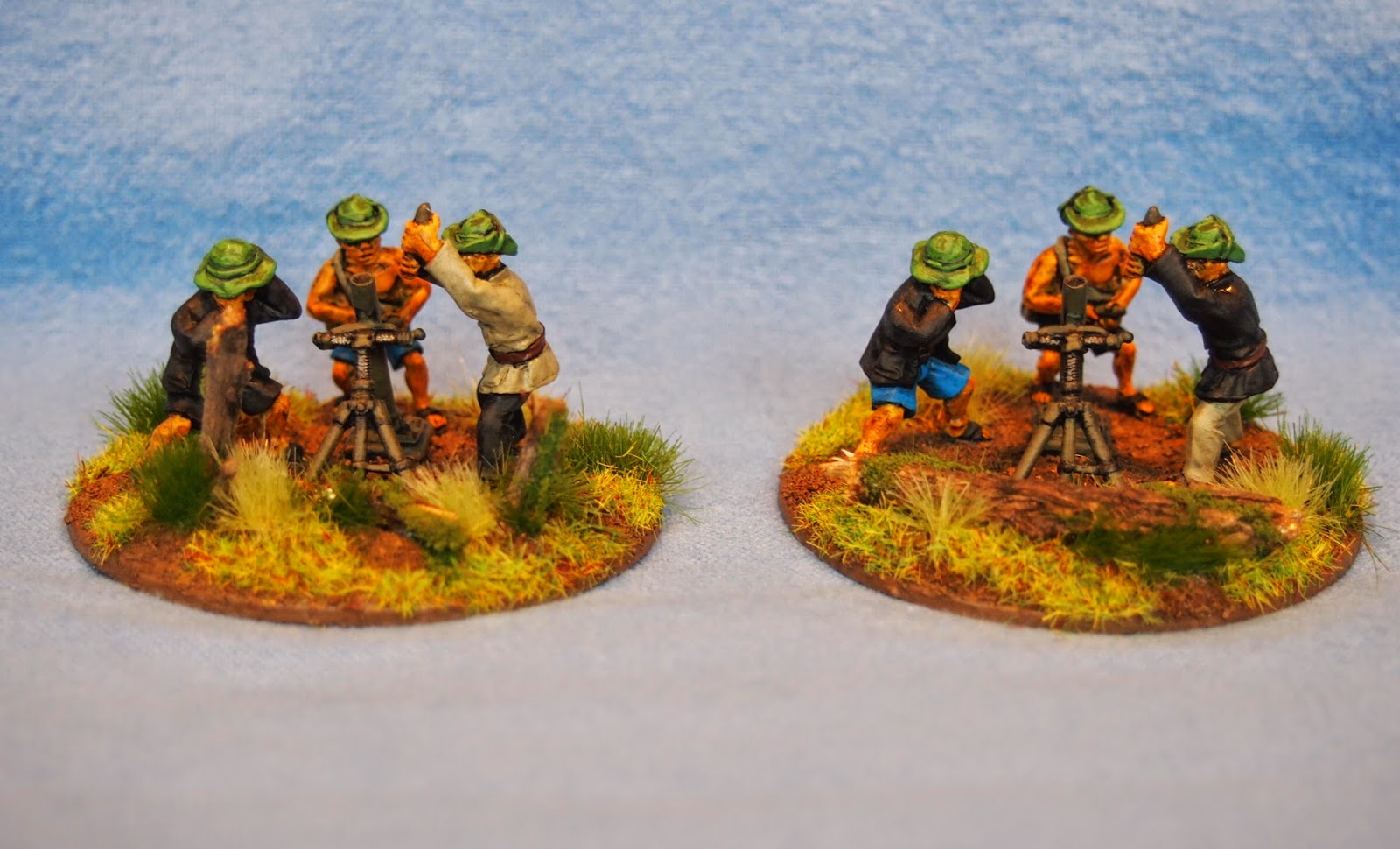 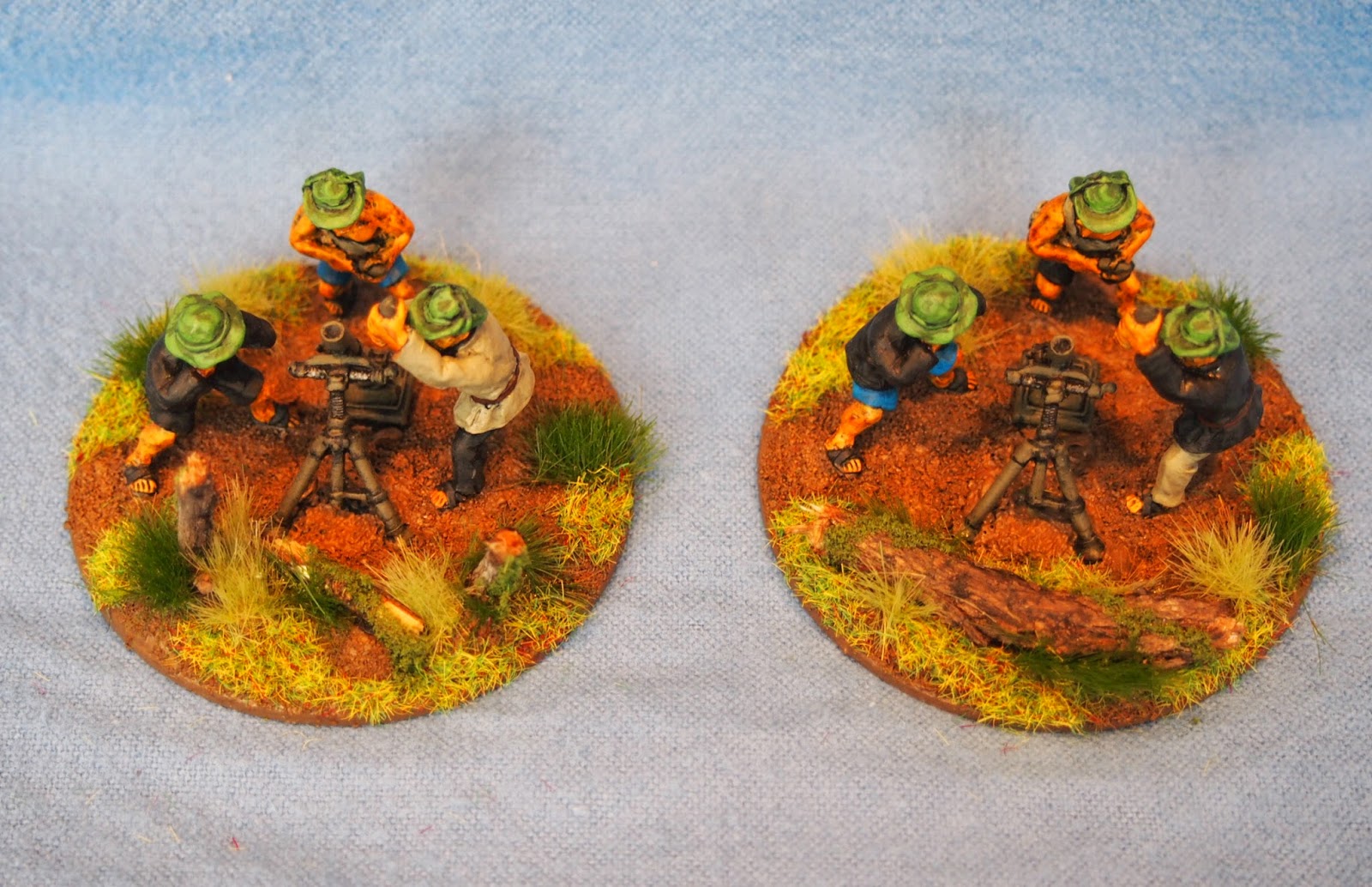 These next two figures are supposed to be Big men to command the MG and Mortar sections. I am not sure if they will actually be used as such or as spare Big Men for the Infantry sections. The pistol armed figure was converted from a RPG armed figure as they are not many suitable looking Big men figures around. 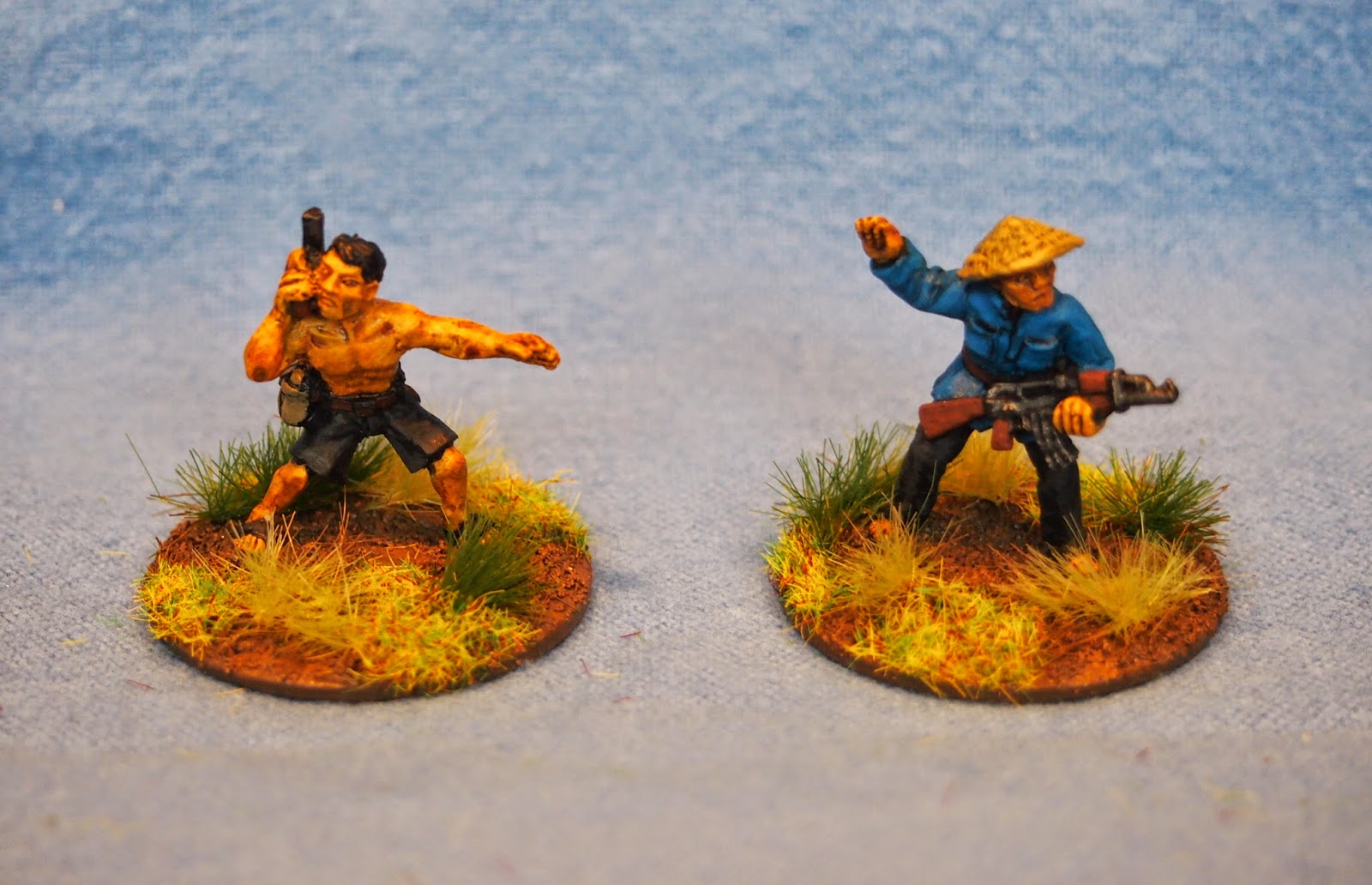 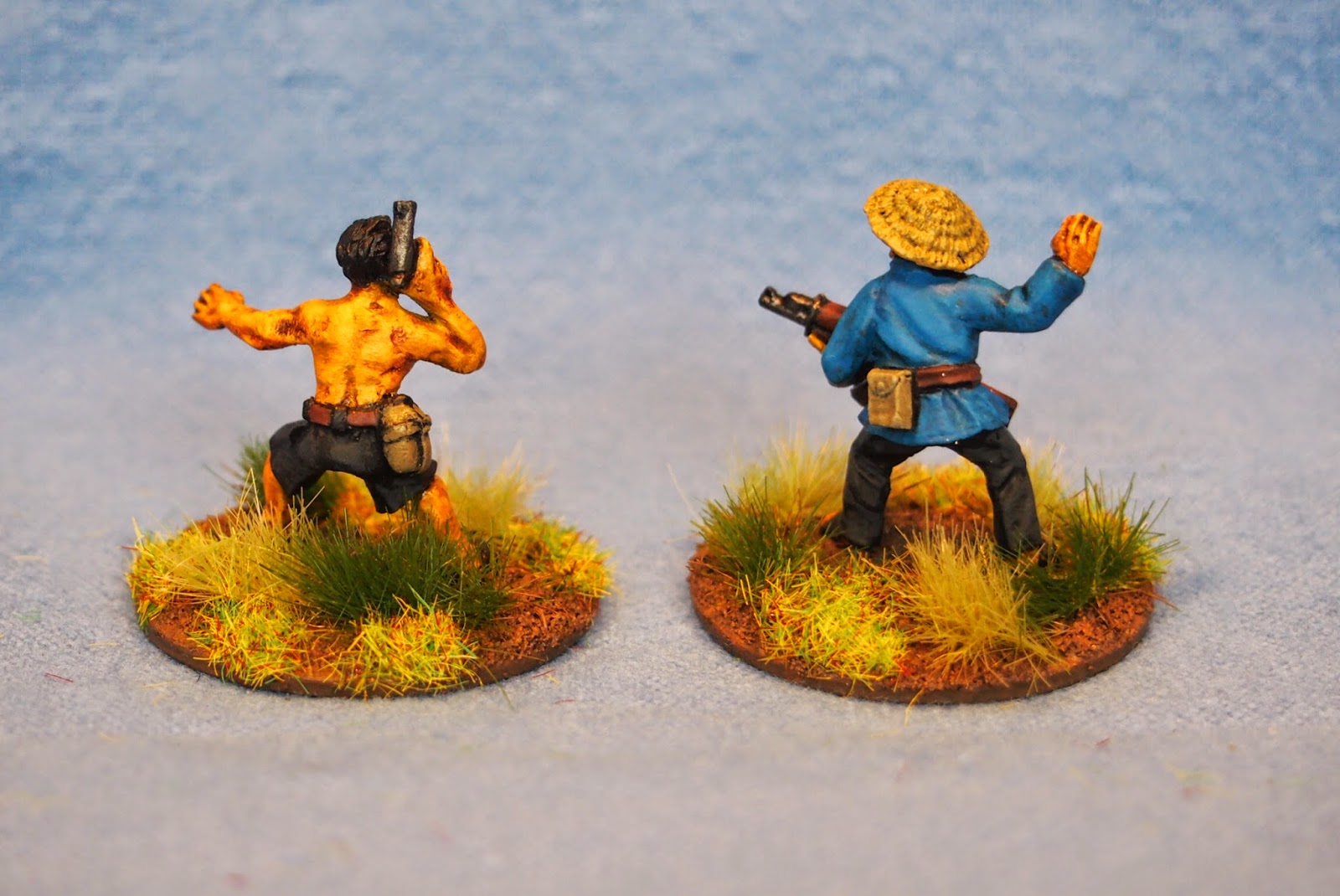 I started work on filling out my US Mortar Section with these Baker Company figures. This is the second time I have picked them up to prep and am still not happy with them. They should be decent looking figures but the mold mismatch left them with over 1mm step on the helmets. I have filed this down and then repaired with Greenstuff so hope that they will paint up ok. One figure is to be a command Big Man who may not be required for CDS. The other three are for casualty removal or just for looks. 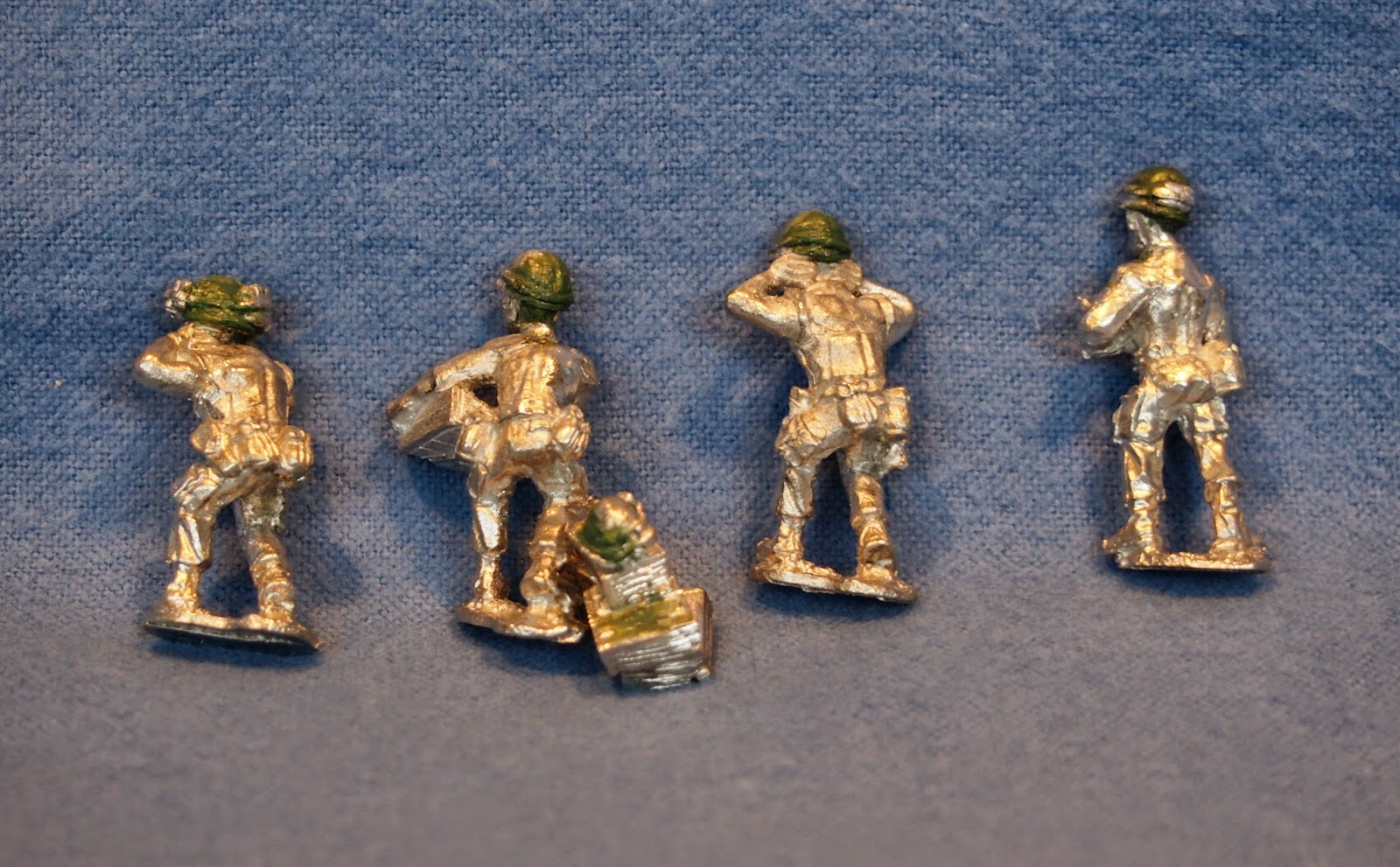 I have thrown the Mortars in the spares bin as they are just as badly cast.

I recently mentioned that I was going to loose my Wargames room so my Girlfriend would have a workshop to use for dressmaking. I have packed up my table and moved many boxes of terrain etc into the spare room. Almost all of my 28mm figures are all in metal cases stored under my Queen sized bed and some are in my display cabinet in the lounge. 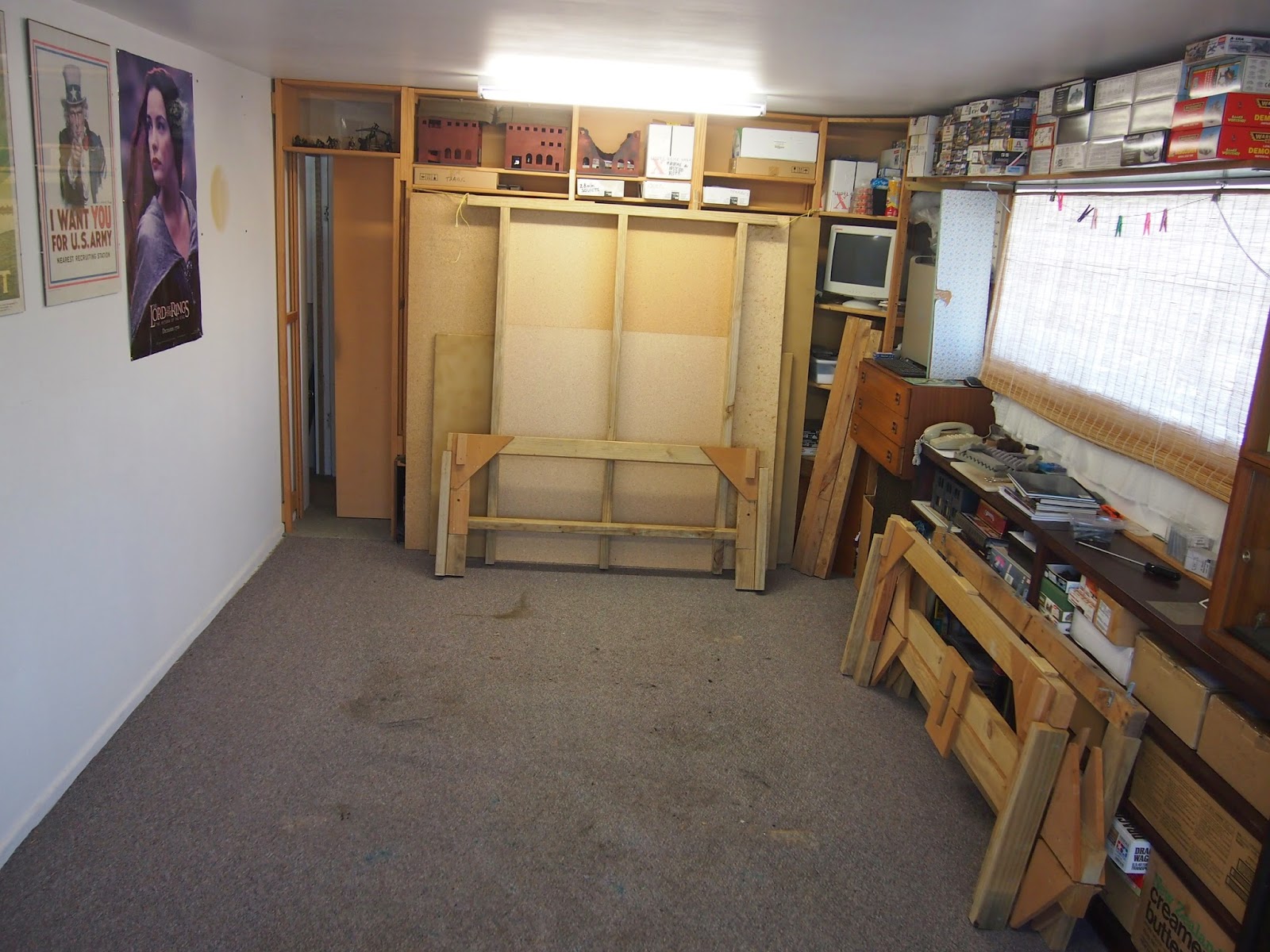 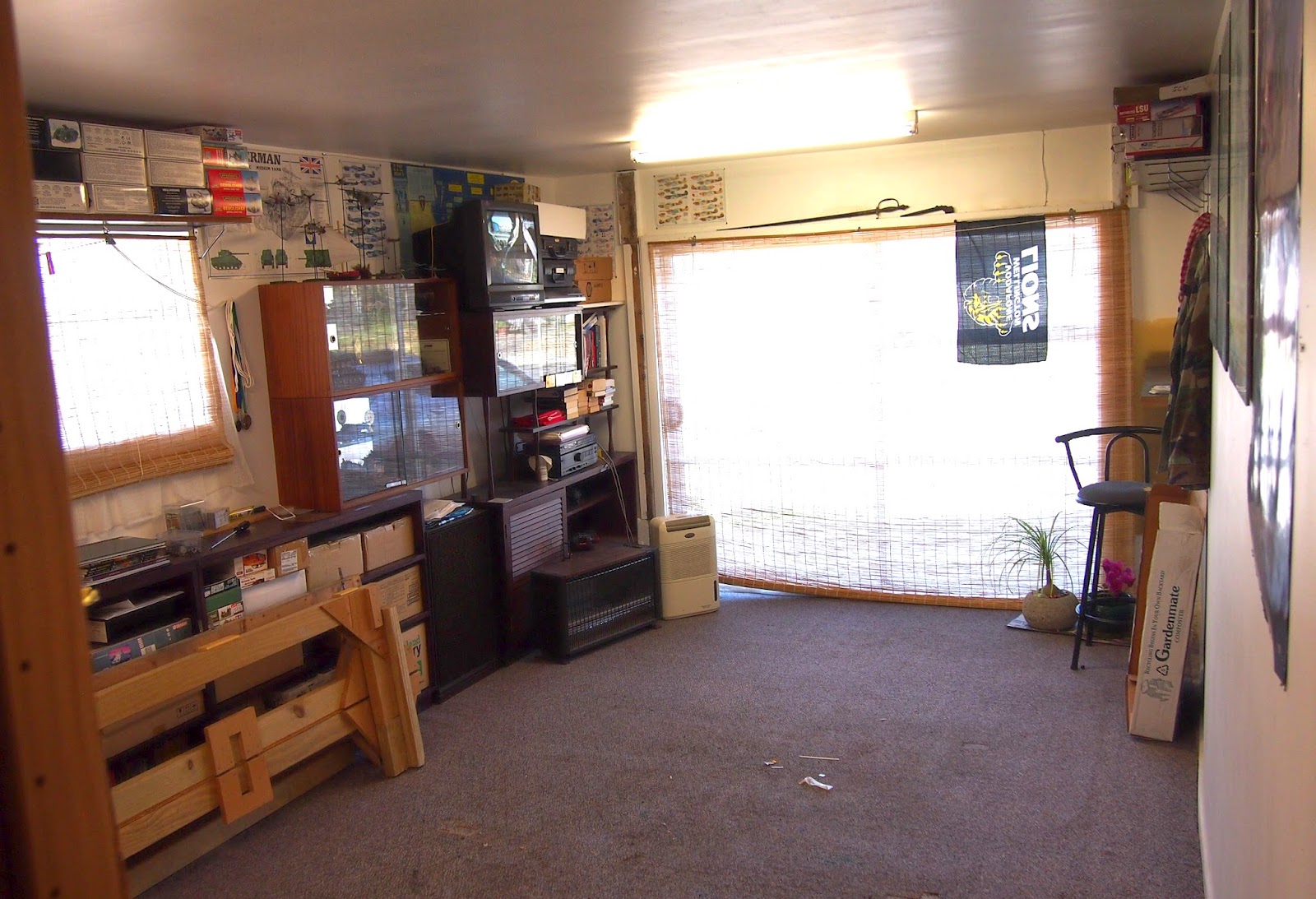 The new room is being built with the foundations ready to have the boxing removed. The speed of this has really surprised me as I only had Council Approval just over a week ago. The builder was keen to start straightaway. I have been getting quotes for windows and other building material which has been stressful but is also quite satisfying in a way. I have been posting photos on FaceBook everyday so will copy a few here. 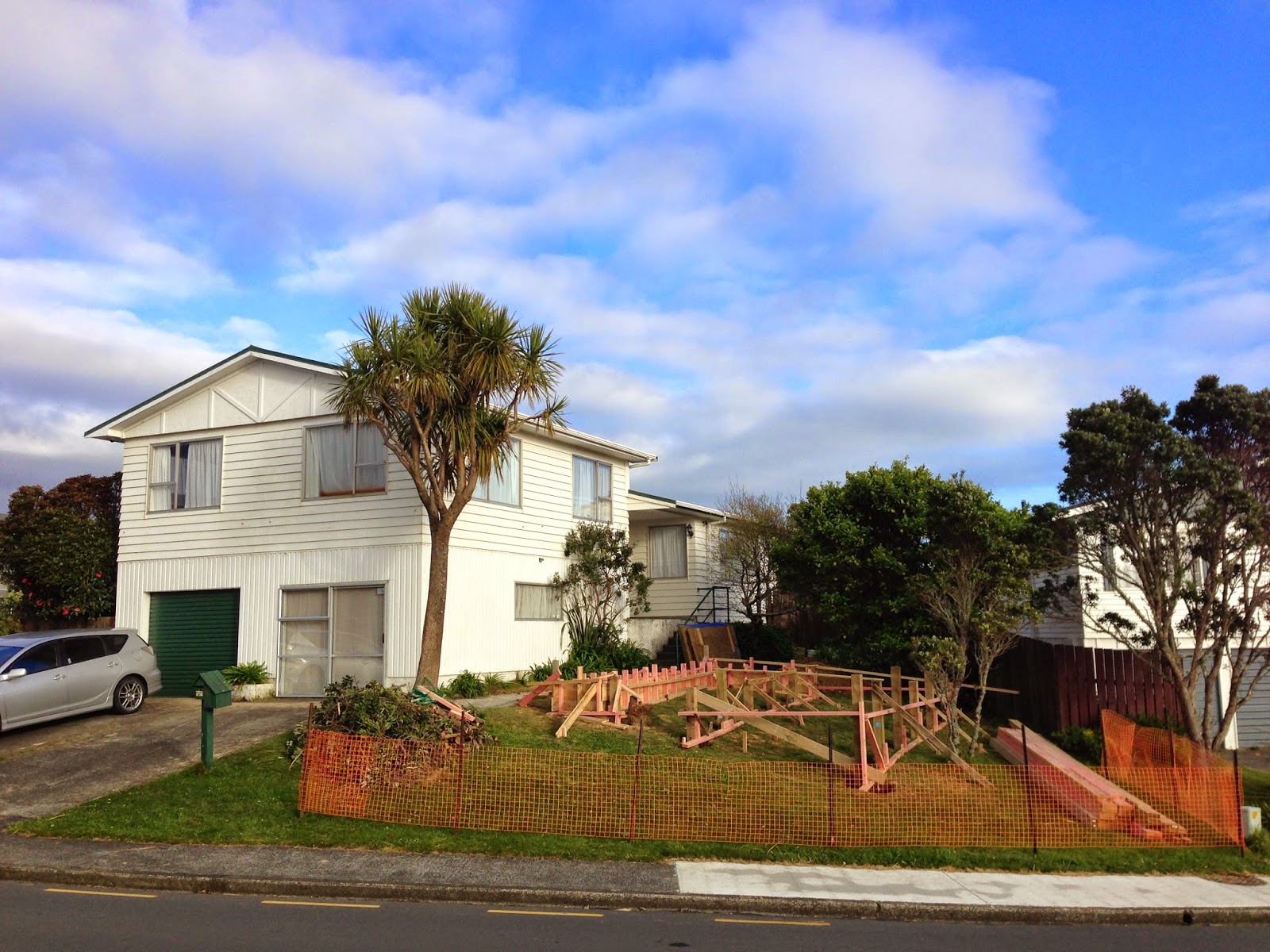 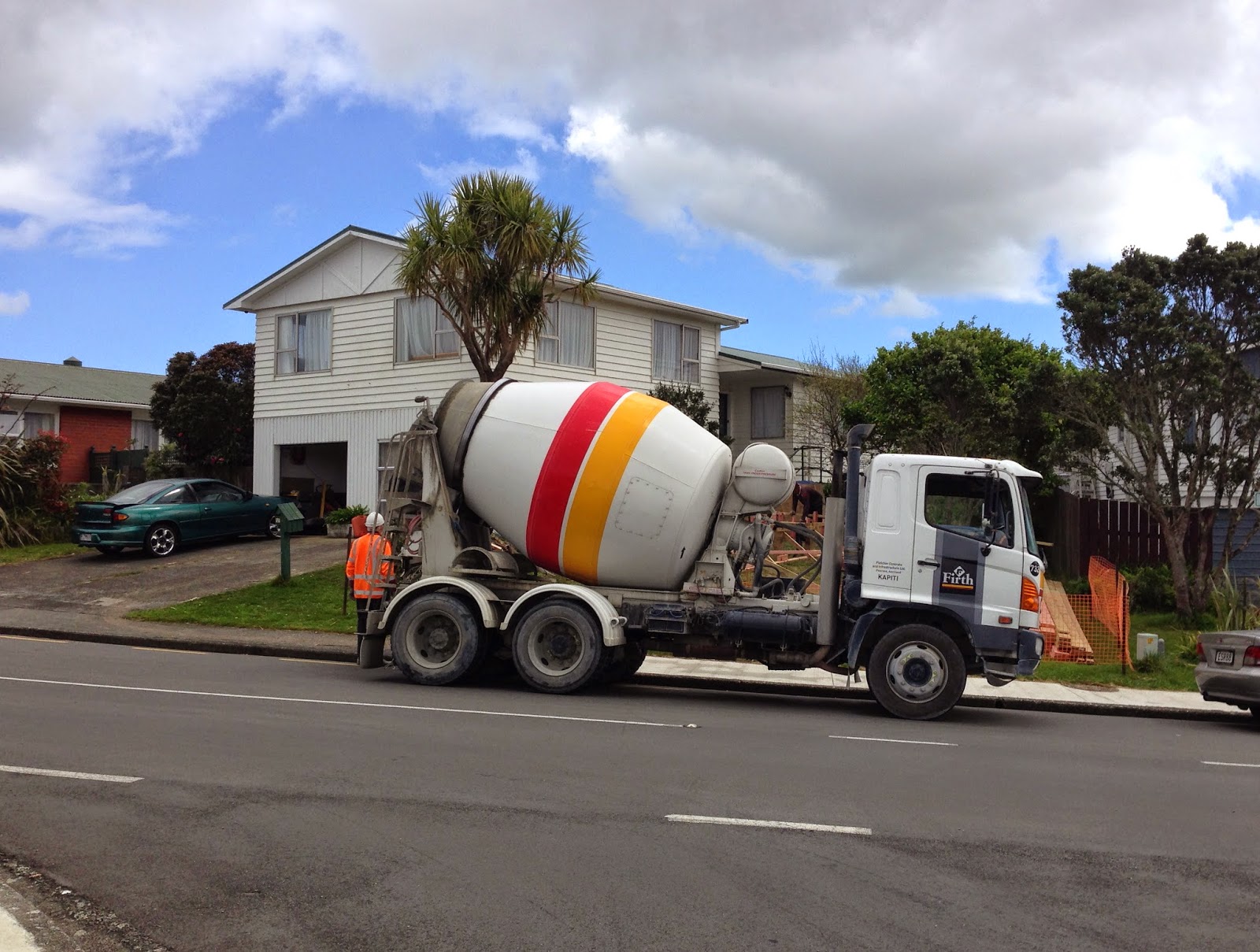 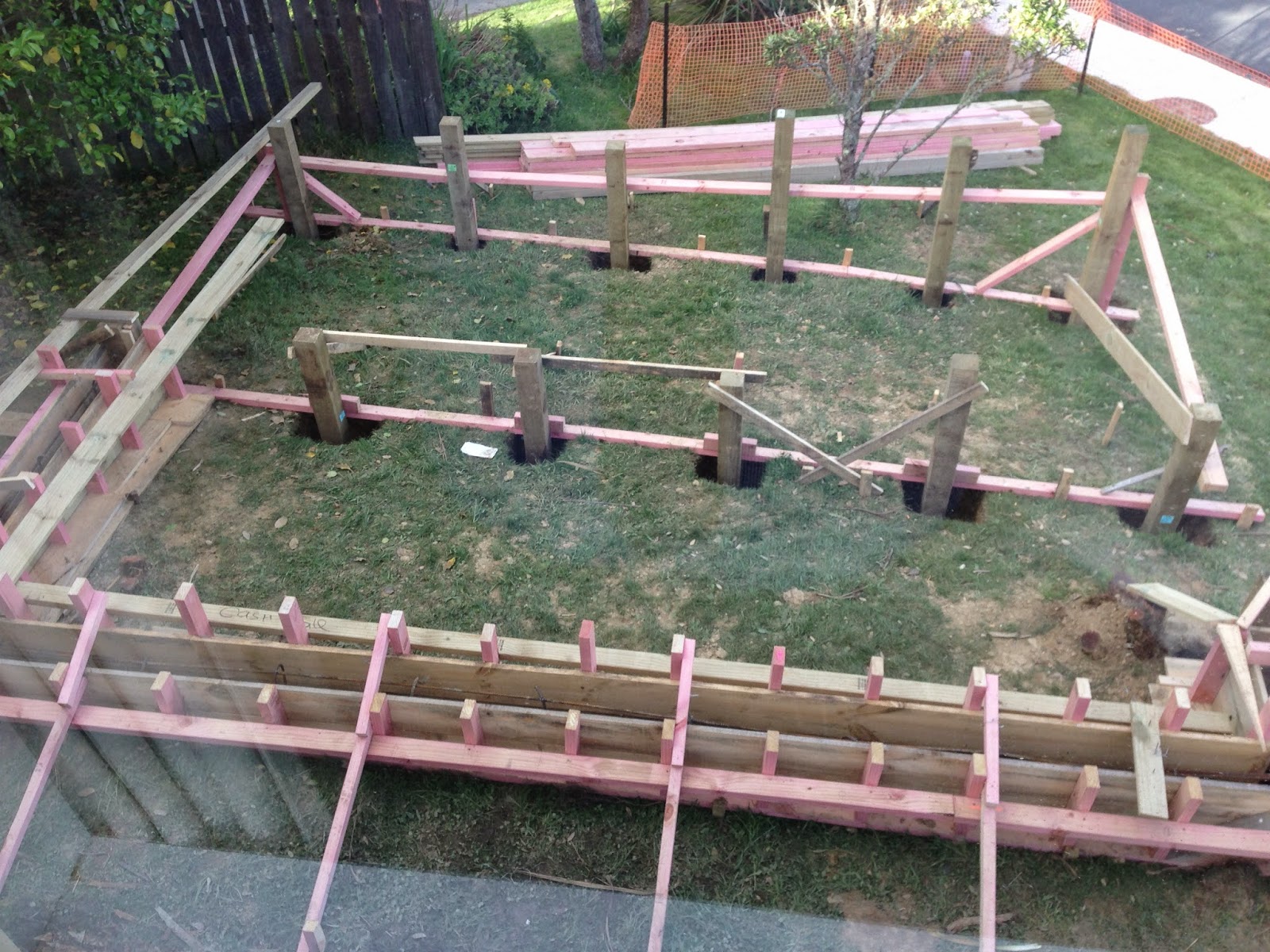 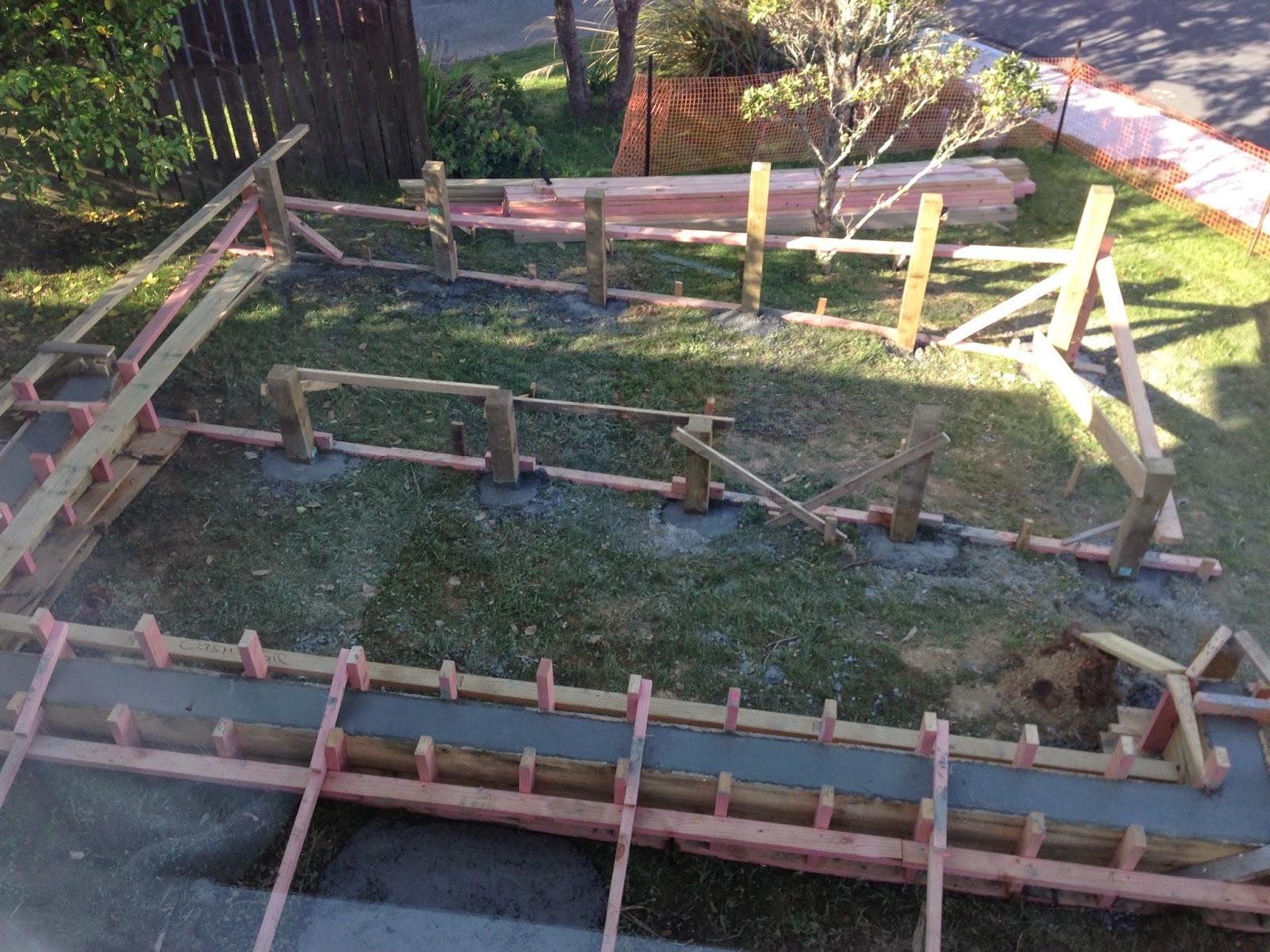 While I painted my Carrion Crew I also completed my Cultist gang with the addition of the Leader figure from Pulp Figures.  A really easy figure to paint as I kept to the minimum number of colours needed. I may have a rethink of the Cultists symbol as I now feel that it looks too basic. I also have some old Cthulhu figures to paint up which would be ideal to use with these as Gods to be summoned. 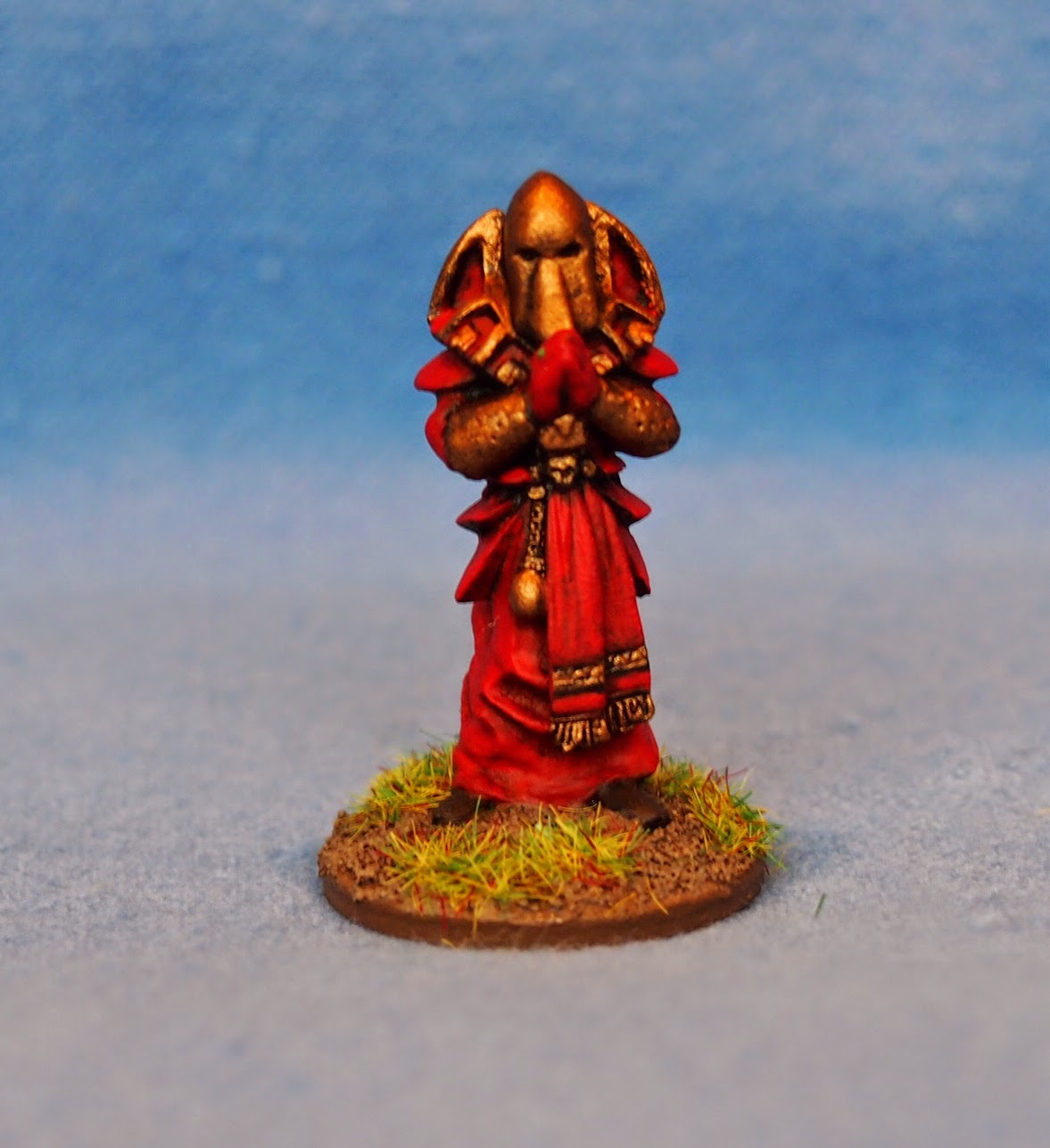 I'd like to present the popular crew from the Carrion Movies, well my version of the "Carry On" cast members. These are based on various Movies such as Carry On Up the Jungle and Carry On Up the Kyber. Barbs did not appear in either of these movies but I had to include her. The figure of Barbs was taken from my Old West collection and given a new hair colour and base. I feel that I should have repainted the skin tones to match the others as she is a bit pale, but I guess that fits her image.

This is the first time that I have attempted to paint Tartan and feel that I made the pattern too sparse but am pretty happy with it.

As some people may not be aware of the Carry On Movies here is the trailer for Carry On Up the Kyber.