A star in a reasonably priced Cart.

Just finished a Chariot for my Mummy forces. The horses were from a job lot won off Ebay which are from a Foundry Ancients range (I think). They are the third set of horses which I tried out and then discarded. I tried to paint them like they were undead with skin stretched across the bones. Not sure if it looks like that? The cart was scratch built from brass rod, plastic card and some wheels off an Esci Pak 40. The rider is from the Eureka range of Chaos Egyptians.
The little chap running behind is from a Foundry Darkest Africa set with a greenstuff wrap around his shoulders. 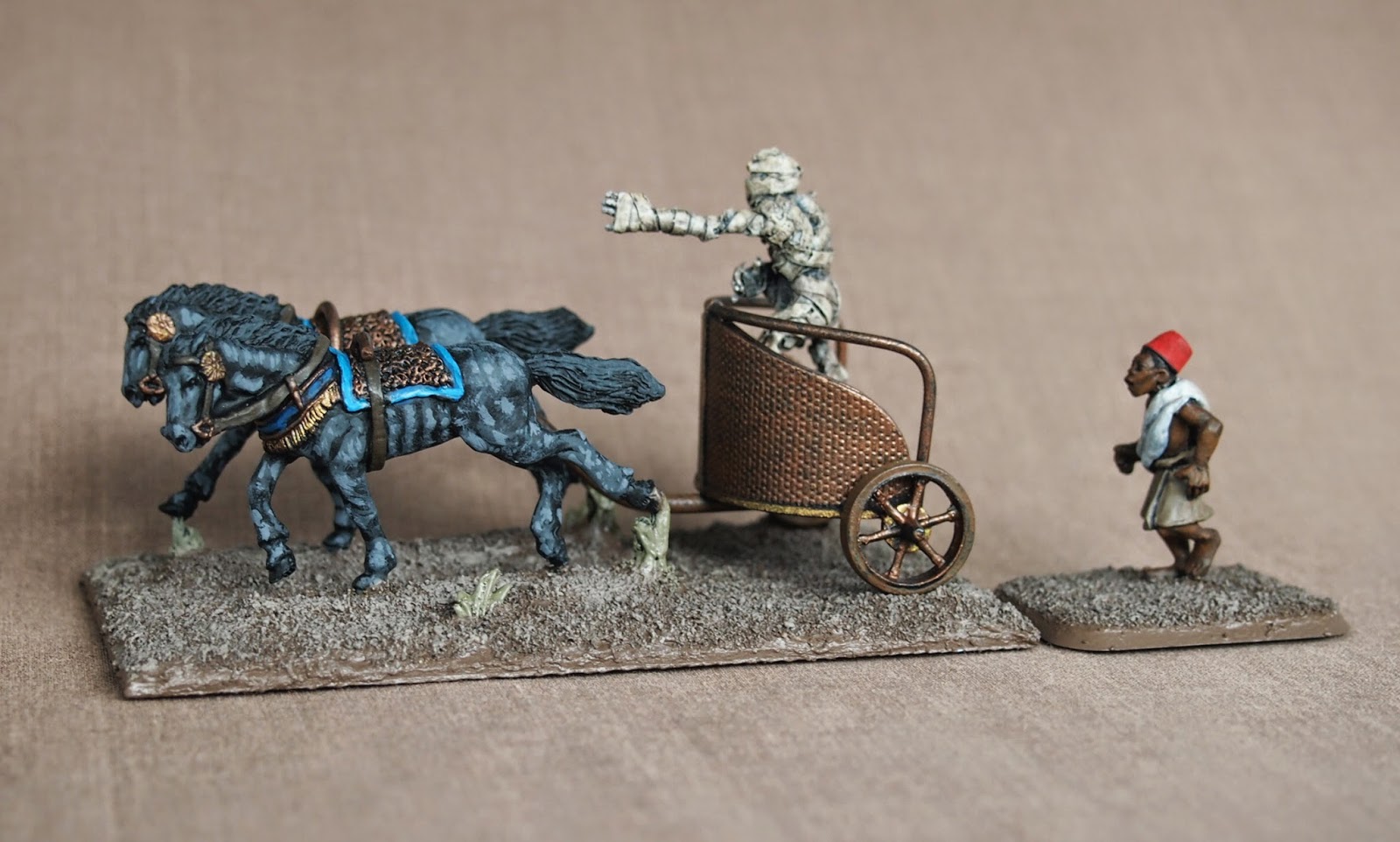 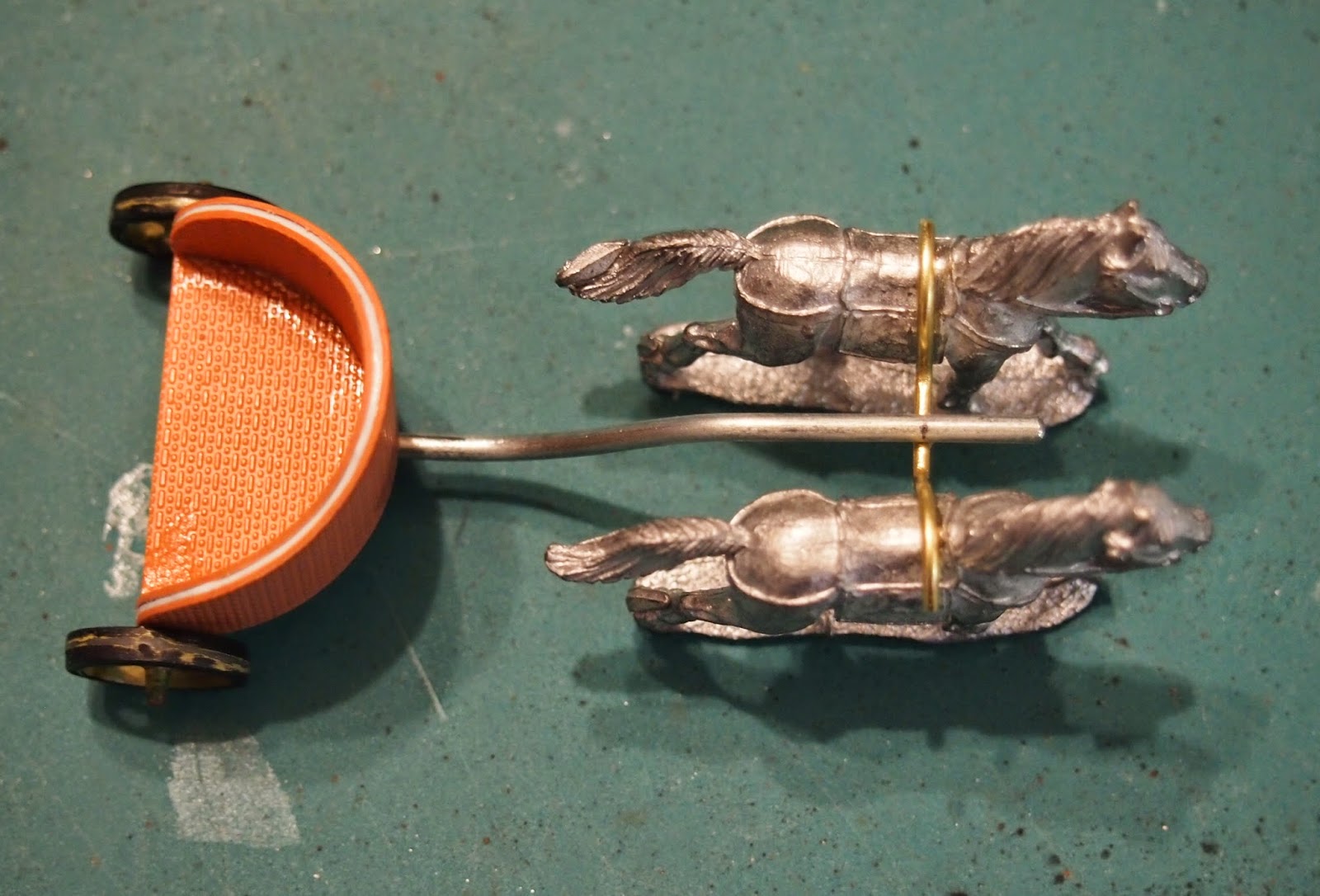 I also finished a pack of Brigade games Archeologists and labourers and a pack of prisoners. I'm really happy how the stripes came out but it did take several nights to get them done. I had a missing pick in one of the packs so substituted a spare from Heresy which was in the spares box. It looks huge but its too late to change it now. 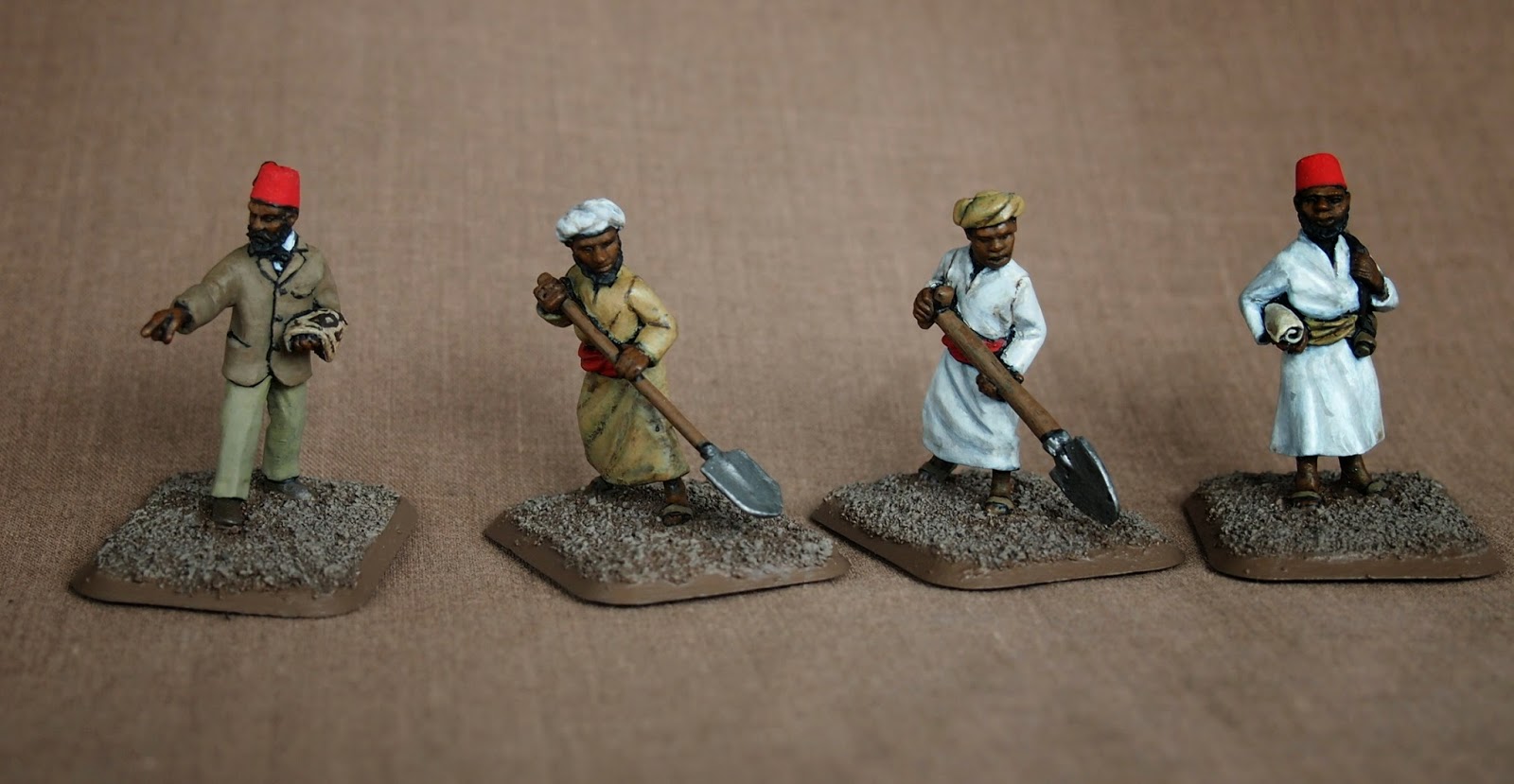 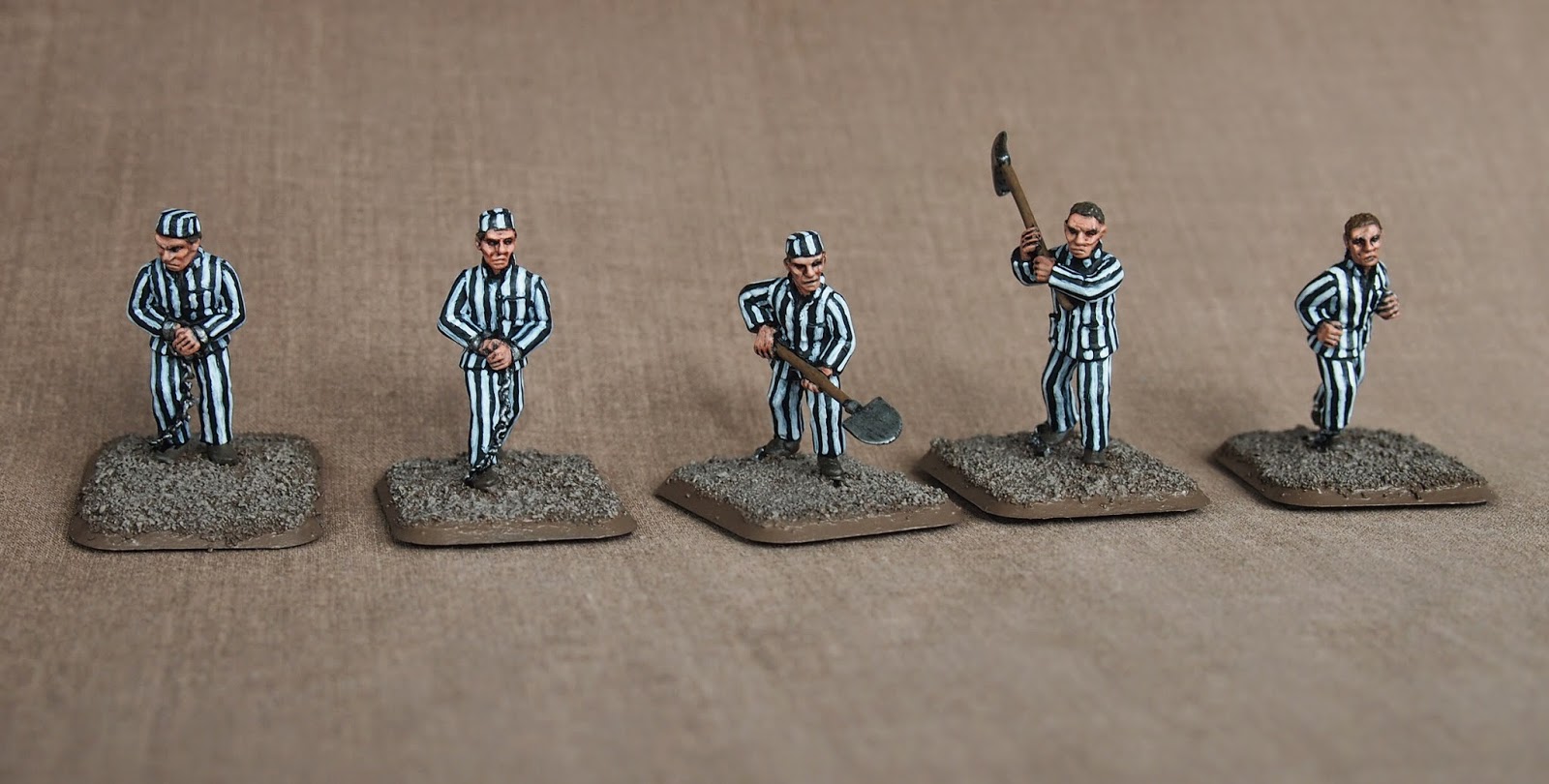 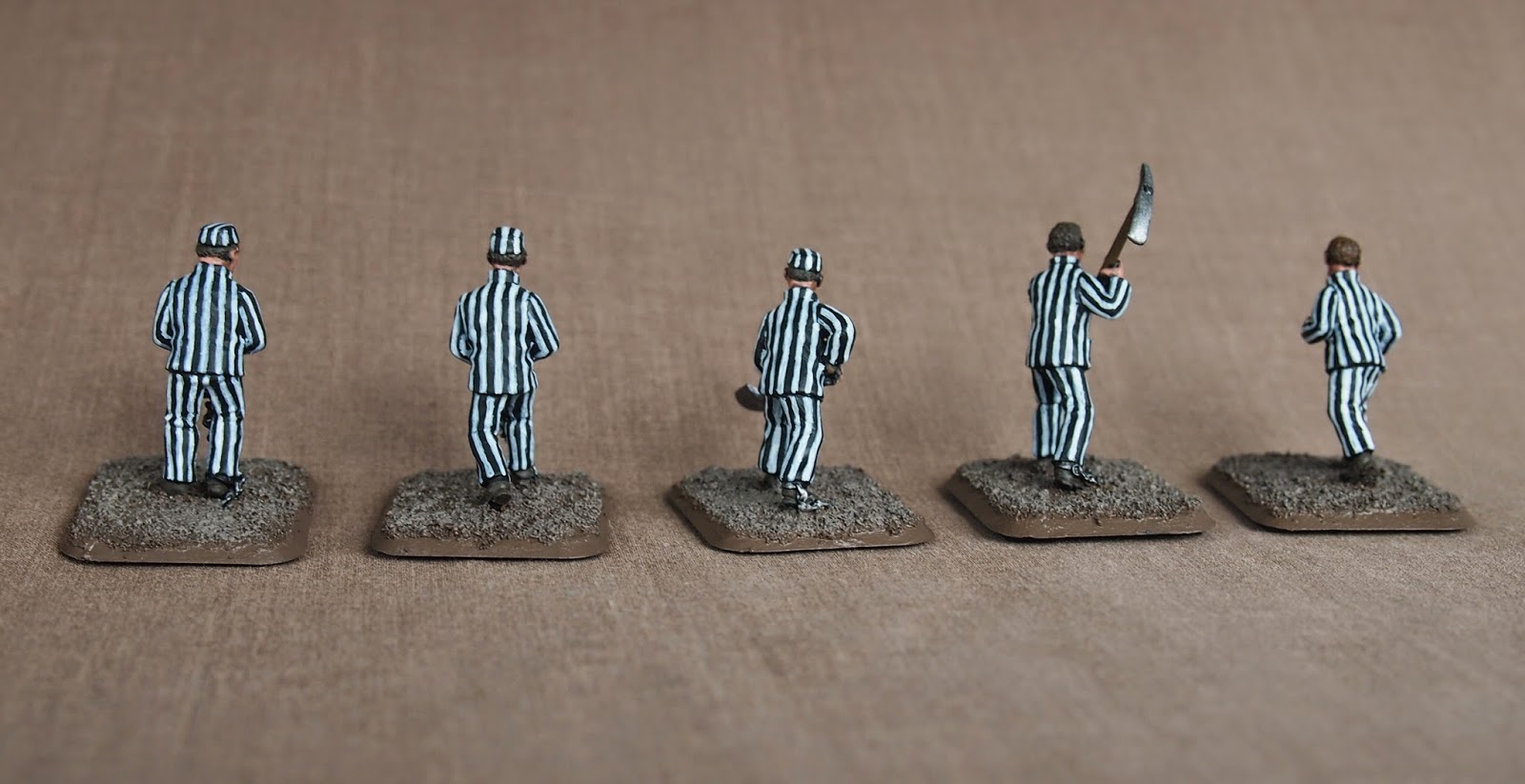 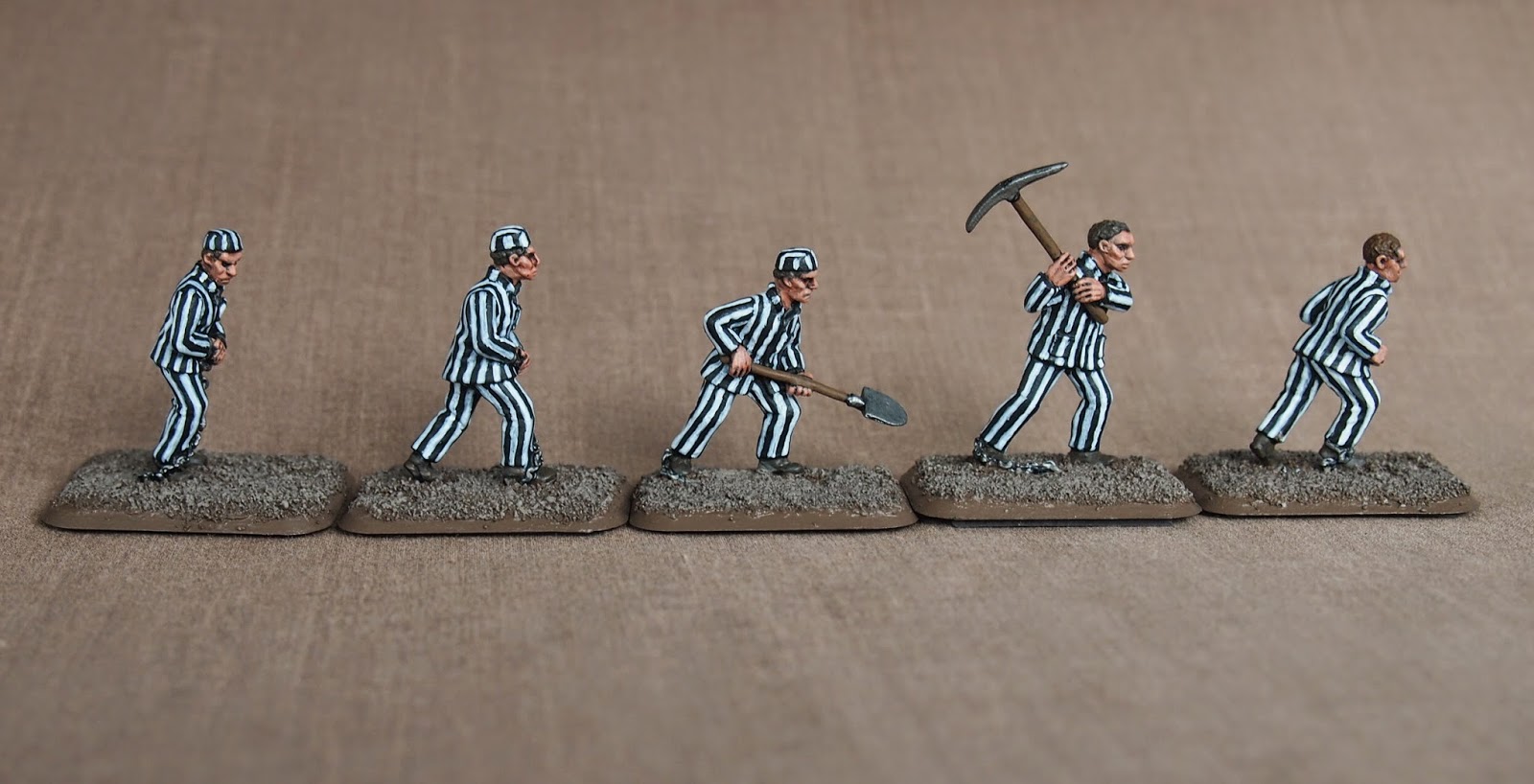 I have just finished painting some Mummies and Skeletons from Eureka. I've had these for ages in the lead pile as when I first saw them I thought that they would be too fragile for gaming. I recently got them out again intending to use them as terrain. Some of the limbs seem too fragile so I glued some lead strips around the legs and glued the arms against the bodies as much as possible to give them more strength. I also cut the tabs off them so I could glue them to flat bases.
The Mummies came in one piece, but seem to have no plan as to how the wrapping was applied so were a real pain to paint. I think I had three attempts to get the wrapping to look ok.
I am quite pleased how these figures look but will treat them with kid gloves when gaming with them. I've had one detach himself from a base already! I also failed to match the bases to the colour of the Pyramid even though I think I've used the same colours.

I just checked on the Eureka Website and found that the range is called Chaos Egyptians. They call the Skeletons Undead Warriors and Guards.