At work we were having a clear out before the Xmas break and noticed this. I knew we had started selling 3D printers but I could not even tell you what models we are selling. I have seen a few items that had been printed for a few clients, but did not think that they were good enough for gaming until I saw this. The doors and windows look big enough for 28mm figures and what really impressed me was that it had interior detail as well. I did not see if they had printed a roof but imagine churning out these on demand for gaming?

Yesterday I received a text message about a Helmet and two water bottles from the surplus store. So today being a Saturday I rushed down to get a look at them, despite the Xmas crowds.

The helmet is in a slightly battered condition but has the original paint. It has a chipped liner also in original paint. I checked the dates on the straps which have 67 on the helmet straps and 68 on the sweat band. So good for the Vietnam era. I must confess to being a bit confused about the seam on the helmet now as this has a rear split but conforms to the Ebay guide. 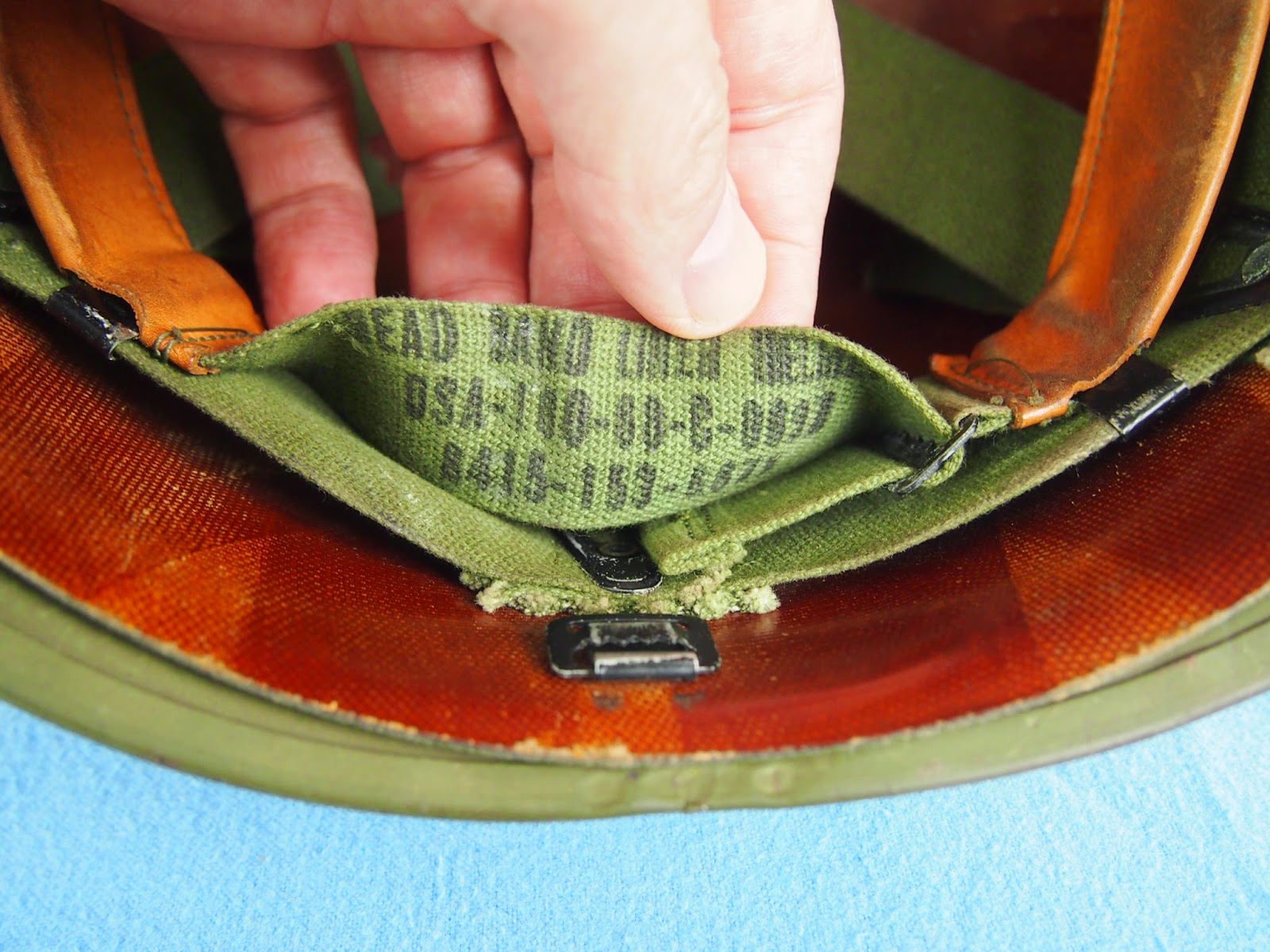 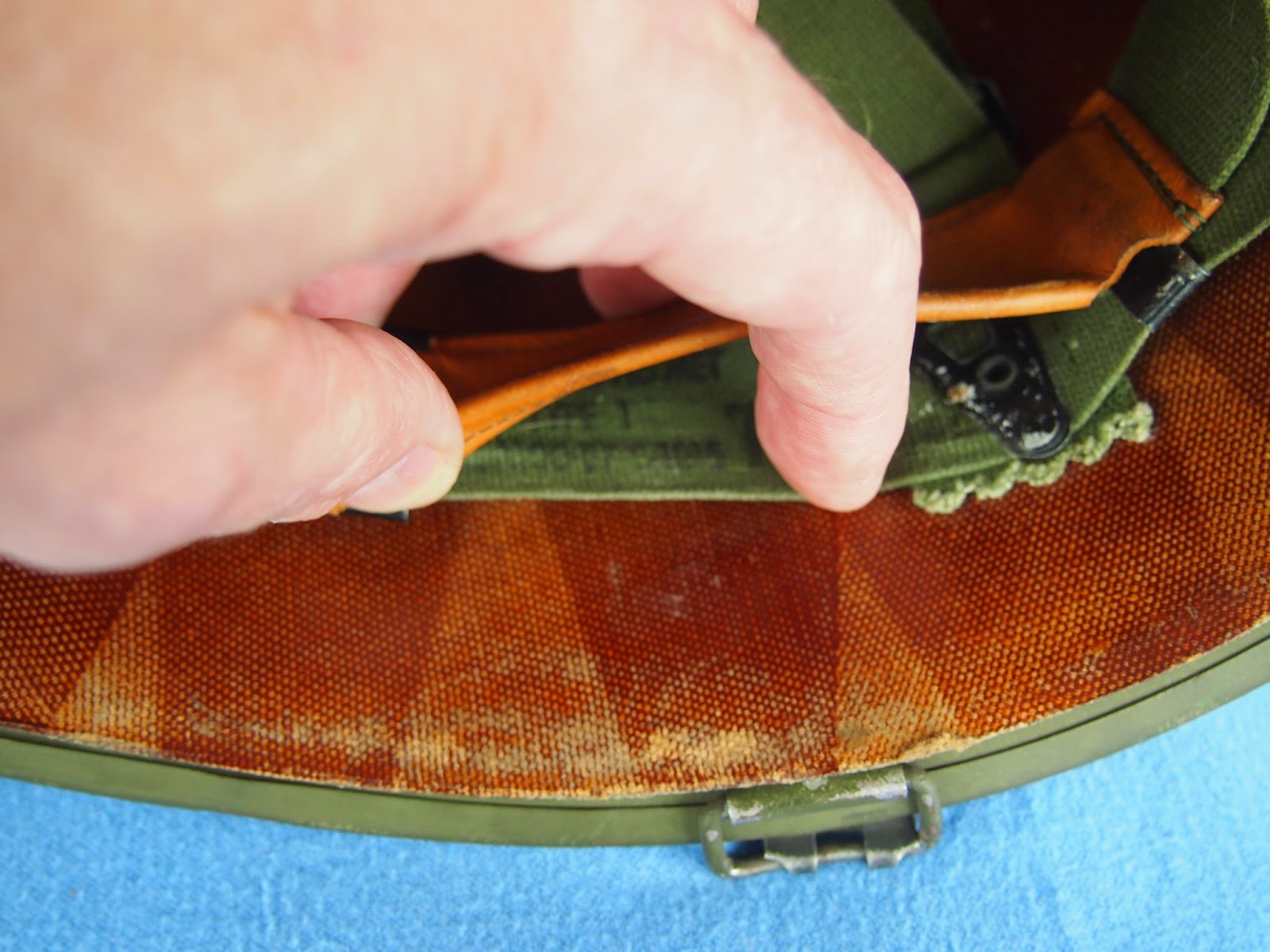 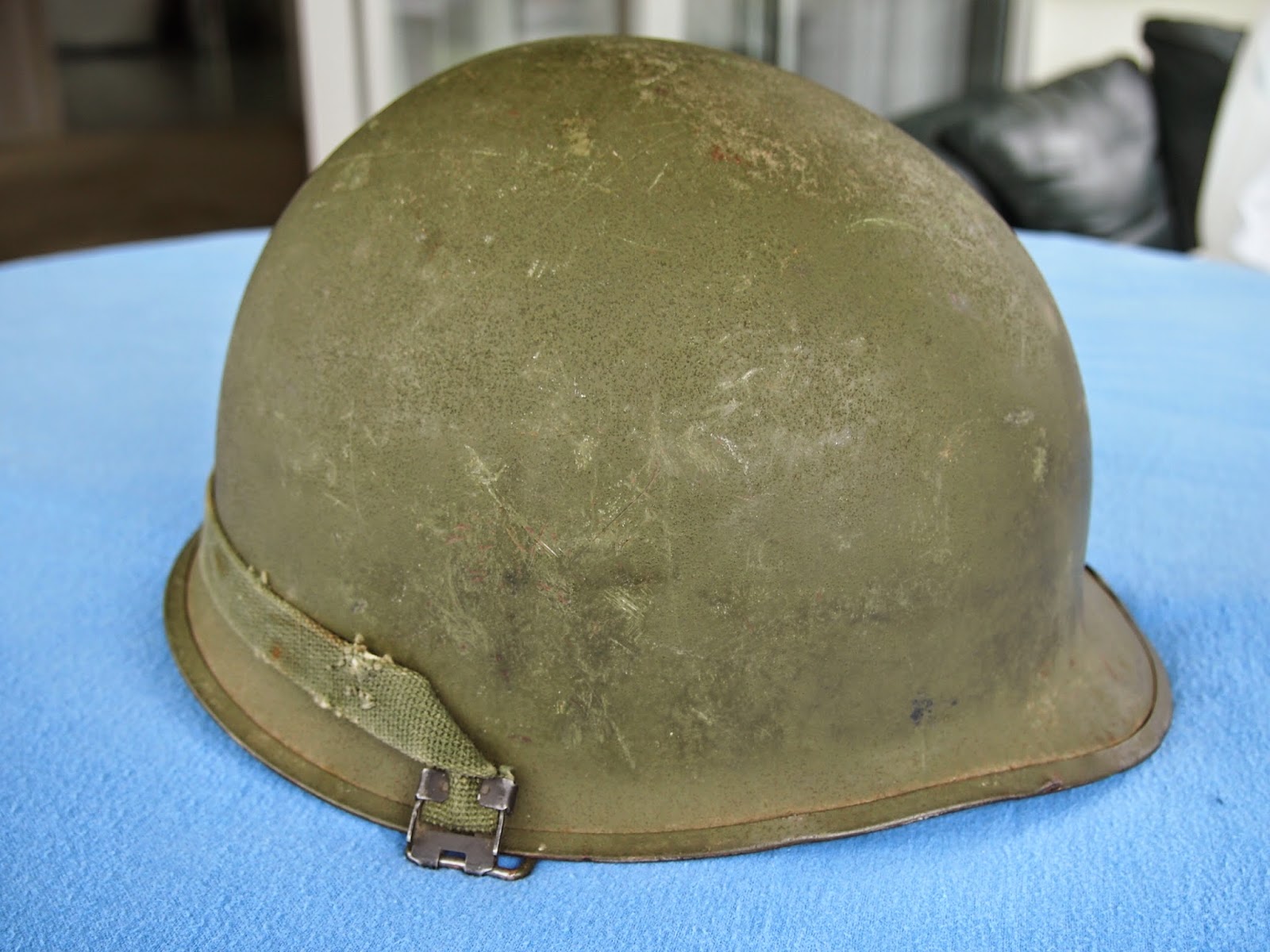 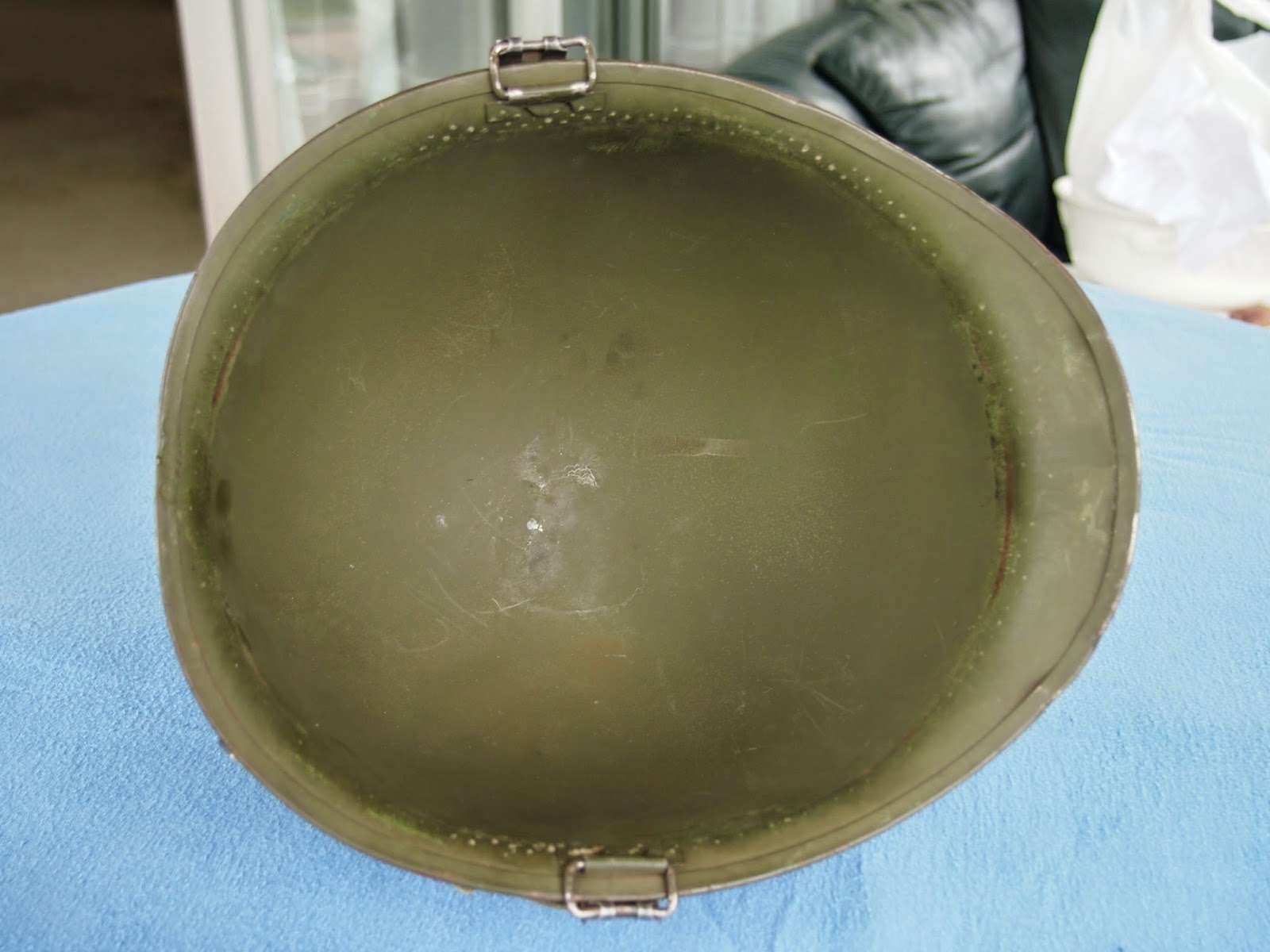 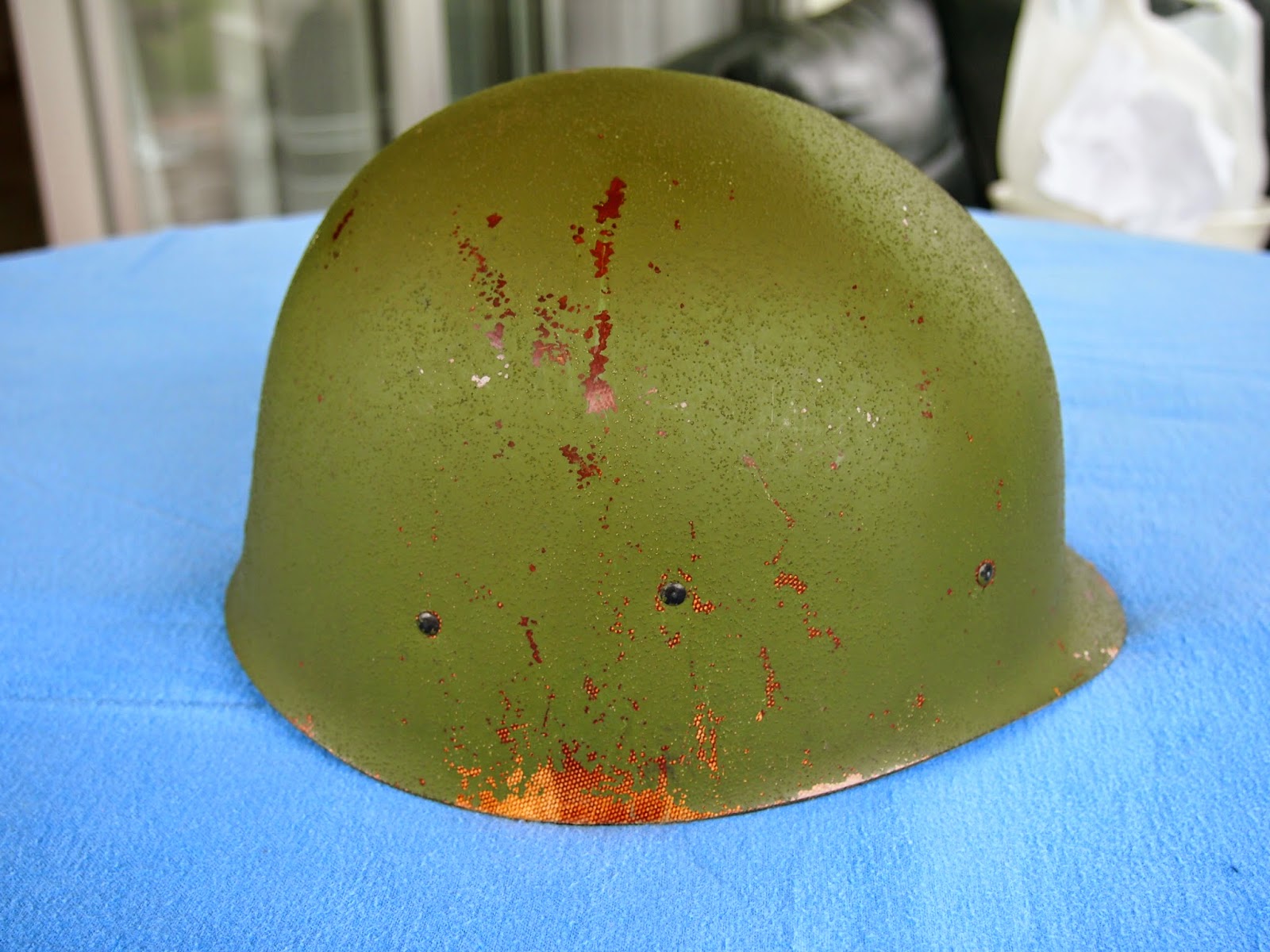 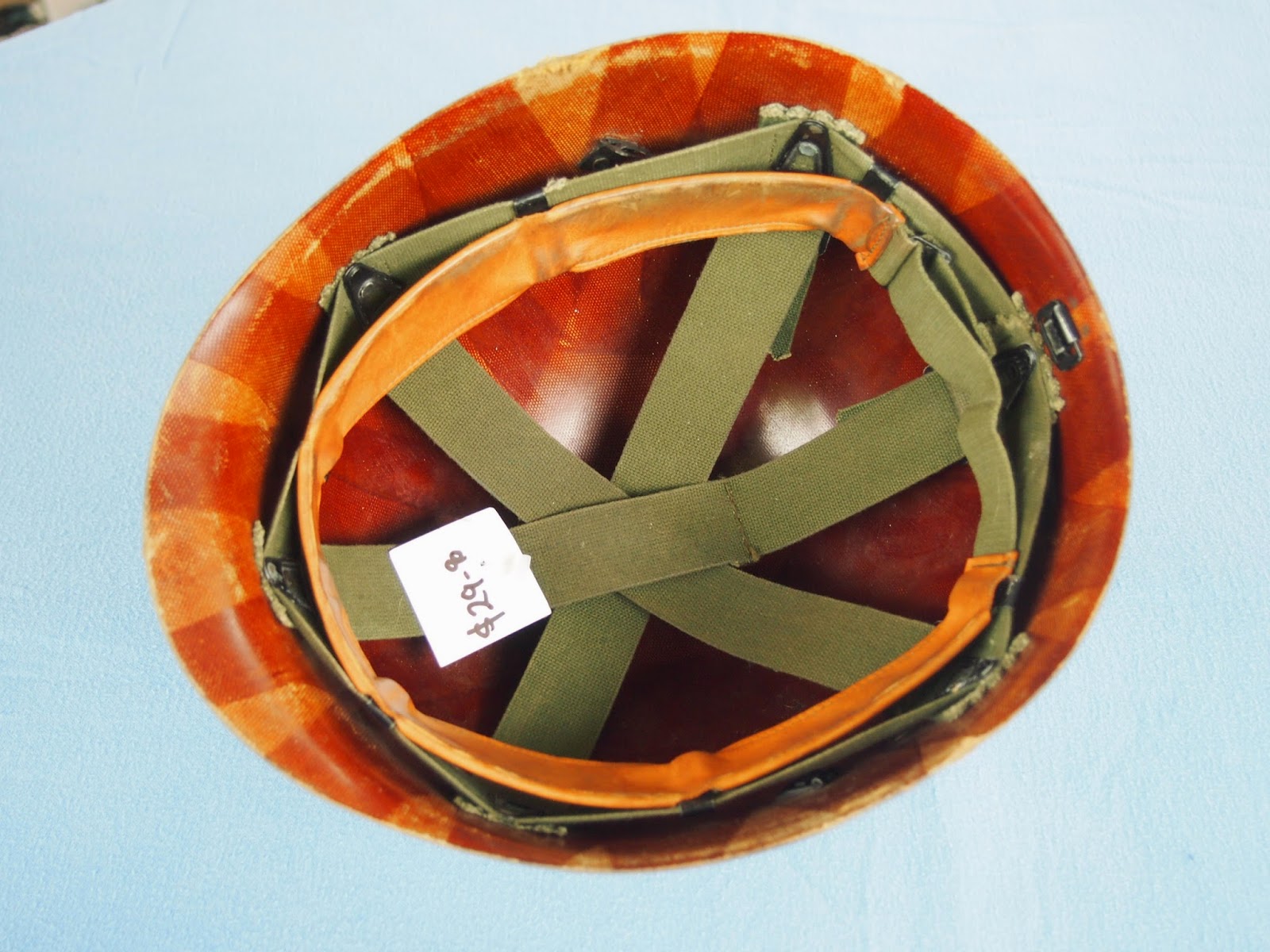 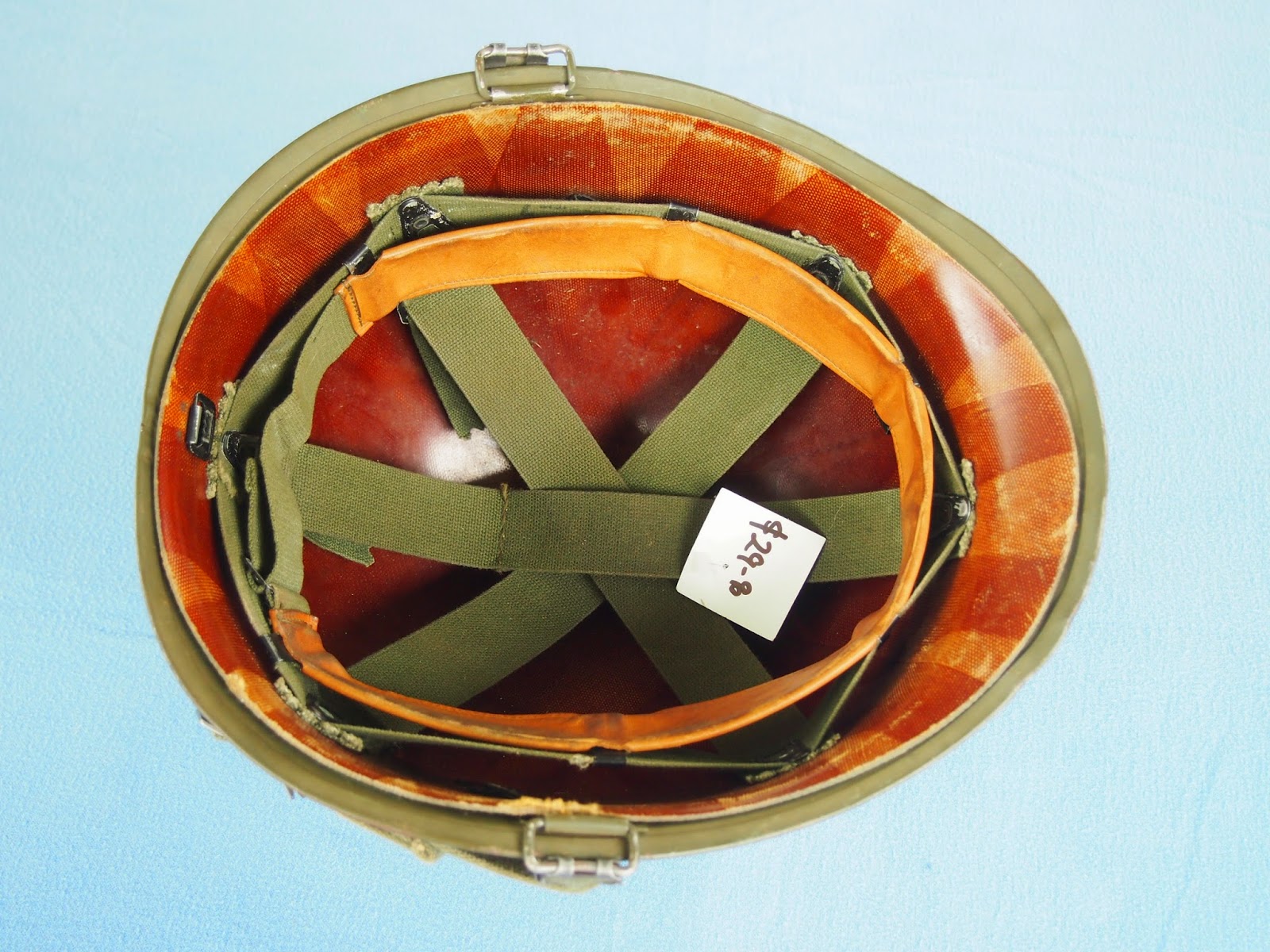 I will now be looking on Ebay for a suitable cover. However I am not sure if I want an original item, as it might be better for me to get a reproduction one to wash out several times and personalise with graffiti?

The water bottles have some wear on them but smell neutral and look clean internally. They both have 1966 date stamps on them. 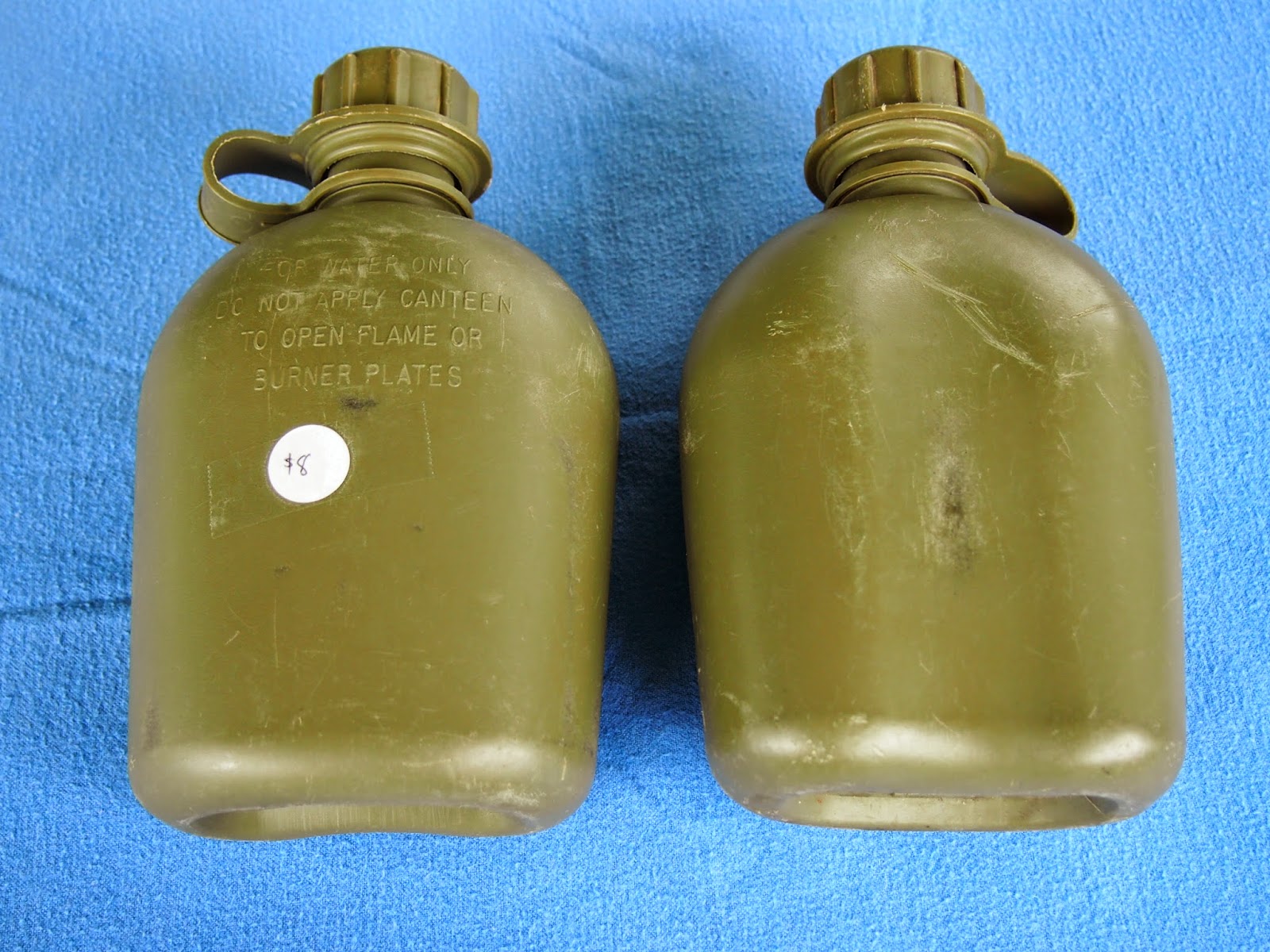 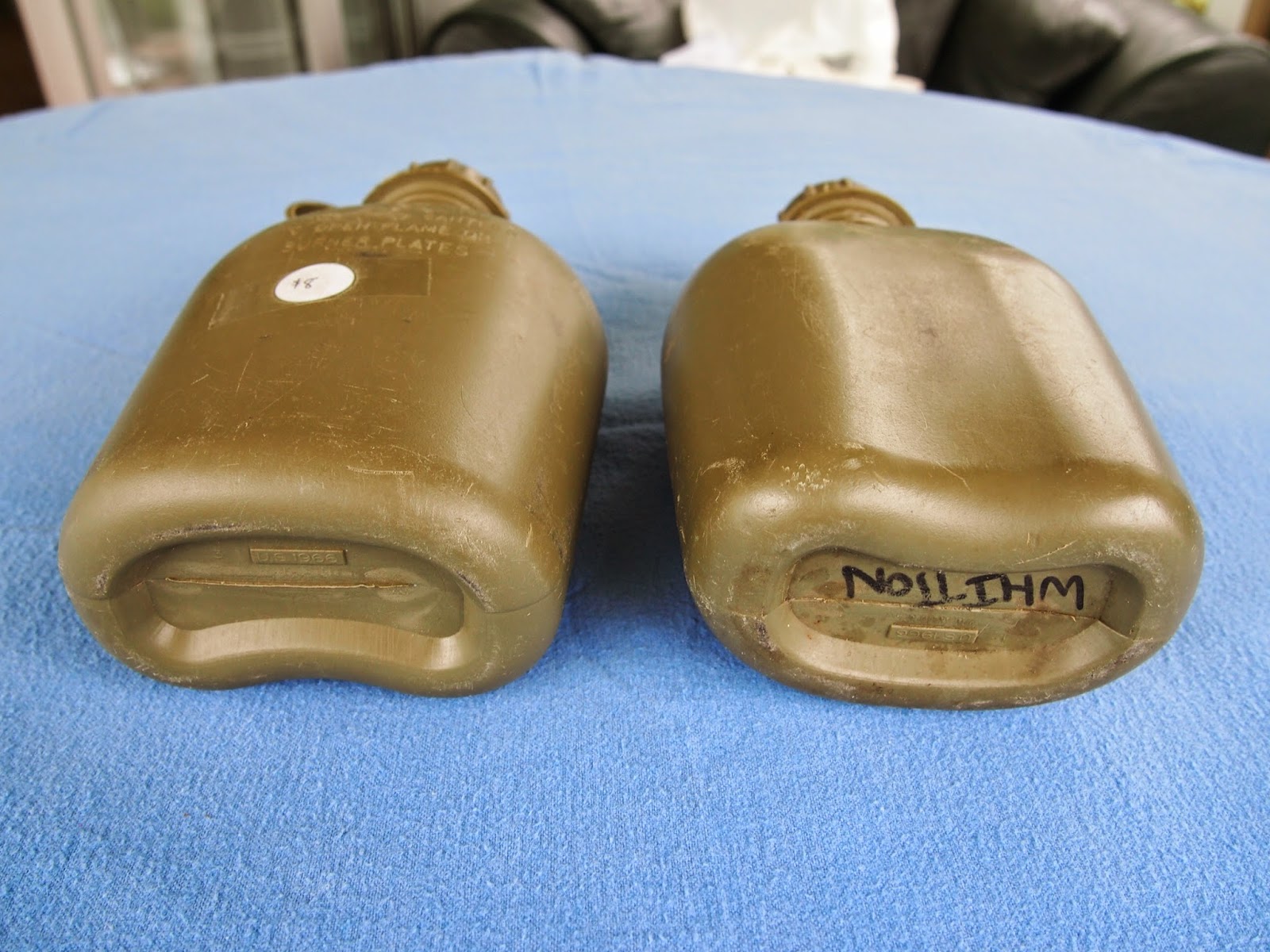 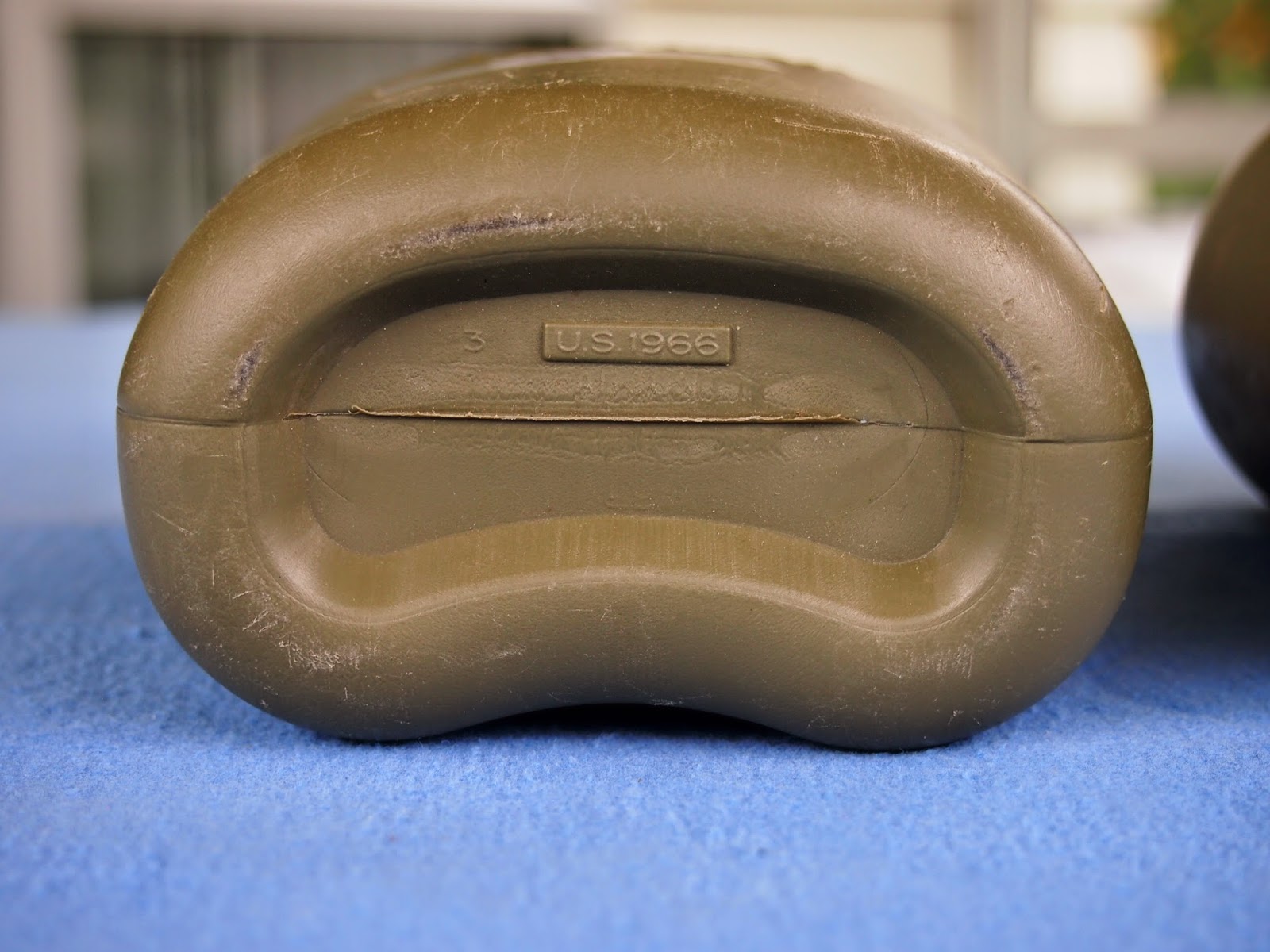 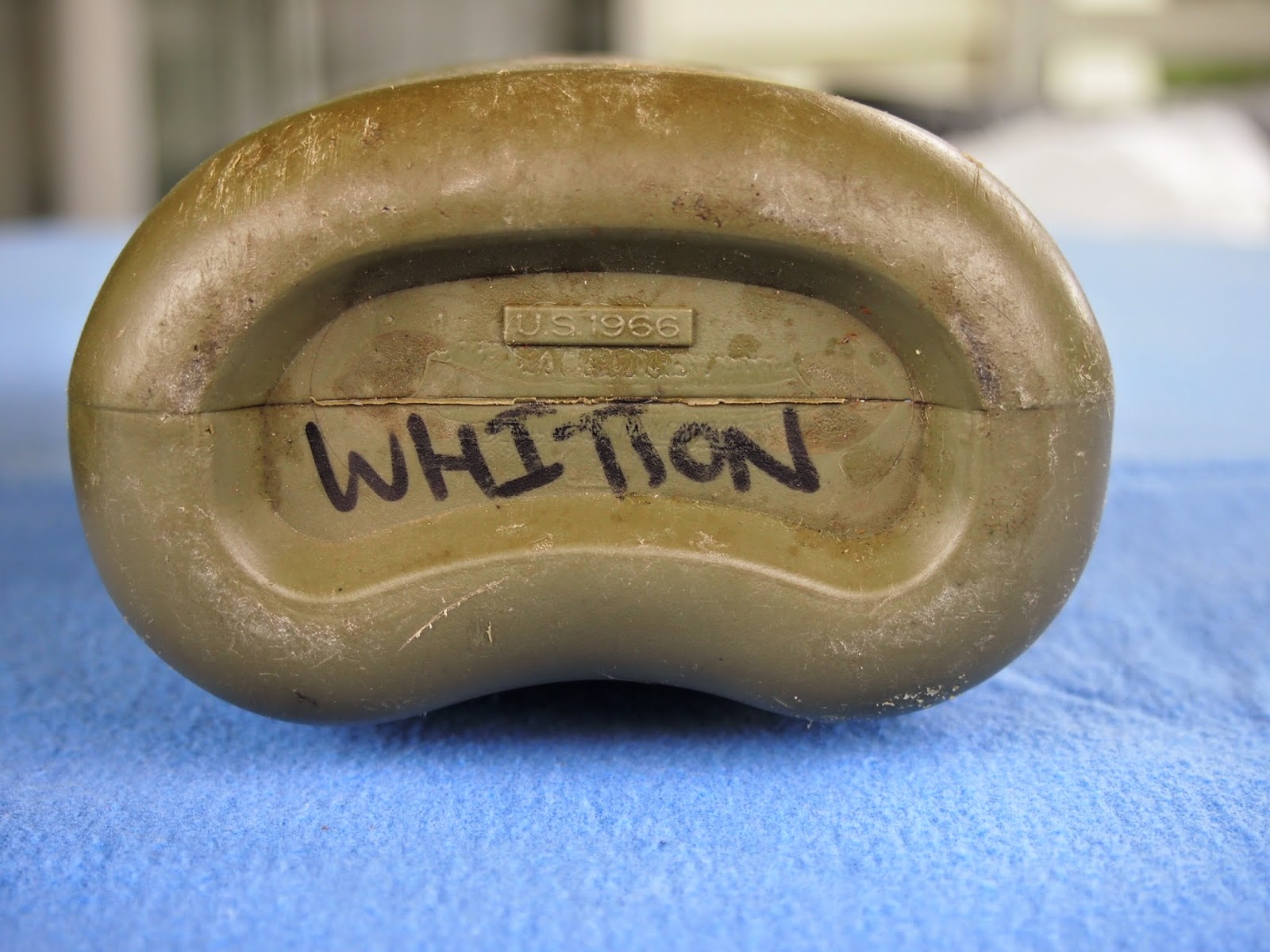 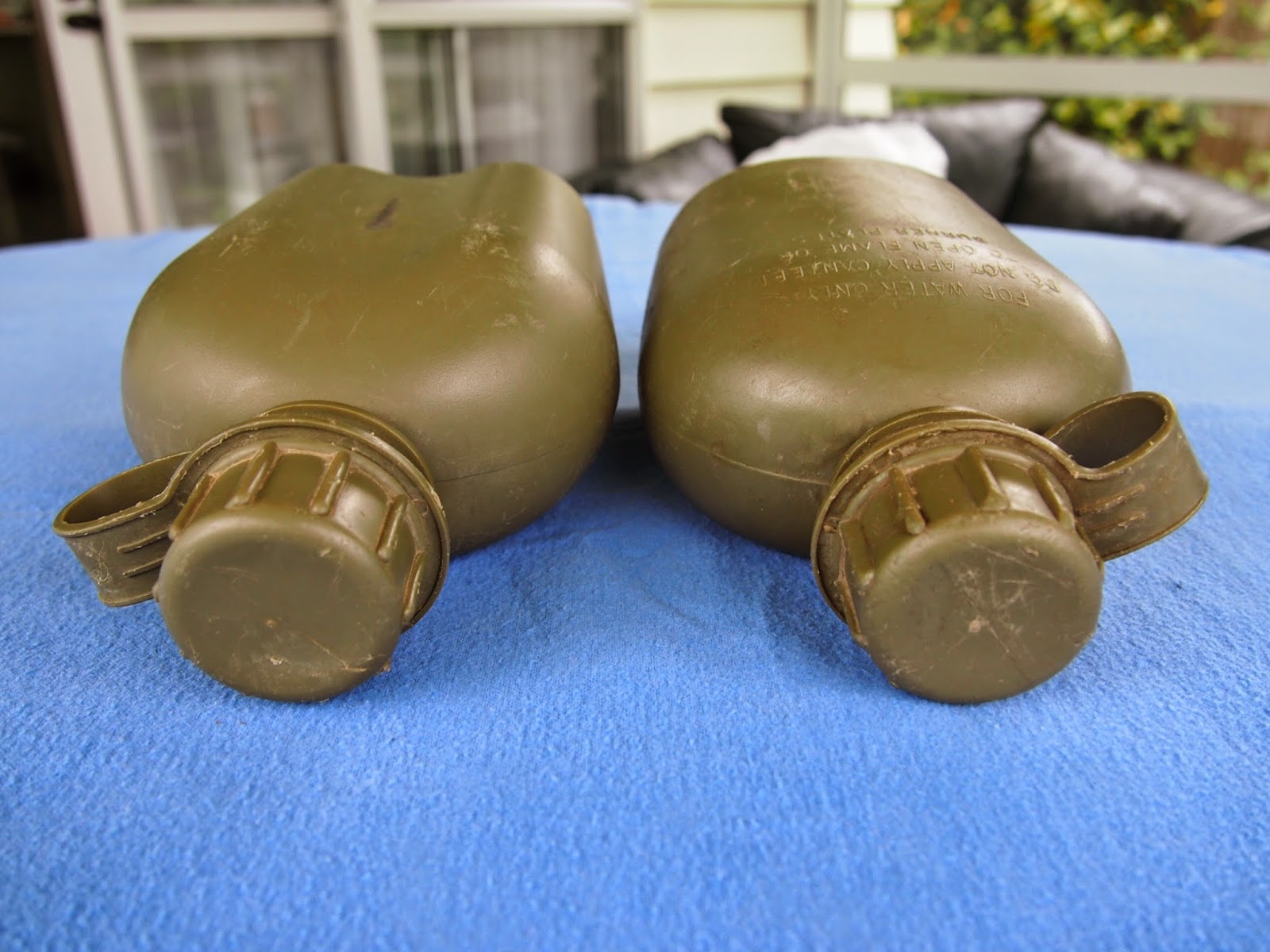 I again will need to look for some covers for them.

There is an Army/Navy surplus store in town which I often spend ten minutes at just looking at the surplus items. I don't want to buy anything as I find it interesting to just look, and usually decline the staffs attempts to help me. However I was there a couple of weeks ago and noticed the pile of what looked like Vietnam era US water bottles. When I got home I checked some references and found that they were the real thing.

While checking some air-soft sites for other ideas I started to get interested in M16's. I have found that some are mislabeled while others are just poor copies of the copies. I would have to be careful to buy the correct type if I decided to do so. I also found my 1911 Colt Air-gun is a very poor imitation of the real thing.

Today I went back for another look at the surplus store and while checking the helmets for a front seam, a staff member tried to help which I first resisted. I thought the M1 helmet I was looking at was WW2 as it had a rear seam. He then informed me that VN era helmets could have two different places where the seam was at the front, and I was holding a Post WW2 Korean copy with a liner from somewhere else. He pointed out and I.D the straps and clasps which really impressed me. I then decided to trust the guy with my idea of getting some items to display in my new games room.

I found out the Vietnam has just become collectable which was a good time to start buying (sucker am I?). Anyway we had a look at the other helmets and found nothing suitable but he said he would pick some out from his storage lockup for me to see (no covers unfortunately). We then had a look at the water bottles which were pretty rank so he again said he would pick some out. Again no covers but I think my brother has one from his Army Cadet days so I might be in luck.

We then had a look through the badges and he picked out a 101st badge which is genuine with a flash which may be either late VN era or just a bit later but looks correct. He also found a Tropic Lightning Badge which I just stopped myself calling it an Electric Pineapple. He said it  was also genuine. I have to trust him as I know next to nothing other than from gaming references. 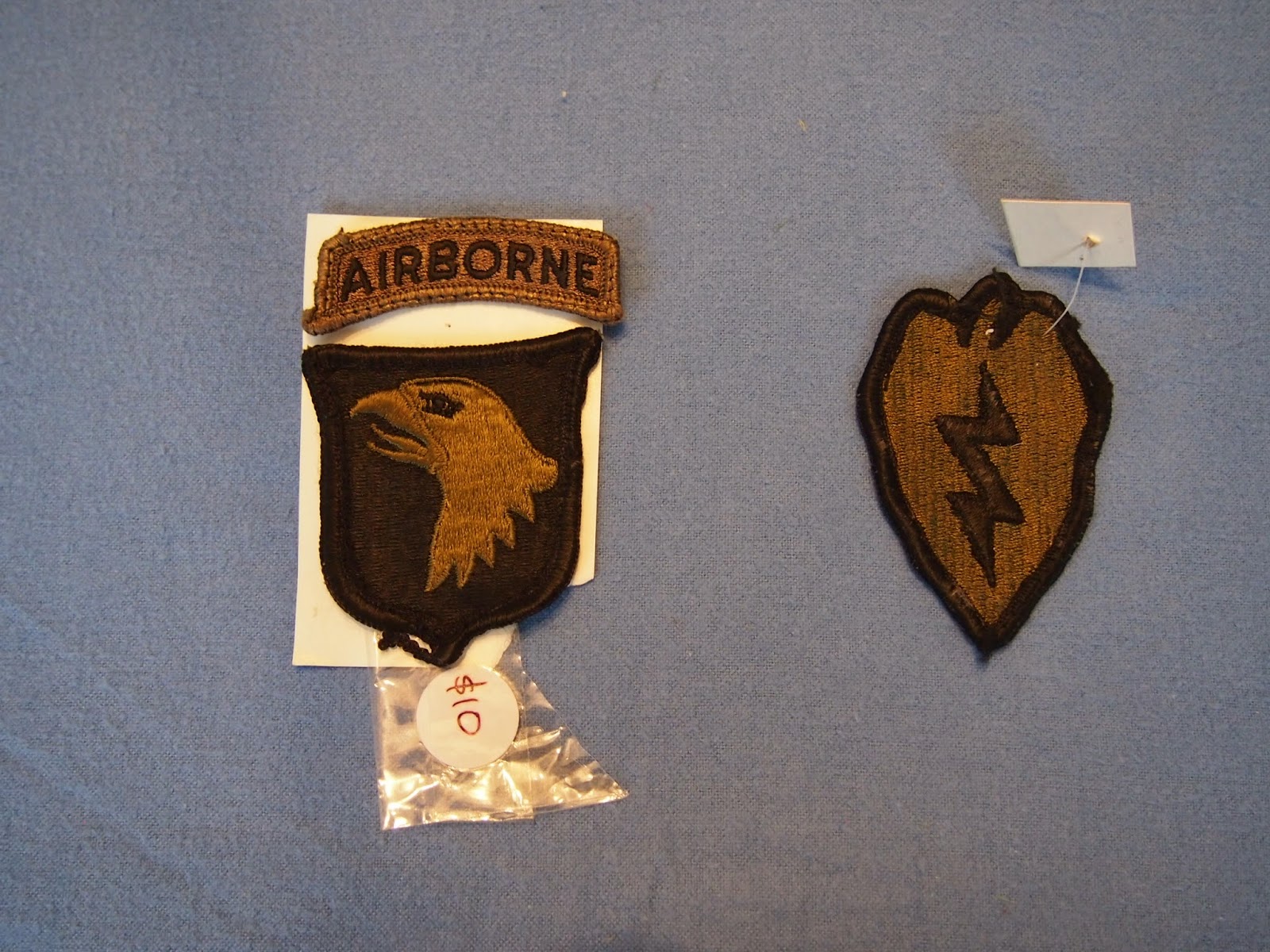 The guy then reached under the counter and brought out an entrenching tool which he had hidden away for a collector. (he did not want someone digging his garden with it). Its an m67 version with 72 punched on it. Its later than I wanted but he did not have a nice looking earlier version. The tool has been repainted to cover up some rust but you can see that the blade has no wear and tear on it at all. The cover is in really nice condition also. 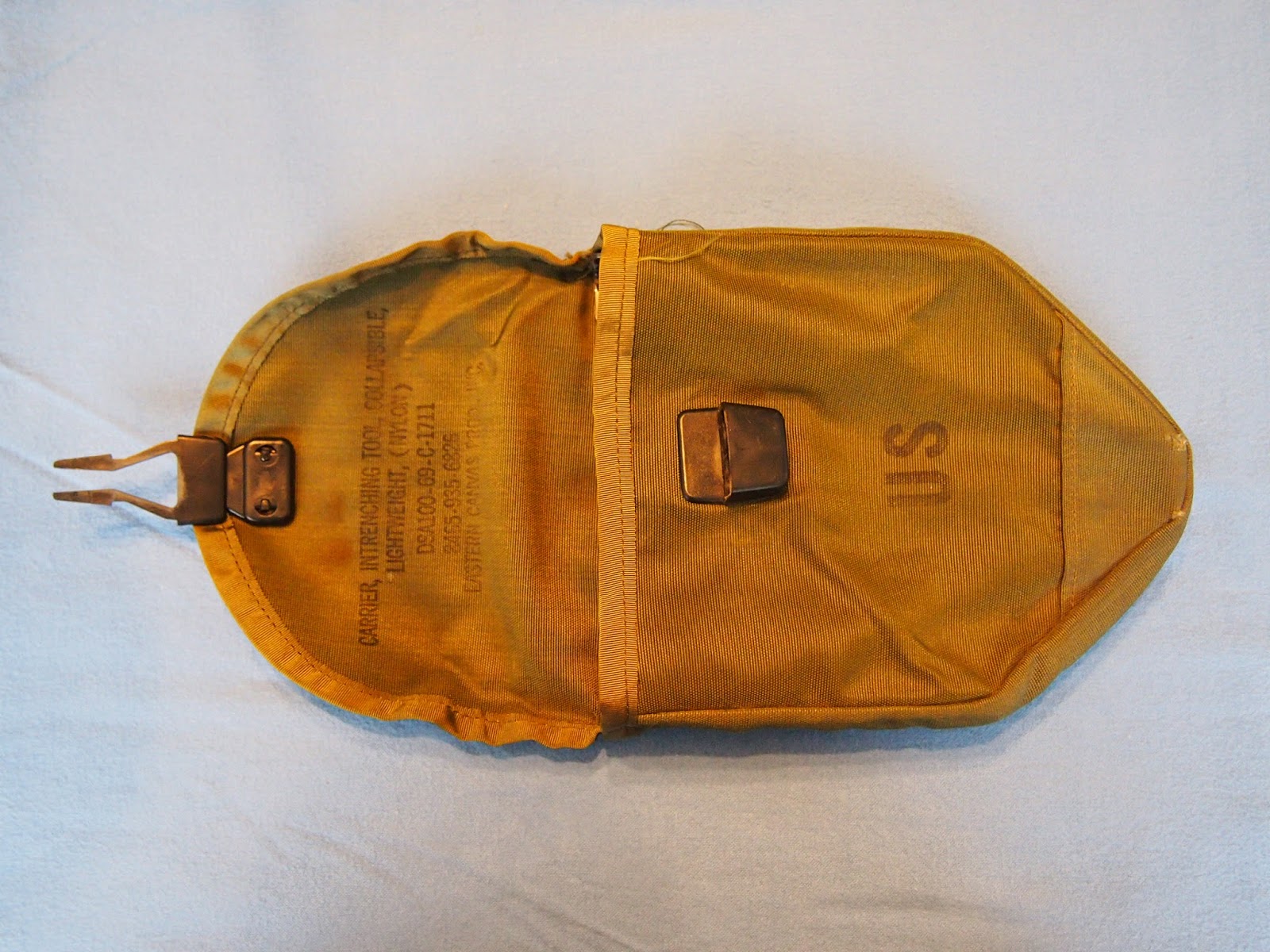 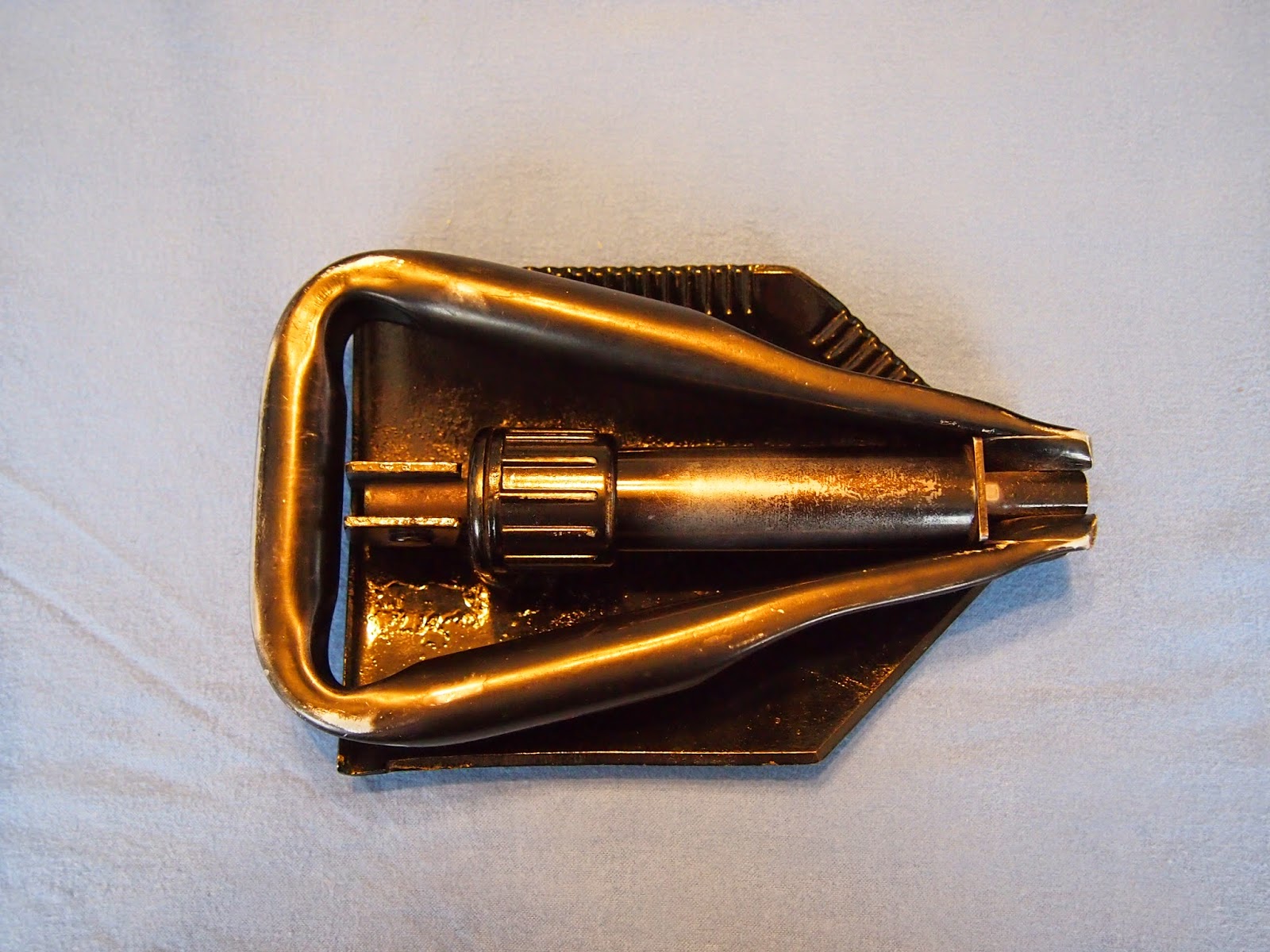 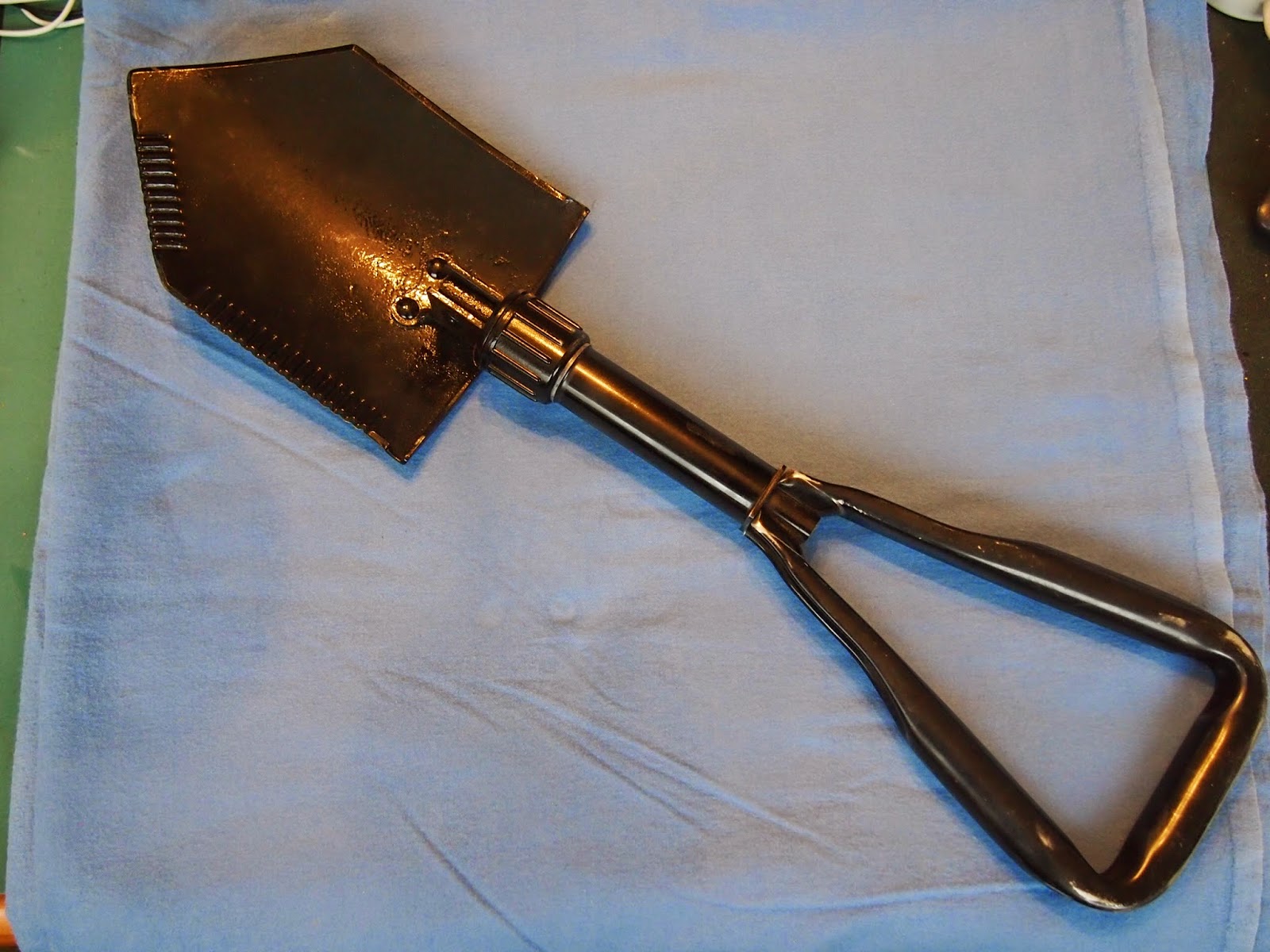 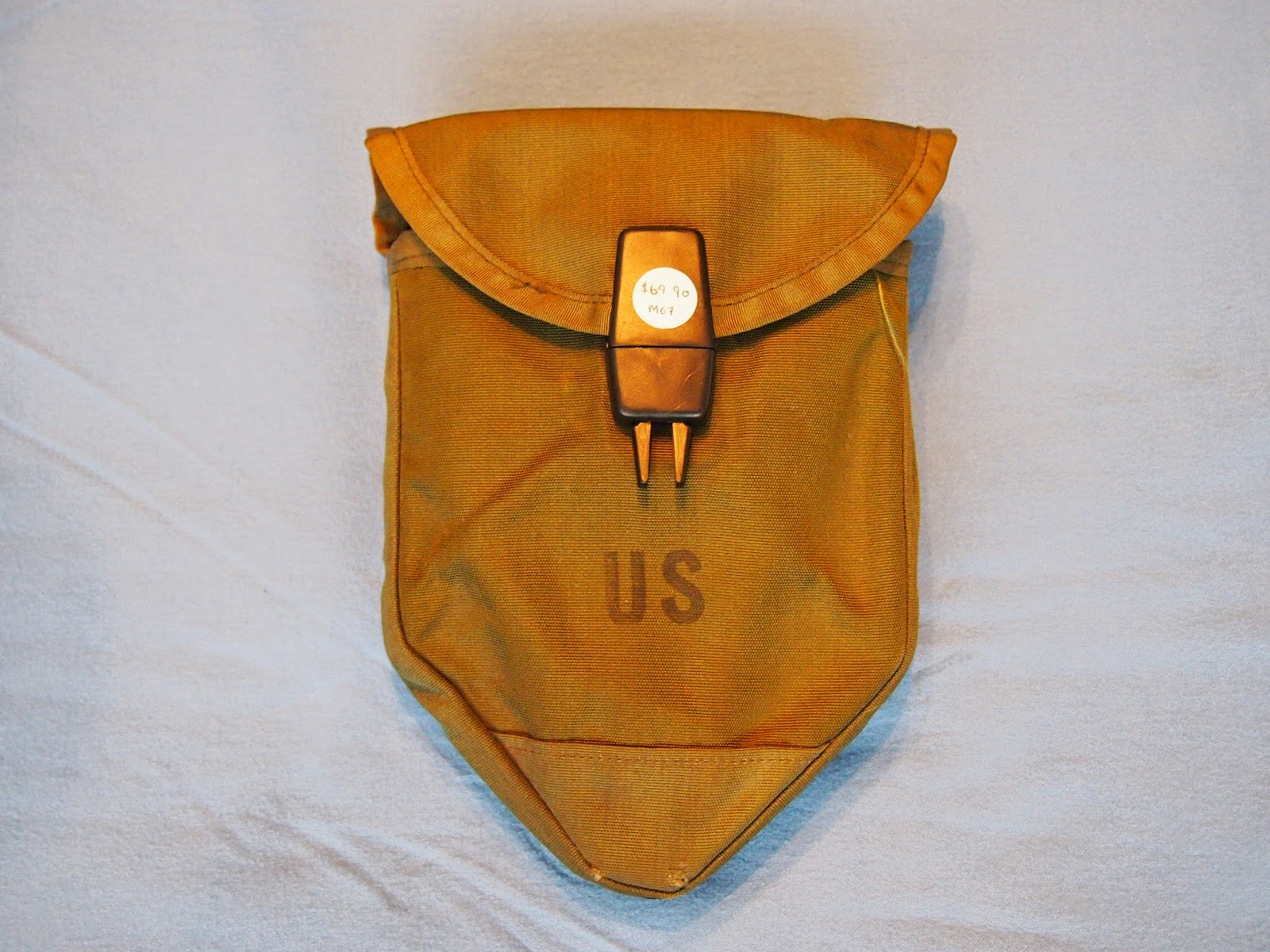 I hope he gets back to me soon as he was also going to see if he had any uniform items stored away. He seemed very knowledgeable as he had been buying for twenty years and sorting out repro, NZ Army supplied uniforms etc and knew a bit of history as well.

What am I going to do with this stuff? maybe get a mannequin if I get enough for a complete uniform or otherwise hang it on my wall. I could even wear it at a convention while gaming Vietnam.

EDIT, looked at a Thai Uniform which I was given at the Udon Thani Army base in about 2004 by my ex-wifes cousin. It has a DLA-100-94 contract date on it so did a little digging online and found.
"The Defense Supply Agency was replaced by the Defense Logistics Agency in 1978, but that's about all that changed. DSA 100-75-C-0000 is structured exactly the same as DLA 100-89-C-0000: the second set of digits in the string is the fiscal year."

Inspired by MadMaxVsTheHumungous I decided that I needed to add some Cars and other vehicles for a bit of Road Combat to my Future War collection. To fit in with the other figures and vehicles that I already have I needed to keep the weapons similar. I also wanted the look to be a bit more modern than the eighties and earlier cars portrayed in the movies. However I still needed an Interceptor and found a Matchbox Kids toy with swappable accessories which just happened to be on sale at the time. 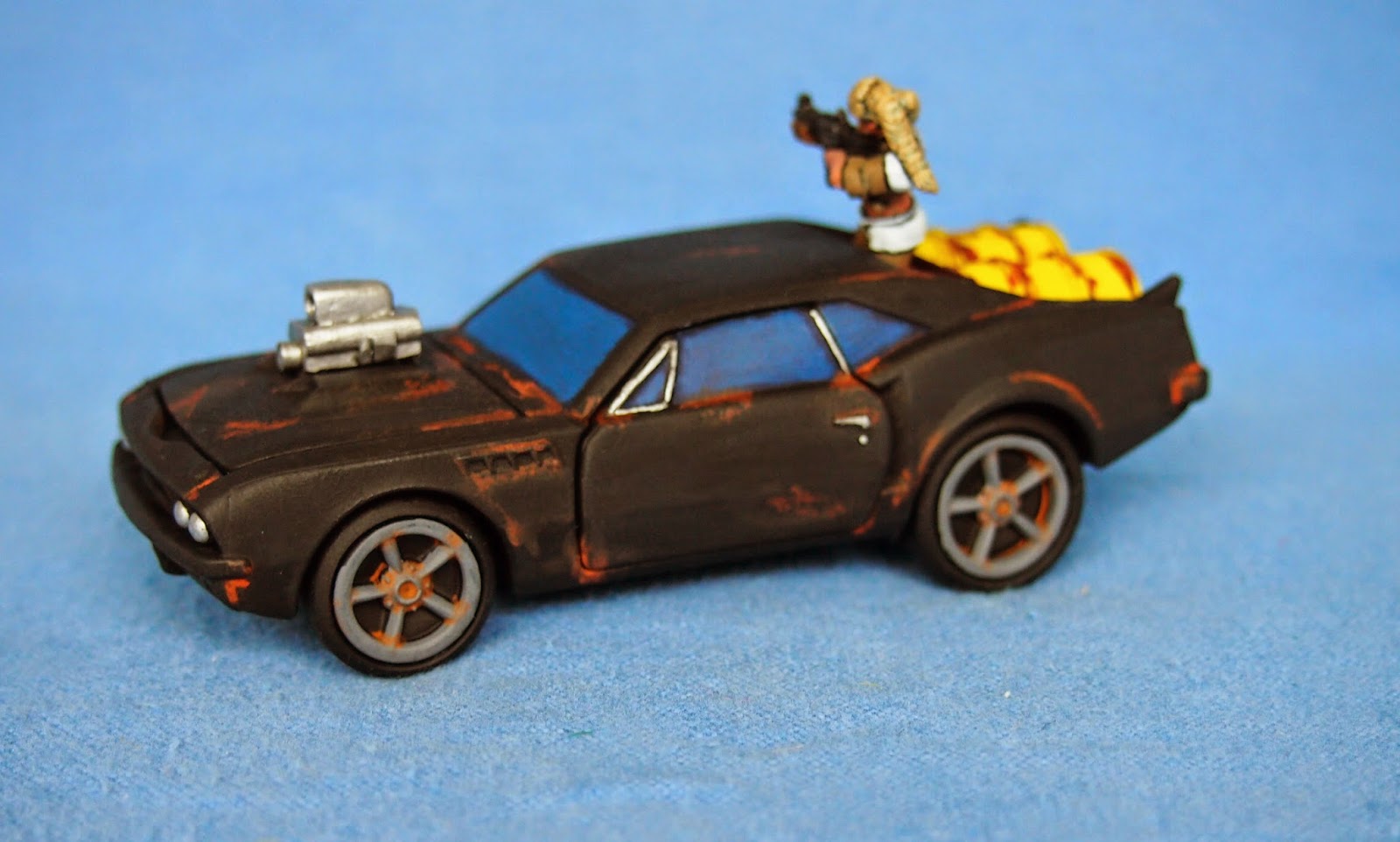 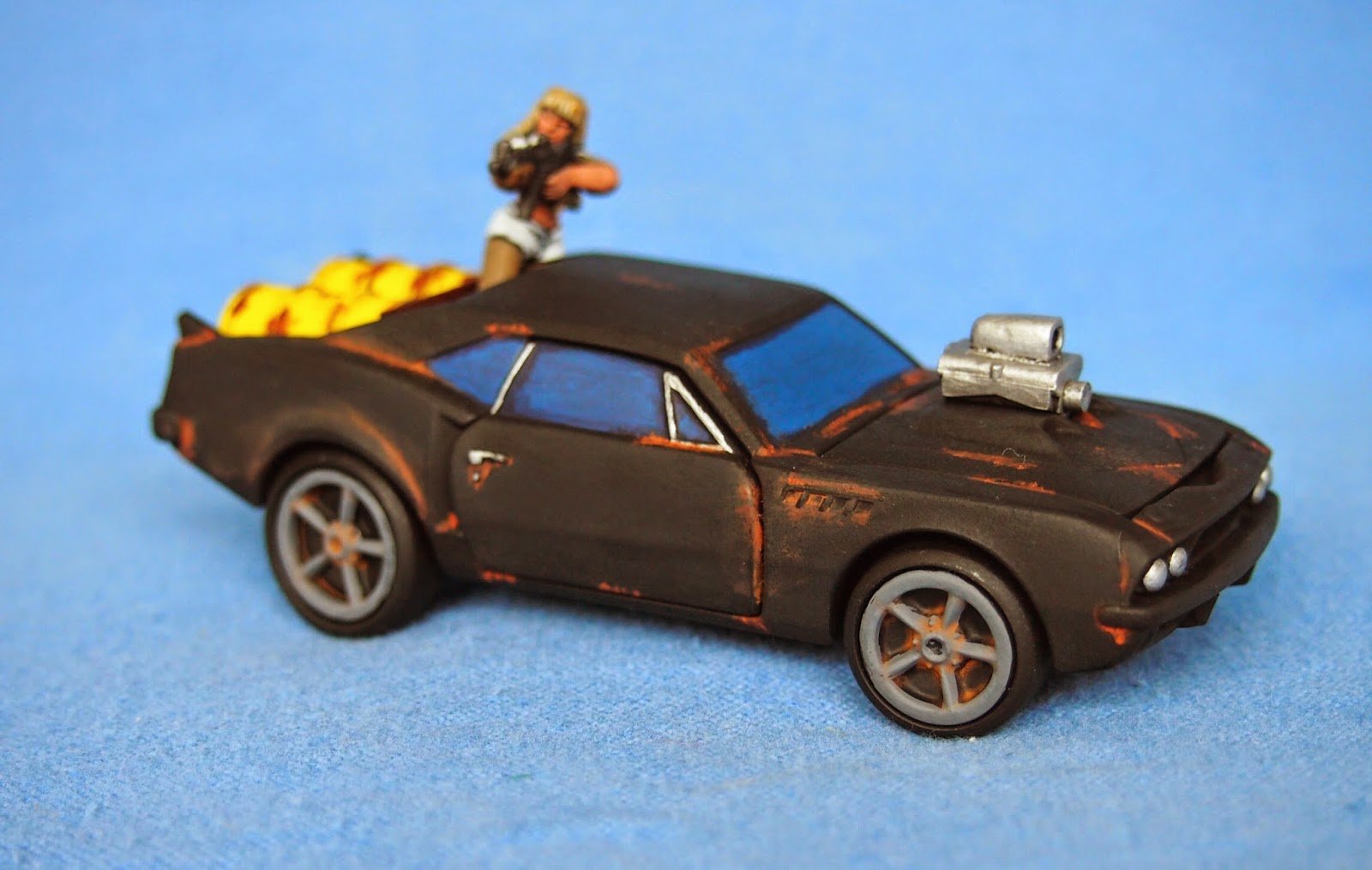 I had a discussion with my brother over what this vehicle was meant to be and we thought that it was a mix of makes. My brother owned a Ford Falcon XB GT Sedan and has an early 70's Mustang, I owned an XC sedan as well so we both knew that it was not an XBGT Fastback. The closest that we can figure that its similar to an Camaro with the back jacked up. I also think that there is something Ford like going on at the front end. 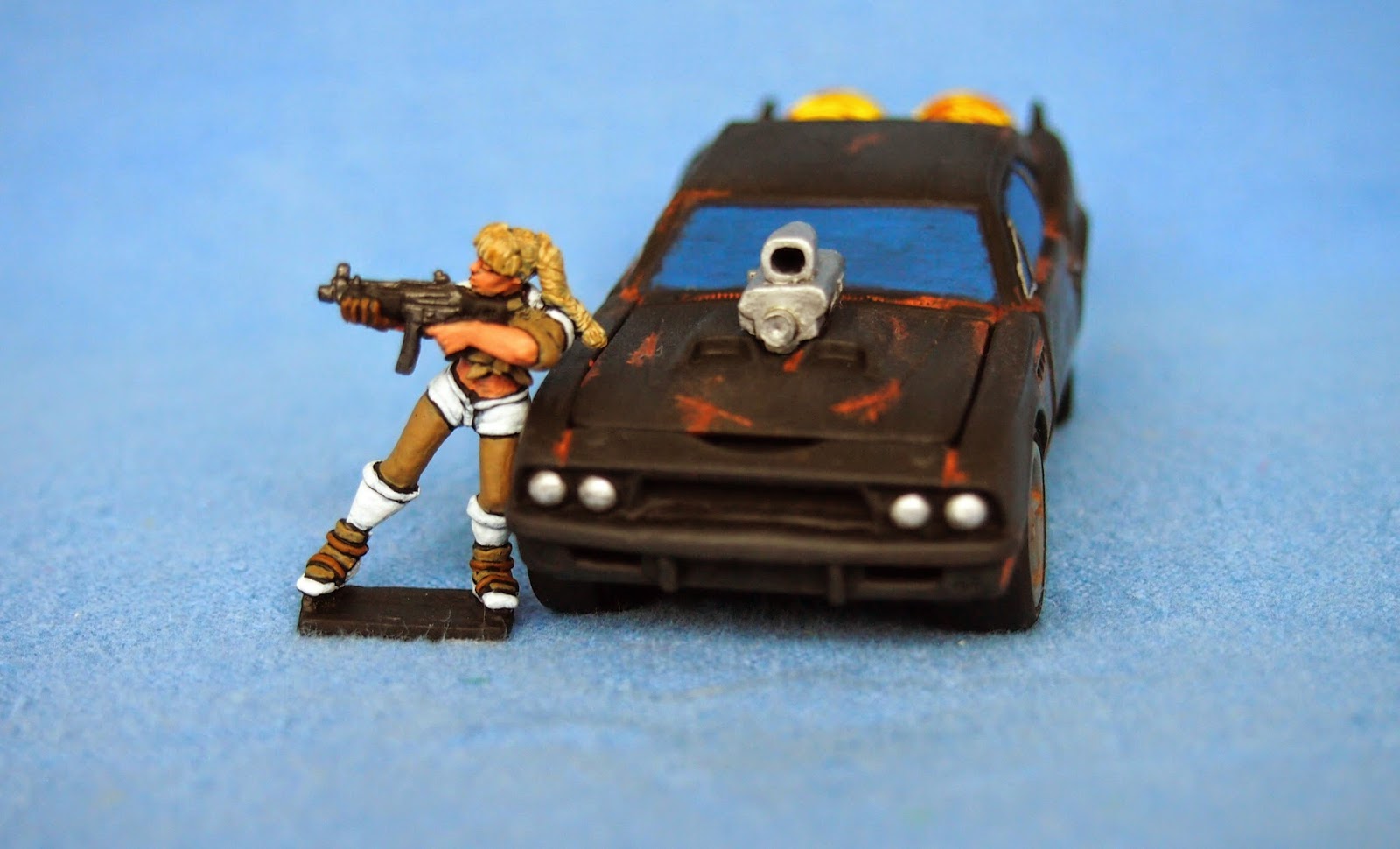 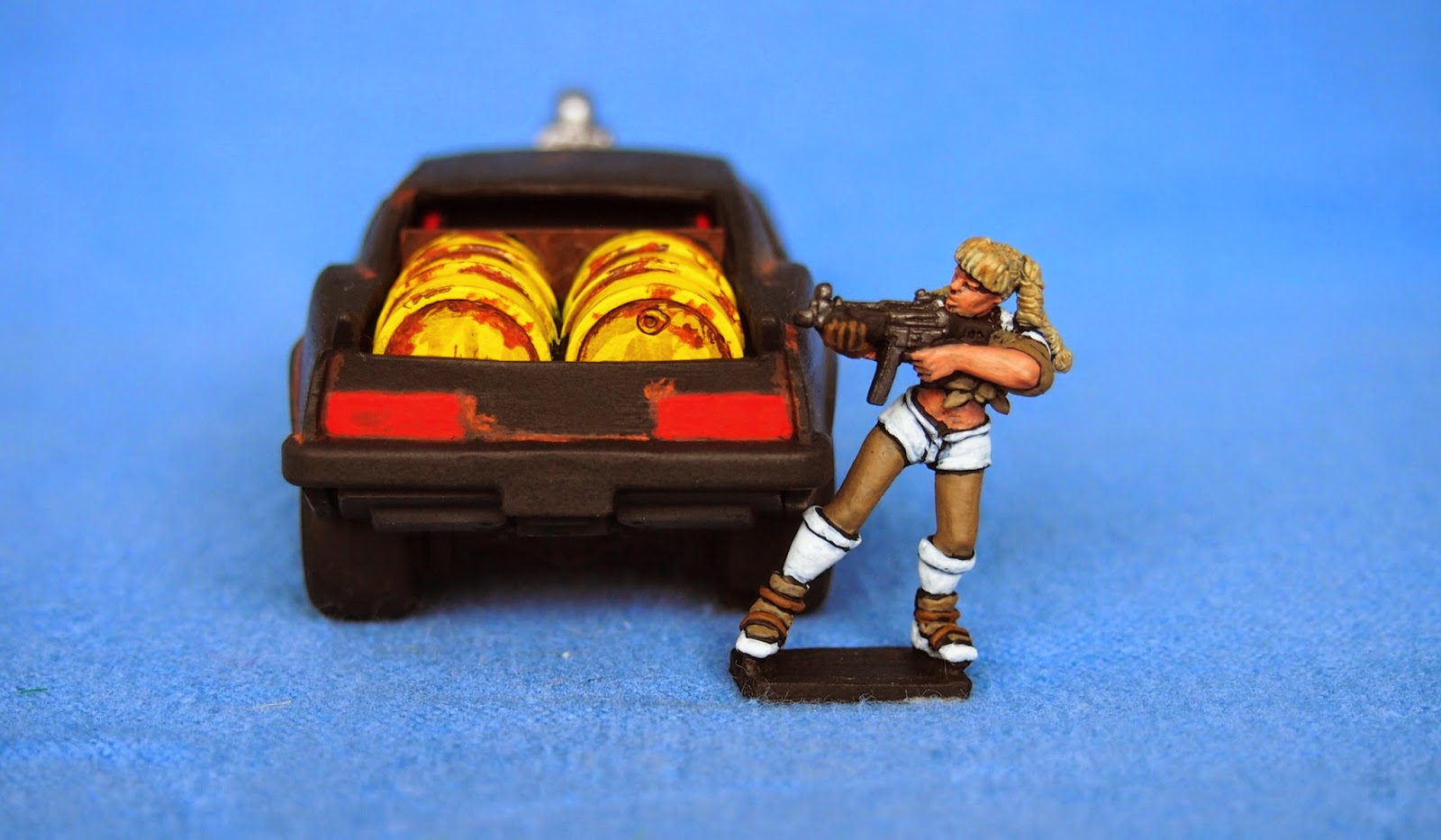 I added Warrior Woman as the Car needed some armament. I added some more details with Greenstuff. Max can also fire his shotgun out of the side windows. I have a Reaper figure of Max painted up in a drawer somewhere. I normally use him as The Terminator and plan to get the Studio Miniatures version to use as Max. 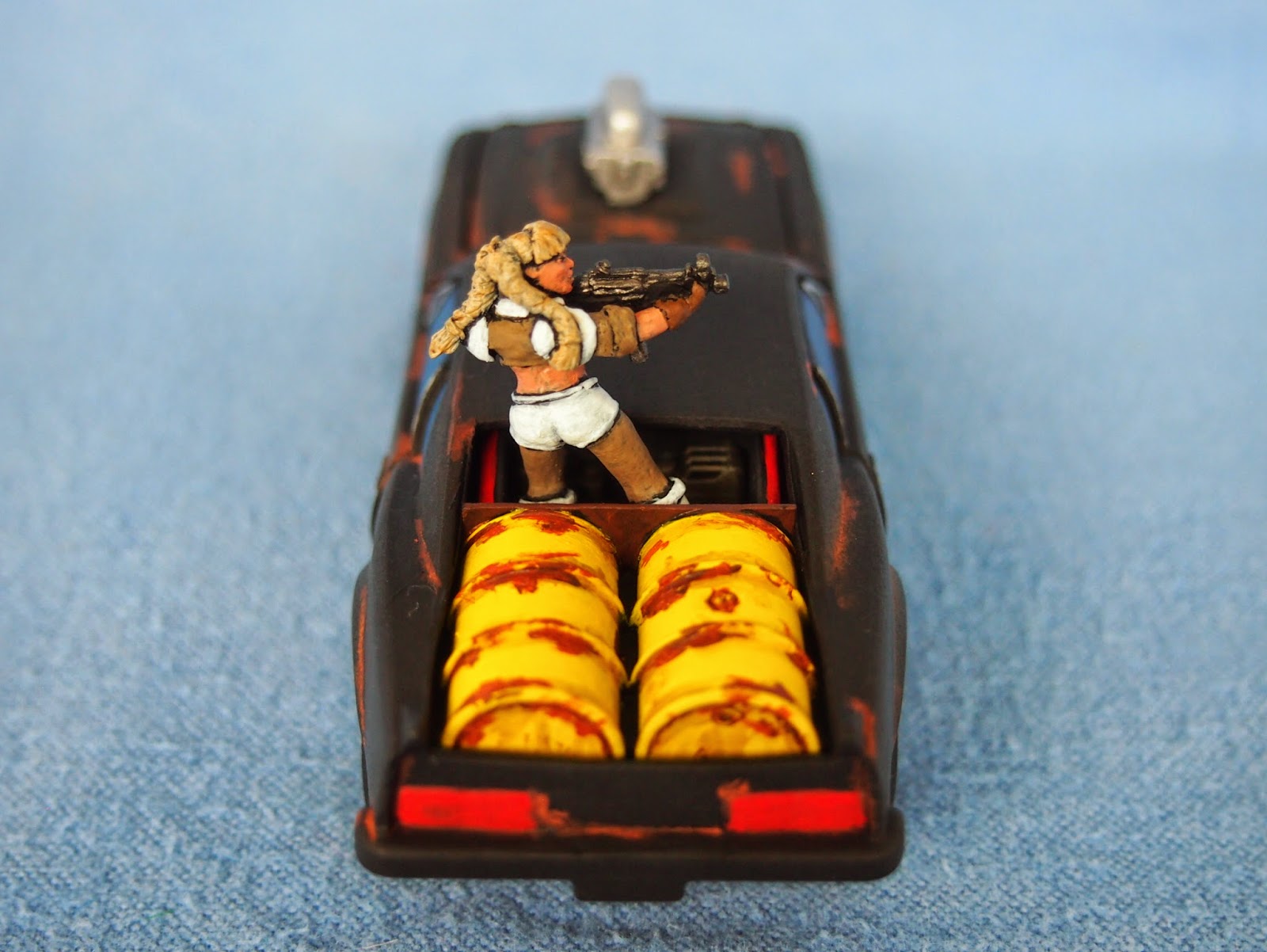 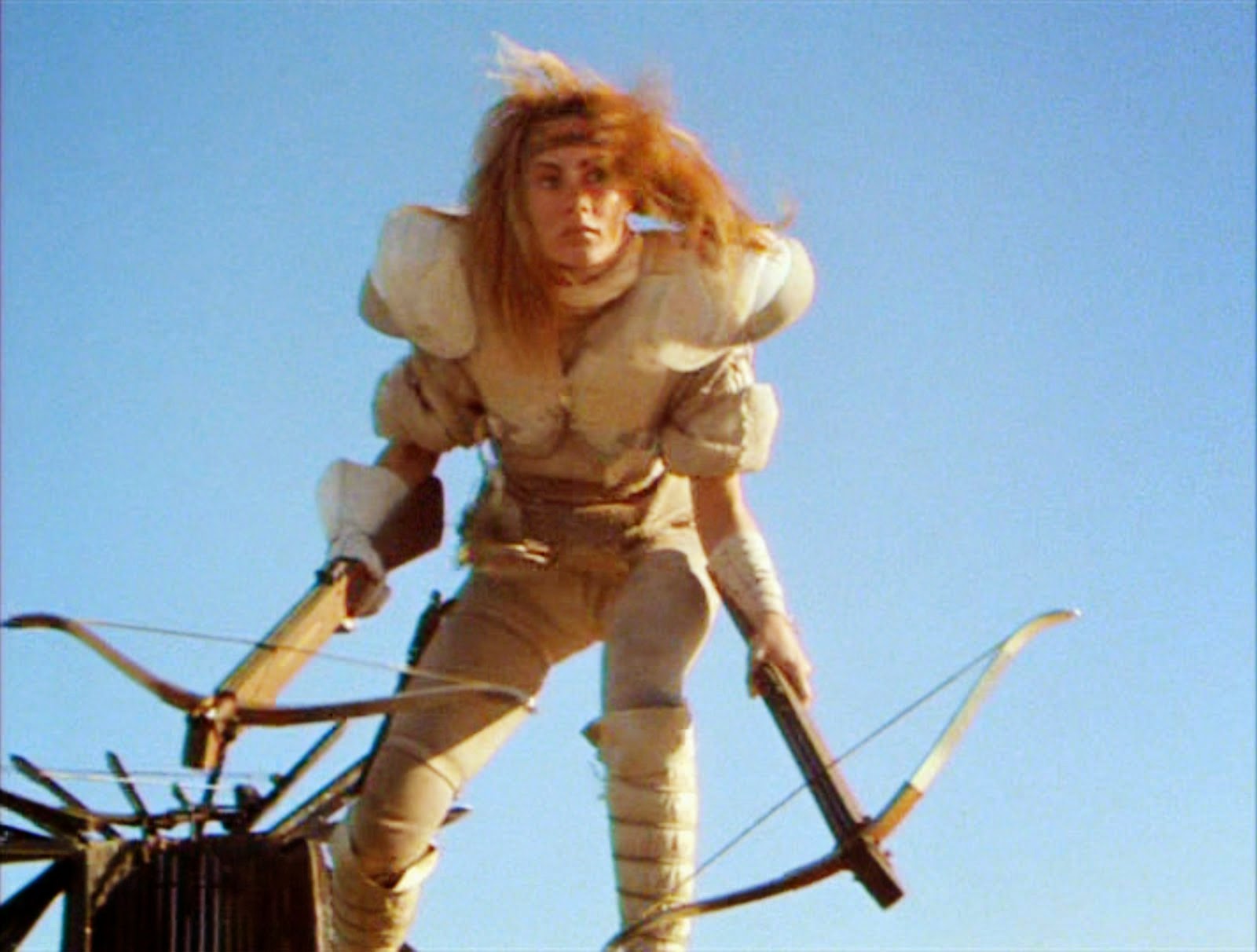 I've had these figures for a couple of years with no idea of how to paint them other than as generic flyer types. I then hit on the idea of using a Star Trek theme for the colours of the jackets but as they are wearing leather jackets I thought that this scheme would work better. I did not really get the correct look of the Monster Mauve but figure its close enough. 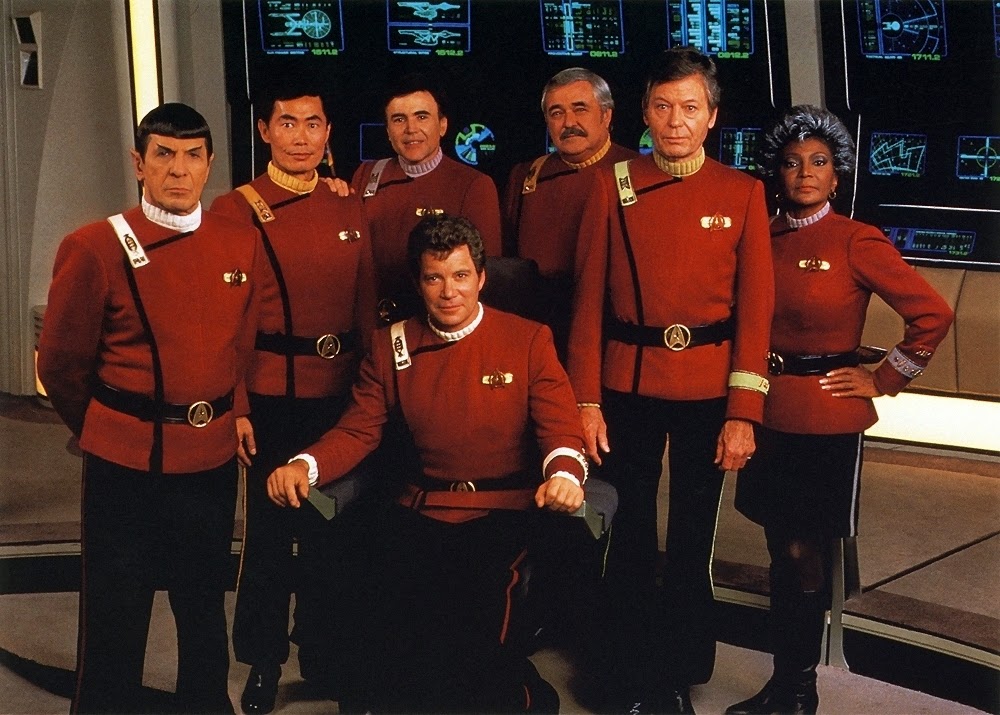 I used Red for the Security and Engineering figures, Light Blue for Science and Medical ( I will do a Dr figure later), Tan for Navigation and gave the Commander Green but could have alternatively used white instead. 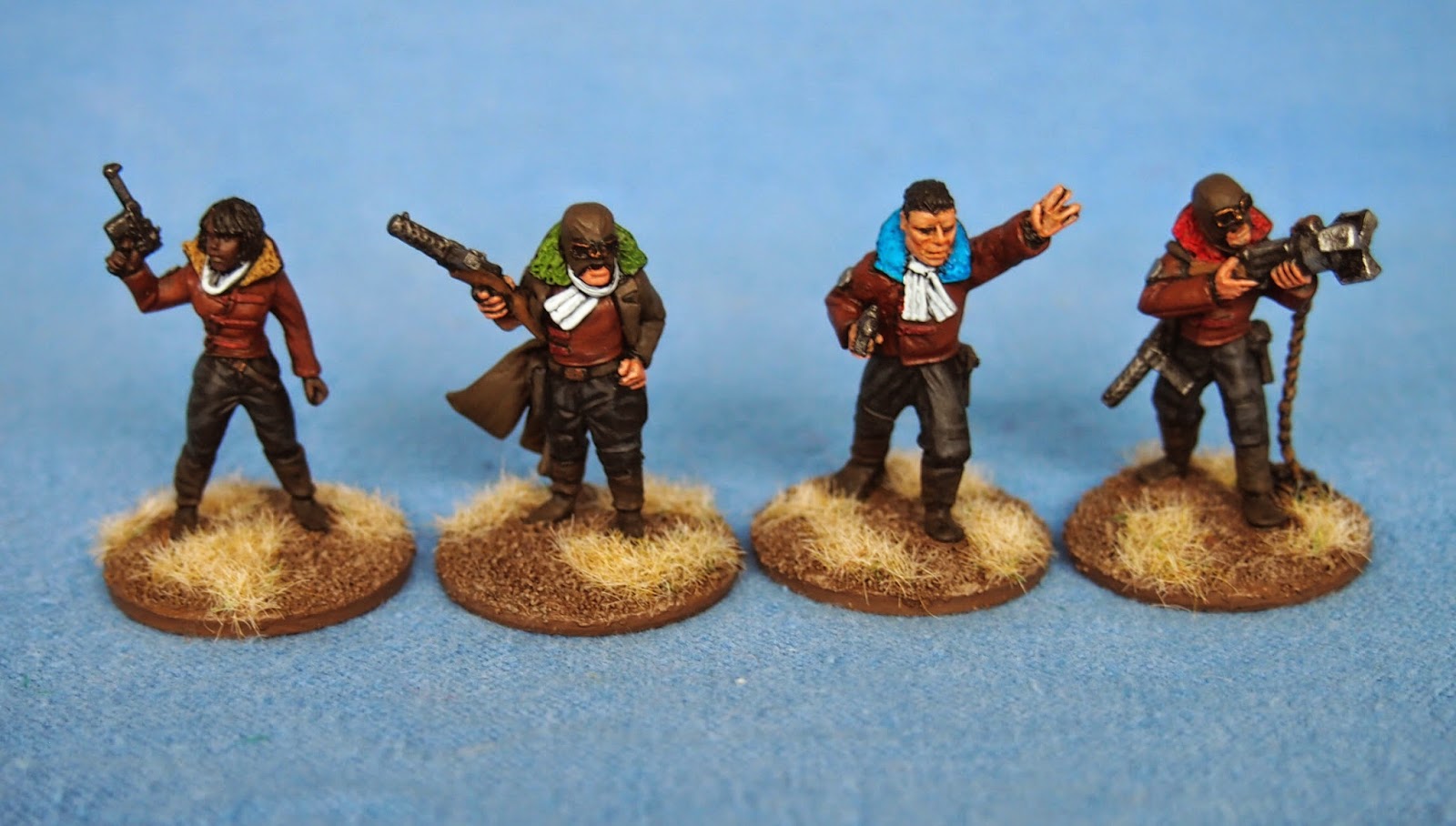 I have an idea for a suitable Aircraft for these, but as my models are stored away at the moment it will have to wait.