What I did on my Holidays.

Sounds like a School report! actually I have not done much in the way of gaming as I have been trying to sort out my section, which had gotten away from me with concentrating on getting the games room finished. Today is wet with gale force winds expected so I thought I'd write something. I have next week off as well to finish off and am thinking about getting a skip in to remove the rubbish.
The weather has been amazing most days as the Summer has started a bit early this year. The room is looking good so we had my family down for an inspection and afternoon lunch.

First job to do was cutting down some of the trees and shrubbery which is starting to block the Sun. Of course my partner wanted to take photos for Facebook. 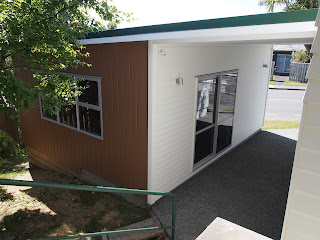 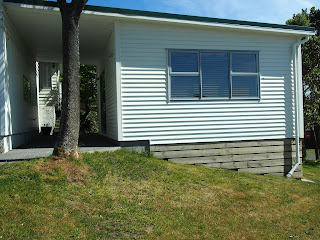 I have my Vietnam game setup which also has the finished emplacements utilised. The base is called Firebase Nixon but I had to explain the joke as no-one observed the shape of the Mortar pits leaving me to explain. I also had a game using just tanks to see how the CDS rules handle them but used Bolt Action dice for activation. The US lost badly which was a surprise! (The tanks still need to be painted). 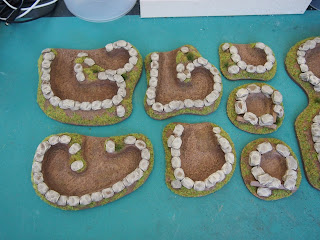 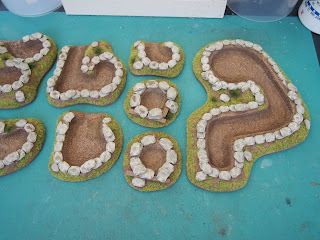 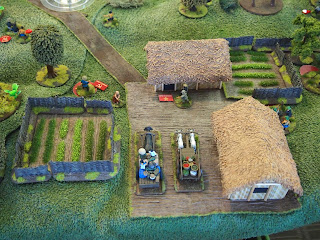 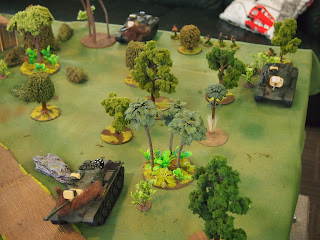 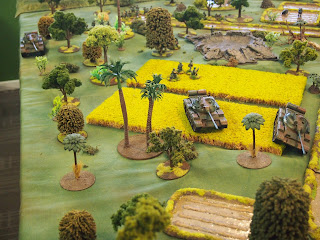 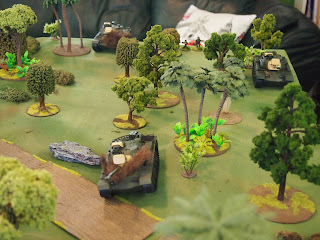 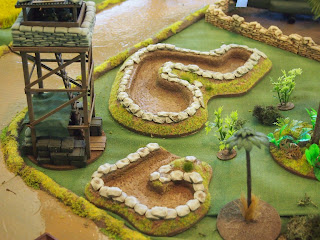 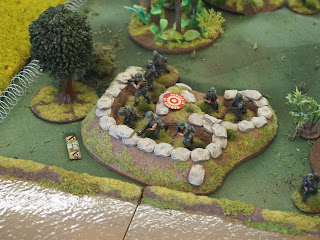 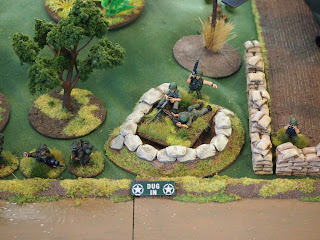 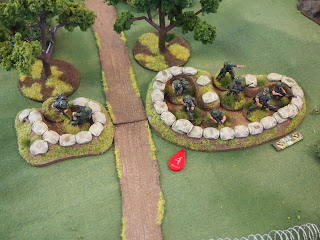 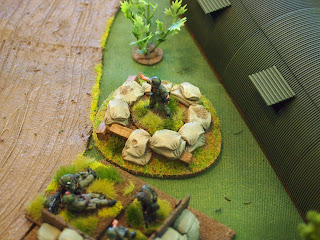 A few things that I have not previously photographed.

The last unit for my Spanish Napoleonic's Brigade. If I don't do any gaming with these before the next convention in August I will sell them off as I cannot get interested in this era without gaming it. 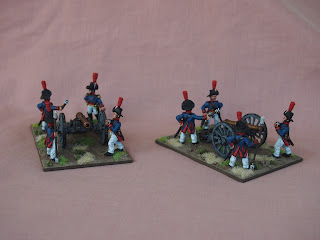 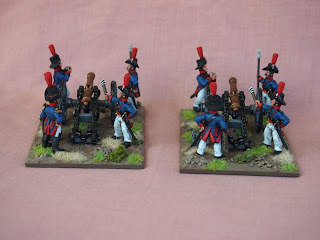 Prepainted Team Yankee vehicles. I bought a selection of Tamiya Paints to try and match this colour as I really like the look. I may try and do the more complex Camouflage on some units but will have to do more research. 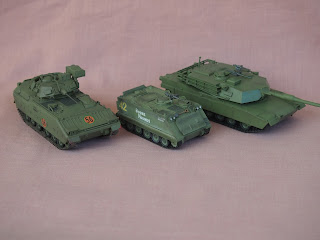 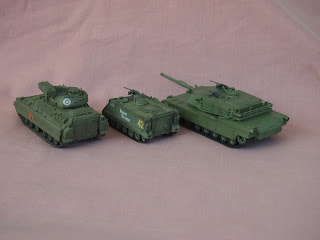 Part of my bridge for my campaign. Problem is I cannot find the other two parts which are from cheap plastic toy playsets which seem to be out of production. They are wider than the Airfix types and fit into this wood base perfectly. 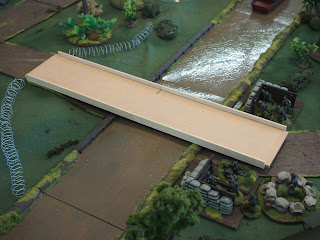 More VC on the painting table. These are local defense types with a couple of extras for the other units. 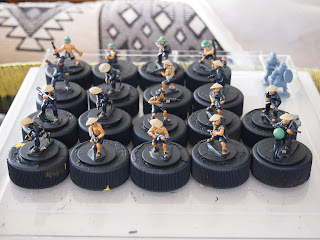 Some 20mm African types for my Congo what if project. 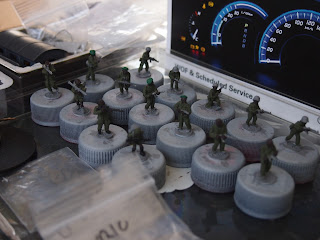