I finally finished my Puma. I had been thinking I should go all out and do some chipping and scratches on the paintwork but feel that I want it to look fairly new and looked after. The markings are taken from what I think was a 1SS Puma, although going back to the reference I am not so sure now. The numbers are a bit too large for my taste which came with the kit, and its too late to change them now. Not seen in the photos are the two front and rear wheels which I filled with Greenstuff which improved the look and which also added some much needed weight. I also added some weight to the interior using Greenstuff and leftover bits of lead casting. Yesterday I did the lightest possible pass with DullCoat but it still looks a bit glossy. Maybe I should have left it a week before taking photos? 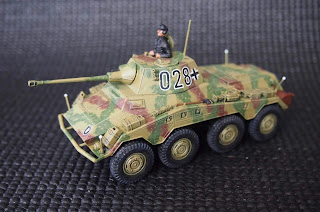 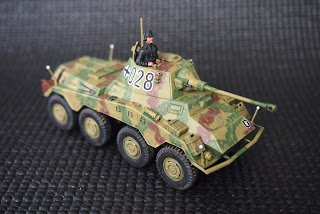 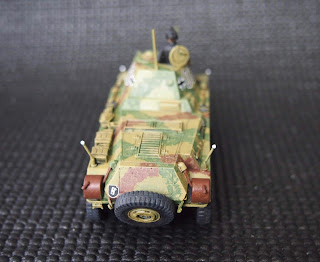 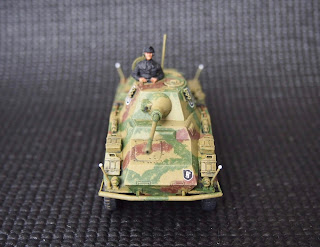 Just some bits and pieces I threw together to make up a load for a Wagon. I want to do a load of barrels for the other wagon but cannot find my sprues of Barrels at the moment. 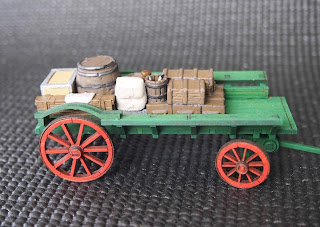 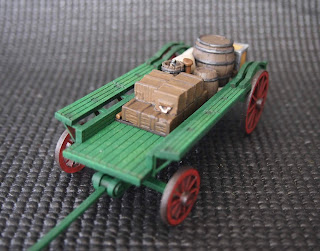 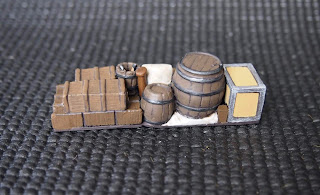 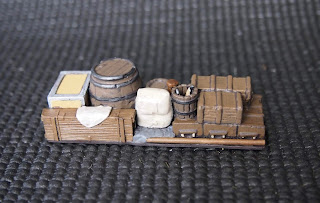 Well after complaining that I had not achieved much over the Holidays I seem to have completed several projects at the same time. I will be posting a few more items after this but spaced out for maximum impact. LOL.

I think I started Cruel Seas on Boxing Day, I already had the Starter set earlier. I got a Fleet from my partner on Christmas Day and then the other Fleet the following week on my Birthday. I enjoyed painting these up but found them more difficult than others as it seemed to take me ages to find a paint job that I was happy with. Or maybe its just the scale I am unfamiliar with?

I still have not decided on what mat to use for this and just used a Yoga Mat for the photos. I also have not printed out the modifications for the rules.

I built everything as supplied but modified the bases for the planes with Greenstuff to add weight for stability as well as looks. The Decals on the planes were painted by hand. Funny but I had no problems with doing the roundels but messed up the crosses several times. I did not seal the plastic or resin parts but selectively matted down the glossy decks of the Dog Boats and sprayed the planes as I felt they need protection. I had knocked over the Blenheim several times while moving it. I still have several MTB's and E boots to paint as I was waiting to sea what Gun options were going to be offered by Warlord. 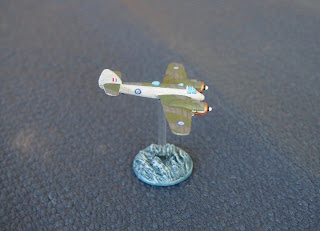 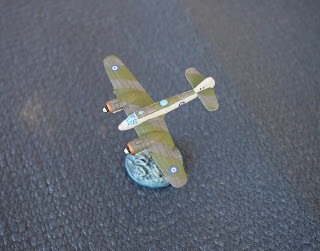 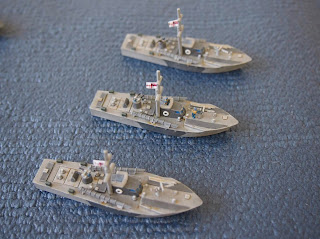 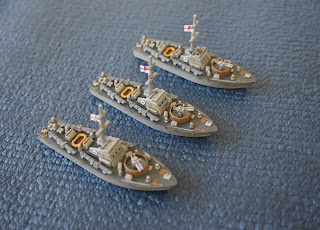 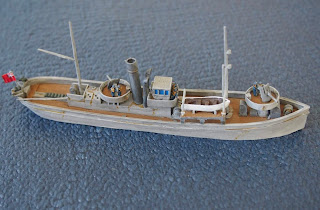 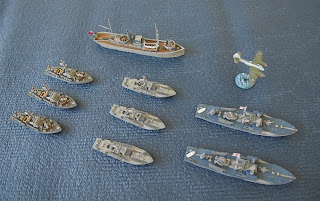 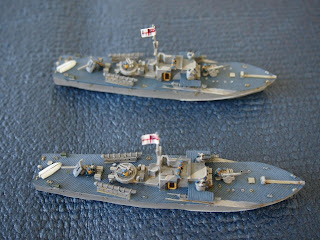 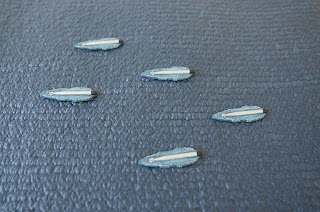 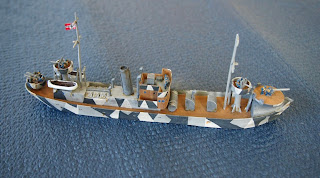 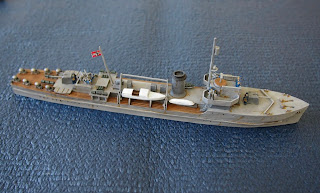 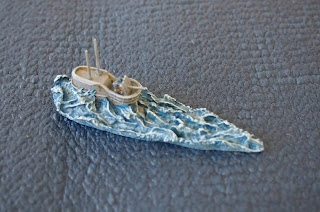 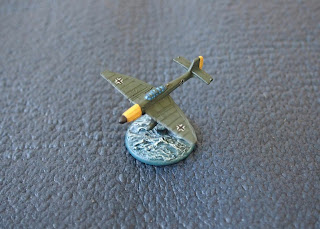 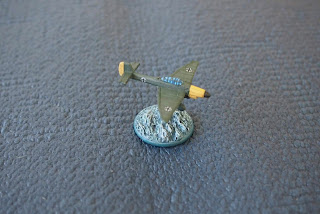 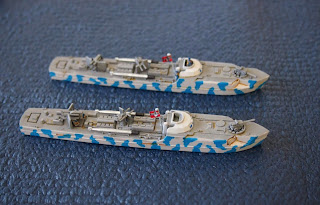 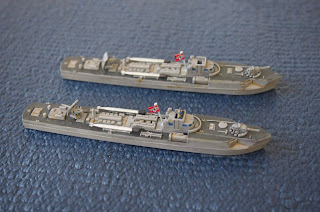 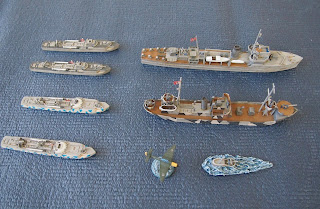 I took part in the Bolt Action tournament held during the two day Charicon Event.
I was not really prepared for the event even though I had signed up before Christmas. Originally my plan had been to use an American Infantry force with an M16 and two Jeeps containing Bazooka teams plus a Veteran Paratrooper section. However I did some playtesting against a German Veteran Force using a Panther as a proxy for a Puma Armoured Car. I found a few issues with the force, mainly the very old paint jobs and my use of 1/50th scale vehicles so decided to go with the German Force instead. Now my Germans were painted over ten years ago but I was still very happy with them but needed to paint up a Puma quickly. The Friday before I managed to put the wheels on the Puma (which are still unglued) and did not have time to any camouflage other than a black wash (which I created myself).

My Force was Veteran German Infantry of three full strength squads which had 2 LMGs, a Panzerfaust, an assault rifle and a SMG for the NCO. I had two HQ's which I found out was over kill, an HMG and the Puma.

The first day I had two games which I lost. My first opponent was very patient and explained the rules which I did not really know having only used Version 1 for solo games. He used a Russian Infantry Force but as I forgotten to take my Camera with me the first day I did not get any photos of them.

The second game was harder as my opponent was a very competitive player using Japanese Infantry. I found out that I had  mixed up some rules with FOW like pinning. One other thing that caught me out was he had 7 Infantry-men standing in the open as close as he could move them to me. I thought I could shoot them easily but he pointed out that he had six men in a building and two with bases just inside the building making them all in cover. Later I thought I should have called him on the two partially in the building. So many options for adding secret Police etc that I could not really get an idea of what figures belonged to what unit.

The second day I took my camera but was too busy to take many photos. The organiser had also said that we could change our forces around as the Tournament was being run as a casual one. One player was using two Armies plus another had to pull out on the second day due to the weather. I had decided to drop my second Hq and split my squads into two giving me six sections and using the spare points added a Mortar (mistake) with spotter and more assault rifles.

The first game I played an old friend who used to Play Test FOW together. It was just like old times. He was using British Paras which I managed to out manoeuvre to just get a win.

The last game was against an old Club mate who I had not seen for at least ten years. He had a really impressive Early German Infantry unit with a couple of trucks, a Panzer IV and an Armoured Car.  The Scenario was Envelopment. I was successful in keeping his units out of my deployment area and destroyed a section but he won by driving a truck off the table. I guess I was concentrating too much on trying to kill his Panzer IV and the armoured Car. I had the armoured car pinned for most turns but my Panzerfausts never hit anything all weekend. The Puma was also destroyed in a shoot out with the PIV.

All in all a good weekend where i learnt quite a bit. I took some of my terrain along but was too late to set it up as the organiser had already done that and had enough. I was very happy with the Puma but may downgrade the Infantry to Regular and add a Hetzer and a SDKFZ250 and will definitely drop the Mortar. I may have to drop some of the squads to achieve this. Alternatively I may just go for an Early German list as I have plenty of Early War vehicles and tanks painted up. 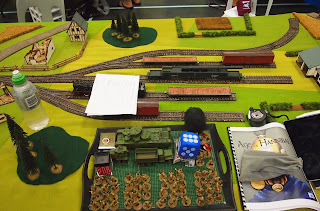 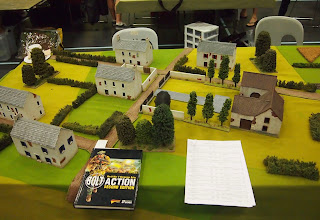 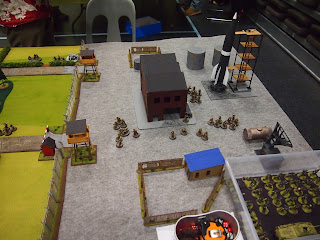 Life got in the way. How often have I seen that when reading other Blogs?

I often wonder just what that means as its usually left unexplained. Well life has been getting in the way of the hobby for most of this year for me. Over the Xmas break I had been working in my Garden while we had good weather leaving me too tired and hot to paint much at night. Then as soon as I went back to work I had to help my partner tidy up her house as she was changing rental agency and getting new tenants in. We worked a few evenings and weekends hanging curtains, touching up paint, fixing squeaky stairs and tidying the place up. Sounds easy but when you are unfamiliar with someone else property then its harder than working on your own. Then the Friday before Charicon I was advised that we were taking industrial Action on the following Monday and perhaps Tuesday. This was on my mind all weekend and put a dampener on the event for me but I don't think it effected my playing. I went back to work on the Wednesday which was uncomfortable and then at 4 o'clock found that a bus had hit the Car parked behind mine which was then propelled into mine pushing it two meters down the road and into the curb. I was in limbo for a week and had to hire a car so I could work. On Thursday I was advised that it will be repaired so I am still using a hire car. All this disruption has eaten into my time and patience for my hobby. The one high point is that last Wednesday I attended my New Zealand Citizenship Ceremony. Its only taken me forty years to get around to do this but totally worth it.
Posted by Daniel Wade at 22:40 1 comment: