I don't often have a problem with this hobby which cannot be solved by a bit of research on the internet. However after trying to glue some plastic figures to GW bases to use as markers, which would keep track of points earned in our Pulp Alley Demo game. I have not found a glue which works well enough to handle the figures. So far I have tried Tamiya thick cement but several figures just fell off. I then used superglue to rebase these, but several more fell off including some of the superglued ones. I then tried PVA with similar results.

I undercoated the figures with spray paint and then tried to touch up with hand painting. However the first few figures just popped off the bases. I then flicked all the figures off the bases and gave up in frustration.

I have heard that a special Plastic's glue is available but have not had a chance to go around the DIY stores yet. I thought I could use card bases as an alternative but I really like the look of the square plinths as I wanted to make these look like tourist souvenirs. 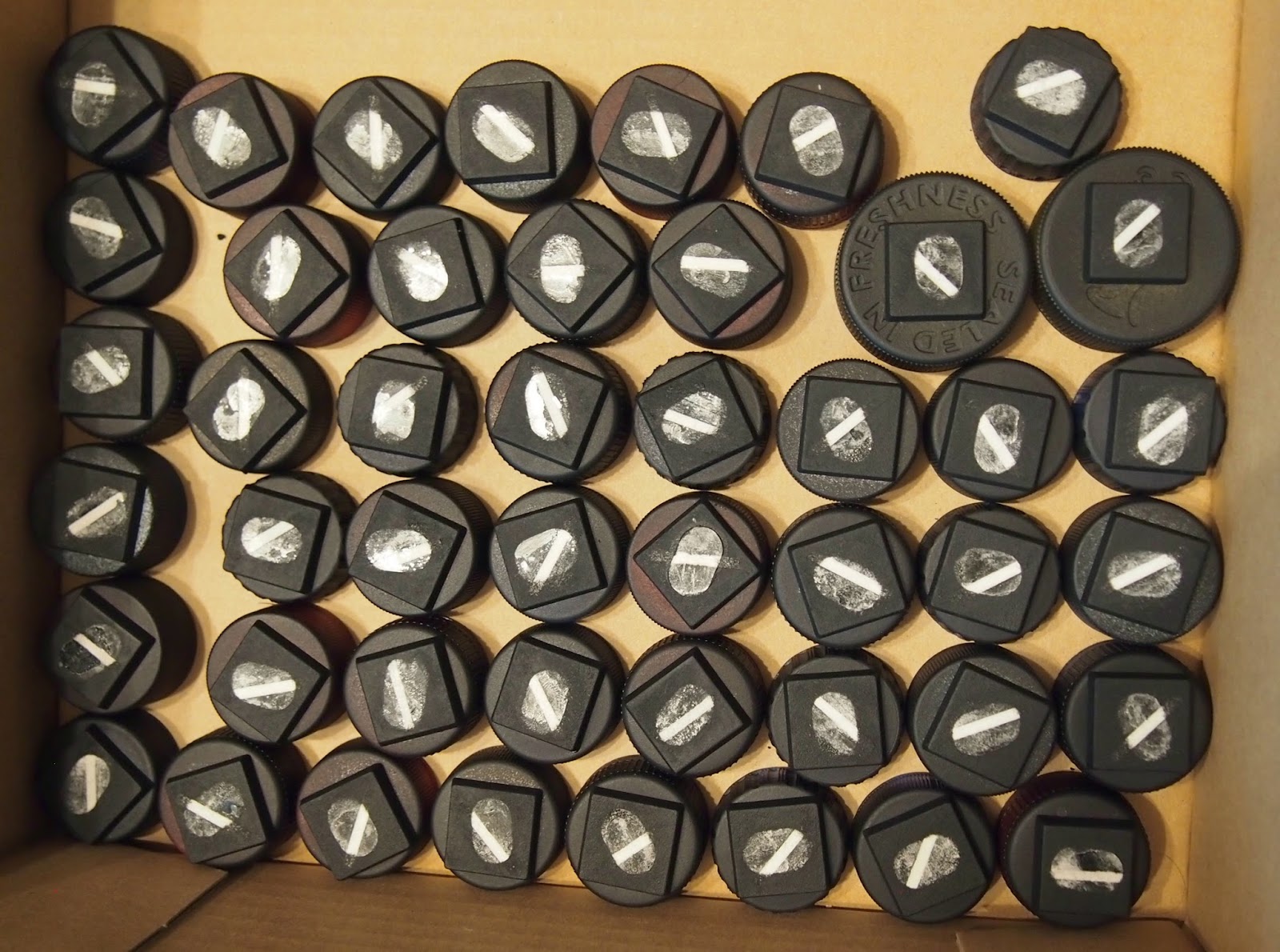 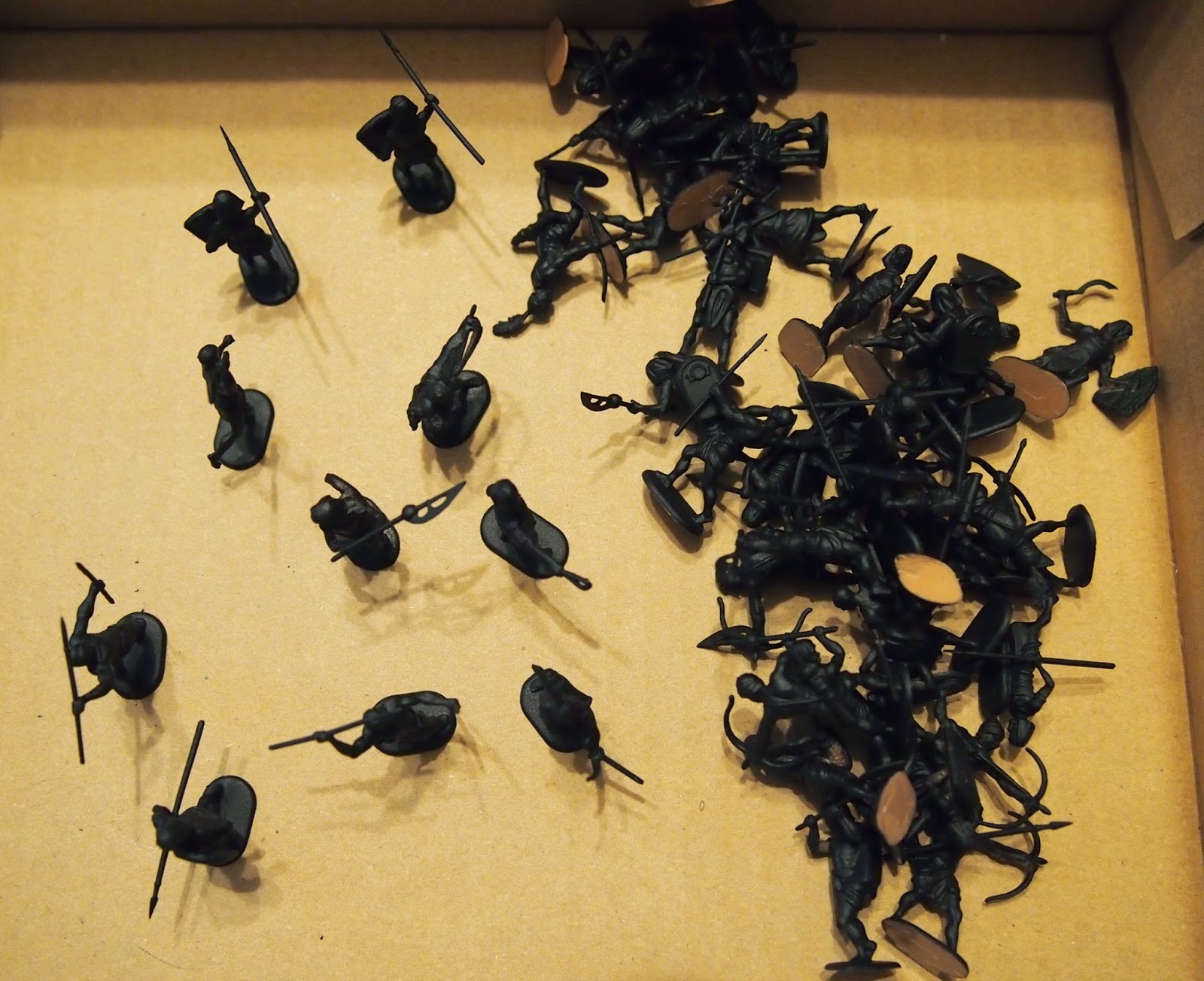 I wanted some NPC figures to use as Diplomats or similar who would need rescuing in certain scenarios. Remembering the Top Gear India Special then who better than the Top Gear Team?

Finding the figures was fairly easy as Pulp Figures had some suitable, but they would need some work. James was converted first by cutting through his back and then straightening him up which required a bit of Greenstuff to fill the gap. He then got a new head from an Artizan figure with some more hair from Greenstuff.
Jeremy was then worked on but after the work I had done on James he looked much smaller than I wanted. I cut him off at the ankles and the added 3mm with metal rods drilled into the legs and down through the feet, and into the base. This was then filled with Greenstuff. I still felt that he did not look imposing enough so I added extra height to the base. I also tried to remove the moustache which destroyed the lips! I tried to cover this up with paint. I forgot to add extra hair with Greenstuff!
Hammond did not require anything other than paint. I am undecided if this is the perfect figure for him or should I look for another. Anything else I have found does not look animated enough to fit in the the others.
Egyptian Stig was ok as he was but I decided to remove the garrotte and replace it with a steering wheel and some Greenstuff hands.
Mr Manlove was just a paint job. The name comes from an episode where they are in Germany and a Technician of the same name checks over the cars for safety and condition.
The Golden Cock comes from an episode where James and Jeremy finds an ornament in a Motorway shop. James favourite expression is "oh Cock" in case you didn't know. I will use it as a peril or treasure marker.
I have some more bits to add to this theme on the work bench, and some others which are going to require quite a bit of conversion work.

I had originally bought this to use with my Turk Forces in Palestine. However since I have not even started a British Force to fight them, I thought that this would be of equal use for Pulp gaming.

The model is very good but lacked suspension or a way of attaching the wheels securely. I went to town building some springs and added thick brass rode as axles. I also thought the mudguards were wrong as they did not match any photos I found online. There could have differences in production for all I know so left them as they were (It would have been very hard to correct them and I was in a hurry), I also added a few tools to the outside from the spares box.


I added some skull and crossbones decals and will most likely use this for my Cairo PoliceUnit.


I am very pleased with how this came out. 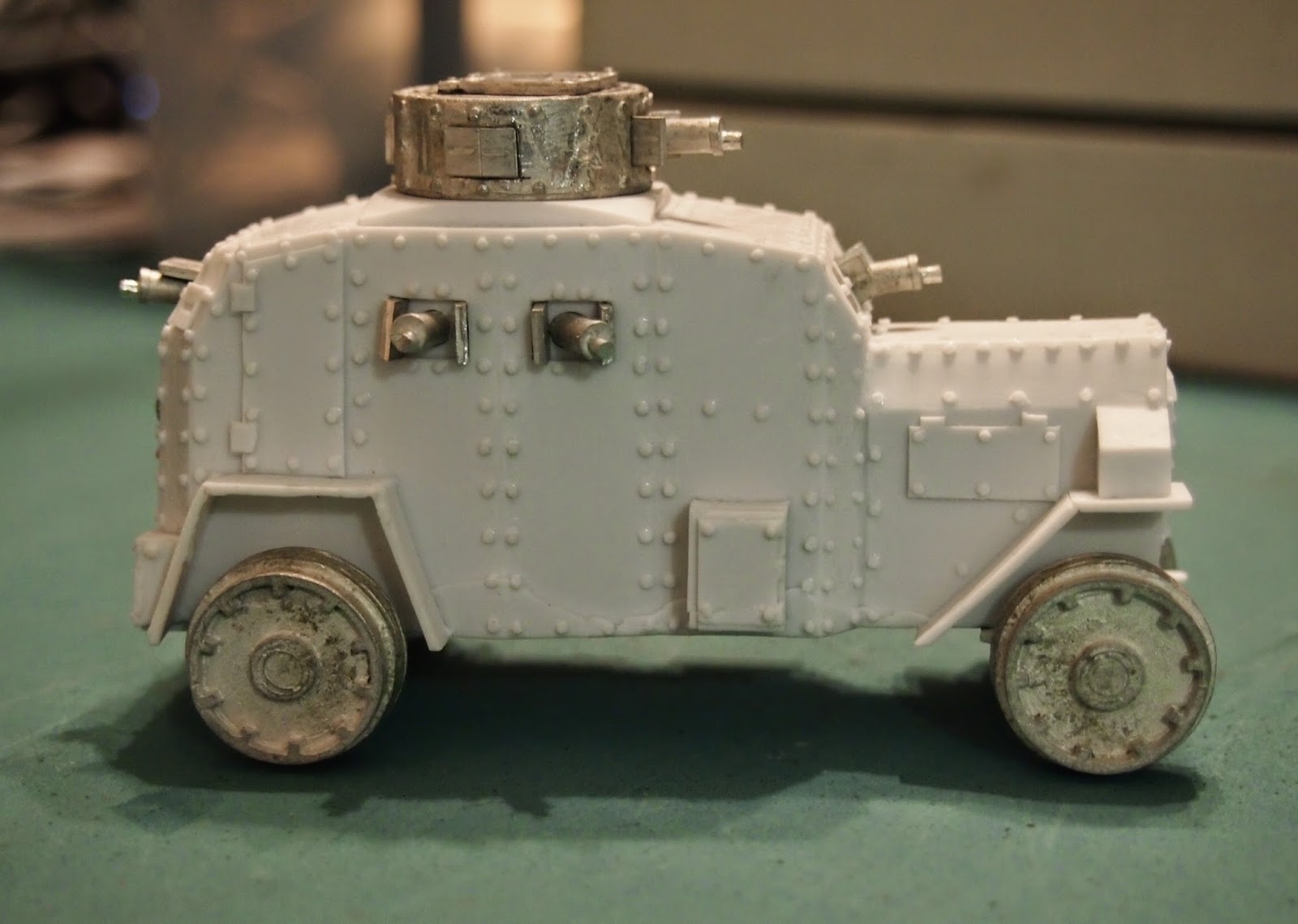 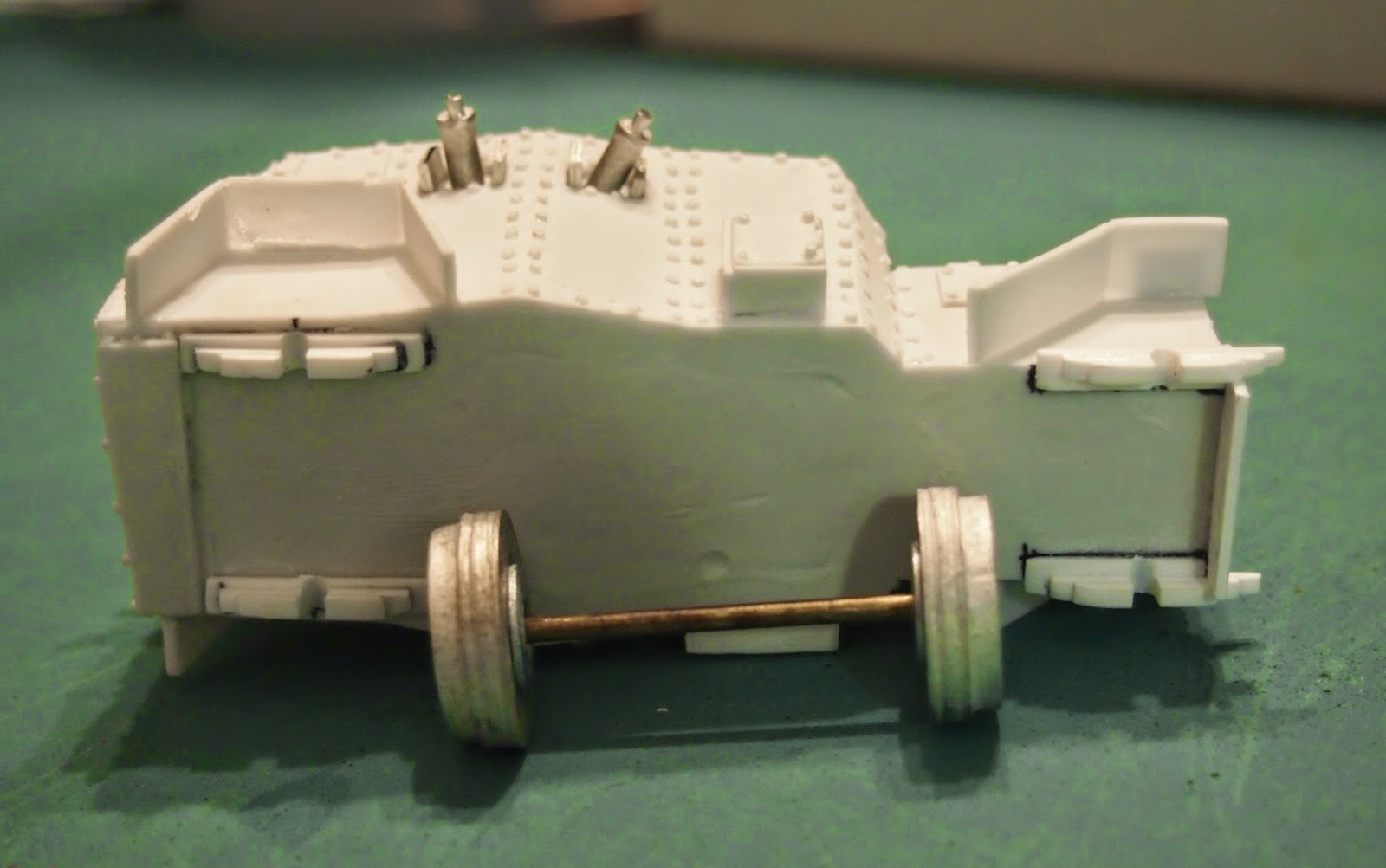 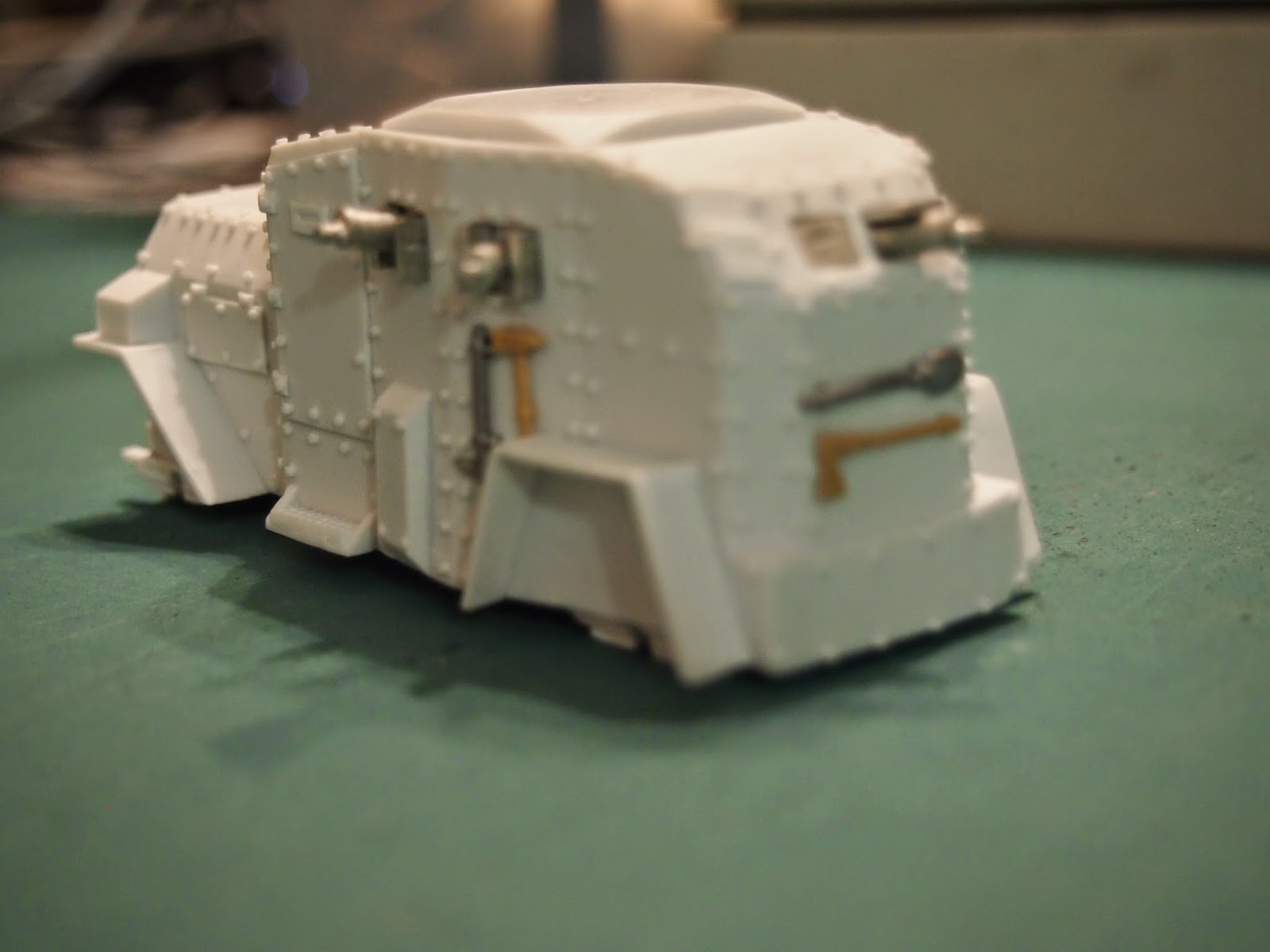 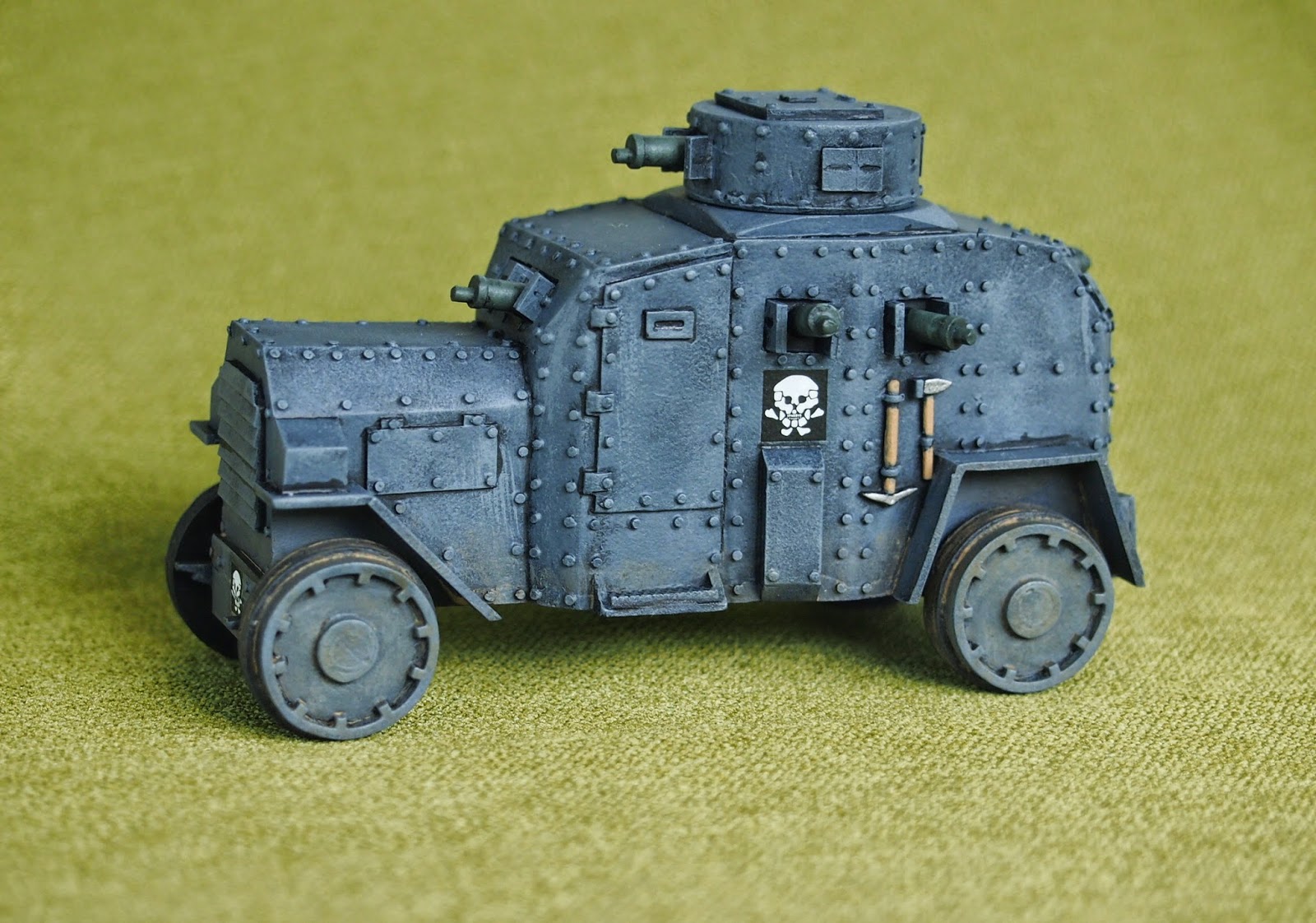 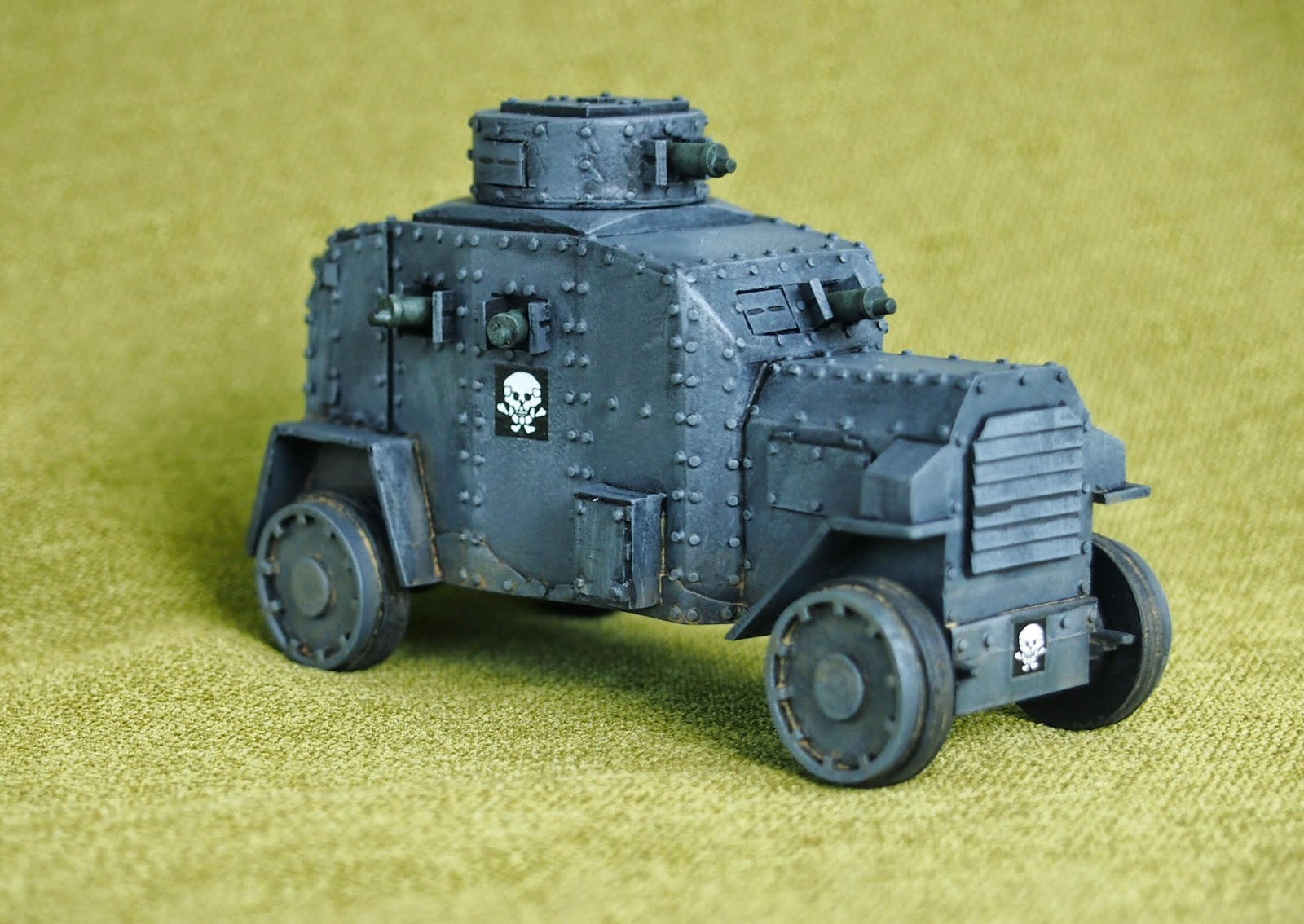 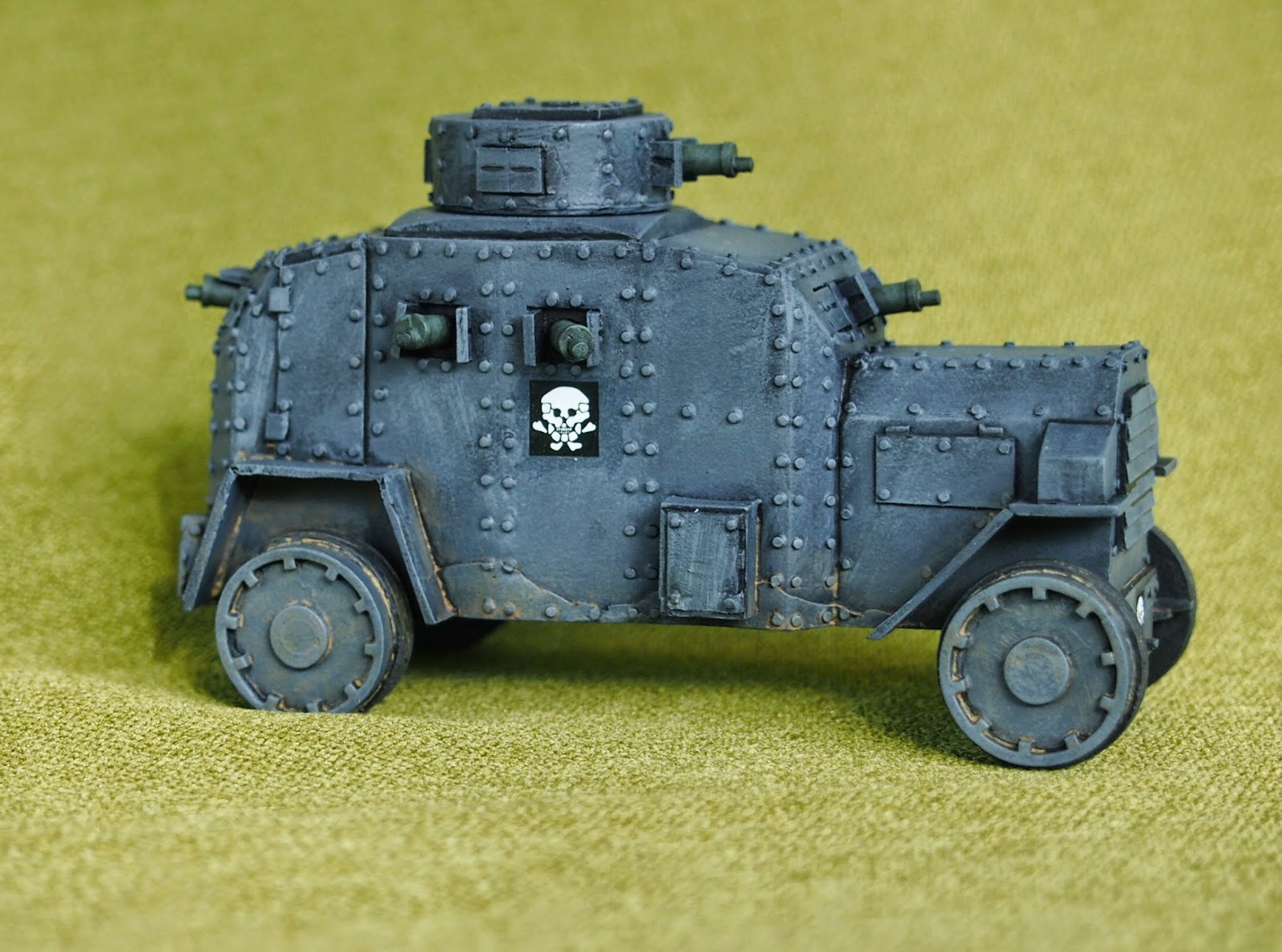 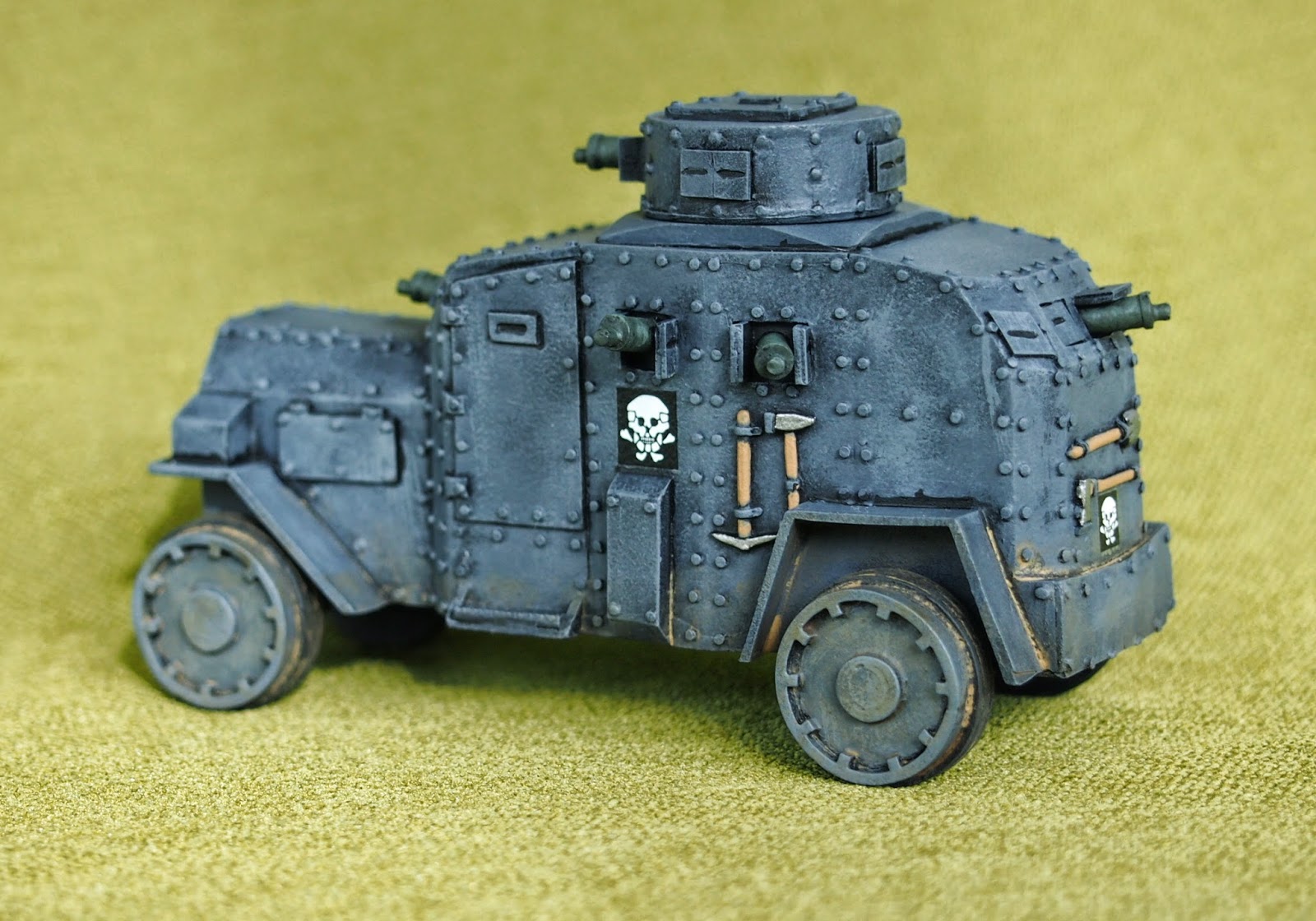 When I saw that Minarions had produced a 1/56th Scale Henschel Heavy Truck I thought that it would be perfect for my German Pulp Gang. Its not quite the same version as in the Indiana Jones Movie but that was just a mock up of the real thing. (I had seen it in a farmers shed in Dorset while I was in the UK sometime in the eighties.)

The model was really easy to put together and more like a plastic kit in the thinness of the parts and only a very small amount of flash. When I assembled the wheels with the chassis upside down I was pleased to see all the wheels lined up. After the glue had set I turned it over to find all the wheels touched the ground. Very nice.

I felt that the chassis lacked a bit of detail so I added some storage boxes and chassis rails. I also added some tools to the Cab sides and fitted the crew which had been painted earlier.


I am very pleased with the completed Truck which will serve my Nazi's well. 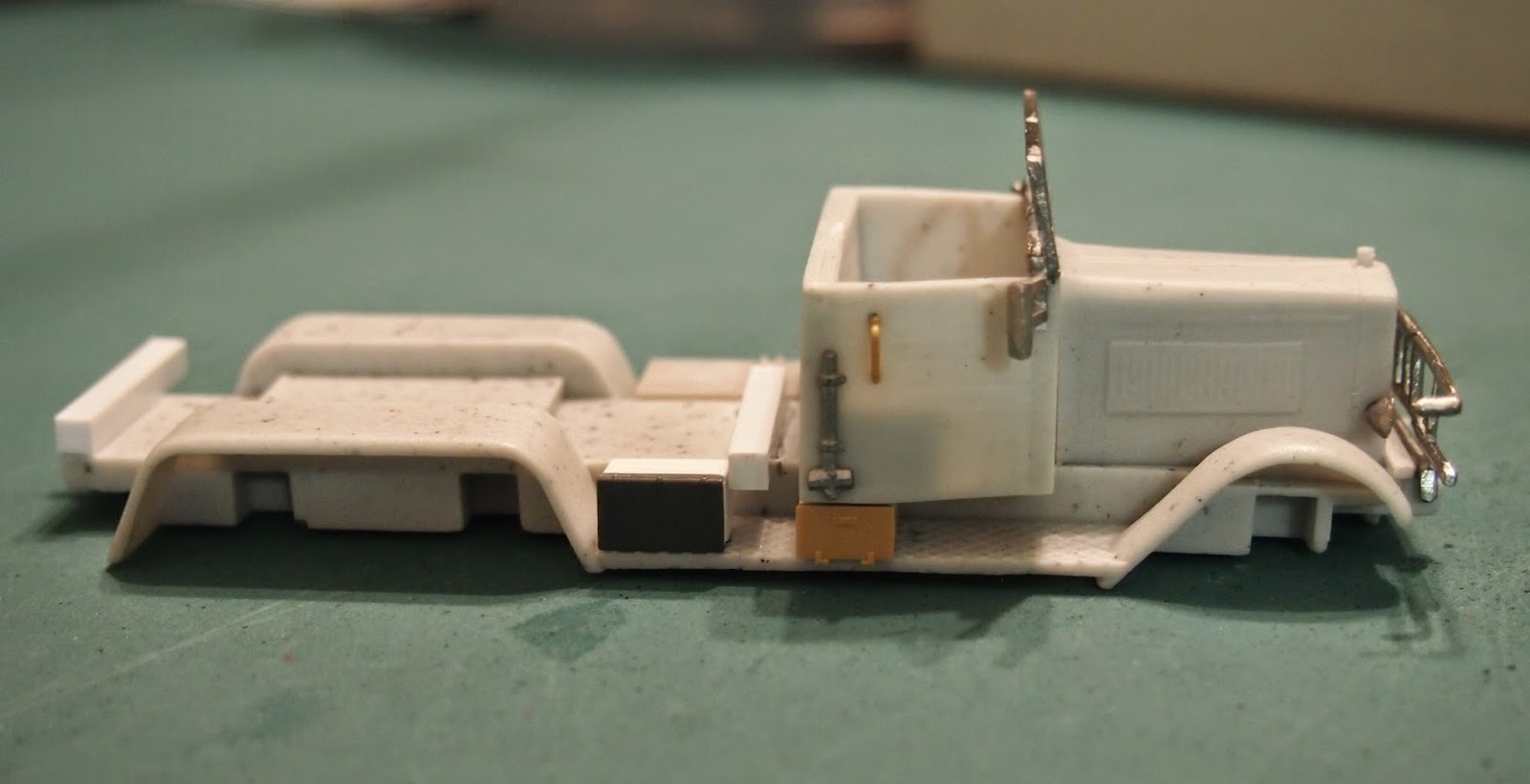 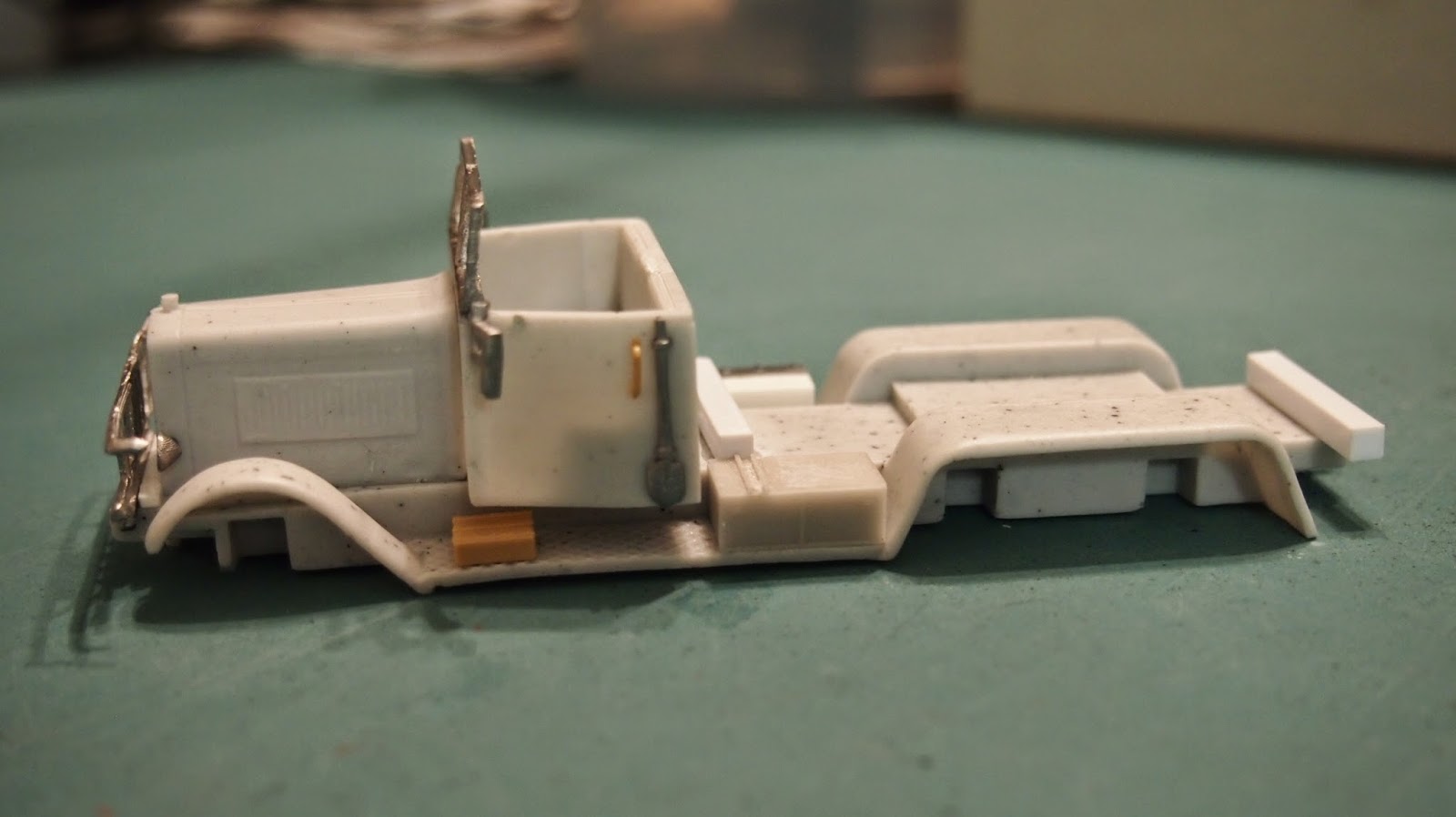 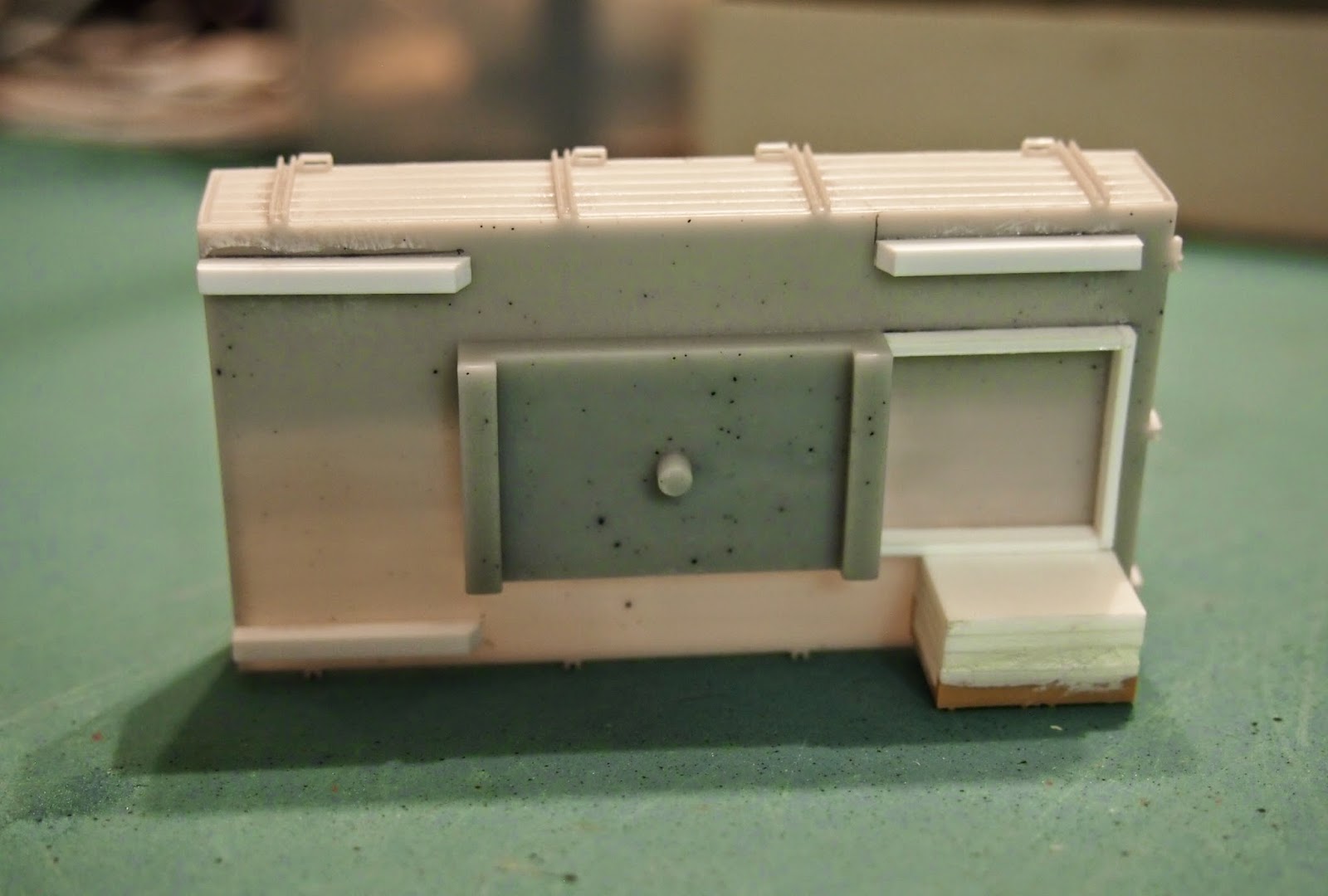 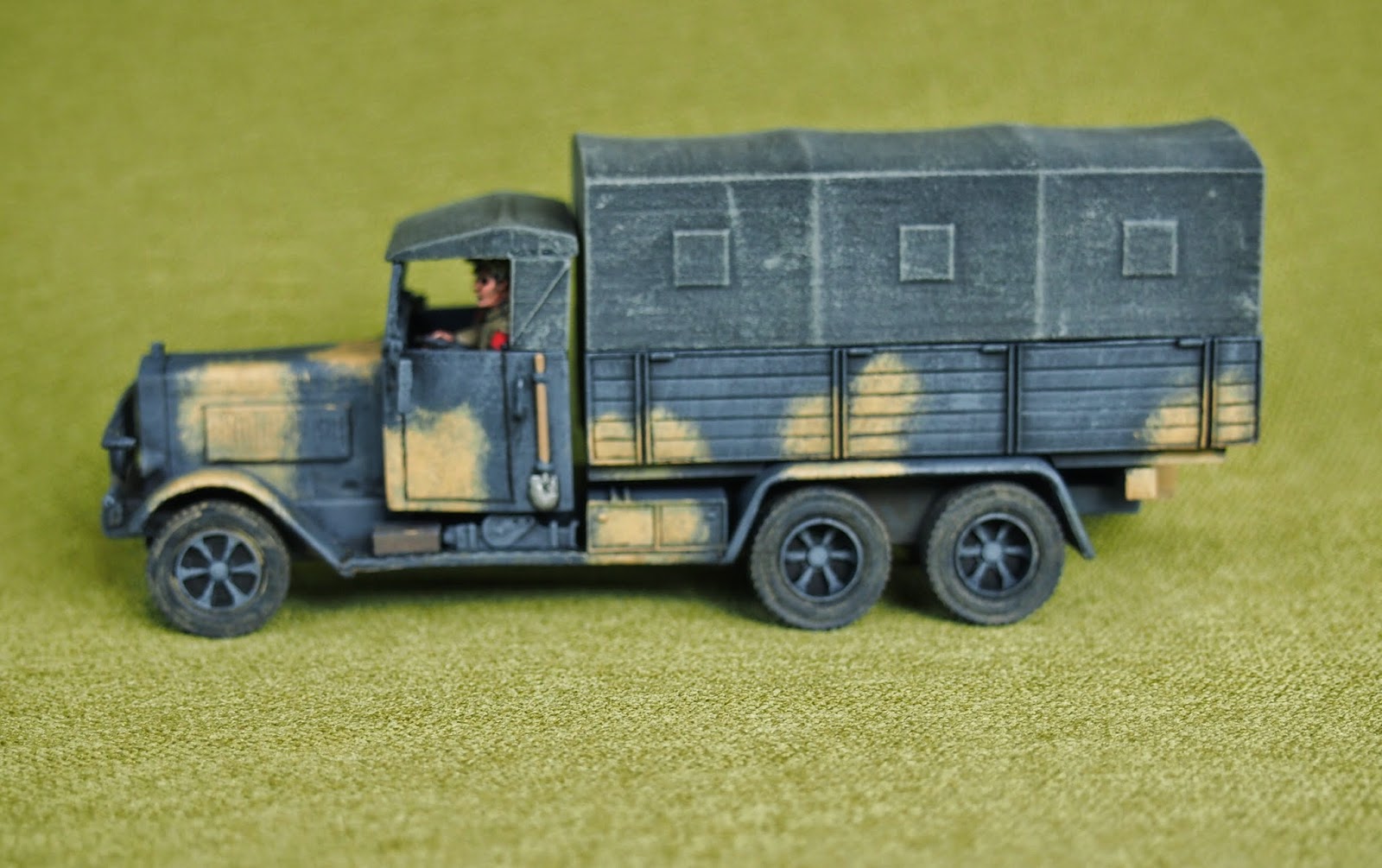 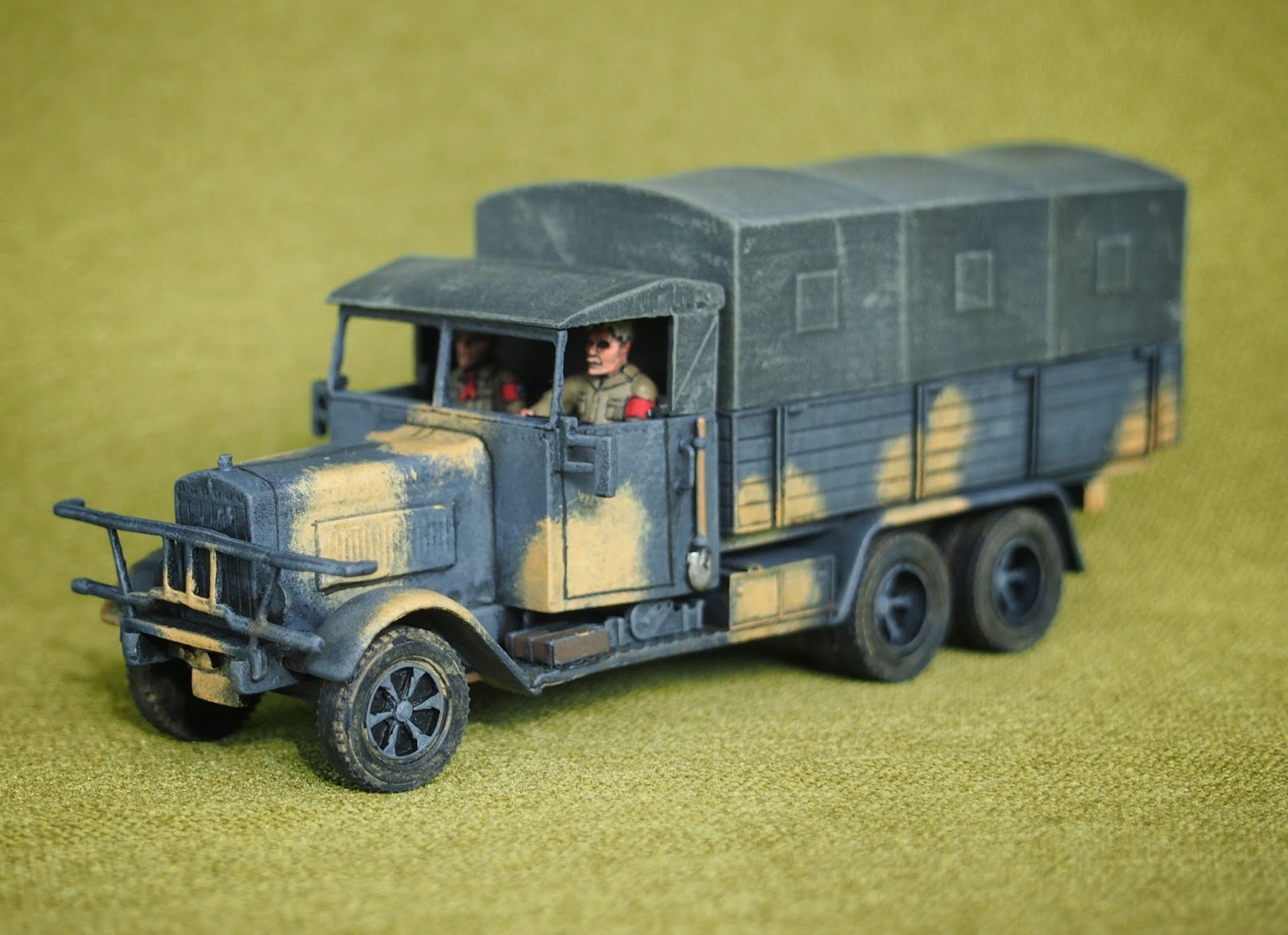 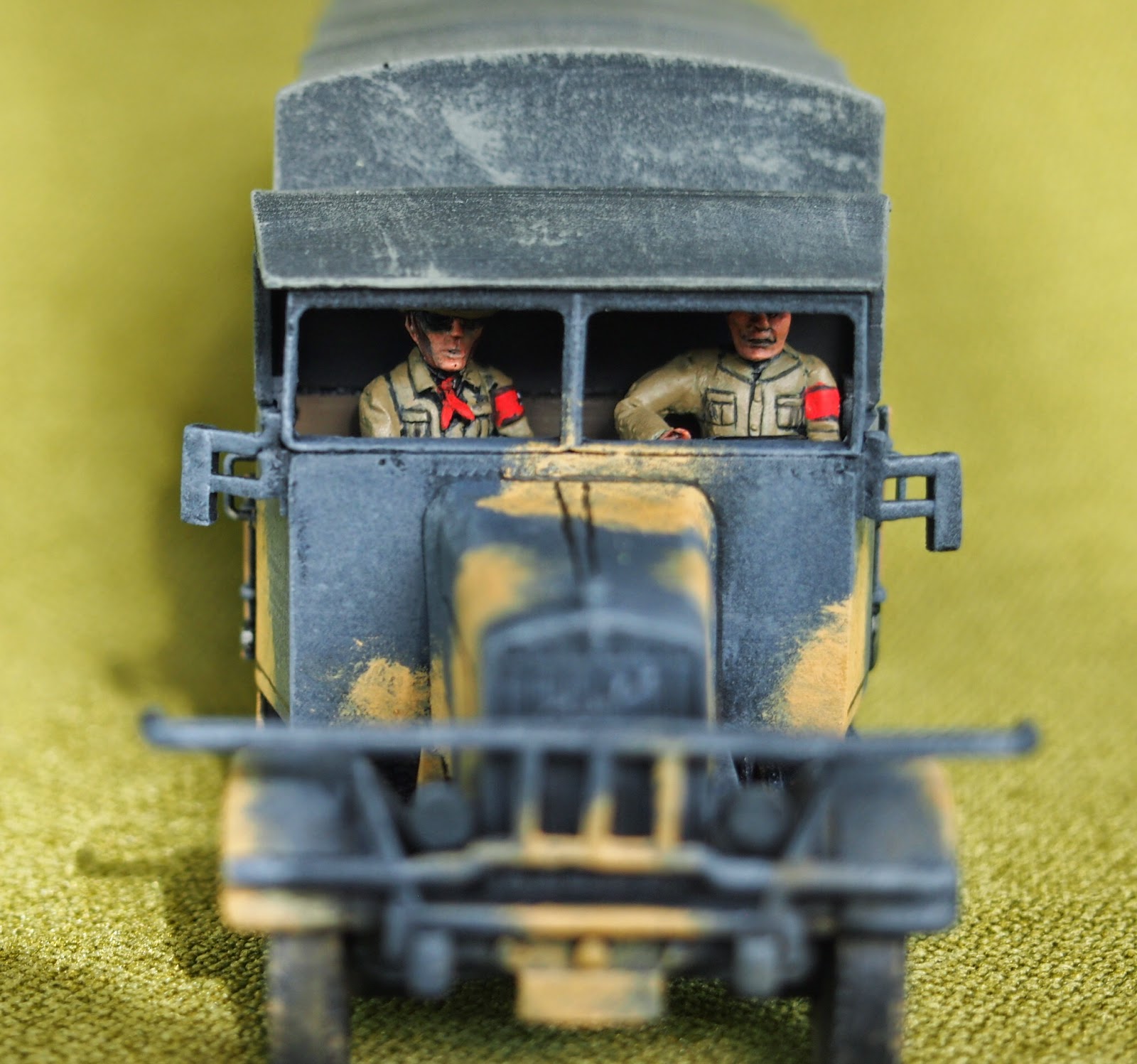 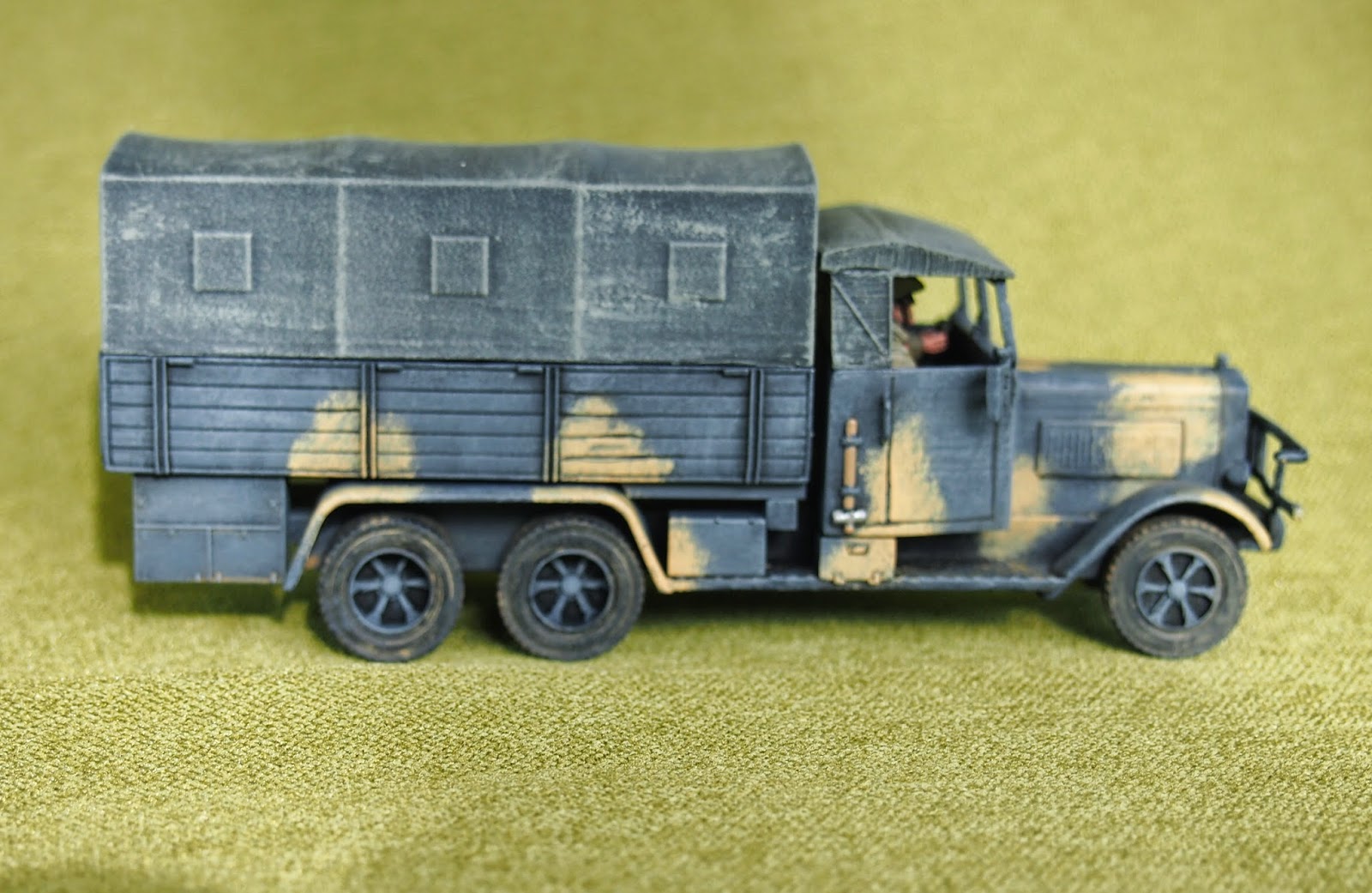 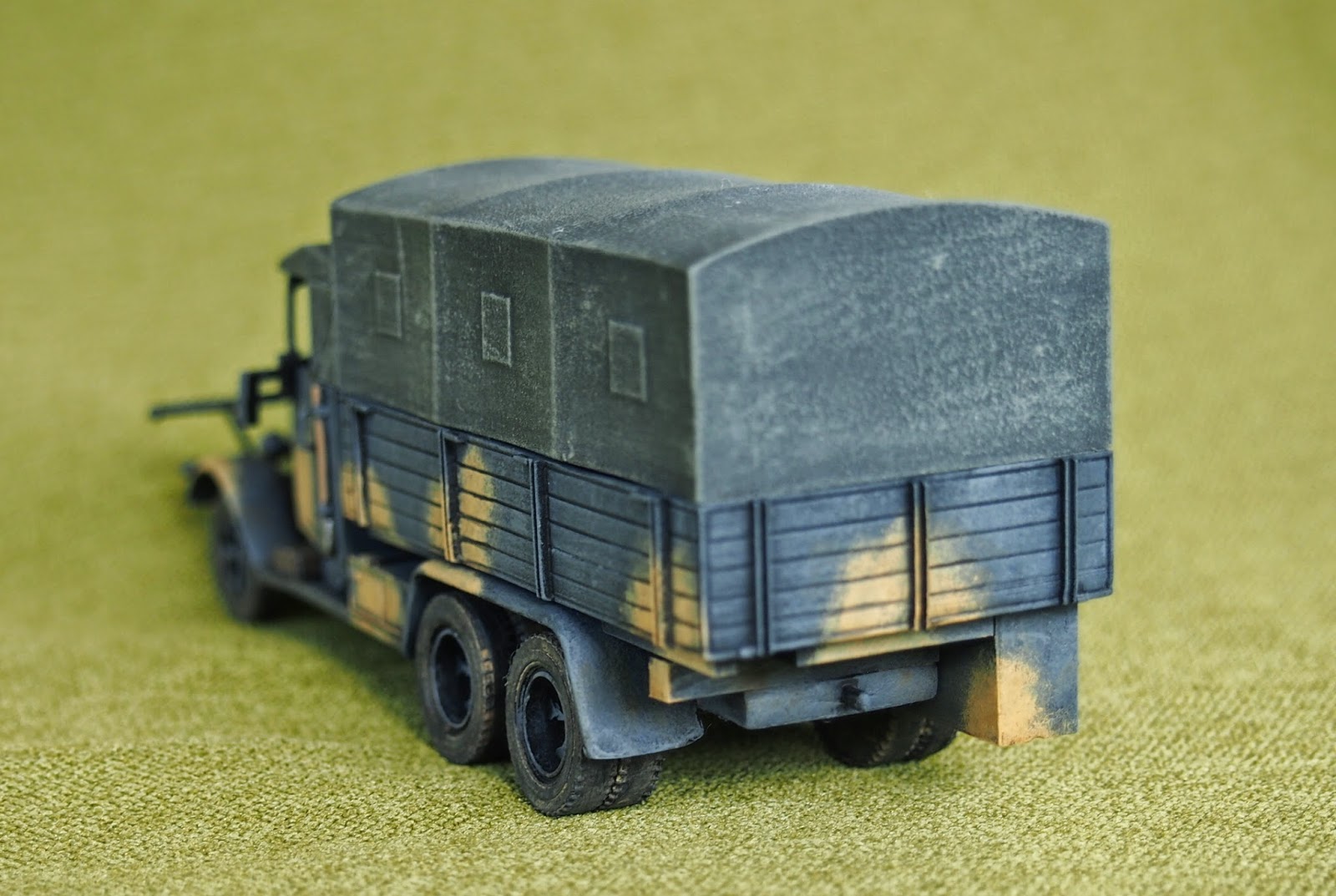 I'd like to say that this is the last of the Sherifs Men that I will need to paint.
However I have a feeling that I have just a couple more in the Lead pile to do.

These figures are all from Crusader Miniatures with the exception of the Page holding a small shield who is from Curteys. The rest of the Camp pack will be split between the other parties.
The bases have been left in plain grey to match the interior of the Castle. These are meant to be the Castle occupants rather than members of the fighting patrols.
They are really nice figures and better sculpted than the Black Tree figures. For some unknown reason I ended up with almost three sets of the Crusader peasants so I will have to do a bit of converting when I paint them up for the other factions. 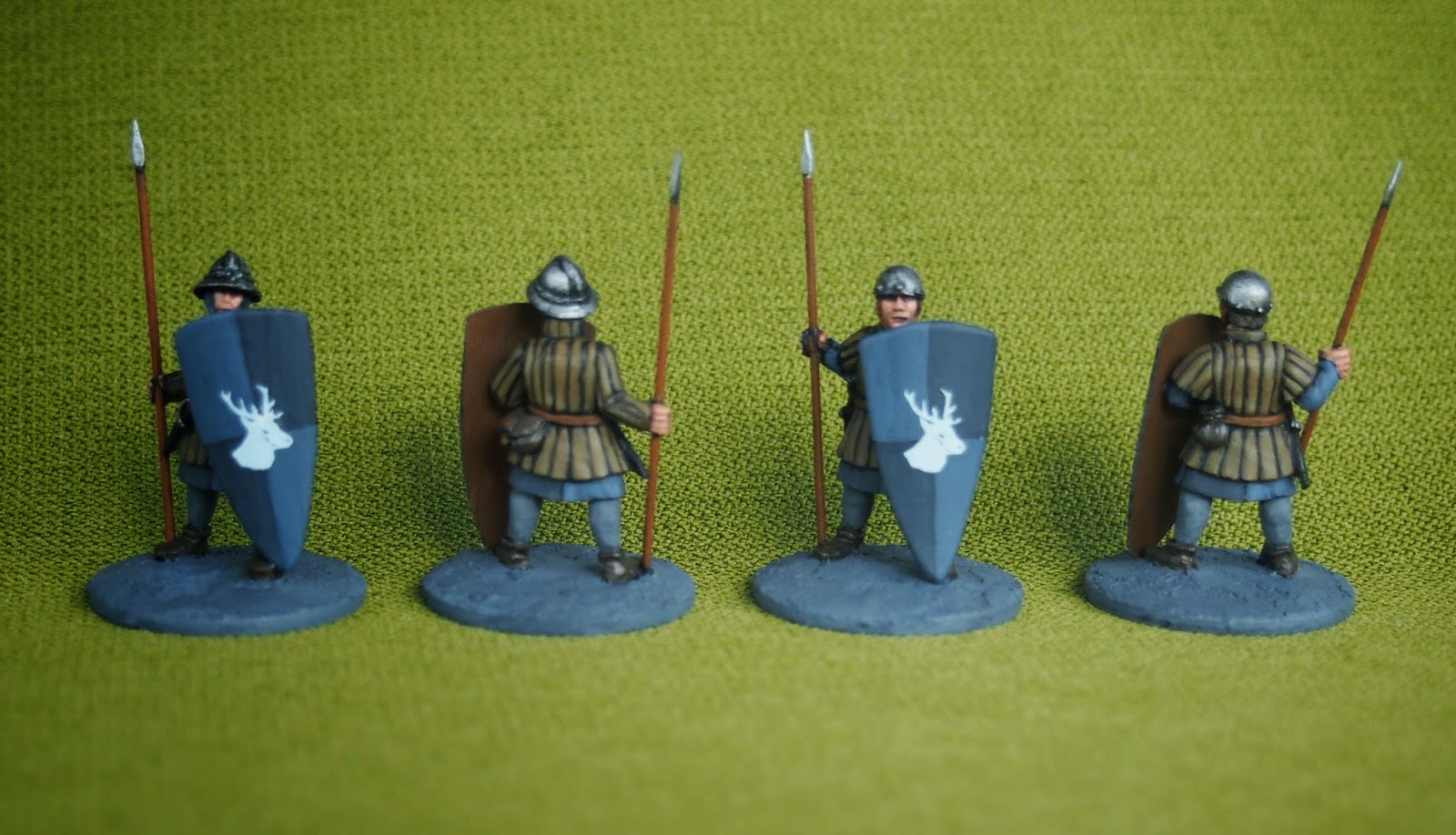