I think that it was the Angry Piper who suggested a Terrain theme this month for Bloggers on TMP, so as I felt like a change from my Zulu project and dug this building out for another go.

When we planned to start a Frostgrave Campaign I realised that I had no suitable terrain so started to build a damaged Wizards Tower. Now when we lost interest in this the Tower laid in the spare bedroom forgotten for several years. Recently another friend mentioned that he and his son had started to play Mordheim again and wanted to start a league. No action yet on that front but I have several gangs underway and got the Tower out to finish. This time I am not going to use any snow or other winter themed effects other than it looking a bit bleak.

The construction is Foamcore with a thin layer of Foam sheet glued over the outer face. I picked up a tip from watching Black Magic Craft. If you mix Black paint with Craft PVA glue and coat the Foamcore and card everything it is very hard once it dries out and is base coated in one step. Be careful to coat both sides to minimise warpage though. (The seperate Tower section warped a couple of mm so I had to trim the other wall to fit.) The Windows are from GW. The roof is a card base with wooden structure laid out and then covered with Charlie Foxtrot roofing tiles left over from my Berlin Buildings. (Not forgotten about as I am still trying solve some issues with)

The condition that I recovered the Tower in with a couple of minor additions before I realised that I should document this. The Crenelations are left over from my Robin Hood project and is a Zvezda product. 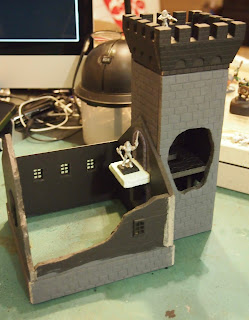 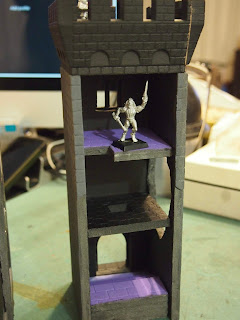 I have added some details with thin foam and built steps from Green foam.
I cut the floor detail and a Hexagon into the foam hoping that it would show when I painted it up. 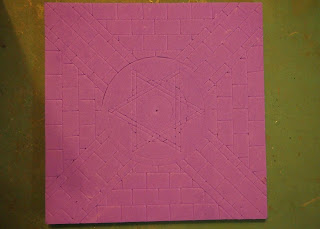 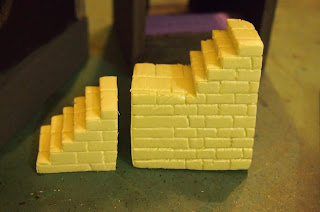 I used wooden craft sticks for the outer structure. 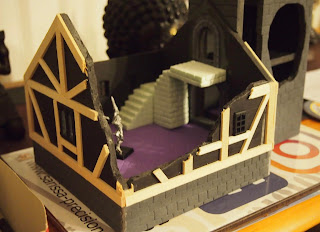 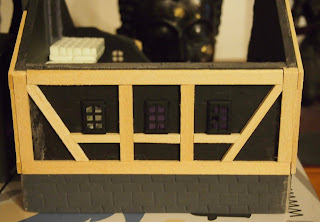 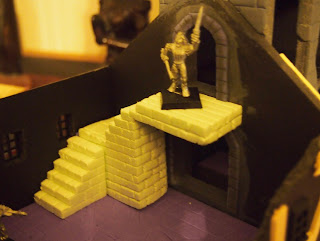 I have done just about all the painting but have some parts that need constructing, which I have put aside until later like a front step; the chimney stack, torches and possibly an alter step. Of course it will probably need a base but am undecided about what shape etc. 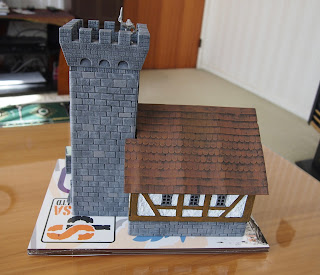 Not made by Sarissa Precision, I just found the pack an extremely handy way of keeping everything flat and square. 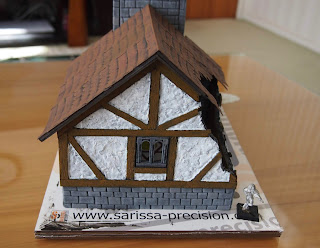 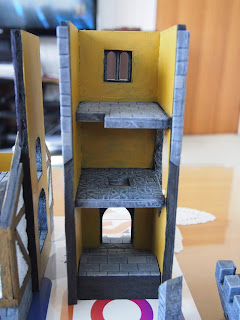 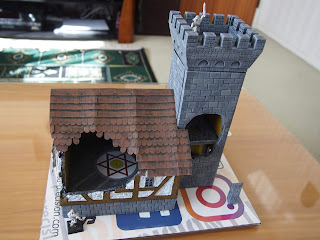 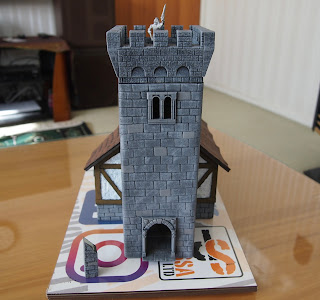 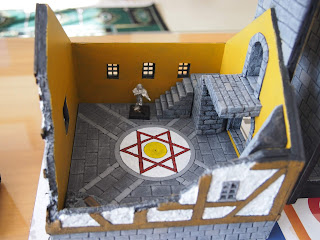 I have been searching for some images about summoning circles but have not found any images which I can add to the Pentagon. I'm also worried about invoking some evil if I do successfully do so.
Haha. 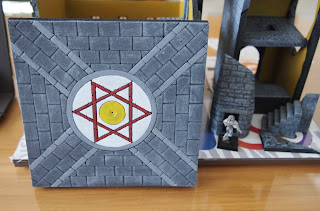