Looks like I picked the wrong Team to paint as it is the morning after the England verses All Black game. I named these figures after past and present All Blacks and as the Leadership are Black Orks the name just suggested itself. I don't normally paint names on bases but really need to on these so to keep track of who is who in a game.  The writing sucks but they looked worse than before painting the red background. The figures are mainly from the old Warhammer plastic ranges with the exception of the Banner Boy who is a Skulls promotion figure which I had no use for. The other two figures I bought second hand. Grimsaw Ironhide was bought online as already painted and needed to be stripped while Borgut Facebeater was new in the packaging. The Shaman was converted from various components. His staff looks a little unbalanced but since I had drilled and fitted a brass rod through the entire length of the shaft its too late now to go back and correct it. The colours of the trousers and skirts are based on which Super Franchise the players come from. 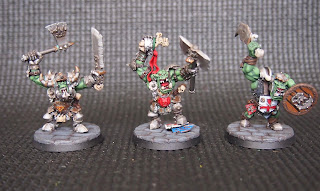 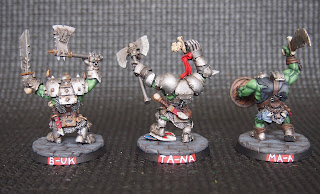 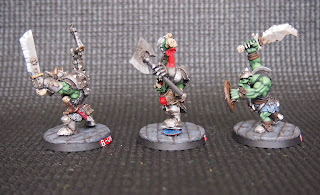 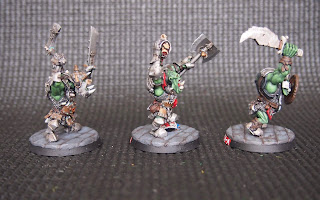 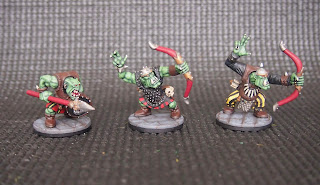 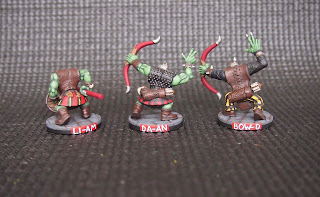 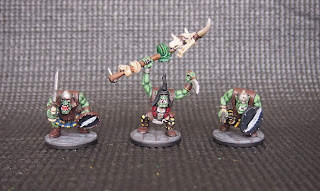 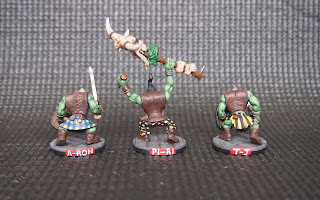