It has been a while since I have done any Late War German Armour. The Last time I did anything German in 1/48th scale must be about 15 years ago. I saw that Empress was selling off its Blitzkrieg models a bit cheap I jumped at the chance. I had tried to buy the Corgi Tiger1 for what seems like decades but they always go for silly money. Somehow I got the Panther A for a decent price but when I was thinking about repainting it and first checked the price on Ebay, I found that I could triple my money on it so left it as is.

The Bltizkrieg models arrived very swiftly which surprised me as I was expecting a long wait time due to Brexit and Covid. Unfortunately they were delivered by Dropkick Couriers this end.  They seemed to be well packed but both had damaged track sections which required quite a bit of work to repair.

I used Tamiya paints with my Airbrush which had been in my spray booth for about a decade and had rust all over some of the parts. I gave it a quick clean up and it seemed to work ok for the camouflage job but I don't think I should use it for any finer work.

I was really happy with the finish until I took them outside to compare with my older models. They are all much yellower than these and look much nicer to me. I had used some white in the Dark Yellow for the top coat so will add some Yellow for anything else in this scale. I am pretty sure that I used Tamiya paints on the older models but it could have been Humbrol Enamels, I just cant remember. I also mixed the Green in with a lighter Green and put some extra Red in the Brown to get the colours I wanted. Possibly it is the undercoat at fault as I remember doing some US Armour that it took ages to get the US Green to a lighter tone I was happy with? I am undecided about the track colour, I tried different washes and products on them which didn't really change the colour very much.

I could not work out what the Tiger was meant to be? It has Fiefel Air cleaner system and Drum Copula but is covered in Zimmerit. I could not find any photos of its use in Russia or Europe in this configuration so settled on it being a Hollywood Tiger. The Tigers in SPR and Kellys Heroes are this type although built on different chassis. The number is SS-Oberscharfuhrer Karl Ottos Tiger from Kelly Heroes. I will have to paint a dismounted figure for it as I have some of the US characters already. I had to sand off some of the Zimmerit as it is really thick and over done. The decals would not have sat very well without doing this.

The Panther is well represented of a Late War G. I added some extra stowage and tools but it still looks bare. I didn't want to cover all the nice detail up and cover the hatches as they are well sculpted.

The Corgi Tank in the photos is much Yellower than my other models so don't take that as a comparison point. I just wanted to show the size difference between 1/48th compared to 1/50th. 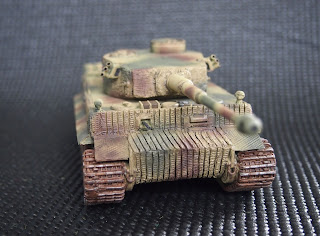 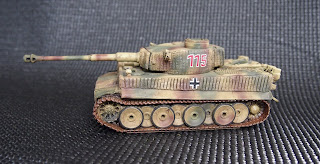 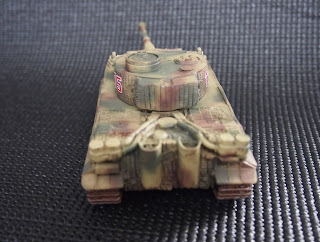 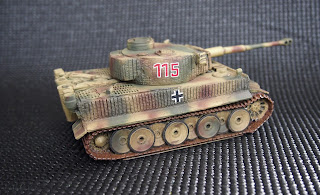 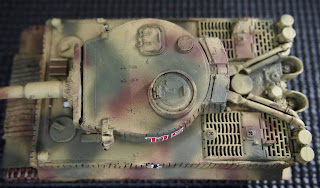 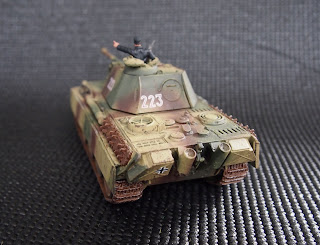 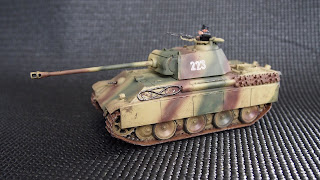 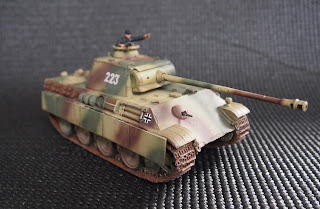 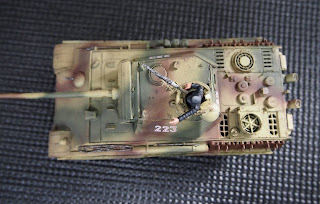 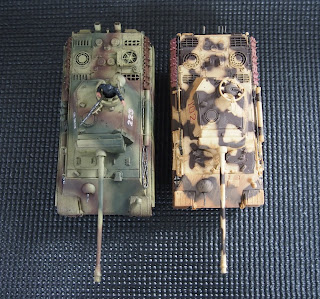 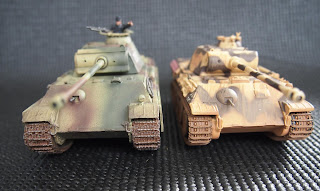 Edit. After watching some videos it seems that Tamiya has gotten the Colour wrong. They have produced a new version of the German Yellow which is lighter. I now think I was using Humbrol Enamels previously.