I saw this on sale recently and thought that the style would fit with my scenery. I worked out by the dimensions that it should work out ok with the walkways and would fill an area I talked about on an earlier post. 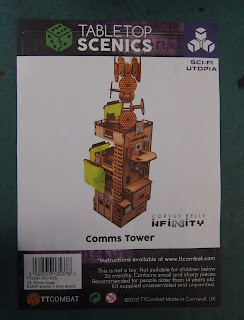 I thought that it looked a bit plain and was not too impressed by the unsightly joints so added a bit of spare MDF to improve it. I also found that each floor seemed to be progressively out of level by about 4mm at each floor. The top floor was ok but the others needed correcting. One floor I left as is but the lower two had the locating tabs removed at the front and glued without them. I did not like the dishes either so fortunately my partner had been giving me some disks from Gherkin Jars which looked much better. When I get a fourth one I will fit that as well. The centres were made out of floss sticks but I have bent one twice before even doing any gaming with them so may trim them down.

This is quite tall so was difficult to photograph. 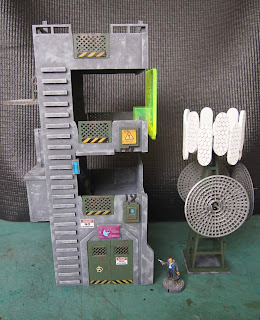 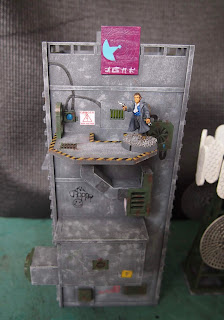 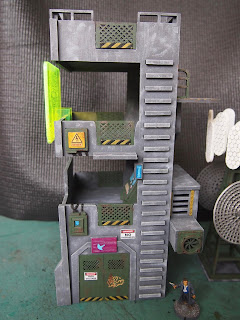 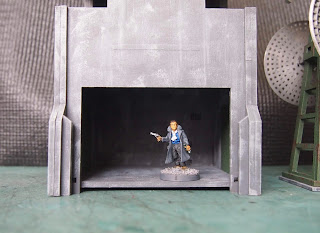 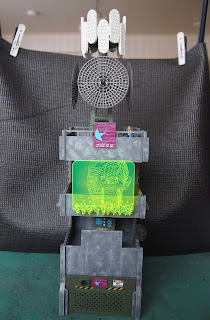 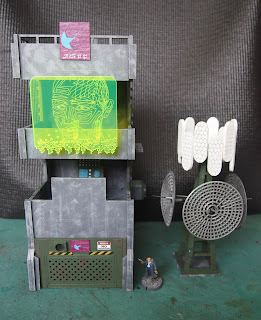 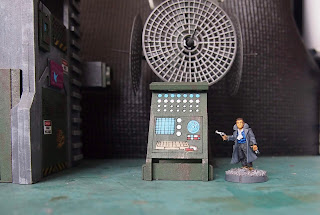 I also added a couple of pieces of MDF so I could fit a walkway to them. This was made from some EDS (?) scenery which was supplied with the wrong mix of parts so I did not mind cutting them up for this. 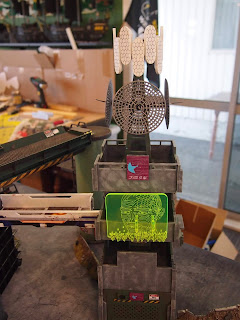 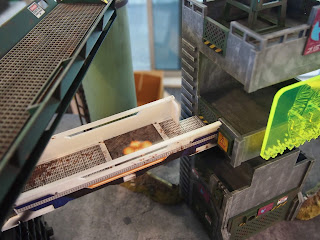 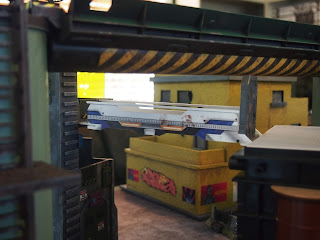 There were five signs so I used them on other parts of my terrain. 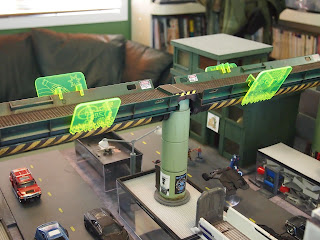 I had also undercoated the Water Pistols but when I looked at them later I saw that I had not filled the screw holes, and thought that I had been lazy not doing more than adding the cooling fans at the top. So then added some pipes on two of them. The other two I think are ok after filling the screw holes with wooden dowel. 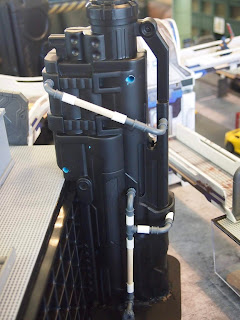 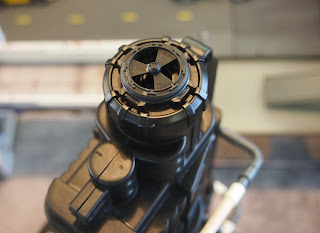 I found the Grey Board supplied was missing some of the signs which I have painted in West Ham colours. I cut and fitted some plain card to mimic them. The etched detail did not come out at all so I may find something to print and glue over them. The figure I have used is going to be repainted as Deckard (Harrison Ford). He may need a new gun though.