A couple of items from the Lead Pile and a new acquisition.
I have had the Crusader Engineers for many years as well as the Blacktree Radio set. As I have been using Chain of Command I felt the need to add some Engineers to clear a couple of Mine Fields. Ok these don't have the right tools but they are Engineers so they ill do for now. 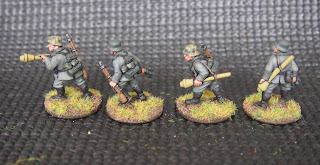 I bought the radio set which also came with a walking set which I have been using for years. I was not sure what to do with these figures until I needed a 3rd Jump Off Point for Big CoC. Having run through a game of Big CoC I am feeling unsatisfied as I never seem to have enough Dice to do more than do the basics. I feel the need to invent something a bit larger and treat the two Platoons a side like individual organisations. I will write more once I test out some ideas. 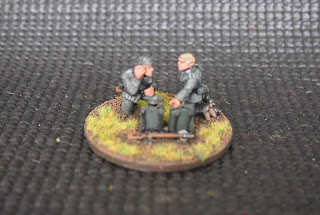 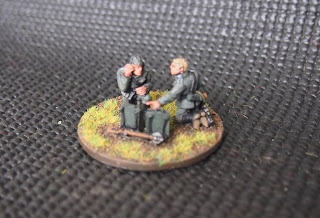 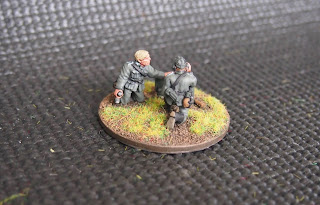 The Artizan  Pak40 I bought with the American Gun Crews earlier this year. I also bought a second set of figures to fill out the Crew. The Officer got a head and pistol case from a Warlord Plastic set and one of the standing figures got his cut off head. The gun does not really capture the look of the Pak40 that well in my opinion. I thought I had got a Pak38 by mistake when I first opened the packet. I added a gunners arm shield, I suppose you'd call it that. I also added a shovel to the lower shield and widened it as it looked too narrow. I also reshaped the piece under the gun barrel which was flat with some pointed plastic card. I think it turned out well. 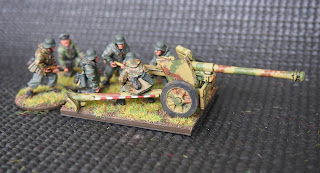 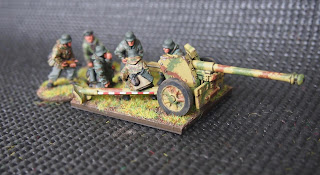 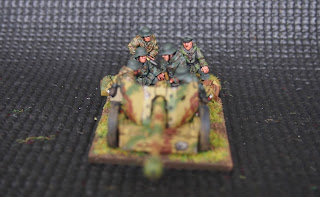 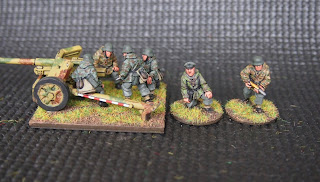