I finally managed to complete a few items for various projects. The first of the three are more Ancient British Celts. The first up is a Renegade Chariot I swapped some figures for earlier this year. Although painted quite decently was never going to fit in with my Army, so required stripping. Events in January gave me some inspiration for the new paint scheme and the Warrior had such a familiar pose that I couldn't resist doing a parody figure. I could have added some more detail to it but felt that a hint was enough for the curious. The driver is just a small but hard to explain joke. 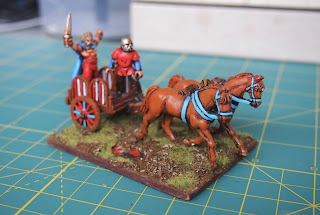 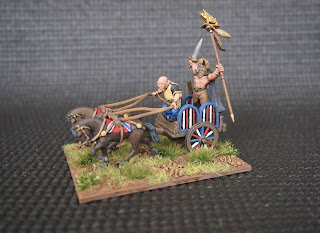 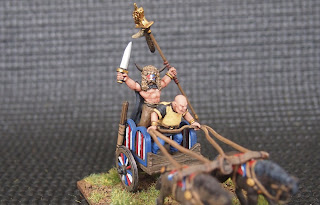 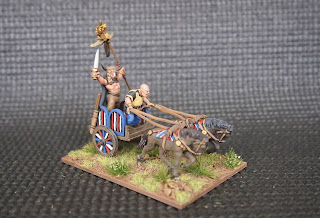 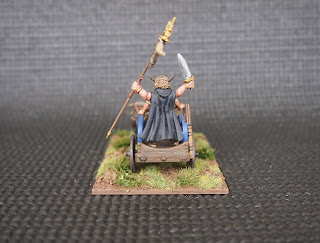 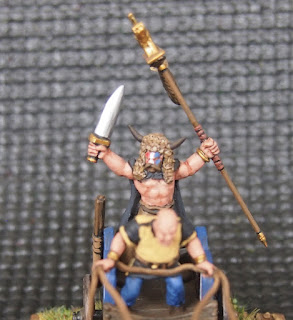 Next up is a two Horse cart which was originally a Front Rank item which I swapped out the Bull with some horses from the spares box, and the pole with a water cart. One of the horses was bare of any harness etc, so I had to add some detail to it with Greenstuff. The Slaves are from Black Tree Design driver from Victrix.. 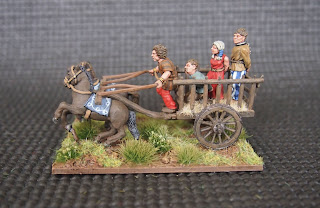 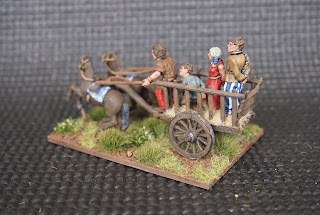 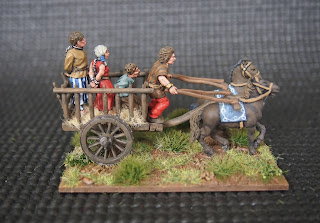 I also have painted some Warriors which will be based later. Some of these were going to be Javelin throwers but as I had too many I added some shields to them to use in a Warband. There are also a couple of figures which I painted years ago but never based. My next batch are all mainly in Mail, so I figure once I complete them plus the next batch of Mail wearing figures I will mix them all up and base them. There is also a pack of Renegade Warriors that will have to be painted before I base.