So now Michael had broken through into the cavern beneath the Pyramid, we all took turns throwing challenges at him to slow him down to give us a chance to catch up. We had also agreed to replace our casualties with like for like, by throwing against the health rating of each one. These were very useful as we were dropping like flies. Ray was held up by a single Mummy and lost a few men jumping  across instead of fighting. I worked my way down from the top of the Pyramid with just my labours and Hugo being held up, while the others broke through by jumping down a wall avoiding a melee successfully. Tyrone was last into the crypt which was good timing as we were all fighting the Mummies before going for the last Plot Point.
We used a second pack of cards for events in the Crypt as we were running out of them in the first pack. The characters had to fight their way past Mummies which the other players directed at them.

We all took turns going for the last point and failed turn after turn until Tyrone took it with an Ally, who was an Egyptian expert funnily enough. We decided that we should finish there rather than fight to get out with the loot as it was about 3pm and time to pack up.

We had great fun all weekend and found very little need to look at the rule book. I'd happily do it again but just not yet. It was hard work packing away all the figures so maybe I can host an event when my new gaming room is built. 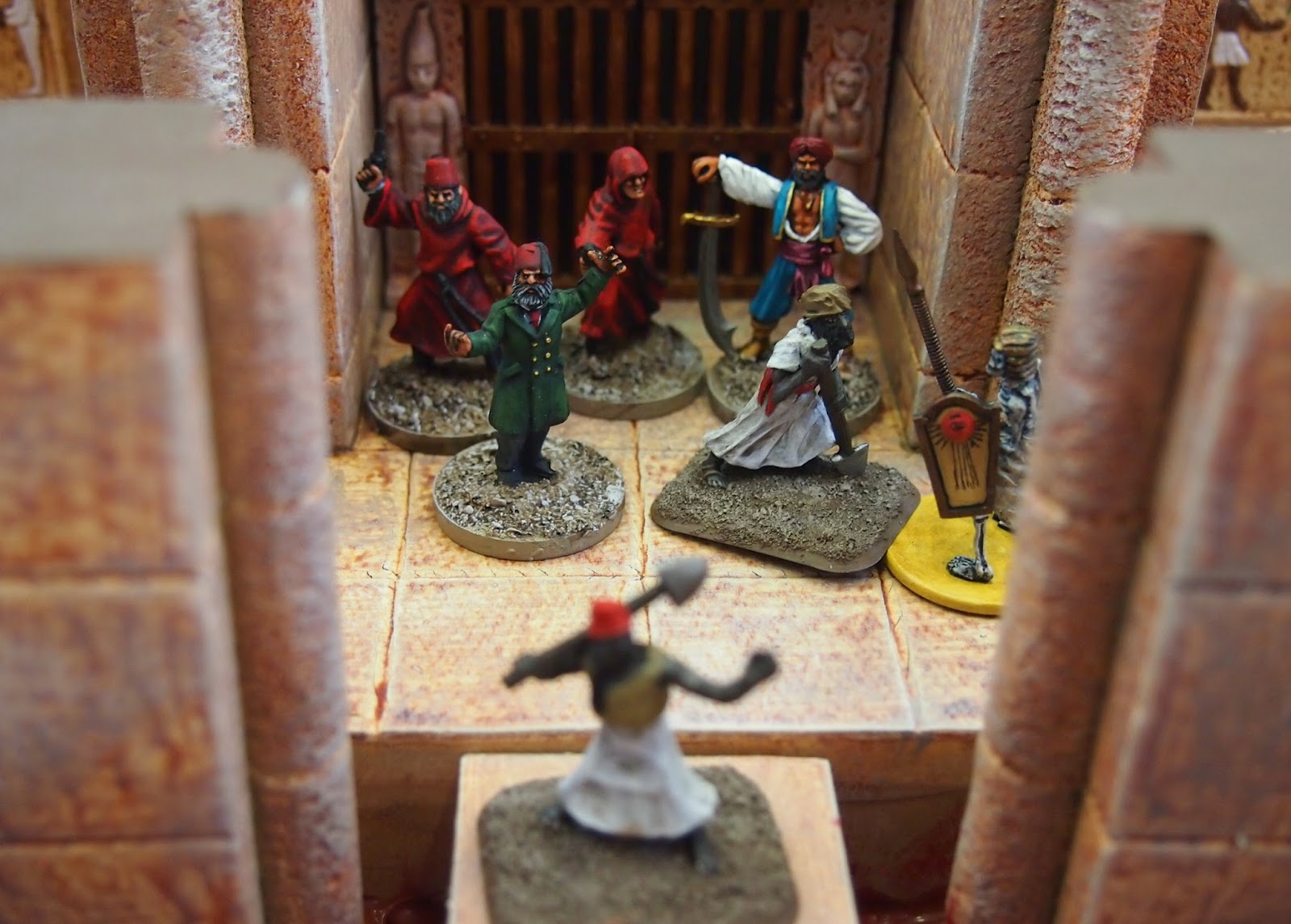 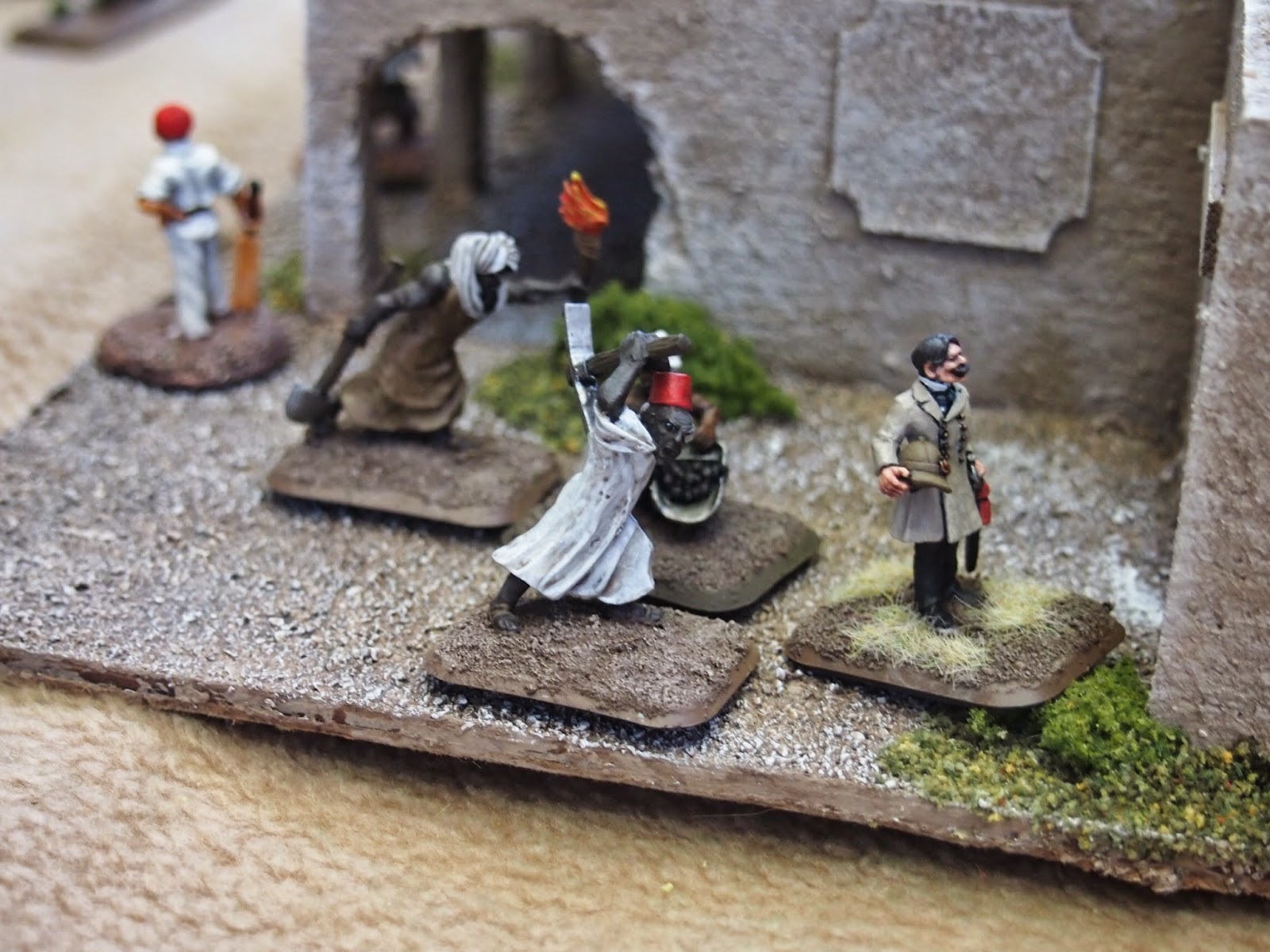 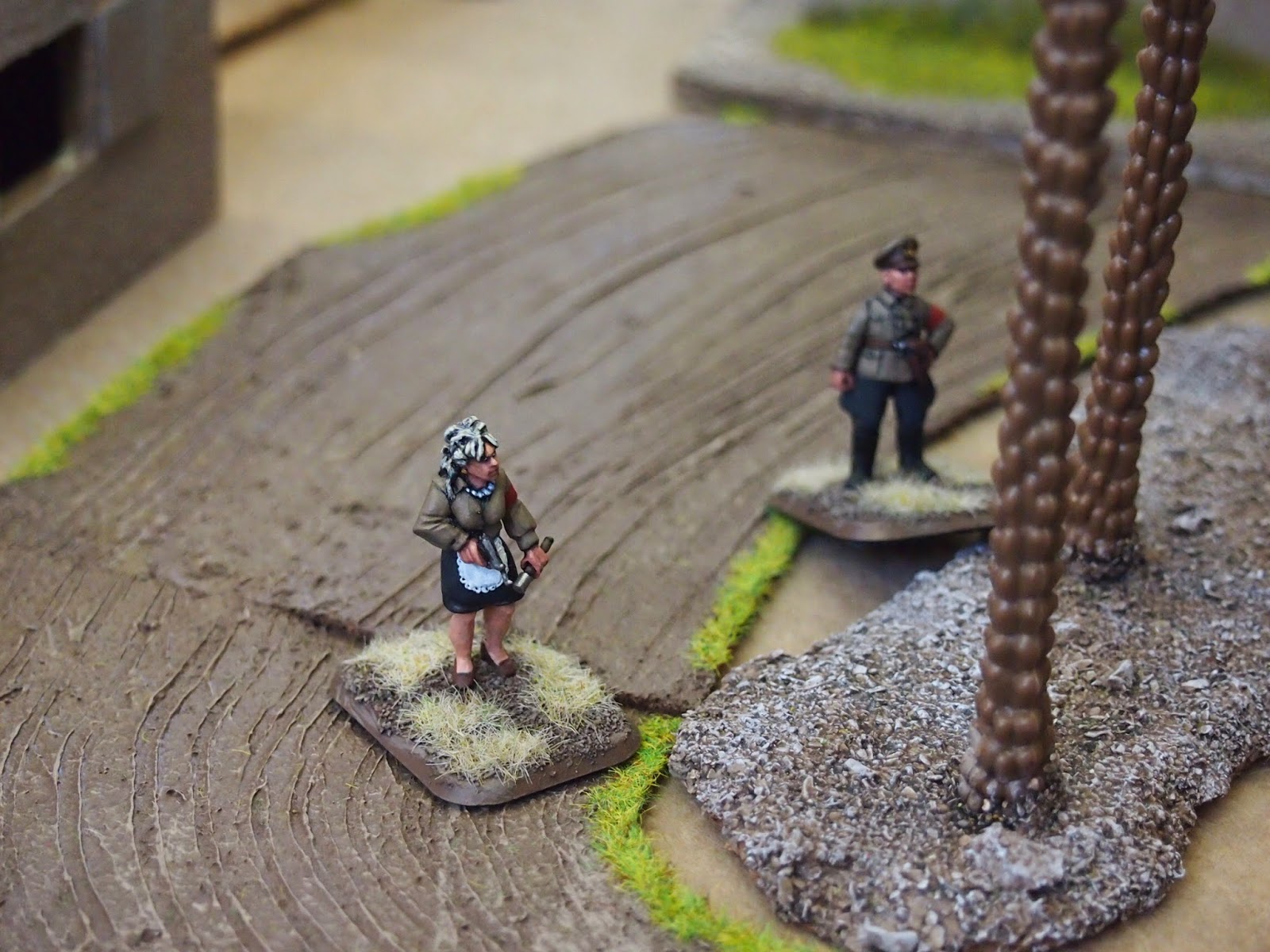 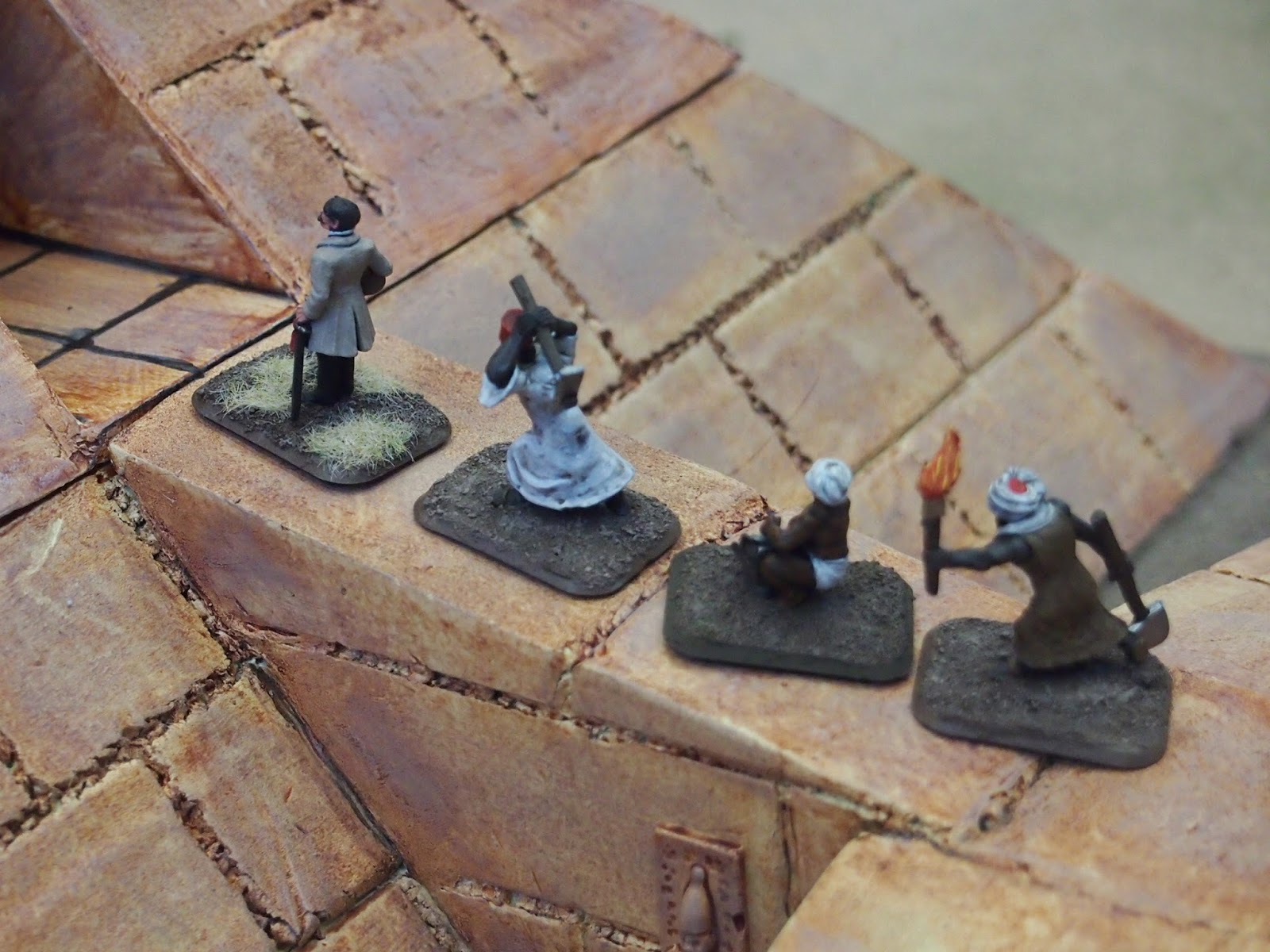 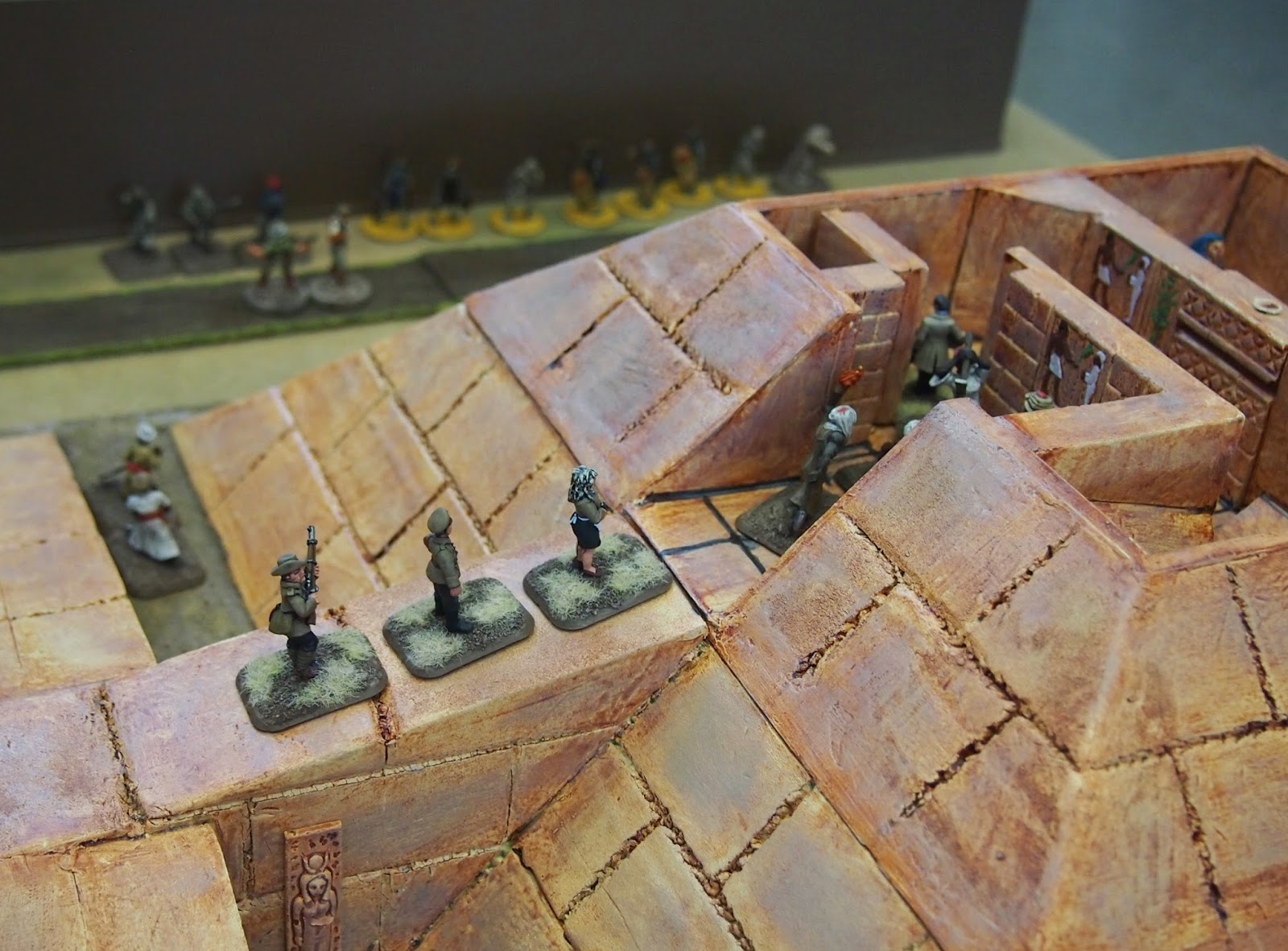 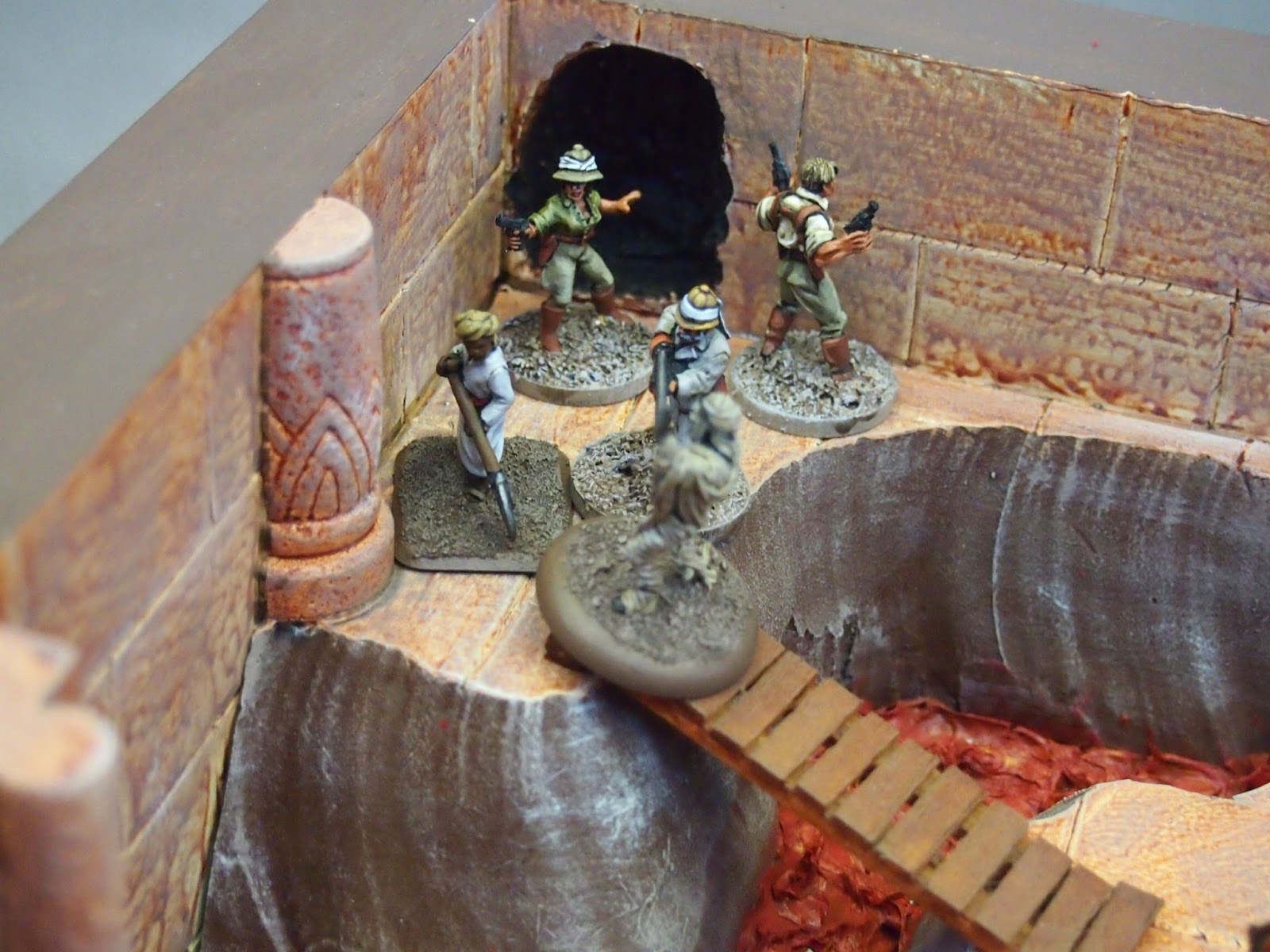 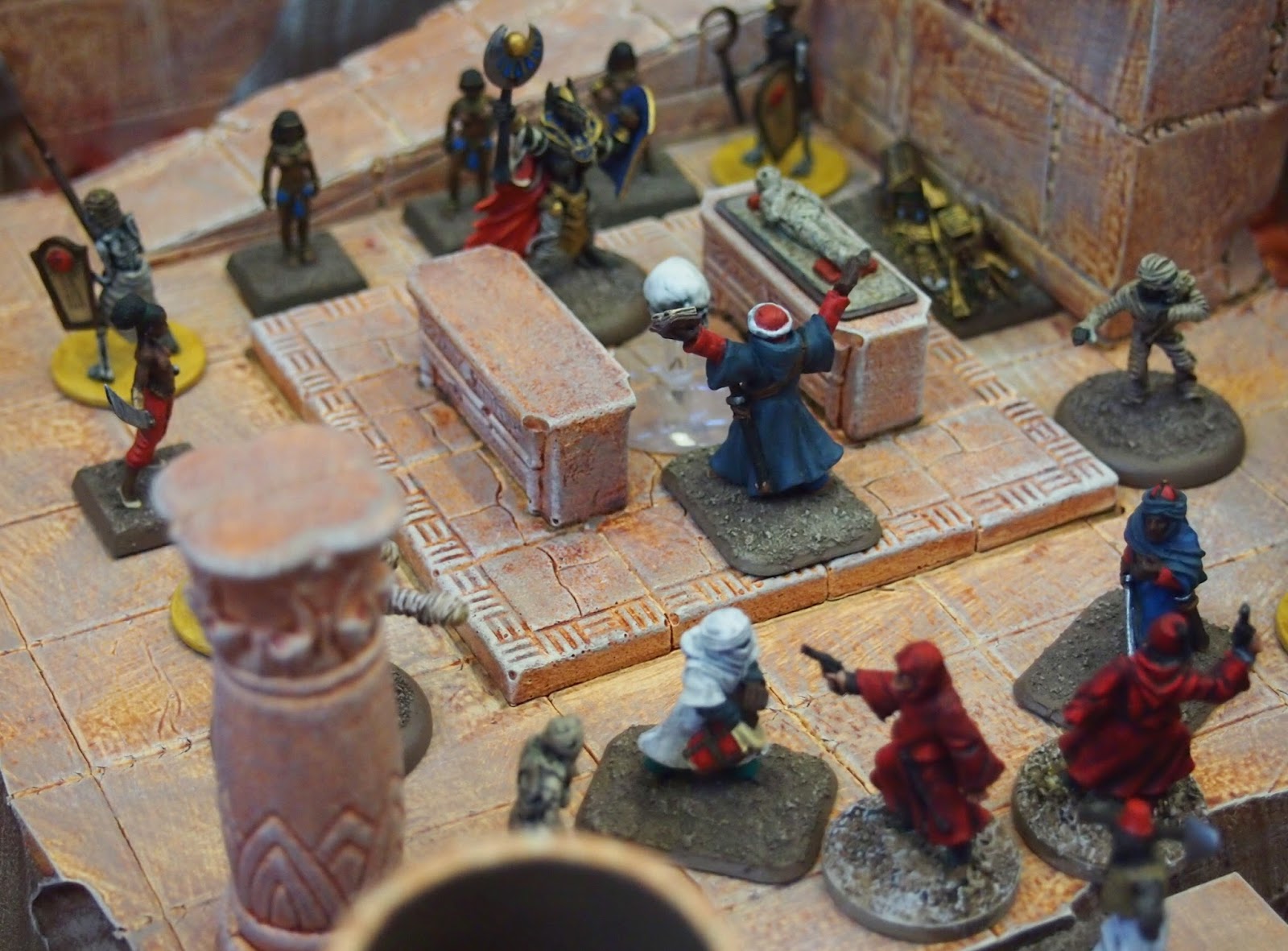 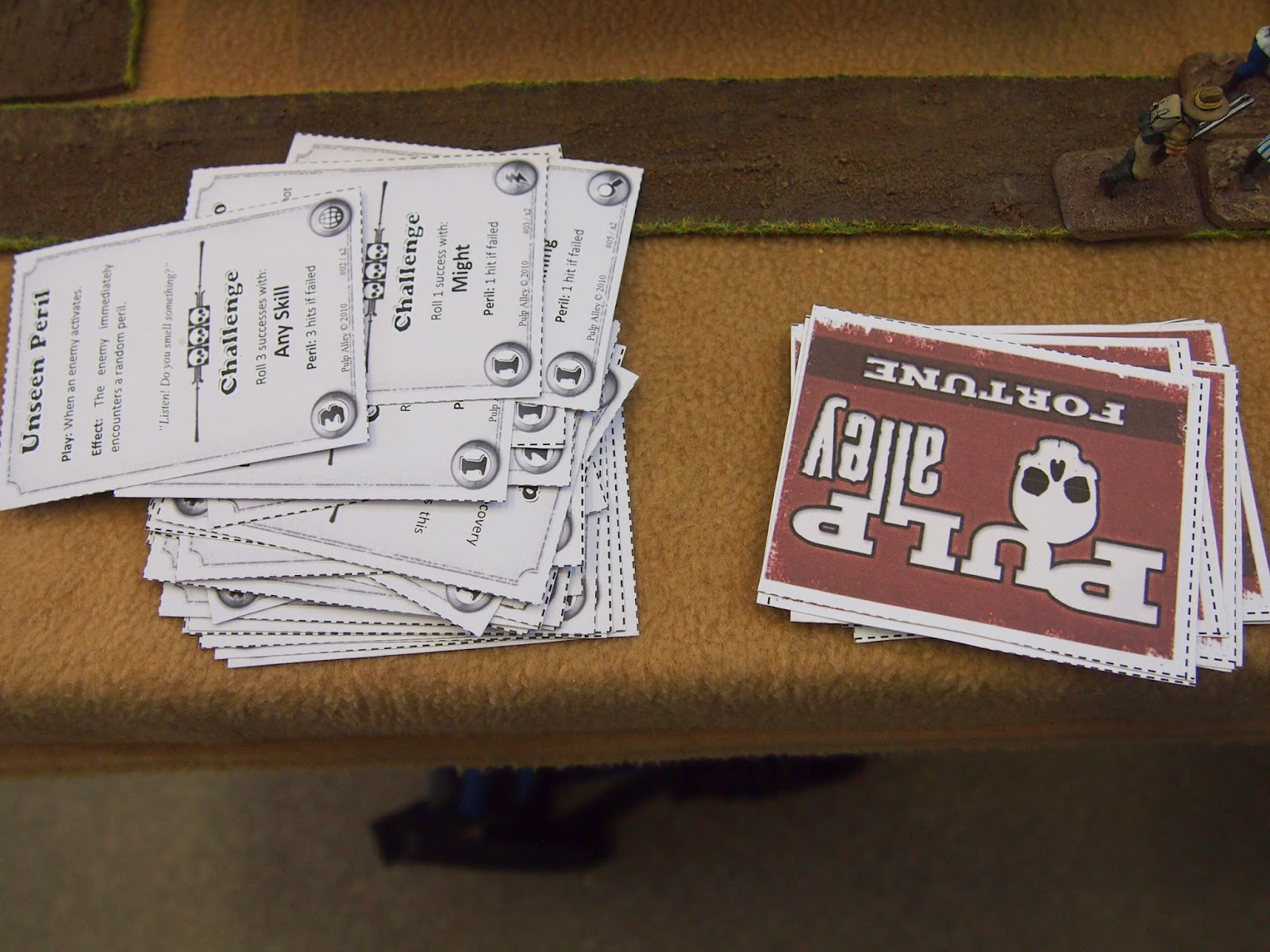